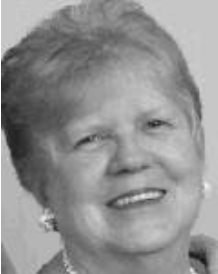 Shirley Newcomer McHugh passed away on Wednesday, March 15, 2017 at her Greenwich home.

She was born on August 19, 1938 in Scranton, PA to Howard Emmons Newcomer and Mary Gladys (Collier) Newcomer. She was raised in Clarks Summit, PA , received her undergraduate degree from Penn State University, and her MSED from the University of Pennsylvania.

She taught for 50 years, including over 40 years in the elementary Greenwich Public Schools, overseas in Germany as a civilian with the U.S Army, and in Pennsylvania and Massachusetts. She actively pursued her passion for travel and different cultures, visiting a multitude of countries on four continents. She shared her love of laughing and playing games with all those around her.

Family was central to Shirley’s life. She was the proud grandmother of Aislynn, Teagan, John, and expecting a granddaughter in June. She is survived by her children, Stacey (Thomas McHugh, Jr.) and John (Katharina Egger), and loving husband, John Richard McHugh, whom she married in 1969 at the Immaculate Conception church in Scranton. She is also survived by her dear sisters, Janet Edwards and Mary Gladys Tomb. Her sister, Dorcus Cloud, predeceased her.

Flowers may be sent to the funeral home or donations may be made to the American Cancer Society. To leave an online condolence please visit www.castiglionefh.com