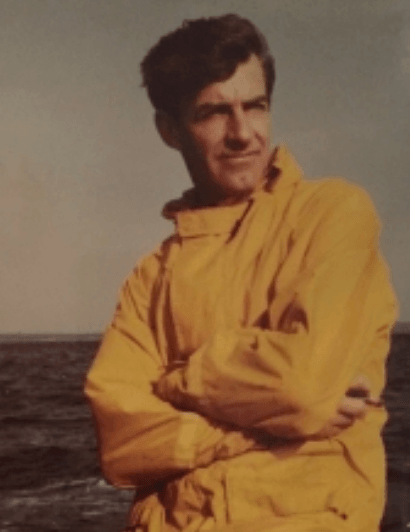 Richard Fraser, world-renowned neurosurgeon, recognized for his brilliant mind, his surgical skill and artistry in the operating room, and his enormous compassion and care for his patients, friends, and acquaintances in medical need, died peacefully, surrounded by his devoted family, on September 14, after a long illness.

Dr. Fraser, a native of Victoria, British Columbia, Canada, attended the University of British Columbia both for his undergraduate and medical degrees. Following medical school, he was a medical resident in neurology and neurosurgery at Vancouver General Hospital, Stanford University Medical School, Columbia University Neurological Institute, where he also held an instructorship position, and The National Institutes of Health.

A licentiate of the Medical Council of Canada, an American board-certified neurosurgeon, a fellow of the Royal College of Physicians and Surgeons, and a member of twenty-two scientific and medical societies, Dr. Fraser published over fifty influential and frequently cited research papers.

He pioneered research into such brain related specialties as cerebral vascular spasm, cerebral ischemia and microvascular surgery. His development of new microsurgical techniques for treating genetic brain disorders and conditions once thought inoperable made him one of the world’s preeminent neurosurgeons.

In 1986, he received an honorary degree at Drew University for “his willingness to take on complicated cases on short notice, to provide nurturing counsel under stress, to use to the fullest his skill of hand and eye and mind, and to champion the finest traditions of the medical professions [to bring] comfort, healing, and prolonged life to hundreds of children and adults.”

His medical accomplishments were vast— extending from groundbreaking neurological research, to innovative and life-saving surgery, to expert consultations in both the film and legal arenas. While proud of his accomplishments, Dr. Fraser remained humble and eager to help, always accessible to those in need, often waiving his fee for care.

In addition to his passion for practicing medicine, Dr. Fraser was an avid history buff. His article, “How Did Lincoln Die?” published in the February-March 1995 edition of American Heritage, provided a fresh and hotly debated perspective on Lincoln’s death.

Dr. Fraser was also an ardent and skilled tennis and squash player, skier, sailor and pilot. He is survived by his wife, Anne Fraser and four daughters, Eliza Fraser (Ned Swain), and Emily Fraser and, from a previous marriage to Gail Manning, Cynthia Fraser (Rob Attwell), and Heather Fraser (James Dungate). He is also survived by two grandsons, Alexander and Carter Dungate.

A funeral service will be held at Christ’s Church, Rye, New York, on Saturday, September 23rd at 11:00 a.m. In lieu of flowers, donations may be made to Christ’s Church Outreach, 2 Rectory Street, Rye, NY,10580.