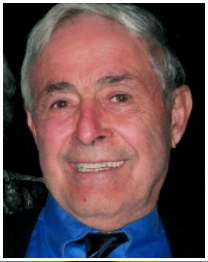 Eugene Patrick Carlin Sr., of Greenwich, passed away Wednesday April 17. He was 86. Born in Port Chester August 1, 1932 to Eugene and Anna Carlin, Eugene proudly served in the US Army during the Korean Conflict. He was a skilled mason and served as the shop steward for the Westchester Local 48 Bricklayer’s Union.

He is predeceased by his dear granddaughter Rachel Sottosanti. To honor his life, a Mass of Christian Burial will be held on Monday April 22, 2019 at 11: 00 am at St. Paul’s R.C. Church, 84 Sherwood Greenwich; followed by interment at St. Mary’s Cemetery ,North Street Greenwich.

The family would like to thank doctors Steven Glasser, Kevin Conboy and James Sabetta for their care and dedication.

In lieu of flowers the family requests donations to be made to Kids in Crisis in his name.