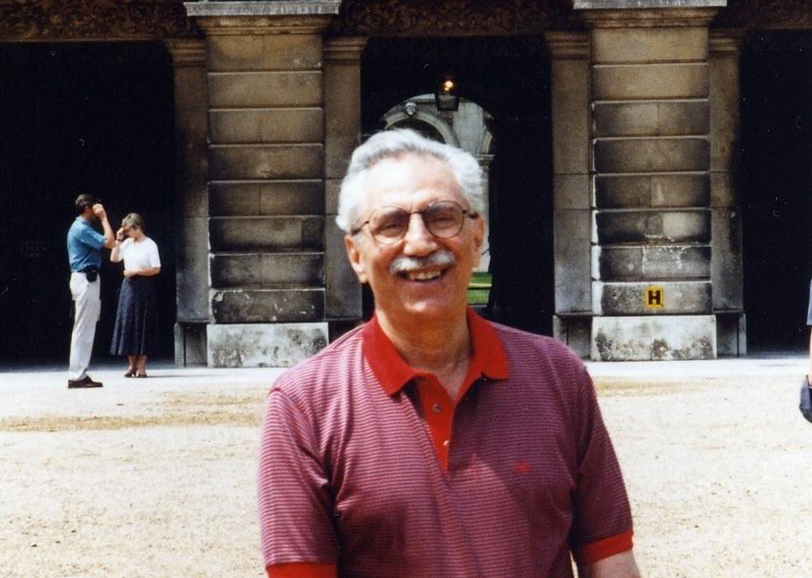 Carmen “Brad” Incorvaia, of Riverside and Old Greenwich, Connecticut, passed away peacefully at The Nathaniel Witherell in Greenwich on March 29, 2018, surrounded by his loving family. Brad was born in Brooklyn, New York, in 1926, to Victoria (Russo) and Giuseppe Incorvaia. The second of five children, Brad grew up in Brooklyn and attended Sacred Hearts and St. Stephen grammar school and Boys High School.

Following graduation from high school in 1944, Brad enlisted in the United States Coast Guard and served on the USS Uniontown, which was engaged in convoy escort operations in the Atlantic during the war. Following his military service, Brad married the love of his life, Vincenza “Vinnie” Carlopio, beginning a marriage that lasted until Vinnie’s death in 2013. Brad made his living as a hairdresser, working for most of his career at the salon at Martin’s Department
store in Downtown Brooklyn, which he managed for many years until its closing in the 1970’s. Brad and Vinnie sunk their roots in Brooklyn, raising and educating their children there and enjoying the warmth of their large extended Italian family.

Brad continued to work until 2006, when, at the age of 80, he and Vinnie moved from Brooklyn to the Gables at Old Greenwich, Connecticut, to be closer to family, and where they thoroughly enjoyed their role as actively involved grandparents, being part of a small, friendly community, and participating in parish life at St. Catherine of Siena in Riverside.

Brad is survived by his children, Amy Kohut (Mike) of Edison, NJ, and Joseph (Kate) of Riverside. He was predeceased by his wife, Vincenza (‘Vinnie”).

To honor his life, family and friends will gather on Tuesday, April 3 from 4:00pm to 9:00pm at the Greenwich location of Coxe & Graziano Funeral Home at 134 Hamilton Ave in Greenwich.

A Mass of Christian Burial will be held at St. Catherine of Siena Church, 4 Riverside Avenue, Riverside, CT on Wednesday, April 4,
at 10 AM. Interment will follow at St. Mary’s Cemetery in Greenwich.

Memorial contributions in Brad’s name may be made to St. Catherine of Siena Church. For more information or to place an online condolence, www.coxeandgraziano.com.