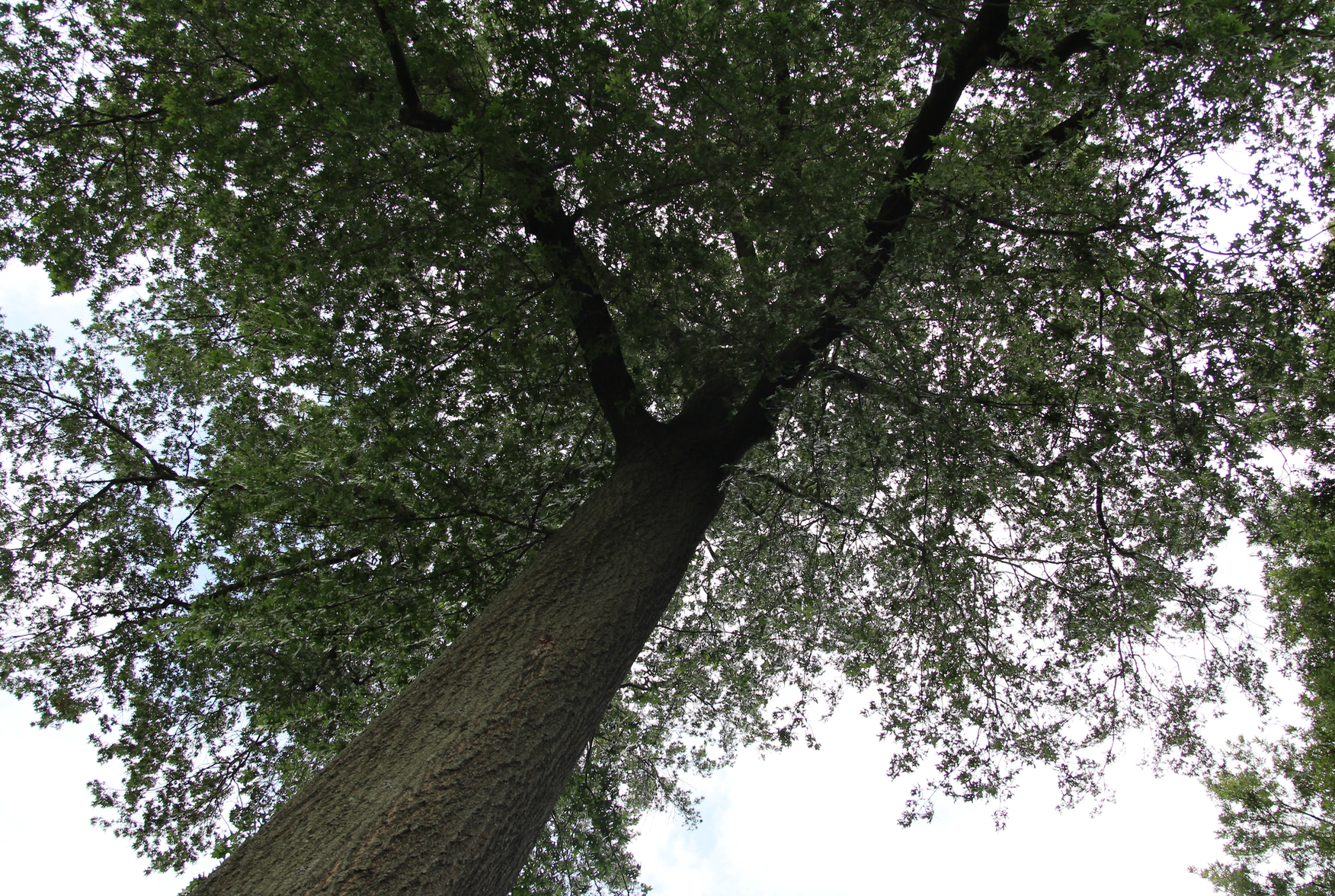 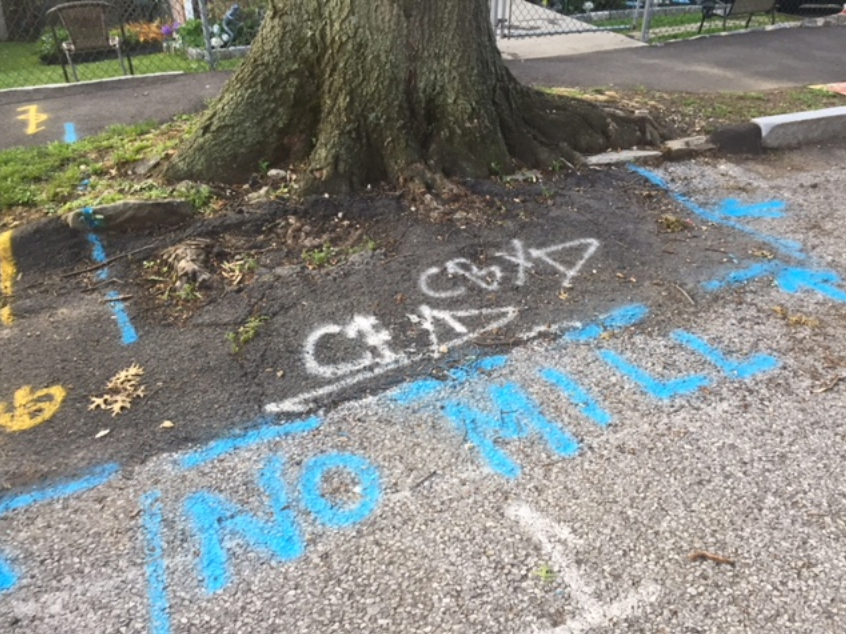 “Based on my investigation and research of the circumstances associates with these trees and taking into account the concerns of parties presented at the public hearing and correspondence received, my decision is not to remove the two Pin Oak trees as the proposed milling preparation activities has avoided causing any damage to these trees,” Spaman wrote in his decision on Tuesday, July 31.

Spaman noted that the trees are 70-80 feet tall, with trunk diameters of 37 and 35 inches respectively and that the proposed milling by DPW  for preparation of repaving of the street would have had to remove the structural roots causing possible stability issues, which could cause the failure of the trees.

Last week, neighbors turned out to defend the tree’s right to stand. Matt Popp said he moved from Chestnut Street to Mead Ave precisely because it was lined with trees.

Members of the Highway Division of DPW, Superintendent Joseph Roberto and Peter Kurpeawski attended the meeting, explaining they had brought the fate of the tree to the Tree Warden’s attention because they plan to do milling and paving on Mead Ave.

Kurpeawski also said the roots coming up over the curb are a “road hazard.”

Spaman said his department received letters and correspondence objecting to the removal and that triggered the public hearing. 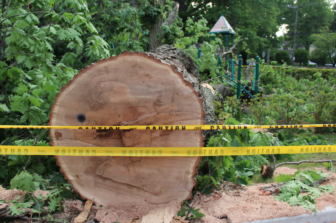 A neighbor of the tee, Matt Popp, who also teaches at Riverside School said the Highway Dept cut roots of huge trees next to the school’s playground, and that as a result a massive tree fell across the playground. He said if it weren’t for the children being on a field trip that day, they’d have been on the playground when the tree fell.

Neighbors whose house is closest to the tree came to ask the tree warden to cut it down. Kasie Peralta and John Lambertson said the tree casts shade on their lawn and prevents them from planting grass. Lambertston said he planned to put aluminum siding on his 1885 house and didn’t want it damaged. 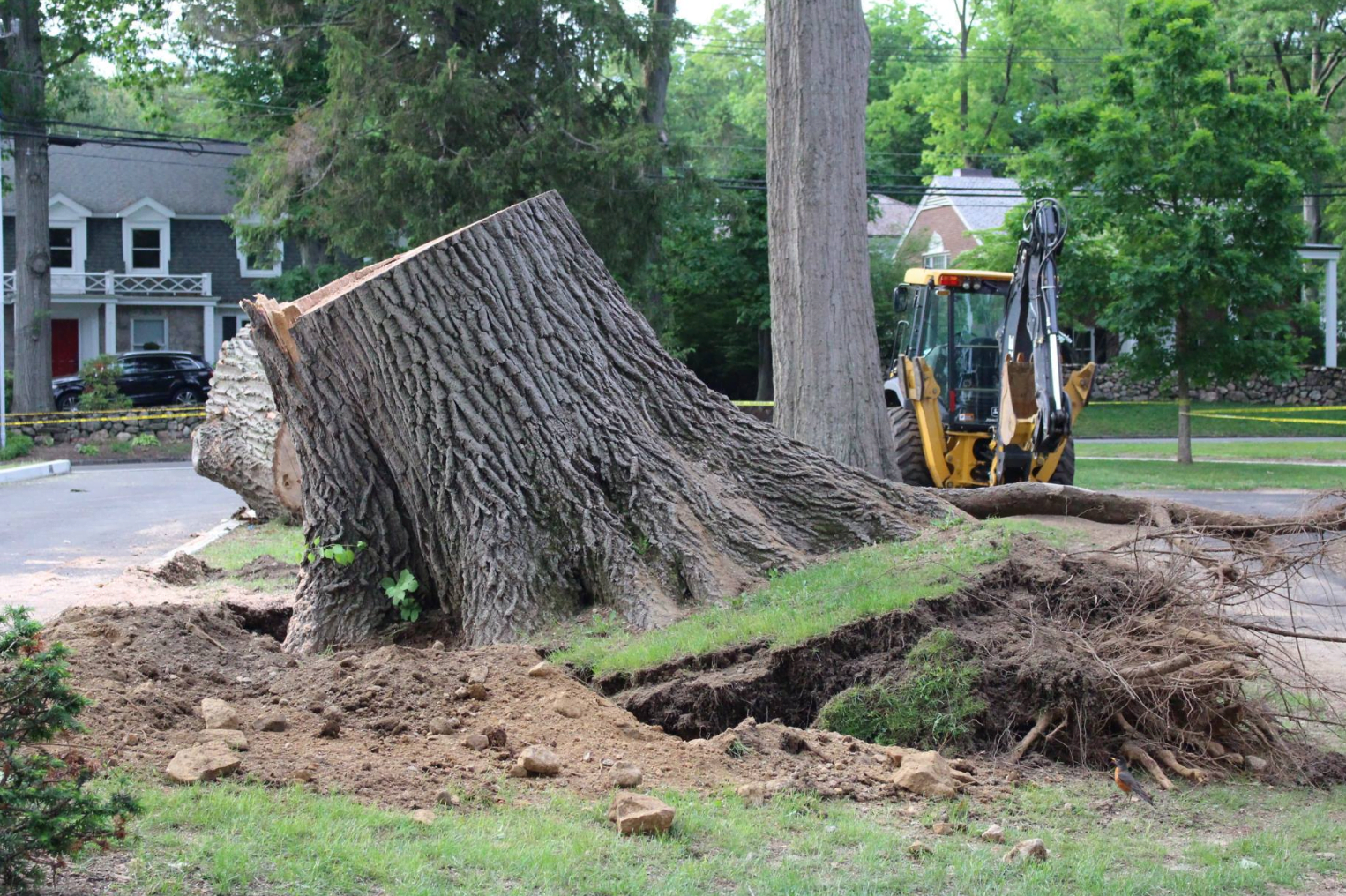 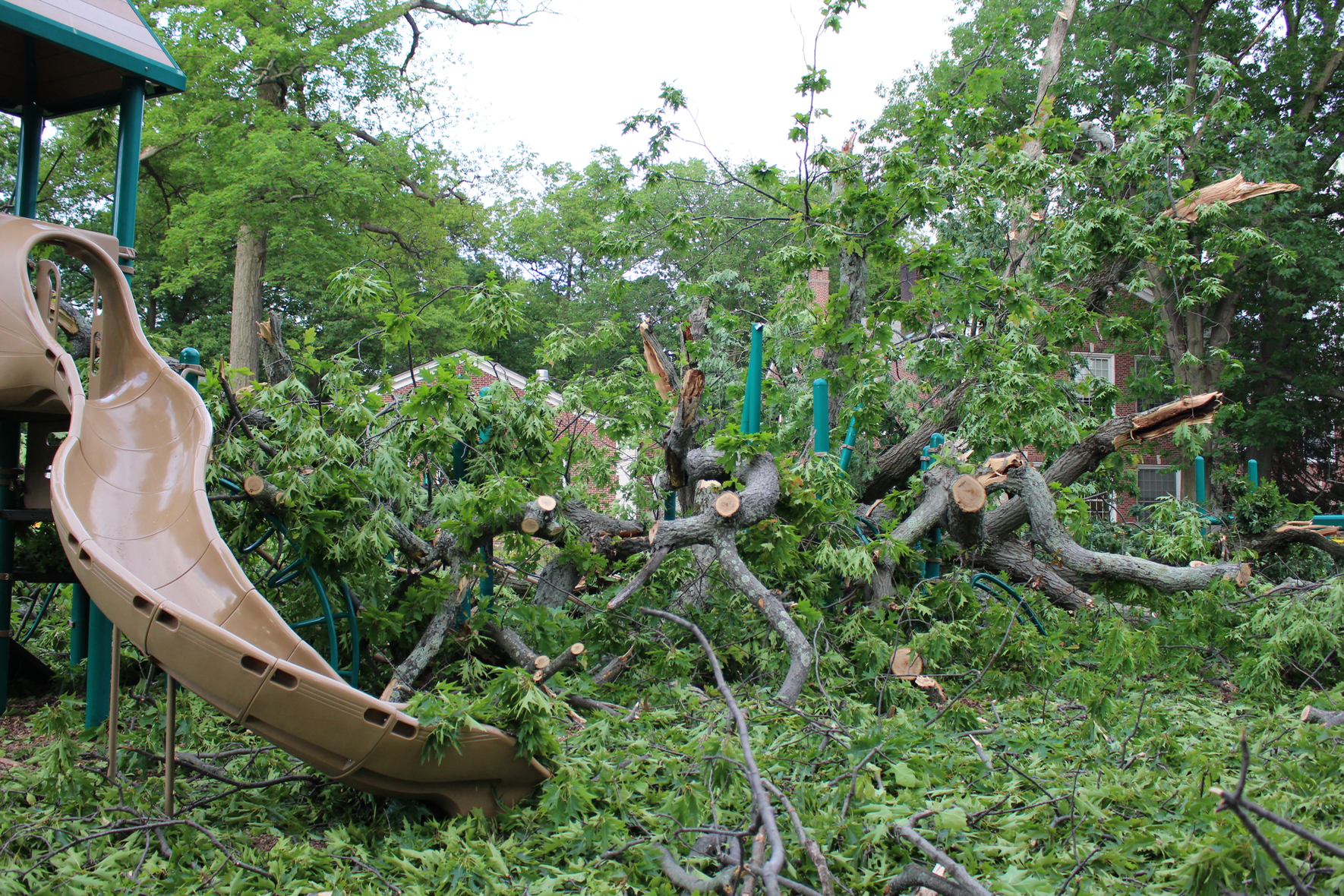 Tree that fell at Riverside School. 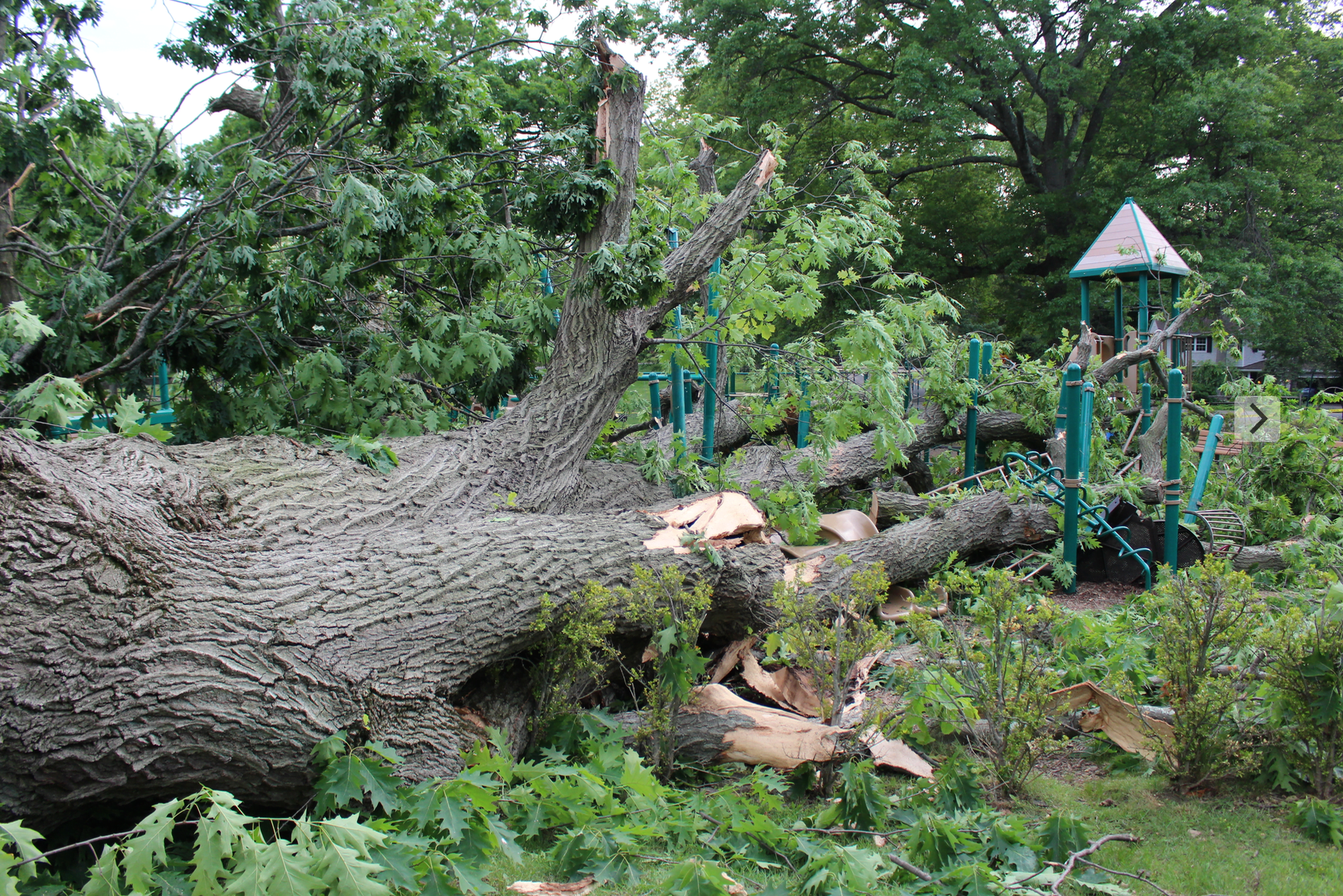