Following are results of the RTM votes for each district, courtesy Registrars Office at Greenwich Town Hall.

According to Republican Registrar of voters Fred DeCaro, in District 1, although there appeared to be a tie, there were just two people with the same number of votes. In fact, there were 18 candidates and 18 winners.

In District 3 where there was a tie, one candidate, who was not one of the lowest vote-getters, is resigning and therefore there will be no recount. 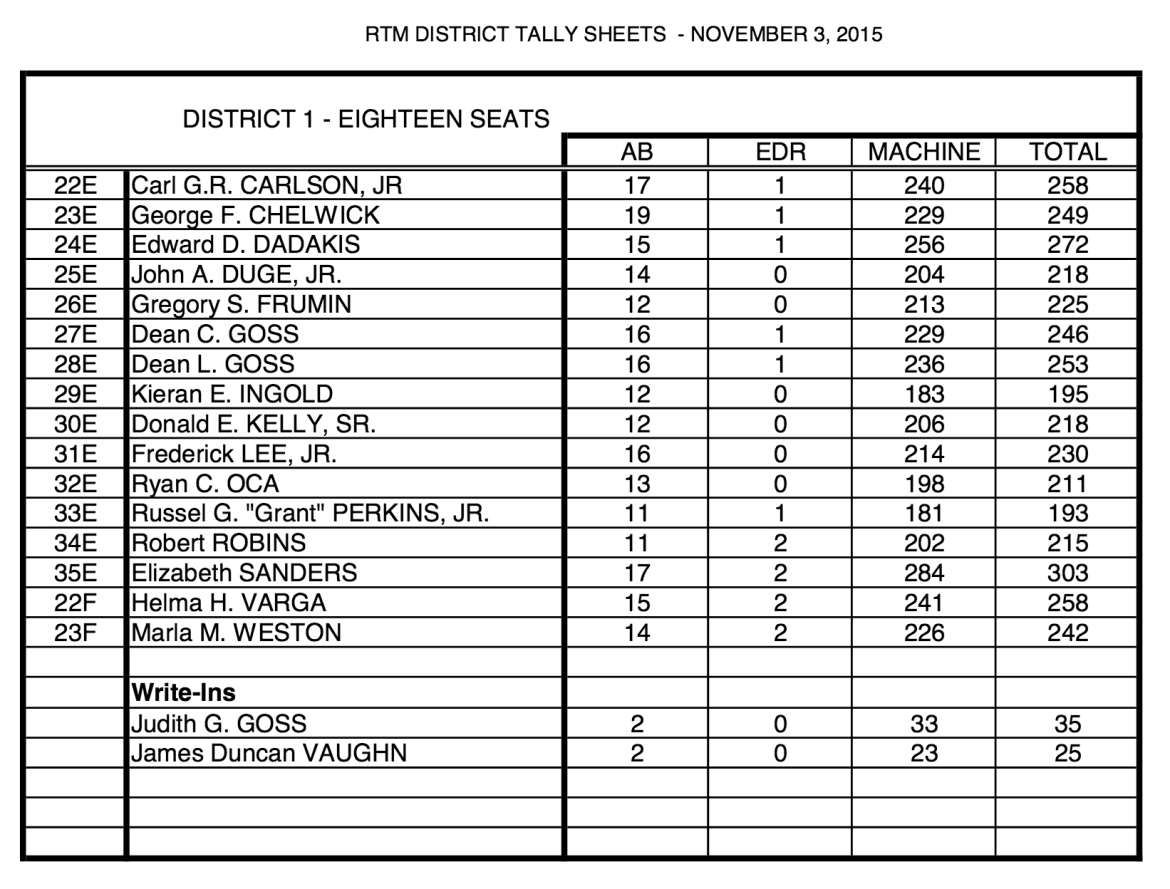 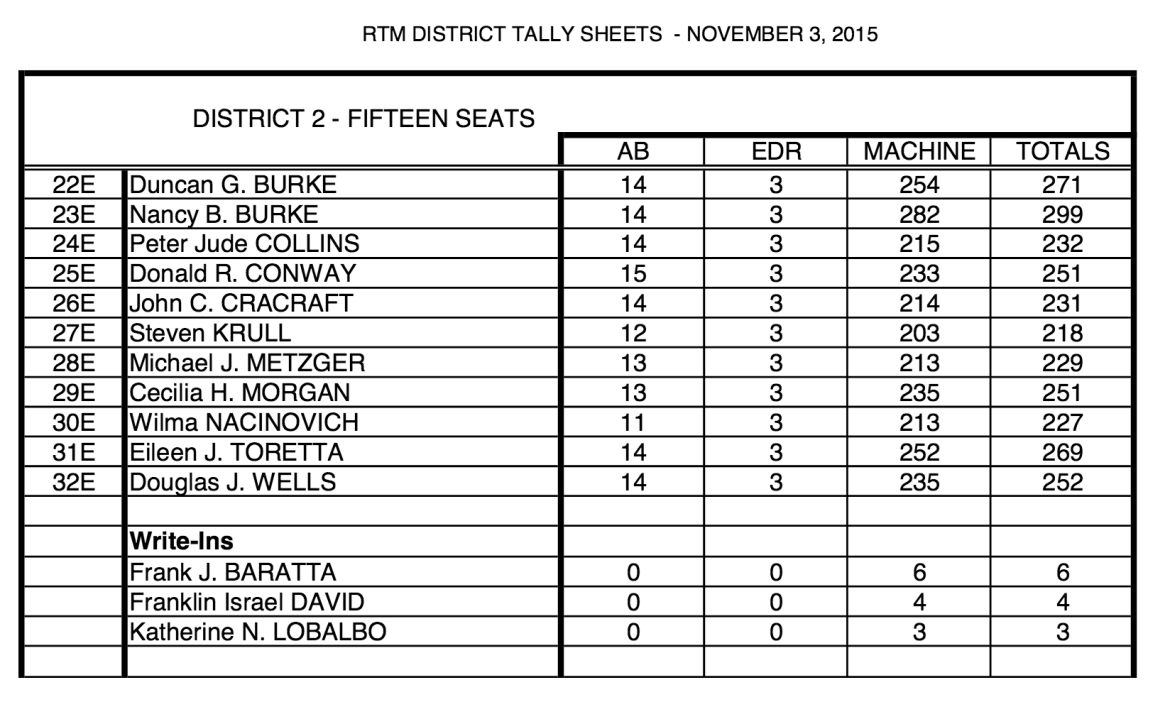 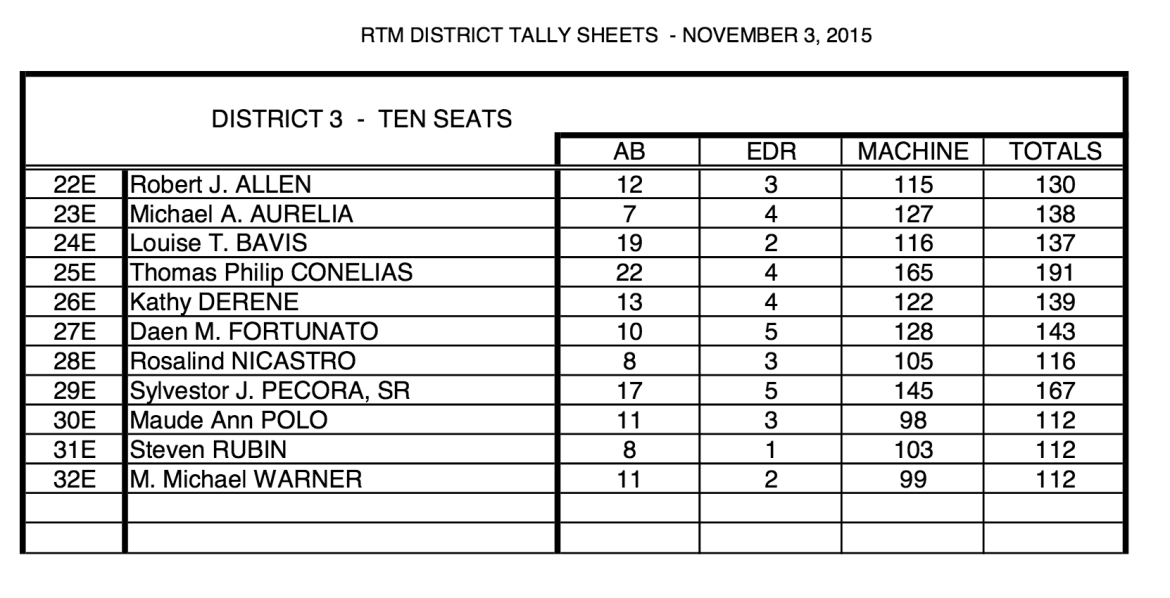 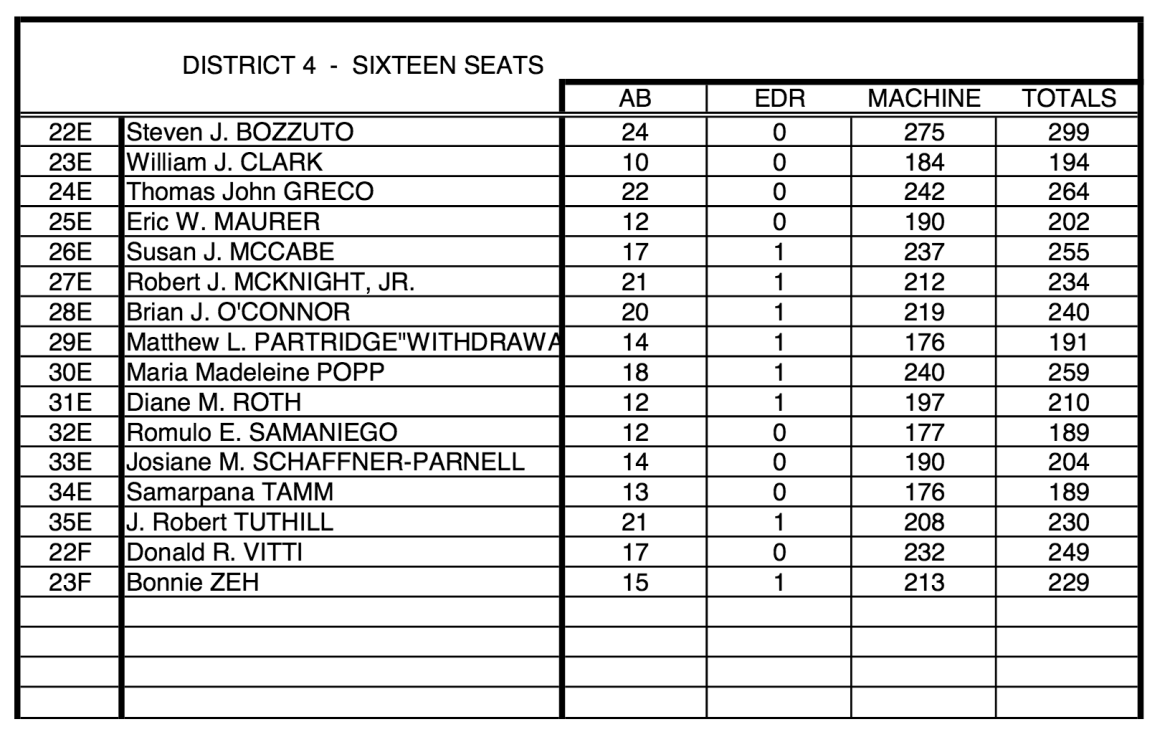 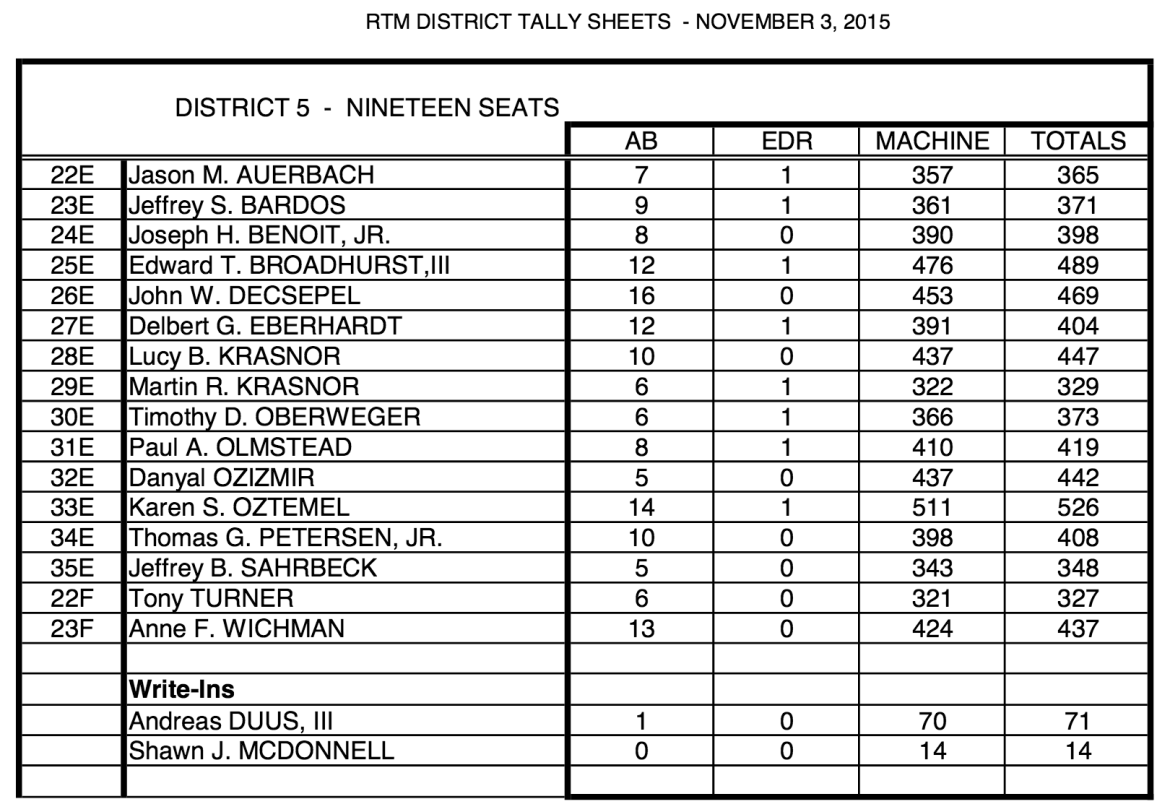 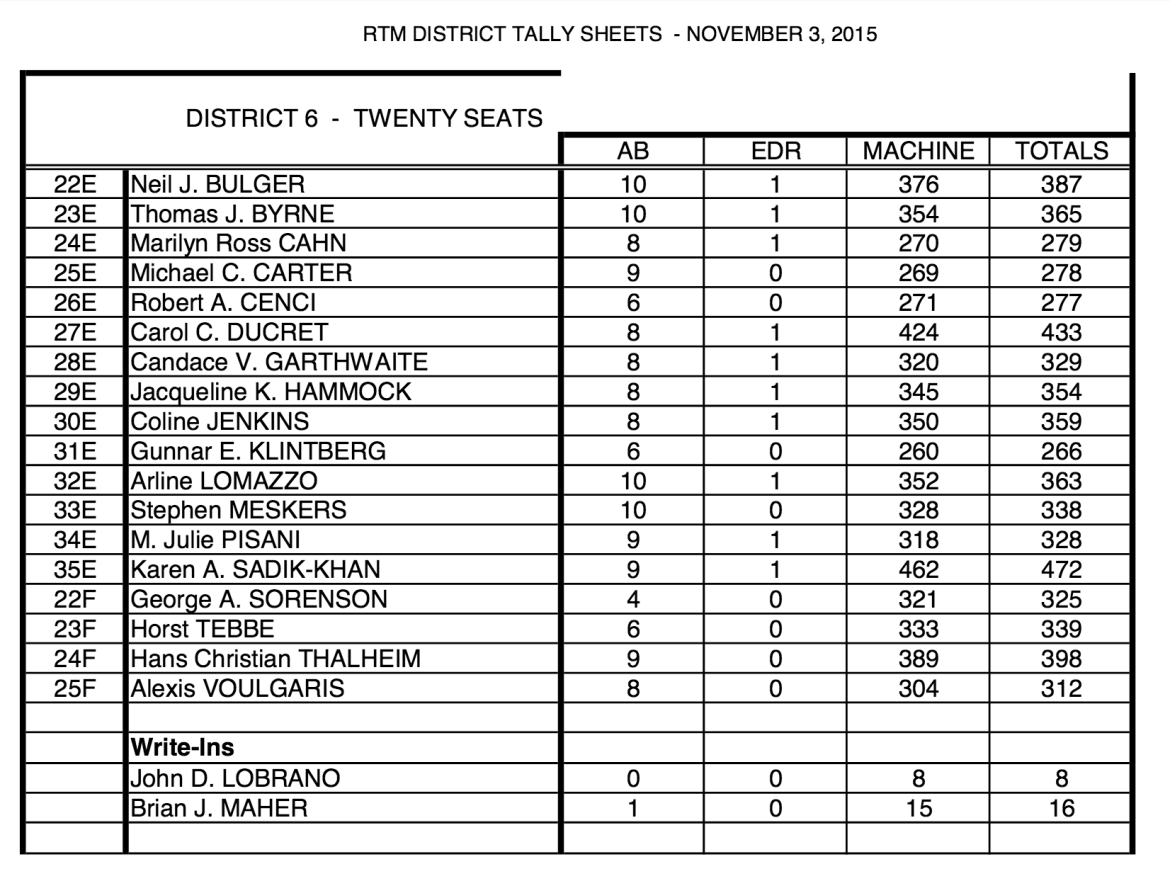 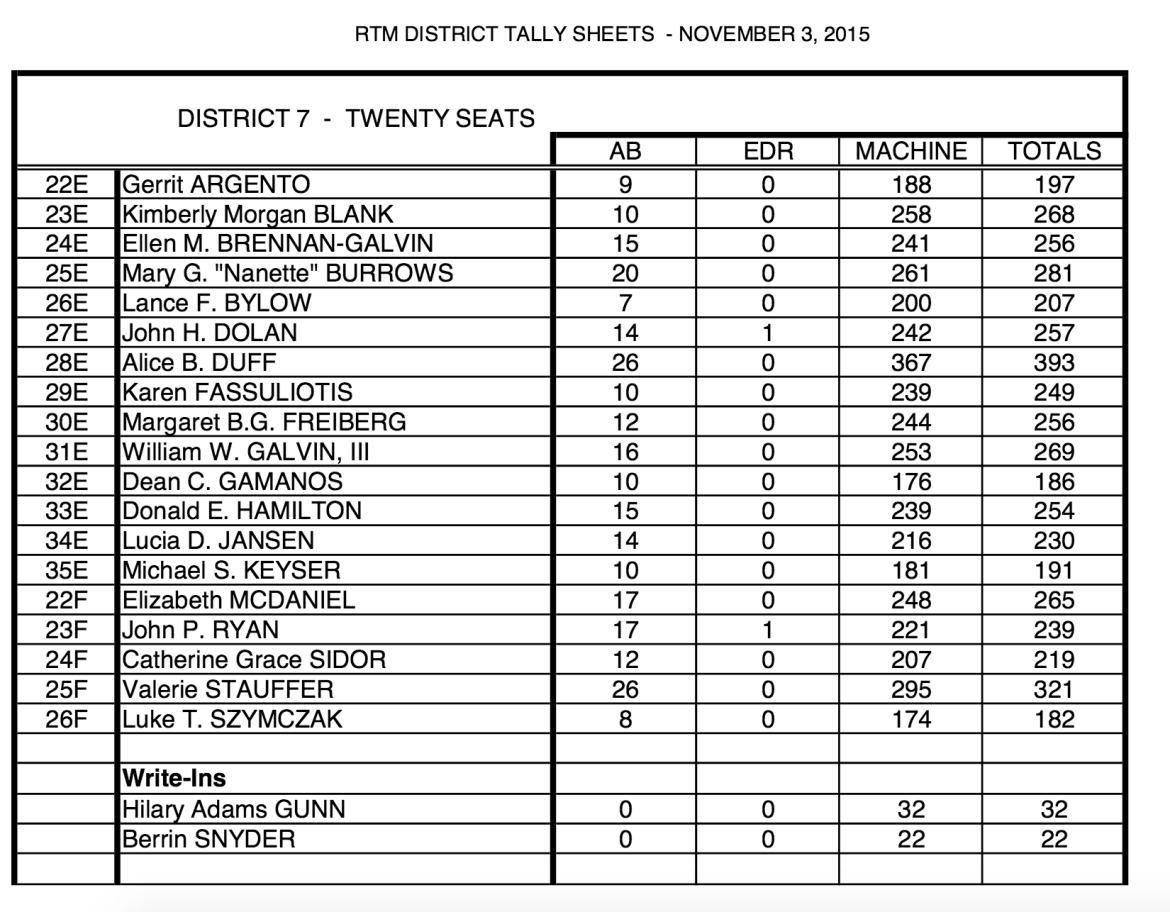 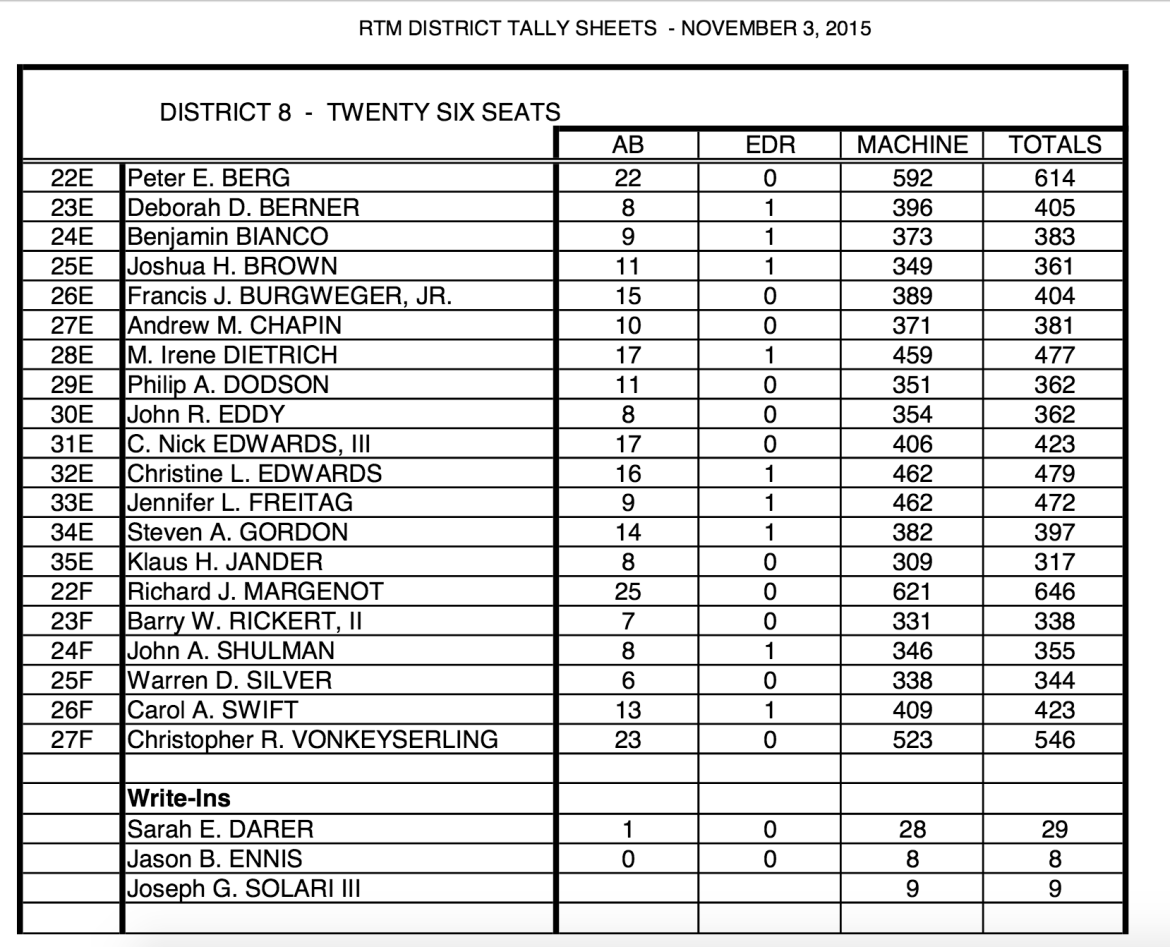 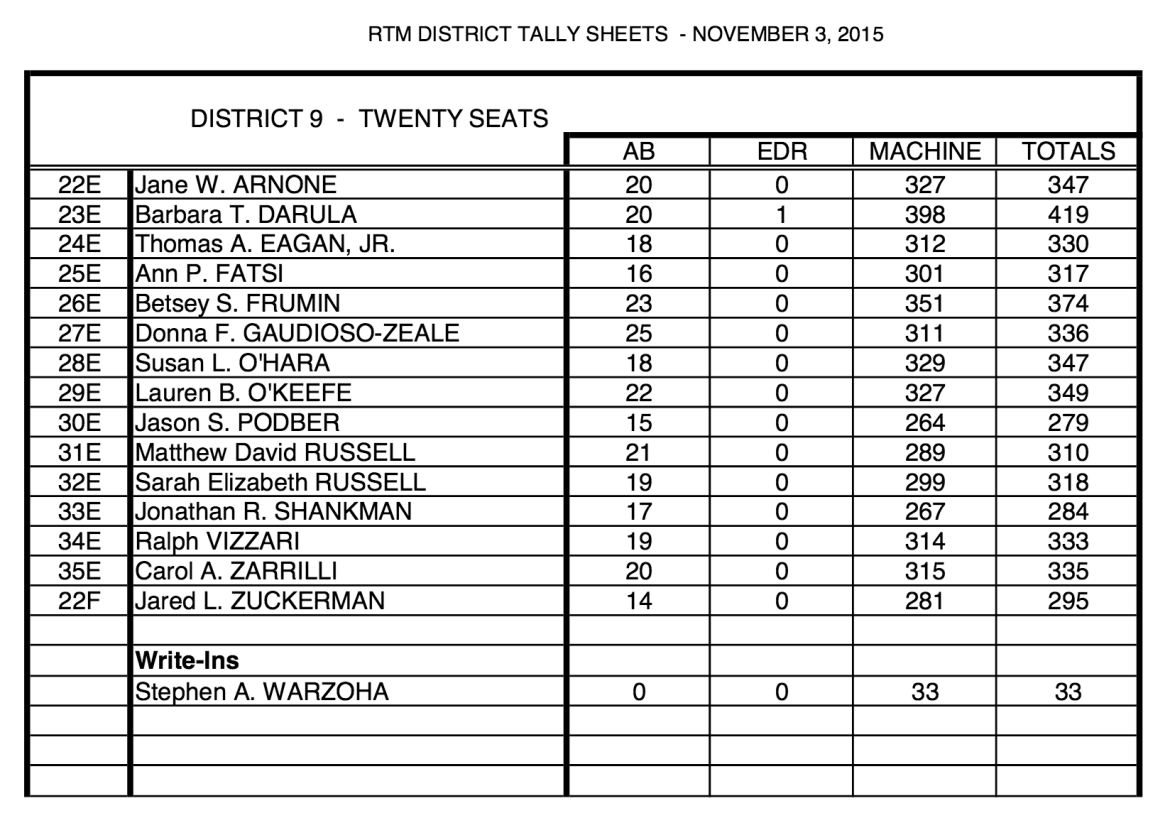 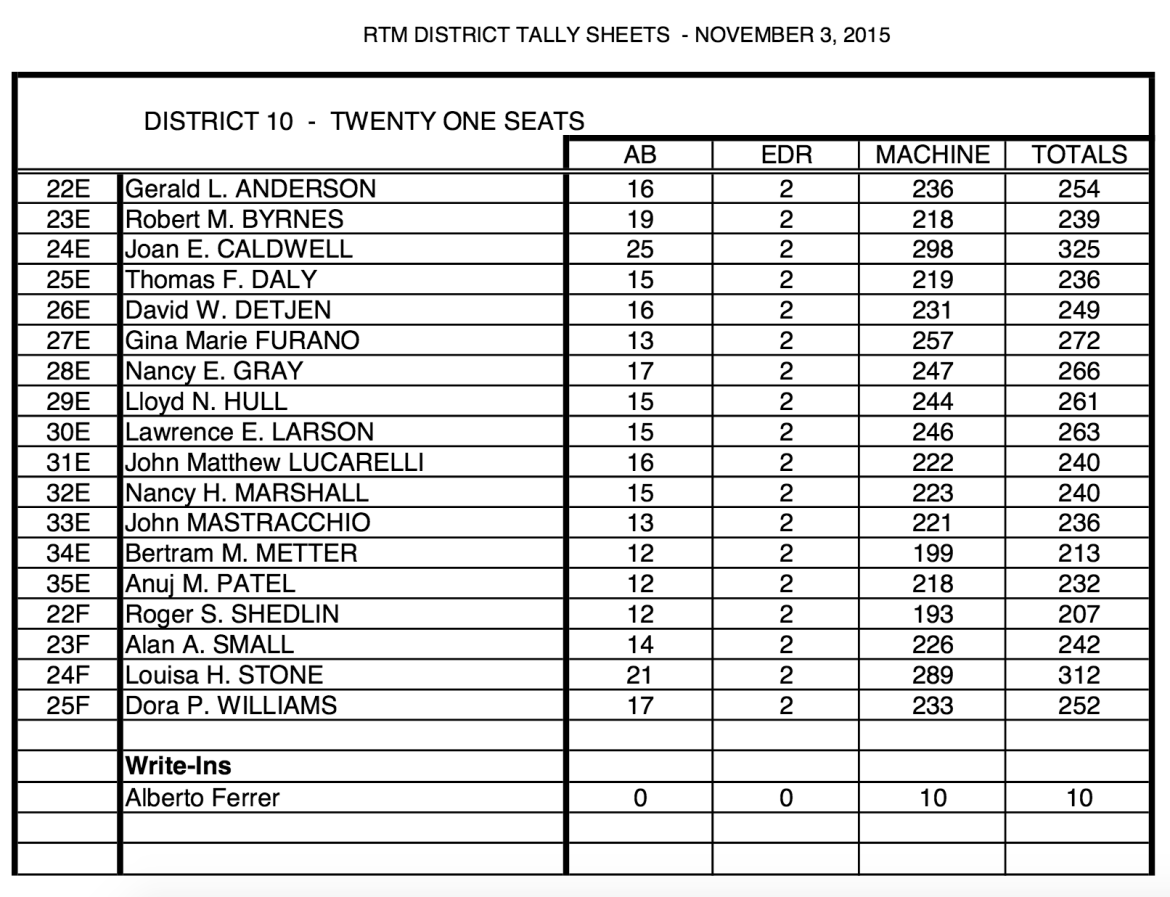 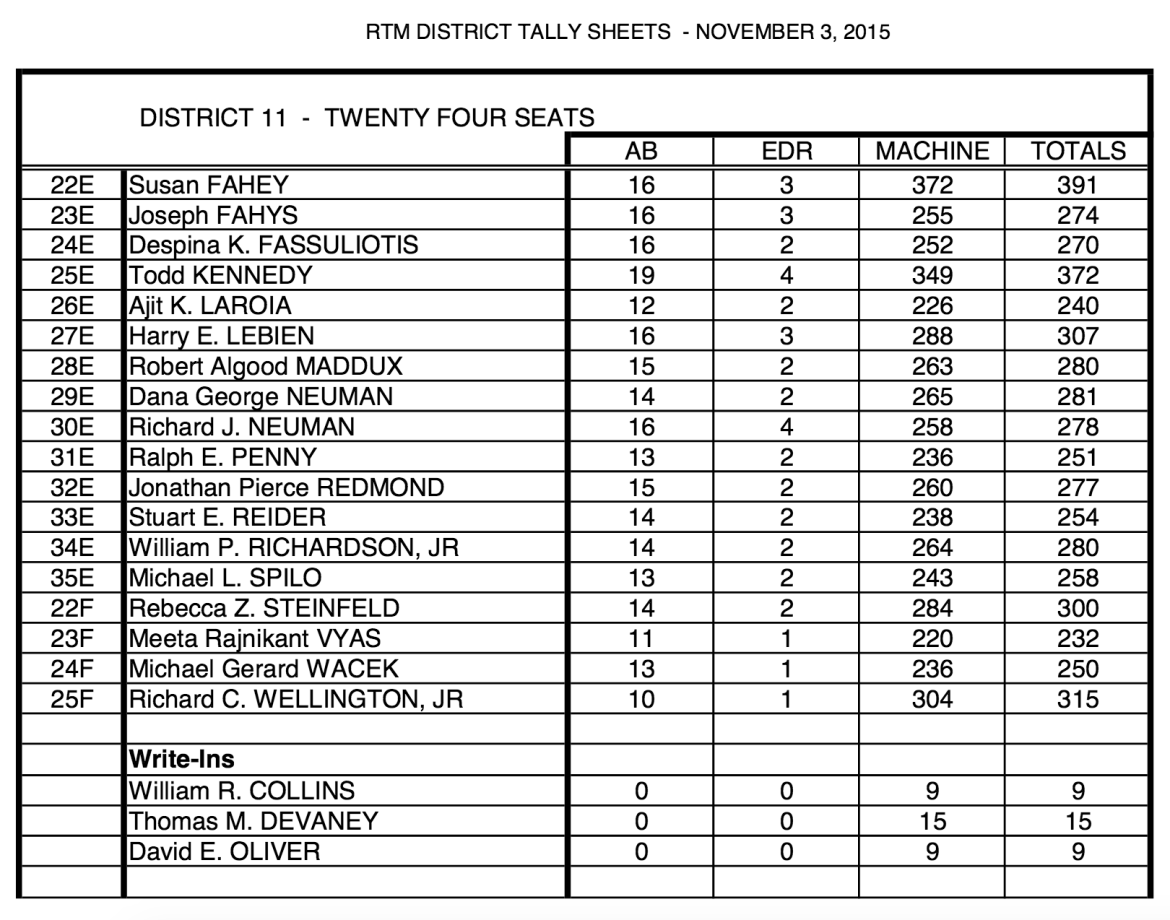 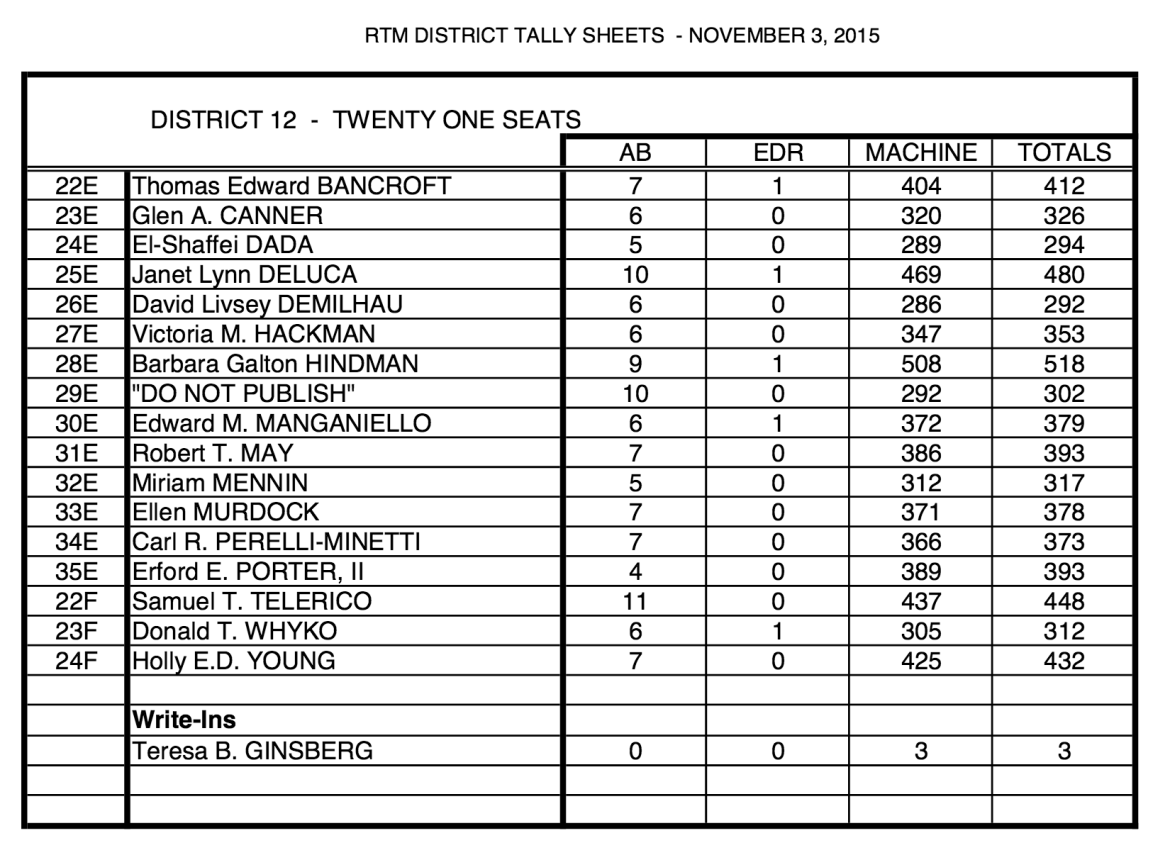