A 5.6 acre property at the intersection of Comly Ave and Pemberwick Road once included the Ward Bolt & Nut factory went before the Planning & Zoning Commission. For a time, the property was home to the Mead School.

Today the buildings along the Byram River are office space.

Unfortunately, for the owner of the property, in today’s real estate market, office space in western Greenwich is not so much in demand as residential units. 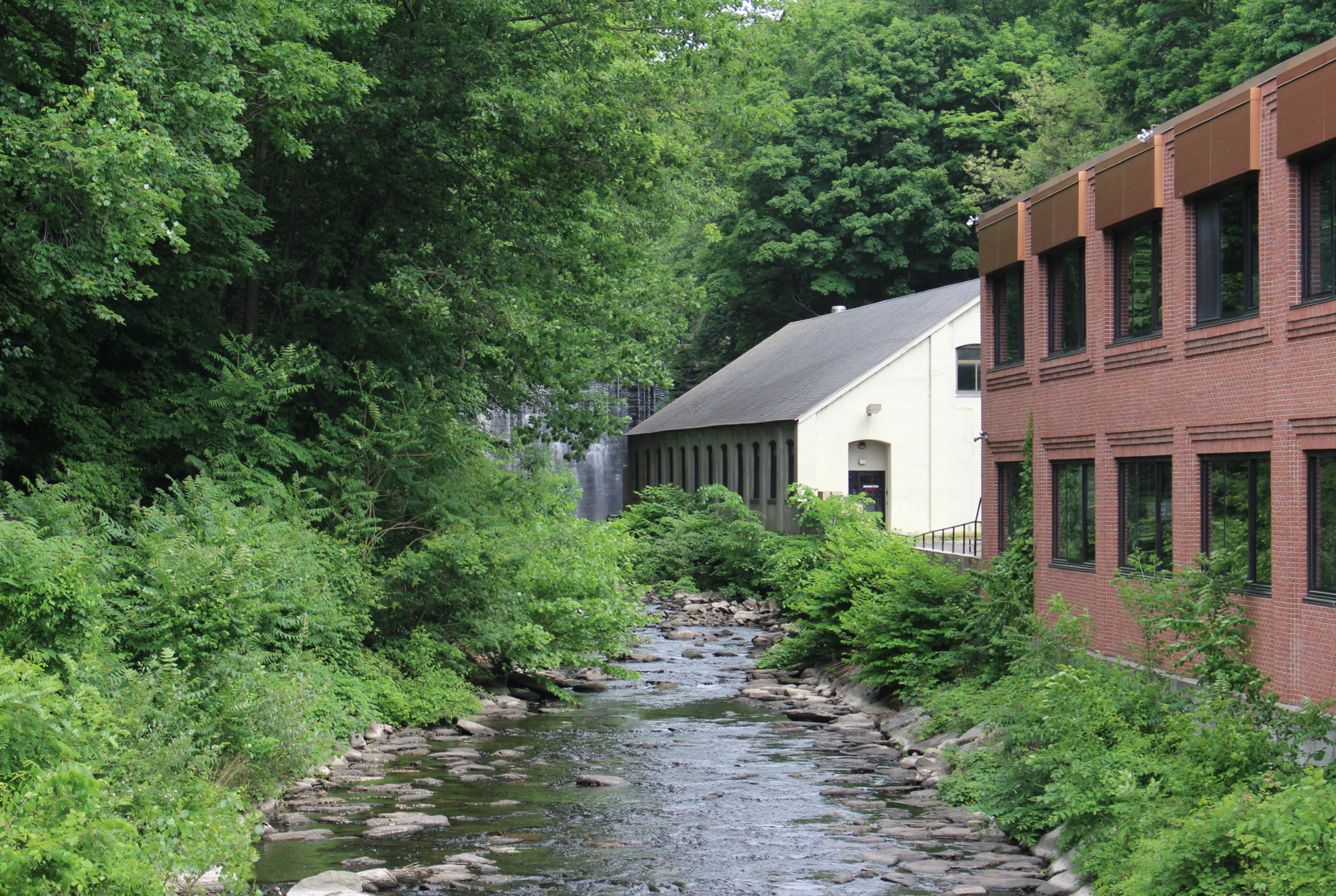 The property that includes the former Russell, Burdsall and Ward Bolt & Nut factory (in background) at the intersection of Comly Ave and Pemberwick Rd, is now an office complex. June 2015 Photo: Leslie Yager

On Tuesday night applicants WH Parcel 1 LLC, and WH Parcel II LLC – both registered to Aldo Pascarella – went before the P&Z commission for approval for a final site plan to convert the second floor of “South Mill Building,” built in 1988, from office use to residential use. 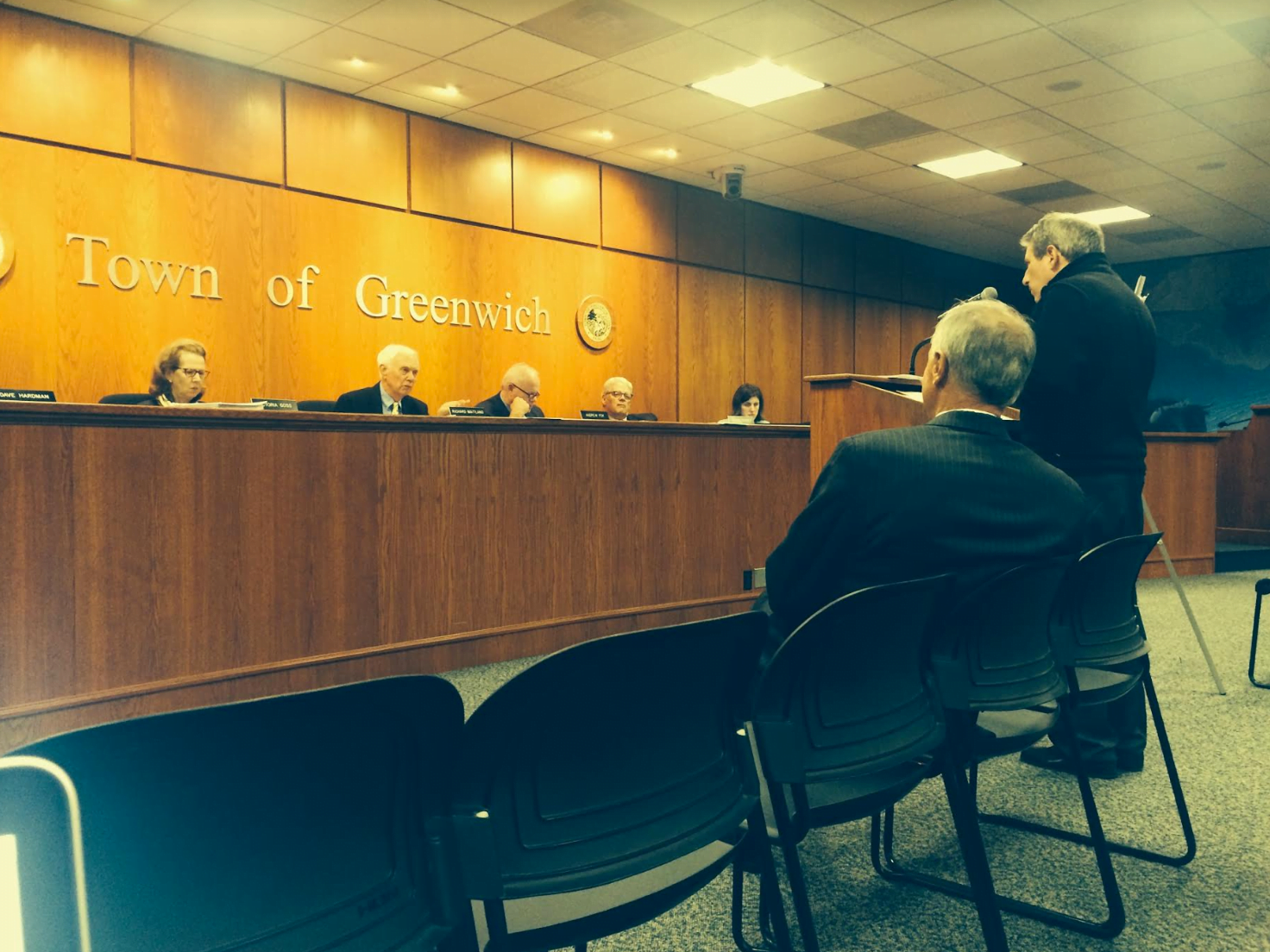 Specifically Pascarella proposes 15 residential units of which eight will be one bedroom units and seven will be two bedroom units. All will be rental apartments.

Attorney John Tesei said his client, Aldo Pascarella, is envisioning “a grander design for future use of the property, and it is all residential.”

“It’s driven by the realities of the marketplace for our client,” Tesei said. “Western Greenwich office space is very difficult. But the market for apartments – not condos – is vibrant,” he said, adding, “though you don’t get the rents from residential.”

According to the application the property’s zones are GBO, LB and R-7.

For the conversion to residential, no new construction is taking place, so the site would remain “as is” in terms of its size.

Tesei noted the South Mill building is tied into the parcel to the west, and that the river is part of the property.

There is a wood and steel bridge that connects the office buildings to the parking lot to the west.

P&Z files indicate there are 153 parking spots there, in addition to 57 spots on the Pemberwick Road side (east side) of the property.

Parking requirements are less for residential than for office use. 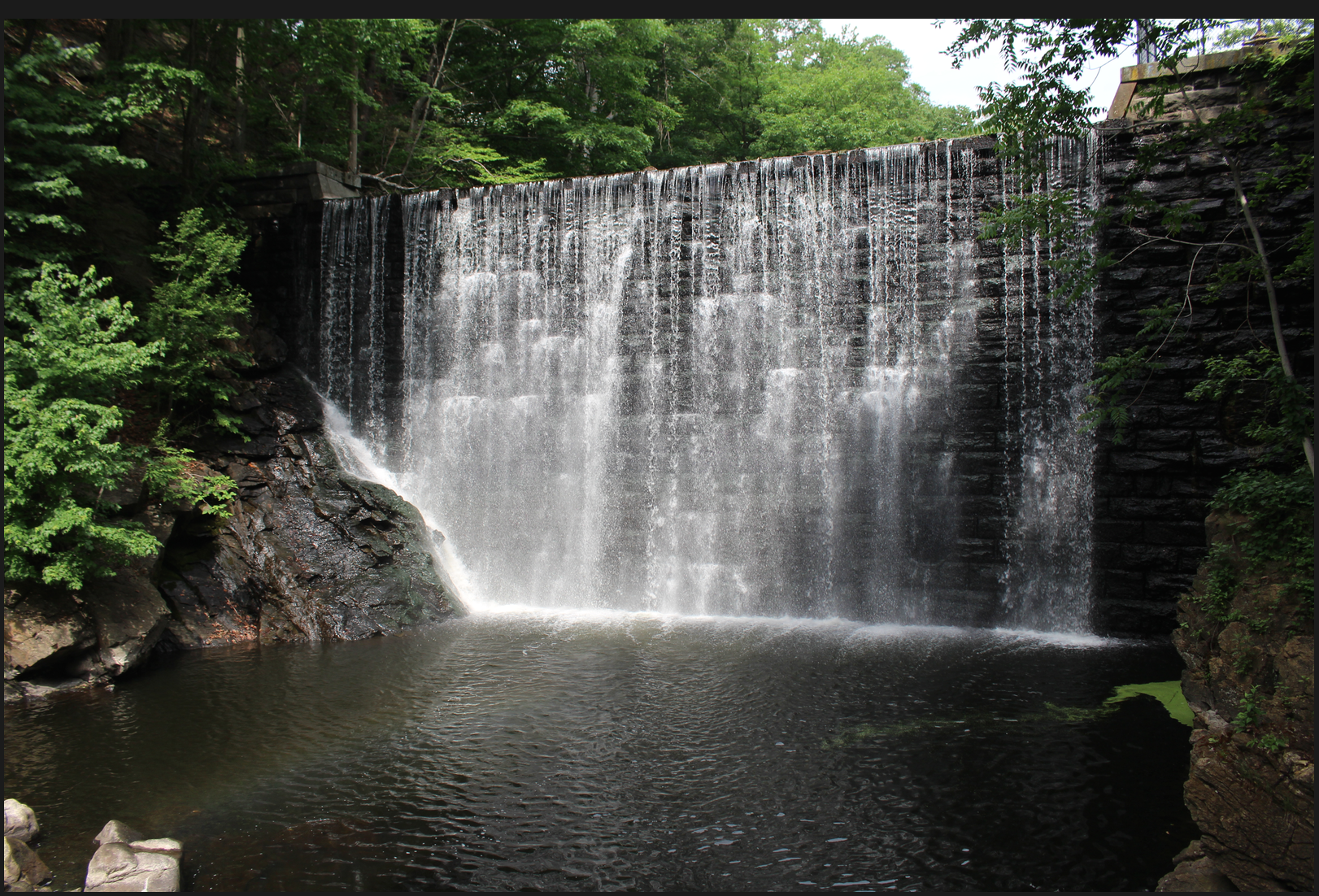 One of two dams on the Byram River in Greenwich, this is beside the site of the former nut and bolt factory in Pemberwick. June 1, 2015 Photo: Leslie Yager

“We created two parcels,” Tesei said. “There is a cross easement in effect with regard to the now office building’s use of parking.”

A P&Z summary on file notes that the property was recently reviewed and approved to separate two lots by ownership, while maintaining one zoning lot for purposes of conforming with Town zoning regulations.

A substantial conservation easement exists over the north side of the 0 Comley Ave property.

According to the P&Z summary on file, “the subject property was the subject of an approved rezoning, Site Plan and Special Permit (FSP #1234) in 1987. The 1987 approval permitted use of the existing buildings on the east side of the river as office, and development of the west side of the river for 21 unit residential development over 150,000 cubic feet in volume. The residential portion of the approval was never built and appears to have expired.”

On Tuesday night, there was discussion about how the proposal is impacted by regulations for buildings within the flood zone.

Specifically, once the proposed improvements are over 50% of the property’s existing value, the applicant must bring it into compliance with FEMA regulations.

The commissioners said the zoning enforcement officer Jodi Couture had not been shown the appraisal and he was questioning the cost of the work done to date.

A Sept 21 memo from P&Z said the applicant only recently submitted the “substantial improvement forms” and it would take time to review.

With the threshold of 50% improvements in mind, the applicant may or may not include  one or two new elevators to the building.

Richard Maitland moved to approve to convert 2nd floor of so mill building to 15 residential units consisting of both one and two bedroom units with conditions that the estimate and value of the building need to be reviewed by the zoning enforcement officer. “We are assuming that if it’s not within regulation the applicant will need to return to the commission,” he said.

The motion was seconded and all voted in favor. Voting were Yeskey, Maitland, Fox, Goss and Hardman. Mrs. Alban was not present. 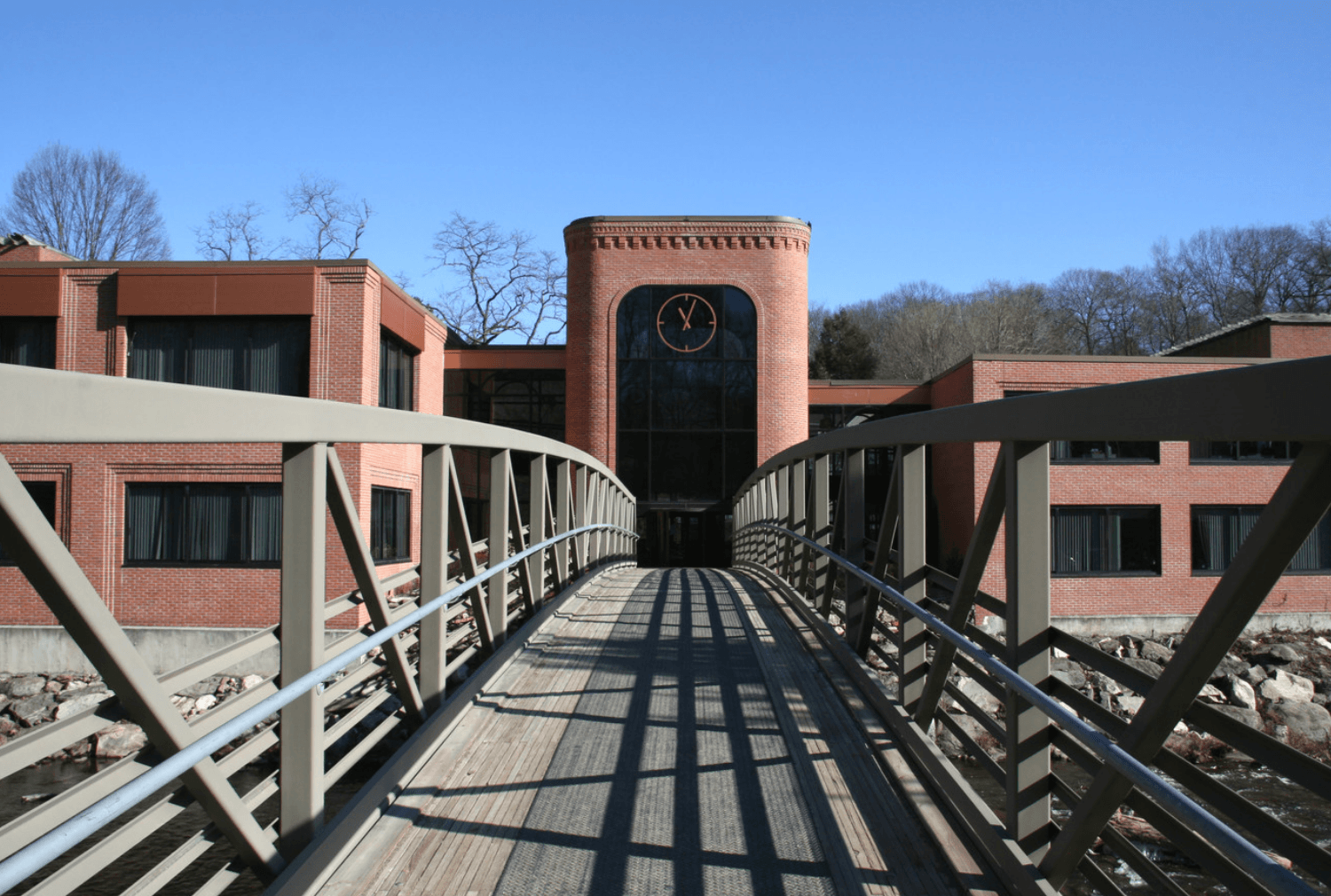 Currently used as office space, the property at Comly Ave and Pemberwick Rd is accessible by a bridge over the Byram River that connects it to a parking lot. 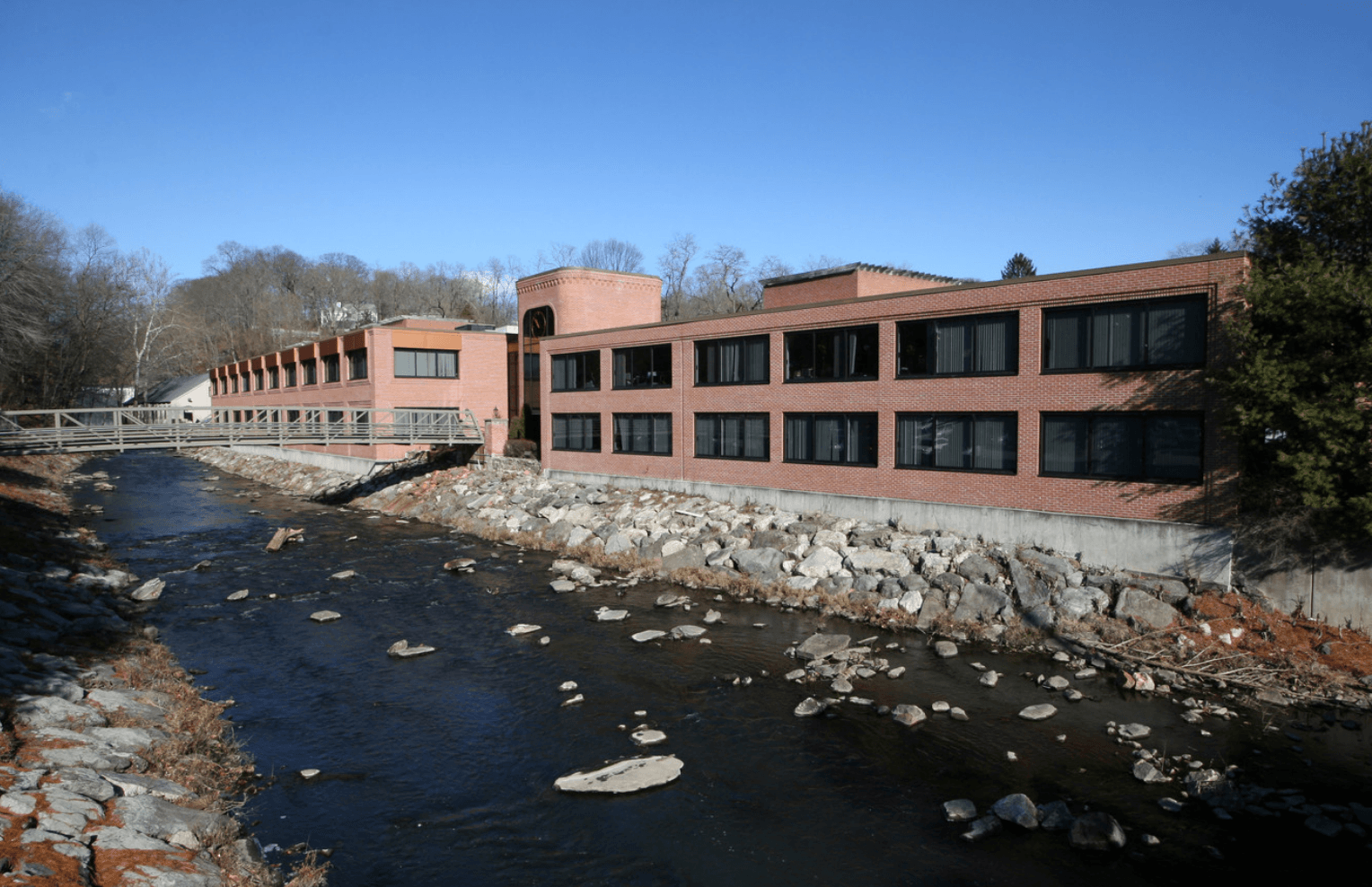 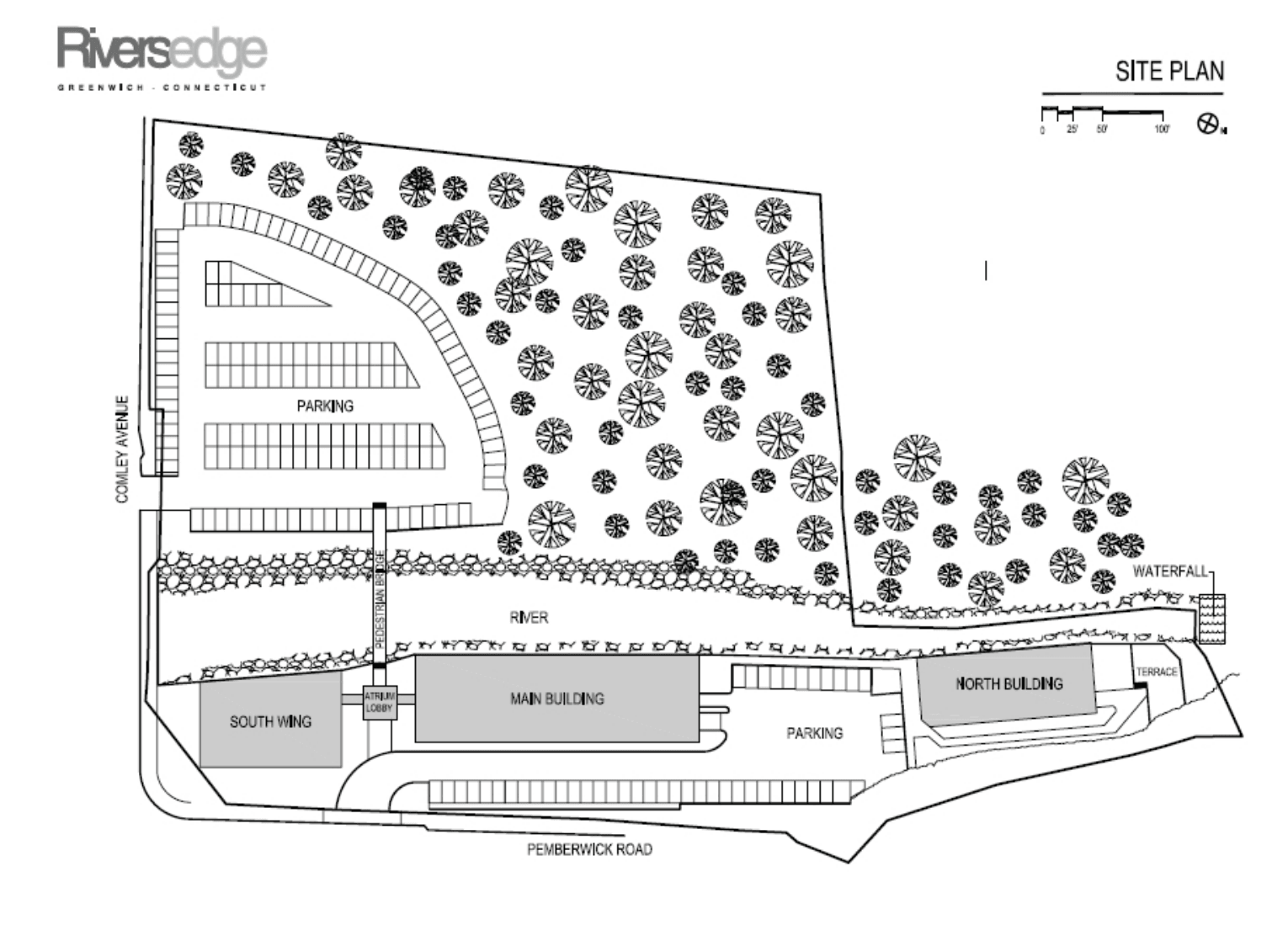