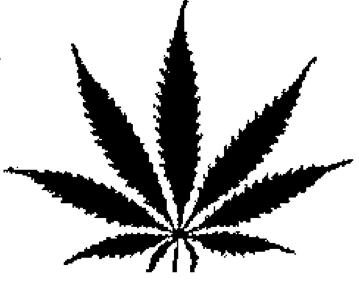 At Tuesday night’s P&Z meeting Fox said her department worked with the zoning enforcement staff to conduct research. She said they’d gathered the regulations from the towns that have medical marijuana facilities, and presented an enlightening synopsis of challenges to locating either a production facility or dispensary in town.

“There are such detailed requirements,” Fox said, referring to state laws, which includes a state limit of 3 production facilities and six licensing dispensaries.

Marijuana Production as Agricultural Use

From converting an existing garden and nursery operation, to tucking one away in back country, various options have been suggested.

“Who is ever going to see them anyway?” she joked about a back country marijuana production facility, adding, “But I’m not sure that’s the state motto at this point.”

Fox said said there is a serious issue of security and protection which state legislation requires a town to address. “Very heavy security. We’re talking about cameras and security systems and hours of operation, etc.” Fox said.

She said other towns usually put production facilities in industrial zones, which Greenwich lacks — though she said Greenwich has some non-conforming industrial facilities like Arnold Bakeries — and a square footage of 25,000 square feet is required.

Variety of Types of Production

Fox said that medical marijuana takes many forms and can be grown and, in addition to its traditional form, can be produced as capsules, oils, pastries or patches.

“Banks are not willing to finance or take cash from these operations,” Fox said. “Neither are credit card companies. So cash becomes a security issue.”

Fox said that from what they had learned, other towns have not allowed dispensaries in residential neighborhoods. As for potential spots to locate a dispensary, Fox said they had considered the potential of locating them in business zones, but that the consensus so far is that Greenwich doesn’t want a dispensary downtown or in a business zone close to a residential neighborhood.

She added that the potential spots along the Post Rd are limited because of state regulations that prohibit dispensaries from being located near schools, churches and other institutions.

As for potential spots along West Putnam Ave in Greenwich, Fox said is the question of proximity to New York state raises issues of prescriptions and access in and out of Connecticut. She said there is a similar concern shared by governors of Connecticut and Rhode Island where the drug trade goes back and forth across the state border.

“If someone has a prescription made out by a doctor in one state and takes it to another, we don’t have an answer for that,” Fox said, saying unanswered questions were raised about doctors in Greenwich Hospital who also practice in New York.

The state language calls these operations “medical marijuana dispensaries,” according to Fox, and not pharmacies. They are not considered a regular retail use, but rather businesses operating under special permits.

Although a registered pharmacist is required for to operate a dispensary, Fox said that neither CVS nor Walgreens intend to get into the distribution system since they are regulated by the federal government and marijuana is still an illegal drug under federal law.

Fox said the advice she has received from attorneys is that this issue is still “a moot point” as long as marijuana is an illegal drug under federal law.

As far as a moratorium, Fox said that should be extended and suggested using Survey Monkey to collect residents’ concerns or support for having a production facility or dispensary in Town.

Commission members expressed concerns that in Greenwich there are already school children subject to drug dealers, and that initiating a survey suggests the town is entertaining adding marijuana facilities, when in fact that may not be accurate.

At the end of the discussion the commission declined the idea of a survey and agreed that research would continue.