Part 2 in a Series of interviews with state-appointed Greenwich Harbor Master, Ian MacMillan

If you want to see the Greenwich Harbor Master become animated about a topic, just mention the word dredge. “If you dig boating in Greenwich, Dredge!” urges the bumper sticker on Ian MacMillan’s car.

His other favorite axiom is, “Dilution is the solution to pollution,” which he recently explained.

The Grass Island Water Treatment Plant is licensed to treat 10 million gallons in a day – 12 million in a pinch – but in a day of heavy rain that overwhelms the system, not only from the water treatment plant, but from the septic fields upstream that flow into the surface waters – streams, rivers, brooks, and creeks – and ultimately into the harbor.

Though water is technically clean as it leaves Grass Island, and the facility is licensed by State of Connecticut DEEP to treat 10 million gallons in a 24 hour period, if it is untreated because of a rain event, that is another story altogether.

“That’s why dredging is important. If we dredged, and removed the 270,000 cubic yards of silt from the harbor to return it to Army Corps of Engineers dimensions, we would gain 52 million gallons on every tide or, 104 million gallons in a 24-hour period,” MacMillan said. “That would be a dilution solution to pollution.”

MacMillan said that without dredging, the shell fishing industry will continue to suffer.

“When there is more than an inch of rain, shell fishing stops dead in its tracks. You can’t harvest them,” he said. “There are measurable pathogens that have an effect on water quality and effect on the shell fishing industry. Shell fish are very sensitive to water quality. That’s why the Shellfish Commission measures the rainfall and don’t allow shell fishing when there’s a lot of rain.”

“After heavy rain, the waters that come from upstream carry pathogens, such as Coliform bacteria – fecal – the oysters and the clams are filtering that water, and if there’s too high a pathogen count, you’ll die from eating the darn things,” he said emphatically.

In addition to the issues of shellfish and pollution, MacMillan said he is also a passionate advocate of dredging Greenwich Harbor for safety reasons. 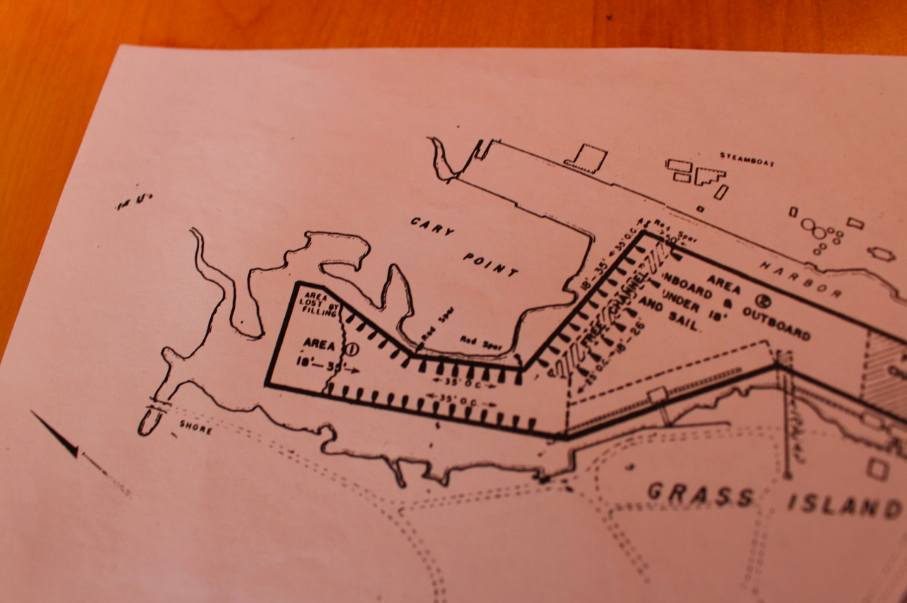 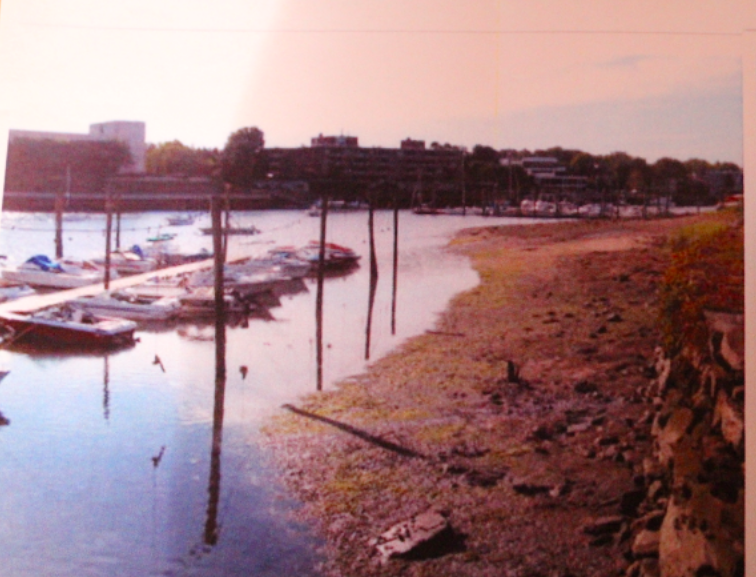 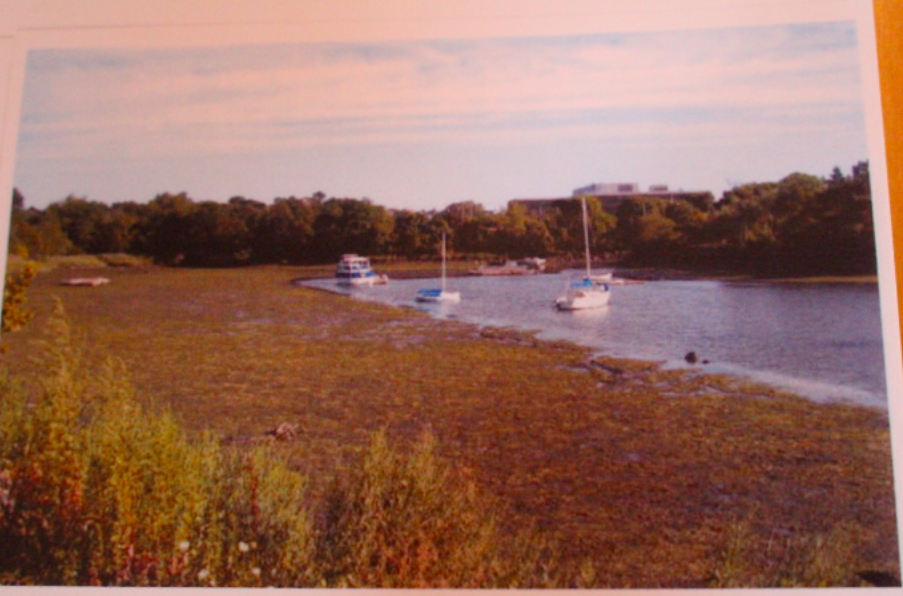 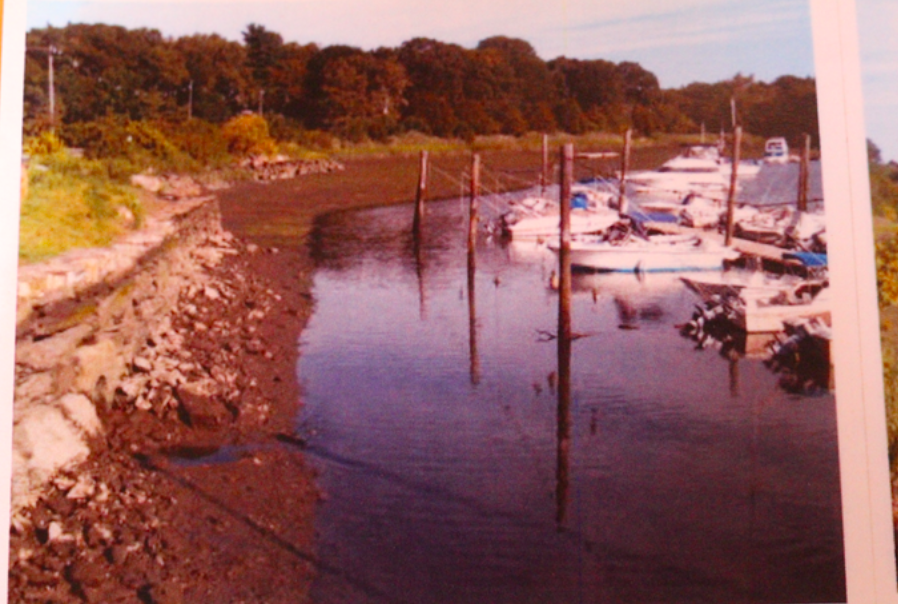 “We’re missing 35 mooring locations in Greenwich Harbor because of siltation in the area where it should be 6 ft deep. At low tide, there is no water there at all, just about 7 ft of mud where there should be 6 ft of water.”

“On April 15, 2007, we had 7-1/2 inches of rain,” MacMillan recalled. “That was an extraordinary amount of rain. The embankments of Horseneck Brook caved in and five acres of debris came down Horseneck Brook, transported down in to the harbor near I-95’s exit 3. So, where it was previously 6-ft deep at low tide, it filled up the harbor 6-ft deep with mud, making it untenable as a harbor refuge.”

MacMillan recalled the time Marine Lt. Jim Bonney had to take a rubber boat out to a big power boat with a family that was stranded in the harbor because they were stuck in the mud.

Since then, MacMillan said, not only has the need for dredging become more urgent in terms of pollution and shell fishing, but particularly for the safety of the boating community. 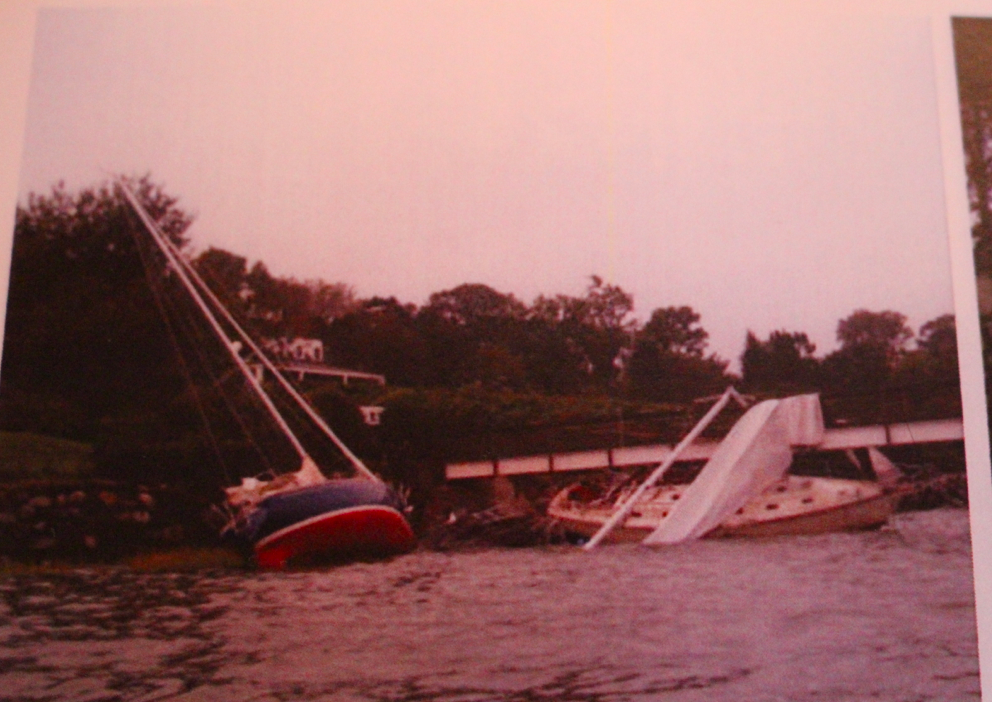 From Ian MacMillan’s scrapbook, photos of shipwrecked yachts in Greenwich Harbor in 2007.

“Joe Sis was the Harbor Master then,” MacMillan said, referring to Joe Siciliano, the current director of Greenwich Parks & Recreation, who was harbor master in 2007. “A number of schools flooded. We ended up with 20 yachts shipwrecked on the shores, many of them destroyed.”

“How do you save a boat when you have 52 knots out of the south? You go downwind and into flat protected water, throw an anchor out or pick up a mooring,” he said, adding that that option is no longer available to boaters of Greenwich or anyone else.

It’s also important to note that the 151 ft yacht Francine is 9 ft deep and is stuck about 4-ft of mud half the time and can’t come and go out of the harbor except at high tide. “That is also true for the three America’s Cup 12-meter sailboats that are tied up at the old Gen-Re floats,” MacMillan said. “They too cannot come and go on anything less than a high tide.” 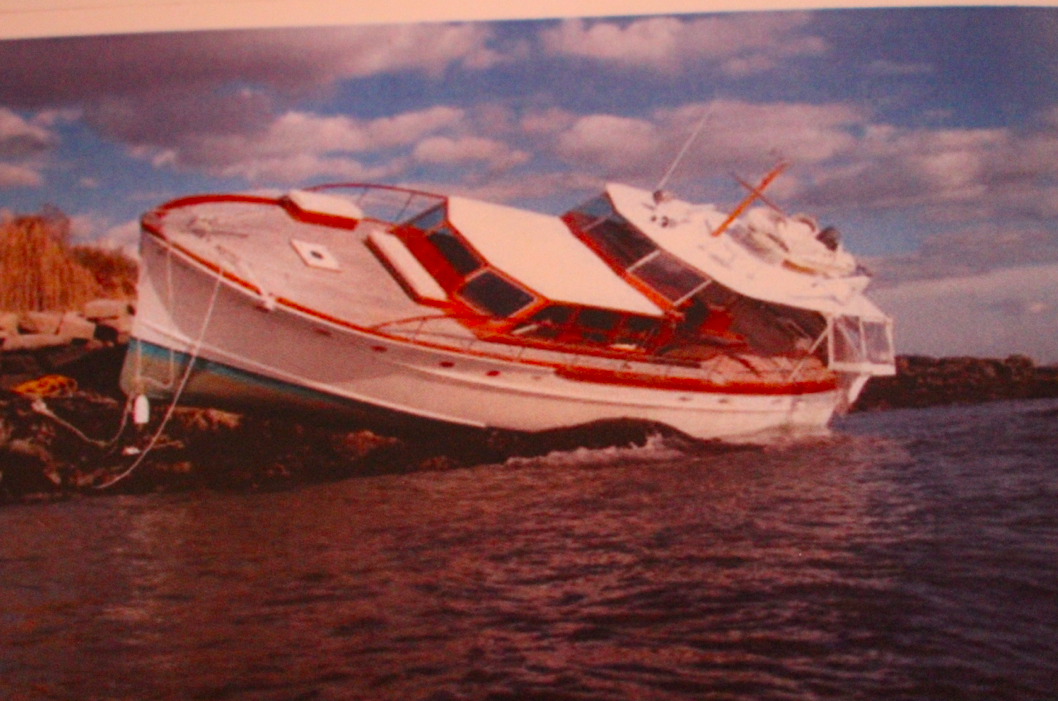 From Ian MacMillan’s scrapbook, photos of shipwrecked yacht slammed into the rocks on Tweed Island in Greenwich Harbor in 2007.

“This should be a harbor of refuge for the boating community as a whole – to preserve life, limb and property. We had about 20 yachts that could have been saved at the tail end of Tropical Storm Ernesto that whipped Greenwich at 52 knots from the south for 12 hours Labor Day weekend in 2007, but it’s just a lot of mud that’s in the way.” – Ian MacMillan, Greenwich Harbor Master

A Plea to Dredge
MacMillan points out that the Army Corps of Engineers and Secretary of War declared declared Greenwich Harbor a Federal harbor of refuge in 1948. “That’s really my goal. It’s common sense. What’s supposed to be the most protected part of the harbor is now completely mud.”

MacMillan pointed out that there has not been any significant dredging in Greenwich Harbor since 1948. “Parks & Rec removed just 10%, or 24,000 of the 270,000 cubic yards that they needed to remove  – just enough to get their docks to float,” he said.

The next meeting of the Harbor Management Commission is Wednesday, Jan. 21st at 6:00pm in the Mazza Room at Greenwich Town Hall.