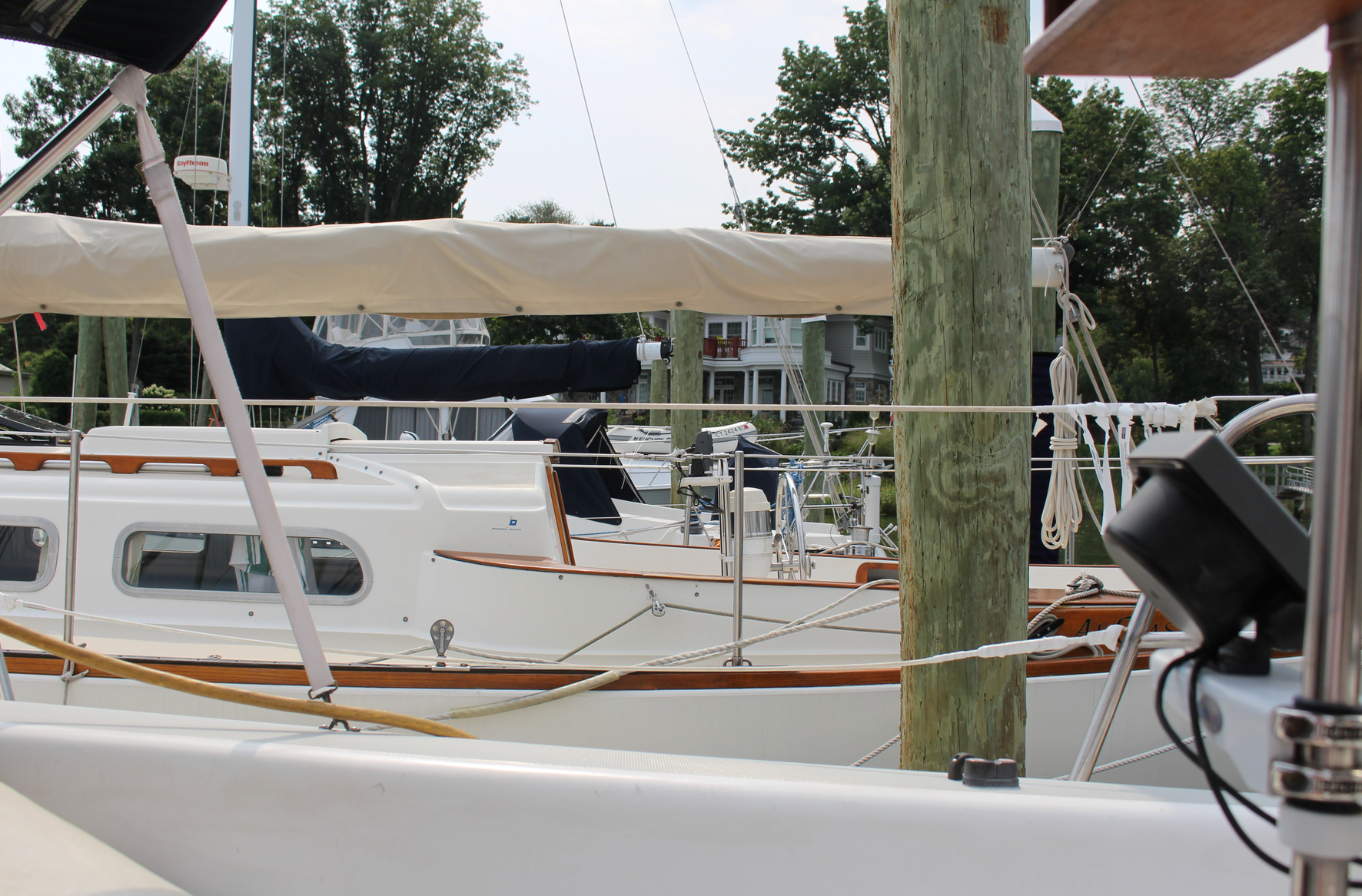 On April 19 Governor Lamont announced that he and the Governors of New York and New Jersey would allow marinas, boatyards and marine manufacturers in their states to open for personal use as long as strict social distancing and sanitization protocols are followed.

This week, Greenwich boat owners received letters from Parks & Rec saying they could work on their vessels stored on Town property on Thursdays and Fridays, between 8:00am – 2:00pm, beginning April 30.

Marina vendors will also be allowed on town property to perform work on vessels.

However, vessels will not yet be allowed to launch.

While typically boat prep is weather-dependent, Brian Kerzner, Operations Manager for Boats and Harbors with the Marine & Facility Operations Division, said accommodating boat owners is more complex than it seems.

“It creates a gray area to have a marina open inside a park that is closed,” he said. “Everyone wants to get there – us included. But this is all new territory.”

“It’s not just about opening the gate and letting people in,” Kerzner explained. “If you let people in to get to one area of the park, how do you manage the other 145 acres?”

As for the Governor’s order allowing marinas to open, Kerzner said, “My understanding was that marinas could open, but did not need to open.”

“We’re figuring out the logistics and how to keep everyone safe,” he added. “Right now it’s basically just allowing residents who stored boats on town property for the winter to start getting their boats ready for the season.”

The docks and boat ramps are not yet open.

Only people with 2019 or 2020 Marina Facility Use Permits will gain access to the marinas.

The letter to boat owners said that as the parks continue to remain closed, so will the Town marinas. Boats will not be permitted to be stored on Town docks. Restroom facilities are closed.

On his Tuesday conference call with press, First Selectman Camillo said “any day now” there will be an update about the opening of the town marinas.

For now, he said, “We’re worried about everyone coming to the same place at once. With the parks being open, that will relieve stress on the trails. So people can get out there on their boats and enjoy themselves.”

Camillo said it would make sense to open up the marinas at the same time as parks.

“So that people have lots of different choices and we don’t end up with everybody going to the same spot,” Camillo added.

Camillo said he had received some calls from residents and friends who are boat owners and received letters.

“People were happy to know they will be out on the water very soon,” he said. “Some people said they appreciated the two days and said that the boats need a lot of work so they need more days.”