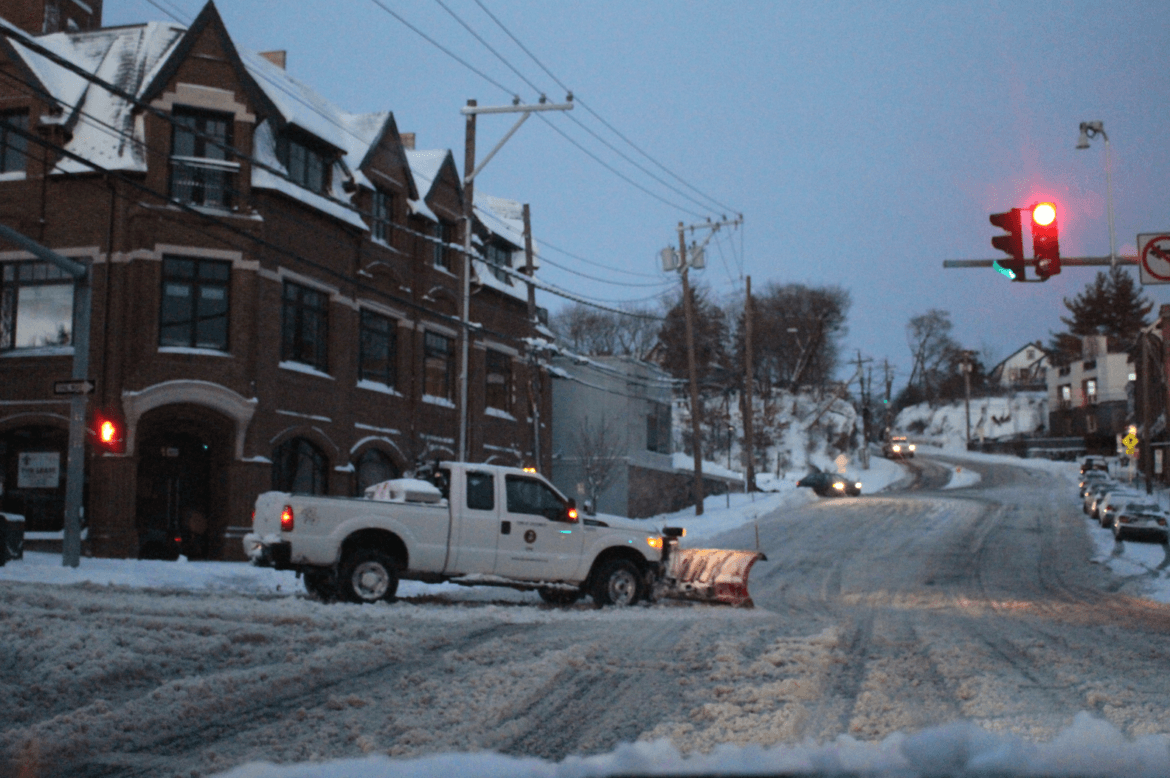 The official snow emergency in Greenwich was lifted by the Greenwich Board of Selectmen at noon on Friday after a unanimous vote. This means cars are no longer restricted from parking on snow emergency routes.

The Board thanks all of the residents who abided by the emergency and parked their vehicles off road to facilitate the removal of snow by more than 60 Town crews.

“We had about 63 workers and over 40 pieces of equipment, and the DPW is supplemented by the parks department,” Mr. Tesei said, adding that people used the municipal parking lots to get their cars off the street. Also, he said business owners had done a good job clearing sidewalks.

The first selectman said that he had only received one complaint about snow removal, which was about the conditions by Old Greenwich train station.