By Leslie Yager
Longtime Town Planner Diane Fox announced her retirement on Thursday, May 1. Almost immediately, speculation began on who would be her successor. 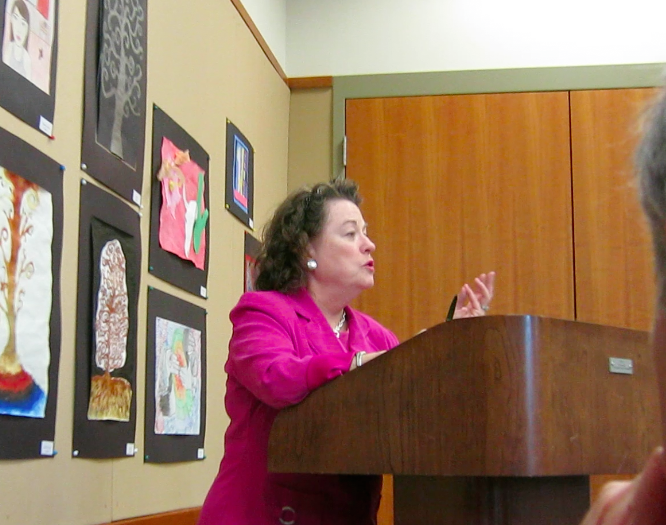 Fox, whose retirement will be effective Tuesday, July 1, 2104, said that the Human Resources Department will post the position online, in newspapers and to professional organizations  such as the Connecticut Chapter of the American Planning Association (CCAPA).

According to Fox, after the outside panel ranks the candidates, the Planning and Zoning Commission will interview them, and the final decision will rest with the Commission.

In an email to colleagues, Fox said her decision to retire was based on many factors. “I have enjoyed my work, my colleagues and the Commissions  over the years ,
but now it is time to move on and enjoy the next stage of my life with my
family and friends,” she said in the email.