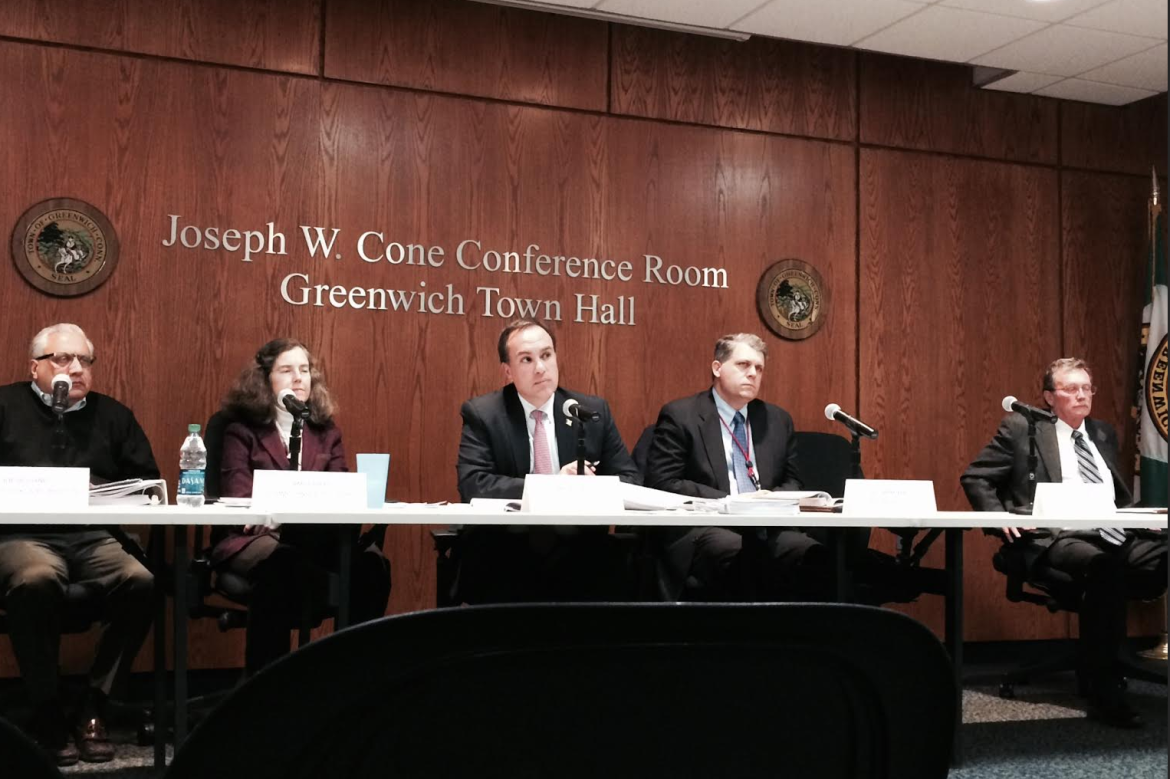 The public hearing on the Capital Improvements Projects (CIP) drew a full house to the Cone Room Thursday night. While most in attendance spoke in favor of, or in one case, against a particular project, Joseph Solari III, a new RTM member for District 8, used his time at the podium to voice concern about Greenwich’s spending overall.

“I’m not surprised to see a lot of folks coming in to advocate spending other people’s money on projects of interest to them. That’s how town government works in most parts of the country – not as much in Texas – but certainly in the northeast,” he said.

Categorizing General Electric Co’s recent announcement of their plans to move from the town of Fairfield to Boston, as “another sad marker in the downhill slide brought about by Connecticut’s high tax, high regulation and over spending policies of the past 25 years,” Solari segued to the exodus of residents to other states, adding that, adjusting for population, Connecticut ranks number one for the amount of people moving out of the state.

“As the state gets deeper and deeper into debt, they’ll be taking more money from us,” he warned, referring to Greenwich and Fairfield County as piggy bank for the state.

“Why are we spending more money than we take in, and on things that are not a government’s responsibility at all?” Solari asked.

“I don’t think many understand the declining state of the Town’s financials, in large part because many of those involved have an incentive to move those details under the rug. And, there’s not much competition in this town – if you are Republican you have to just spend a little bit less than the Democrats.” – Joseph Solari

Mr. Solari said he had joined the RTM because he was concerned that the body advocates currently advocates for increased spending and increased budgets. “It’s concerning for the future of our town, let alone our our state,” he said.

Solari questioned a mill rate increase of around 2.75%, and suggested that the town reduce spending on employees through changes in labor contracts, decreased benefits, outsourcing, or eliminating town departments altogether.

On his Ask the Selectman radio show the morning after the CIP hearing, Peter Tesei acknowledged Mr. Solari’s call to limit the mill rate increase.

“We heard from a gentleman who wants to see greater fiscal constraint, taking into consideration where we are as a state, a country, what’s happening with the economy.”

Mr. Tesei will present his proposed budget to the BET on Monday, Feb. 1 at 6:00pm.

Greenwich Residents Push For and Against CIP Projects