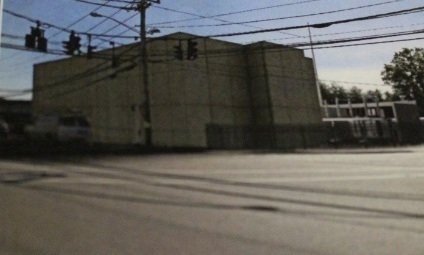 We, being concerned citizens, hereby urge our elected representatives to support the decision of the Greenwich Planning and Zoning Commission recommending that Eversource DISCARD their current plans to build a new substation located at 290 Railroad Ave.

Eversource is proposing to construct a new 115-kilovolt (kV) bulk substation and two new 115-kV underground transmission lines in Greenwich, CT. The proposed Greenwich Substation and Line Project will extend approximately 2.3 miles between the existing Eversource substation in Cos Cob to 290 Railroad Ave. in Greenwich.

The initial cost estimate of this project is projected to be a MINIMUM of $140 million, which will be exceeded and create an additional cost that will be tacked on to consumers already increased rates that took effect in January of 2015.

The Connecticut Siting Council is the ultimate authority on whether or not Eversource can do so.

We are concerned about the disruption that construction would cause within the center of town, as well as the potential health and safety risks of the new equipment for local residents and patrons of local businesses.

The desire for the new substation is about redistribution of the power load as opposed to generating more power and we question the need for the project inasmuch as the technology used for the substation will soon be outdated.

In addition, the decision to use the location at 290 Railroad Avenue would result in a loss of approximately 35 jobs at Pet Pantry Warehouse, a local and family owned business started in Greenwich, CT in 1945, and operated in that location since 1971.

The proposed structure of the site does not present an attractive use of one of the main gateway drives in Greenwich.  As stated by the Architectural Review Committee, “That big concrete block right there, 35ft. high would be an absolute assault on that intersection.”

Further, Eversource plans to keep its current Prospect substation on a neighboring parcel in place even after construction of this particular substation, resulting in large almost continuous blocks of unsightly utility properties within a relative mixed-use area near residential homes, businesses, children’s daycare facilities, schools and restaurants.

Given the foregoing we believe that Eversource should DROP their current plan and devise an alternative, less disruptive solution.

Therefore, we hereby petition our State Representatives, State Senator, Congressional Representatives and the Governor to do whatever they can to prevent Eversource from obtaining approval from the Connecticut Siting Council.