Mackenzie’s last day of operation at the end of February. The restaurant has been empty since then, but after a two-year hunt for a space to open his dream restaurant, Jed Simon, a Greenwich native who graduated GHS in 2001, got a tip that the space was available.

Jed, who appeared with his father Larry on Monday morning before the Architectural Review Committee at Town Hall with their proposed signage, is counting down the days until his restaurant opens. He said the target clientele will be a mix of millennials, commuters, ladies who lunch and families. Also, Jed  said he hopes to get a permit for the outdoor eating area, which has a view of the Old Greenwich train station. 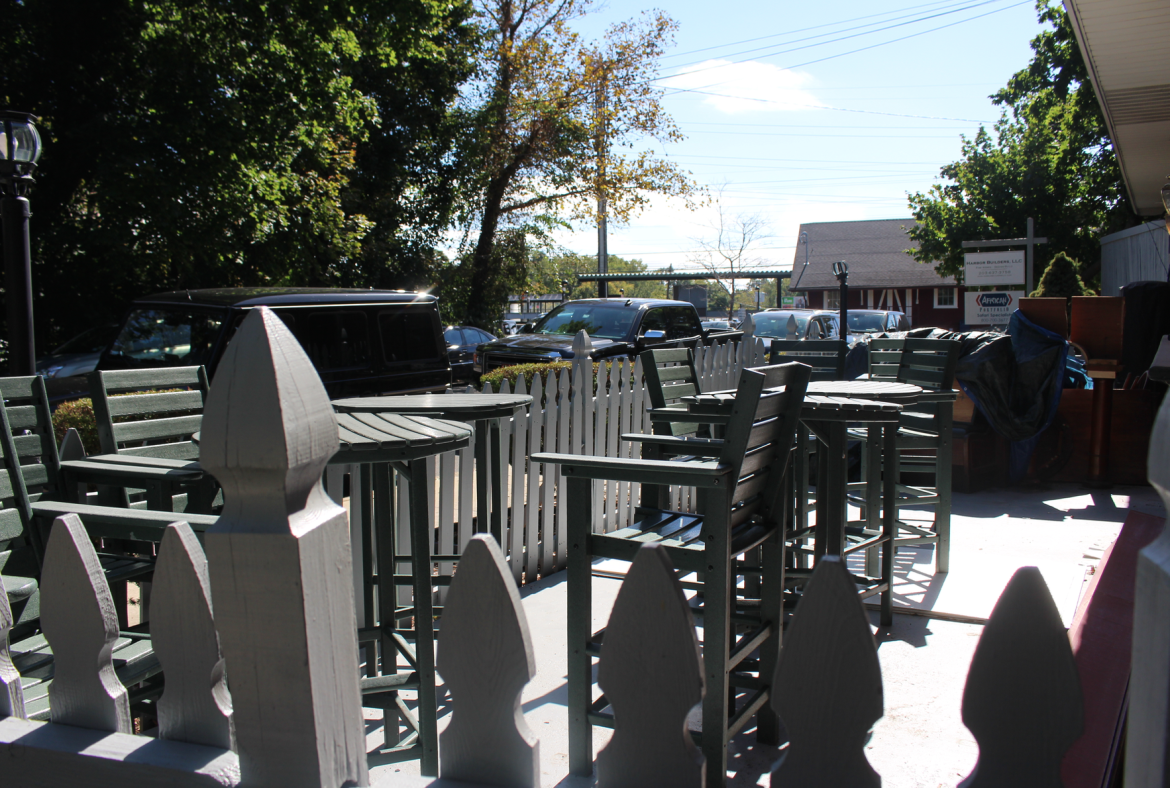 “Not a day has gone by since we started working on the space back in June that five to ten people haven’t stopped by hoping we were open,” Jed said.

Plans are to serve lunch and dinner, 11:00am til midnight on weekdays, and 11:00am til 2:00am on weekends, though the Sunday closing time may be earlier.

“We’re not reinventing the wheel here,” Jed said on Monday afternoon. “We’ll offer classics with a twist — you can come and find your Cobb Salad here, and a good burger. It’ll be simple, delicious, quick and hot,” he continued, adding that food will be all non-GMO and all proteins will be free-range.

Jed has dreamed of opening a restaurant since studying Hotel, Restaurant and Tourism Management at University of Denver. He has worked at the Ritz Carlton and at the Four Seasons for Joel Robuchon, a Micheline Chef of the Century. 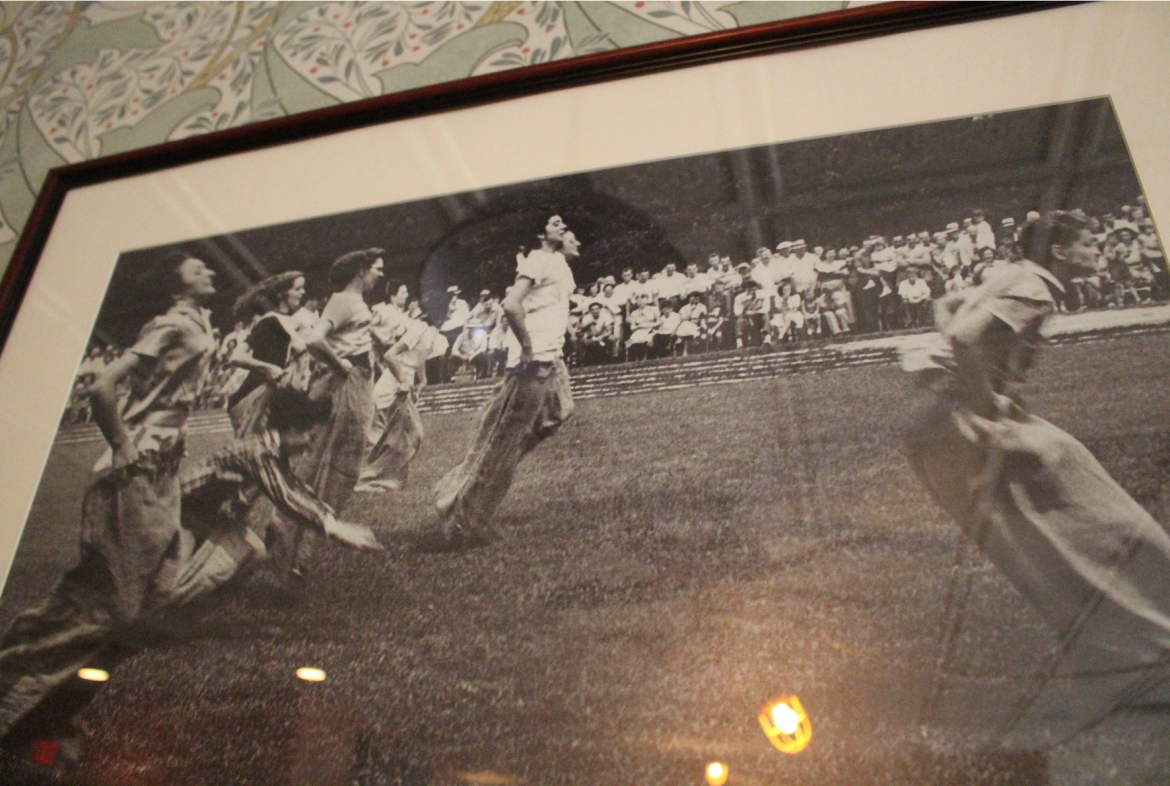 The walls of the Old Greenwich Social Club will be adorned with vintage photos like this one of sack races back in the day…. Credit: Leslie Yager 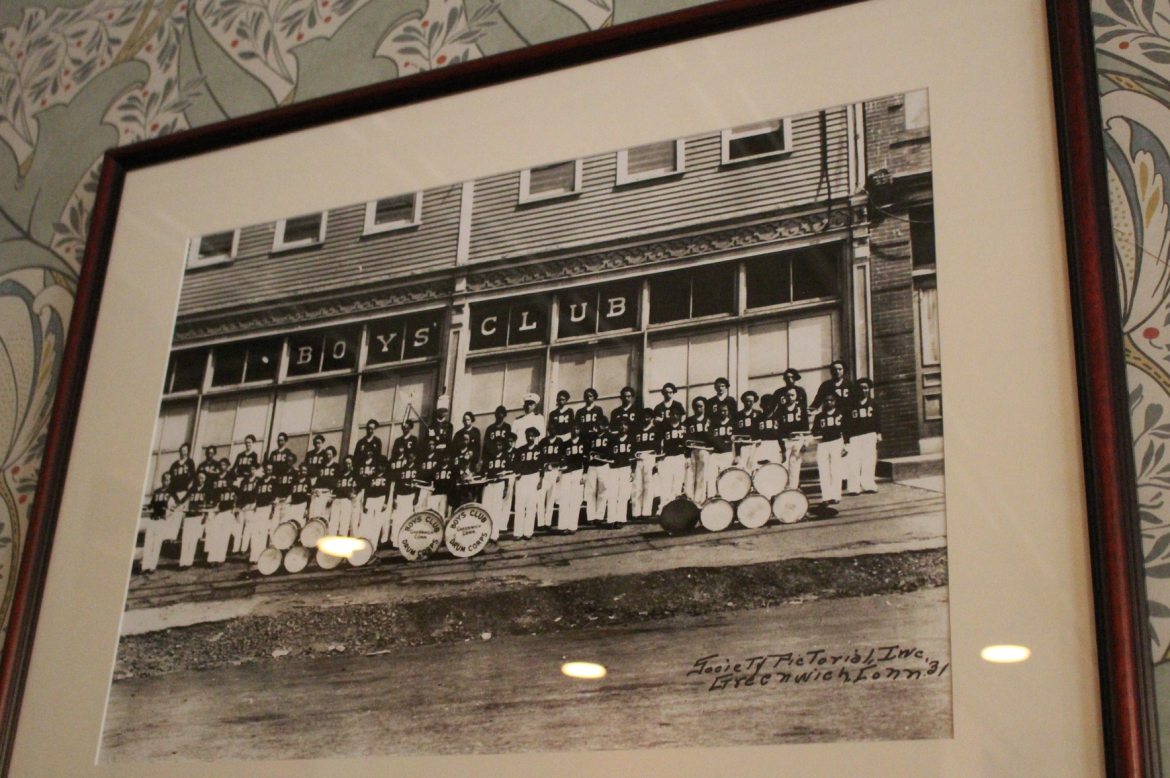 The walls of the Old Greenwich Social Club will be adorned with vintage photos like this one of the Boys Club of Greenwich in 1931. Credit: Leslie Yager

“We’re creating a fun, casual environment,” Jed explained to Greenwich Free Press. Toward that end, the restaurant is being decorated with souvenirs and ephemera that are part of the town’s collective memory, including a wonderful black and white photo of the one of the boys Club in 1931, and another of women competing in sack races.

“We’re asking residents to drop off trophies or ribbon medals with local significance,” Jed said. “We may hang them on the taxidermy deer, or find other ways to display them.” Certainly they’ll be a conversation starter. Also, inside the entrance, to the left, there will be a custom built sectional and an area with game tables so patrons can play chess, checkers or backgammon. At the back corner of the bar is a jukebox, and although that in itself is a throwback, it is connected to the internet, according to Jed. 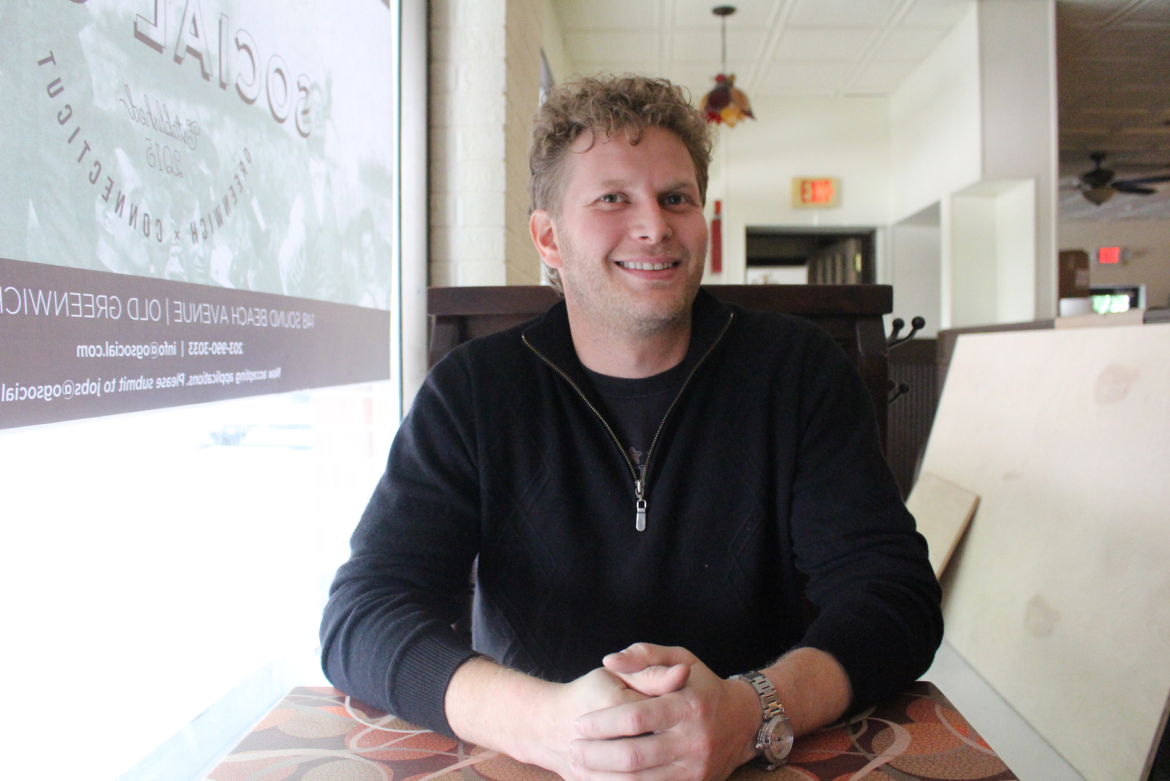 As for the name, Jed said, “We’re calling it a social club as a good way to include everyone.”

A ribbon-cutting with First Selectman Peter Tesei is in the works for the end of October. Watch this space for updates!