Outside the newly opened Paulo Lanfredi Salon at 401 Greenwich Avenue, pedestrians stopped to behold a unique sight. Workers were busy erasing dozens of ugly black circles marring the concrete outside the salon.

The culprits? Gum chewers who abandon their wads of gum on the sidewalk. What doesn’t get stuck on people’s shoes, eventually hardens and unfortunately becomes part of the shopping experience. 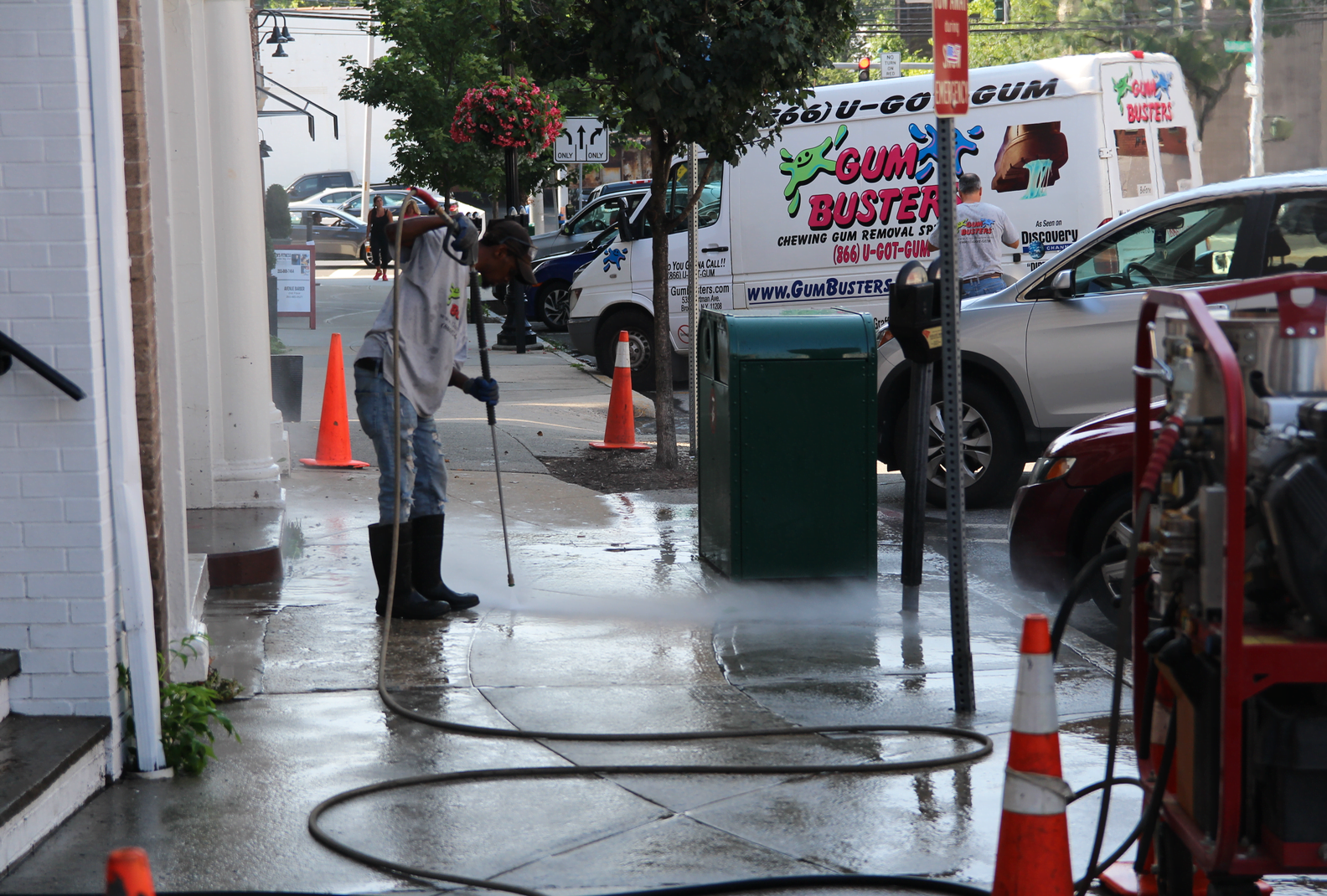 Gum Busters, who also offer graffiti removal, use a patented method that they say out-performs traditional methods of scraping, harsh chemicals and power washing. They say traditional methods can be disruptive to business and pedestrian traffic. Instead, the Gum Busters’ method involves steam, detergent and a brass bush.

Mr. Lanfredi, who invested in a major renovation of the space that was once home to Chillybear and more recently Sweet Teez Candy Shop, split the cost of the gum removal with the building owner, Brian Briggs.

“Brian said not only will I help you, but I’ll also do the front of Sundown Saloon,” said Allied Commercial Property Management’s Diane Roth of the building owner.

The gum removal was the final touch, as the building facade has recently been painted white, for an overall clean and bright look.

Mr. Lanfredi, who lives in Greenwich, is thrilled to open his own full service salon after working for a major salon on Fifth Avenue in New York City.

“He spent a lot of money renovating the inside,” said Roth who suggested hiring Gum Busters. “The customer experience starts on the way in.”

“It was dirty and disgusting,” Lanfredi said. “I hope people will think twice now before they toss their gum on the sidewalk. It should stay clean.” 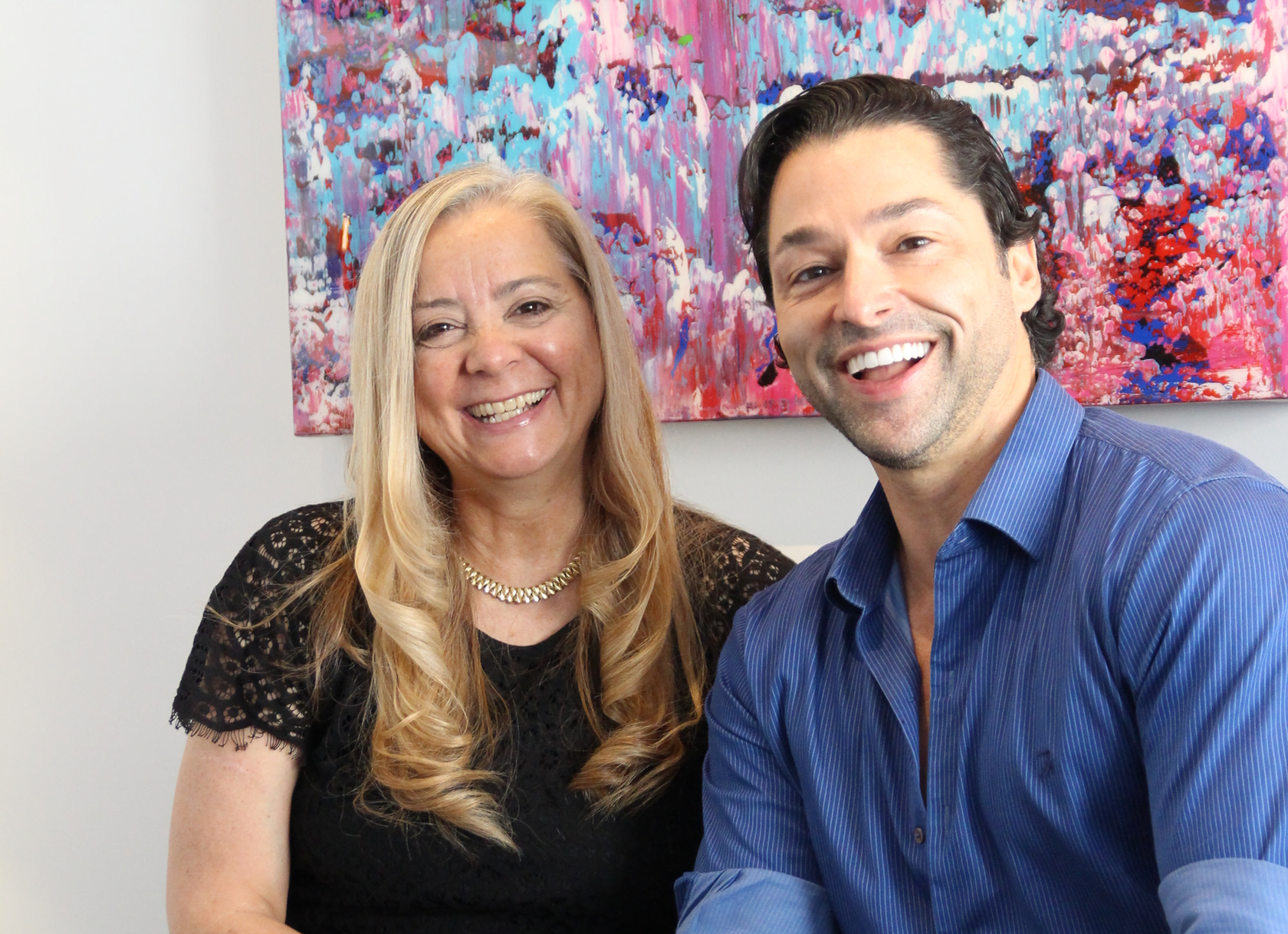 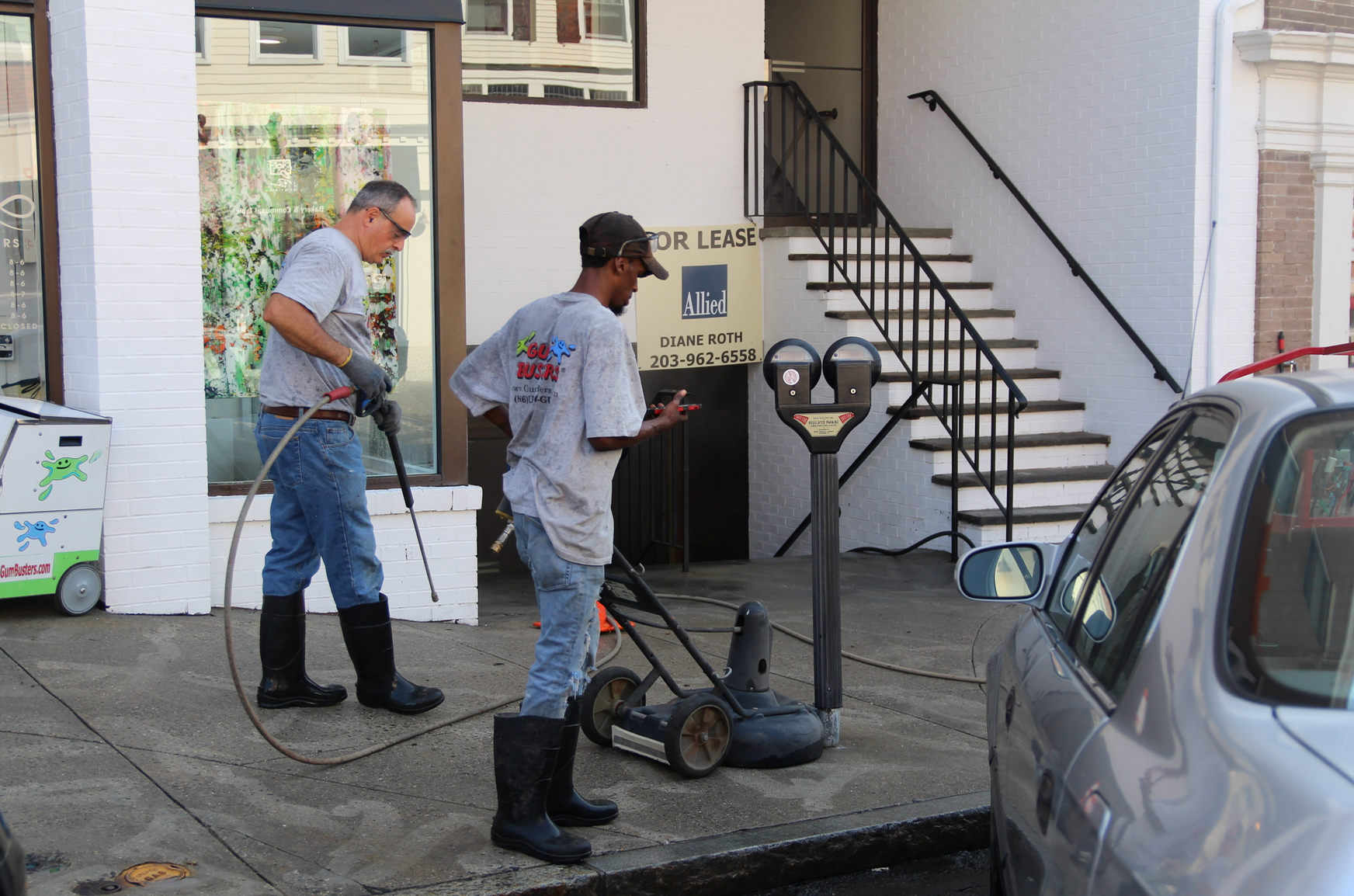 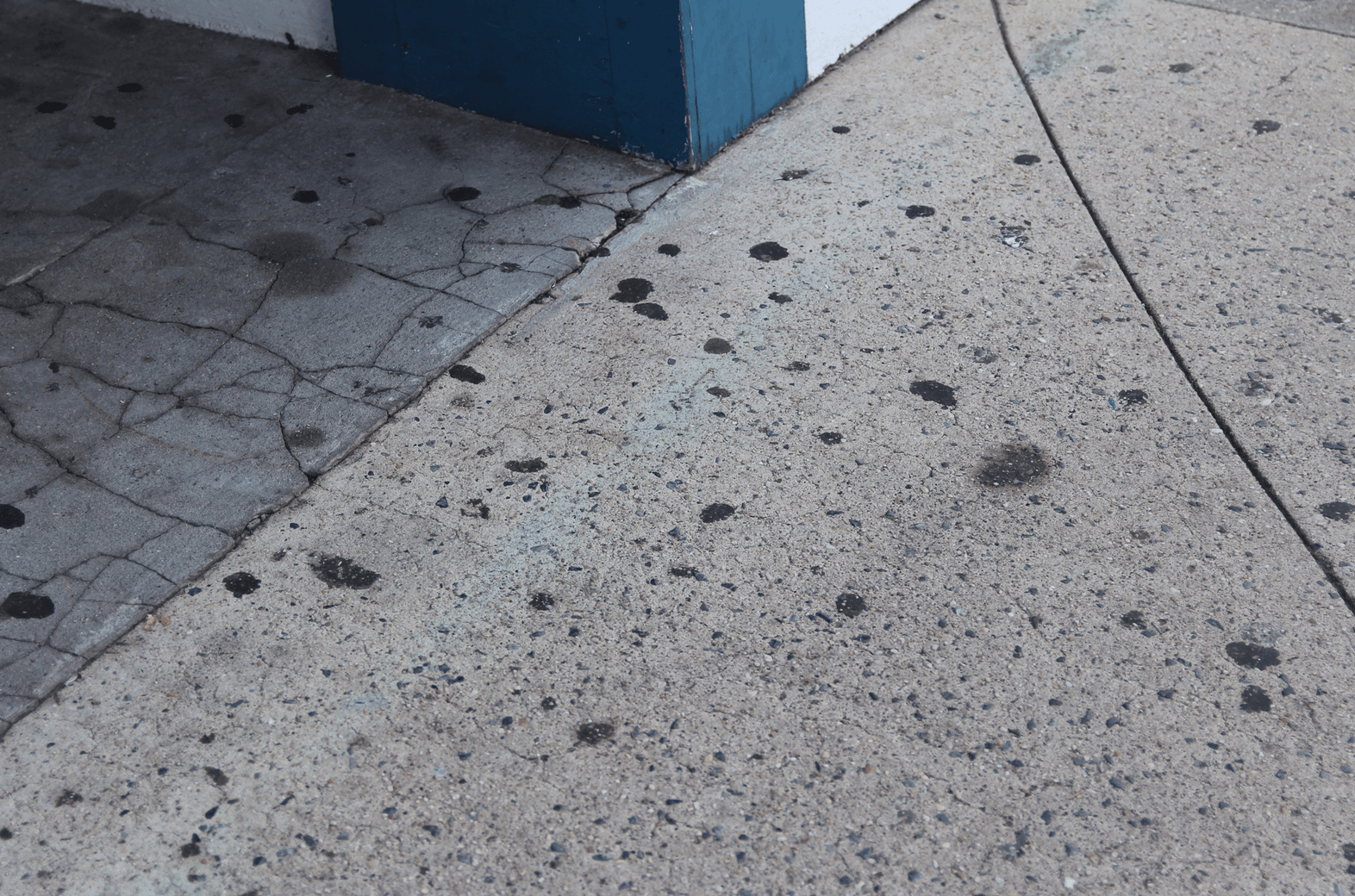 Dozens of blackened wads of gum further up Greenwich Avenue could use a visit from Gum Busters. Photo: Leslie Yager