Tony Socci’s face is a familiar one in Greenwich as he has cut the hair of hundreds and possibly thousands of men since opening Palm Barber Shop.

But his story starts before that. Socci made his way to Stamford from Montecassino, Italy at the age of 13.

Chatting at the end of a nearly 12-hour day on Monday, Socci recalled the family’s small farm in the hilltop village, milking cows and even drinking the milk while it was still warm.

Socci said his father, sister and brother came to the US first in the 1950s, and that he and his mother and brother joined later, being sponsored by an uncle.

He keeps a book handy with history of his village, Montecassino, in Italy, noting that during in 1944, during World War II, a bombardment almost flattened the Montecassino Abbey, but it was rebuilt.

Socci learned to cut hair at Wright Tech in Stamford in the 1950s, though he said that program is no longer offered.

“Back then it wasn’t easy to get a job,” he said. “But Wright Tech didn’t charge tuition either.”

Socci’s original location was in Riverside Commons where DiMare Bakery is located today. He moved to Greenwich Avenue in 1968, when it was a two-way street, and operated there for 14 years before moving to Church Street in 1982.

Of the move to Church Street, Socci said it was close enough that his regular customers followed him. The building, known as the Town & Country, was all rentals when he first opened his barber shop there, but the Town gave permission to for the building covert to condominiums. All are residential units, with the exception of two for businesses – one belonging to Palm Barber, and one belonging to Ridberg & Associates Architects.

Socci said that back in the 1950s there were at least four or five barber shops on the Avenue.

“The rents weren’t like there are today,” he said, adding that his barber shop was above Charles Stuttig’s locksmith shop. “He bought the building in 1970 and I was already there.” 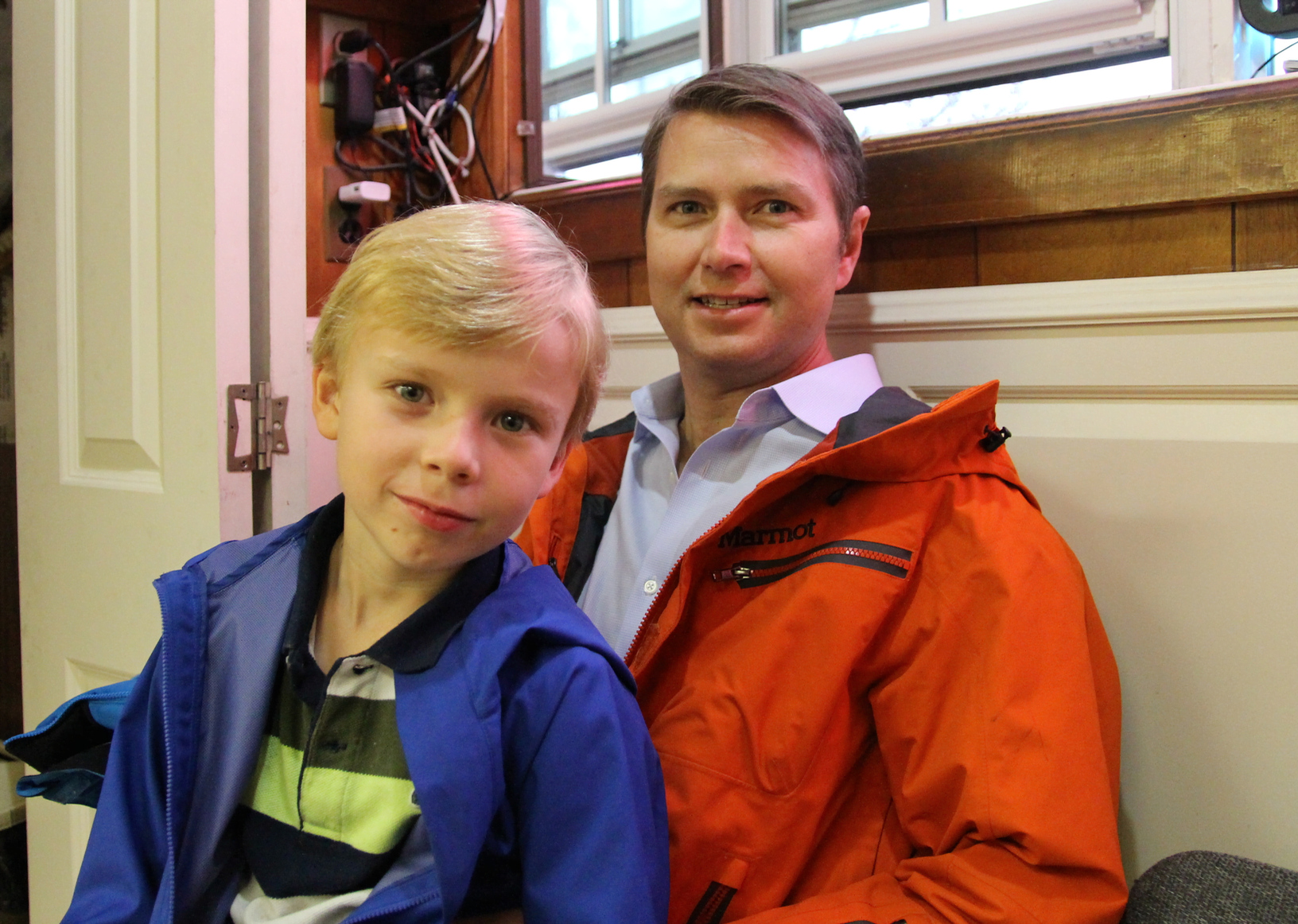 “You build up a following and you’ve got to stay in one place,” he said. “If you jump around, say if you go to Stamford or New Canaan, forget it.”

And certainly Socci does have regulars. On Monday, despite his posted hours of 7:00am to 5:30pm, the longtime barber was still accommodating customers until about 6:30pm.

“He gives everyone the same attention,” said Chris Davis who said he started bringing his boys, William, 7, and Oliver, 9, to Palm Barber when the family moved here from Bronxville and discovered a good Google review online.

“Their mom approves every time,” he said. “That’s why we keep coming back.” 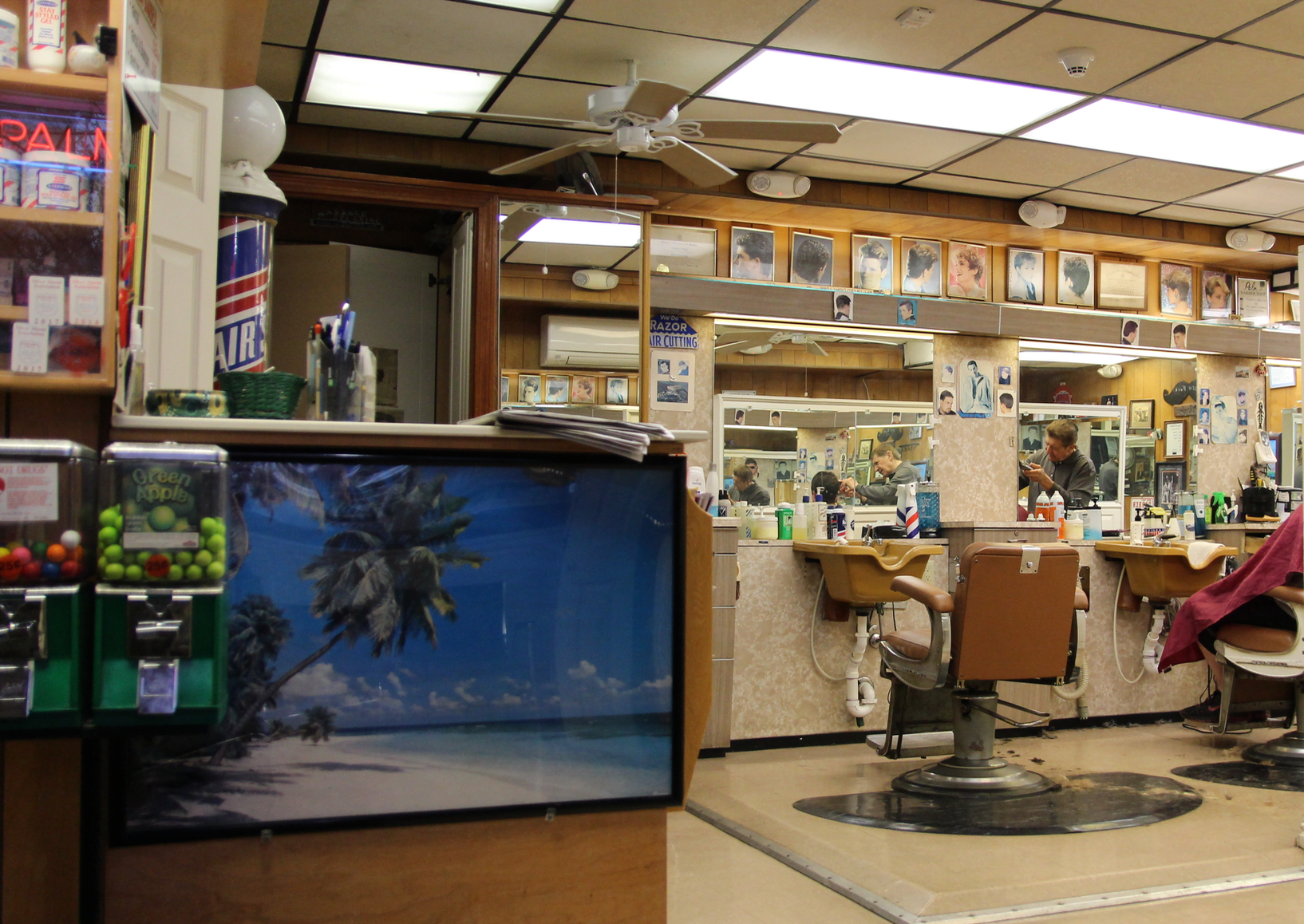 Tony Chimblo who has been coming to Palm Barber since he was 7, described himself as a loyal customer. April 22, 2019. Photo: Leslie Yager

“Usually barbers just pull the clippers out,” Davis continued. “Tony offers a scissor cut so they don’t come out looking like they had a buzz cut.”

Tony Chimblo, 27, said he’d been coming to Tony at Palm Barber since he was 7. “He does a good job,” Chimblo said. “I’m a loyal customer.”

Socci is not alone in the barber shop, where there are multiple chairs. Men, women and children are all accommodated.

The routine is simple when a new customer comes in. Socci said he asks what the customer is looking for, and often they’ll point to one of the magazine clippings taped to the wall showing men with different hair cuts.

“We have a conversation. They may want scissors, or clippers,” he said. “The first time can be a little tricky. Then you find out what works, and they come back.”

As for chatting with his customers while he cuts their hair, Socci said some people just sit quietly, which is fine. “If they’ve had a tough day, they want to relax. Some like to talk, but I’ve got to concentrate too.”

“If they grab a magazine, you don’t do too much talking. It’s one of the tricks of the trade,” he said of knowing how much or little to talk.

Socci is nothing if not accommodating. “If you go home and wash your hair and decide you want it shorter, you can come back and I’ll cut more. But if it’s a week later, that’s a new haircut,” he said. “And if it’s too short, you have to wait at least a week.”

Socci works at a steady pace and says that when a customer is a regular he may spend 20 minutes on average to cut their hair. 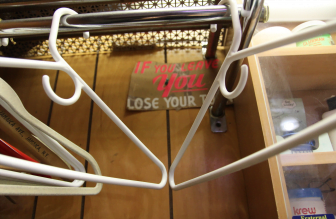 Socci’s prices are reasonable, but he does not take appointments.

That said, sometimes people will call when they’re on the way just to see if there is a line, and that’s alright too.

One rule in the barber shop is that if a customer leaves, even to get a coffee, they lose their place in line, which is certainly fair.

Of course, this being Greenwich, sometimes a person will leave and come back hoping to keep his place. In that case, they go to the back of the line unless the person ahead of him is in no rush and agrees.

The TV is on all day at the barber shop and is tuned sometimes to Channel 12, sometimes to Fox News. “Sometimes a customer will object to Fox and ask me to turn it down,” Socci said, adding that he will oblige and as a rule does not discuss politics with customers.

Socci said one of the things he likes is when old friends or people home to visit their parents stop for a haircut and reconnect. “Sometimes two people waiting will reconnect after not seeing each other for a long time,” he said. “That’s always nice.”Palm Barber Shop is located at 20 Church Street. Metered parking available on Chruch Street and Putnam Ave. Tel. (203) 869-0292 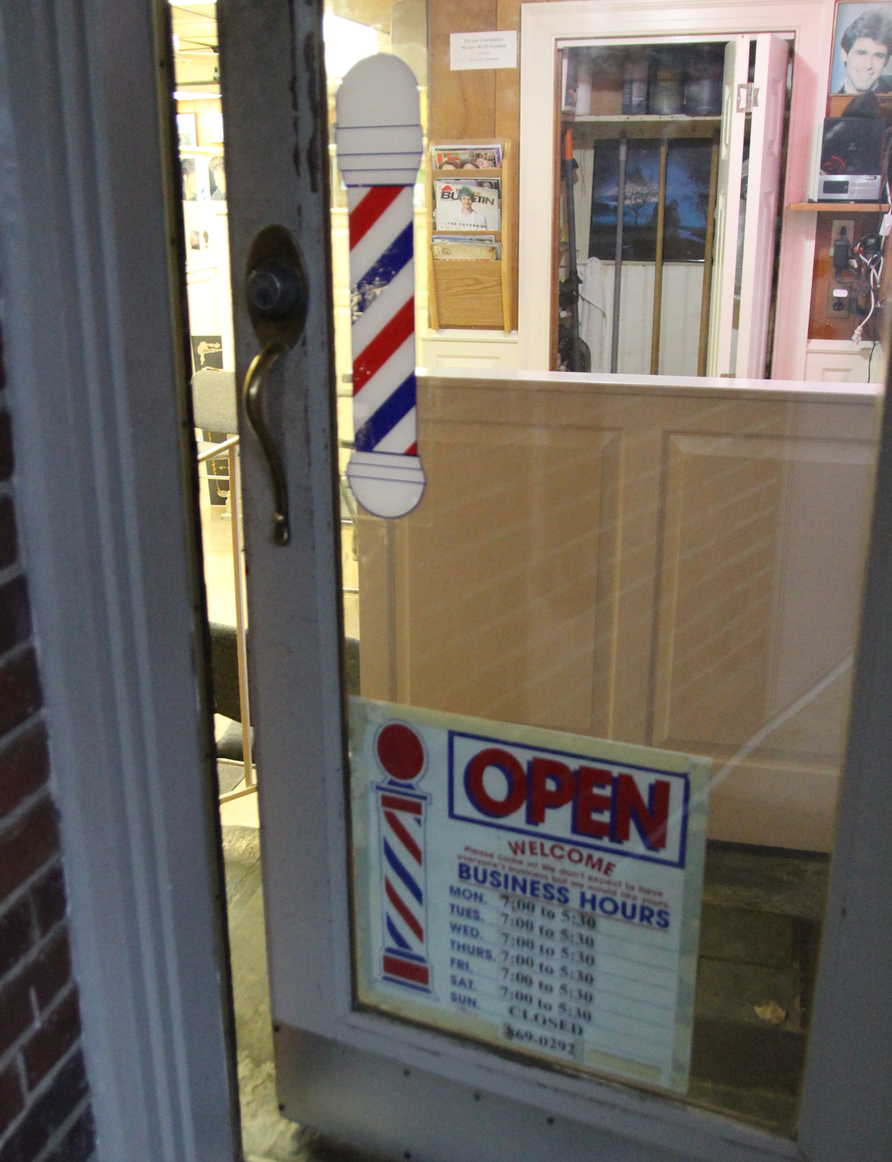 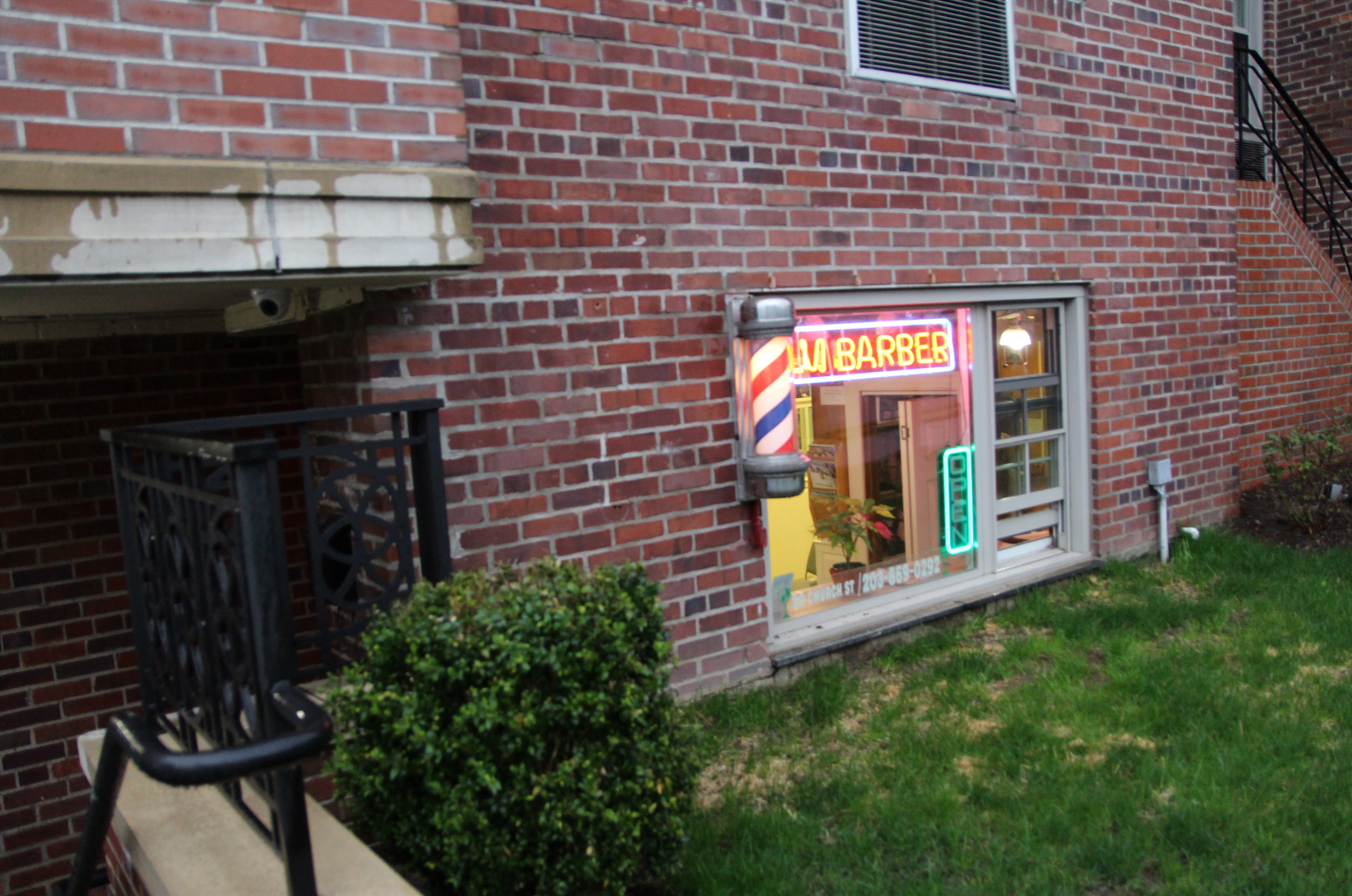 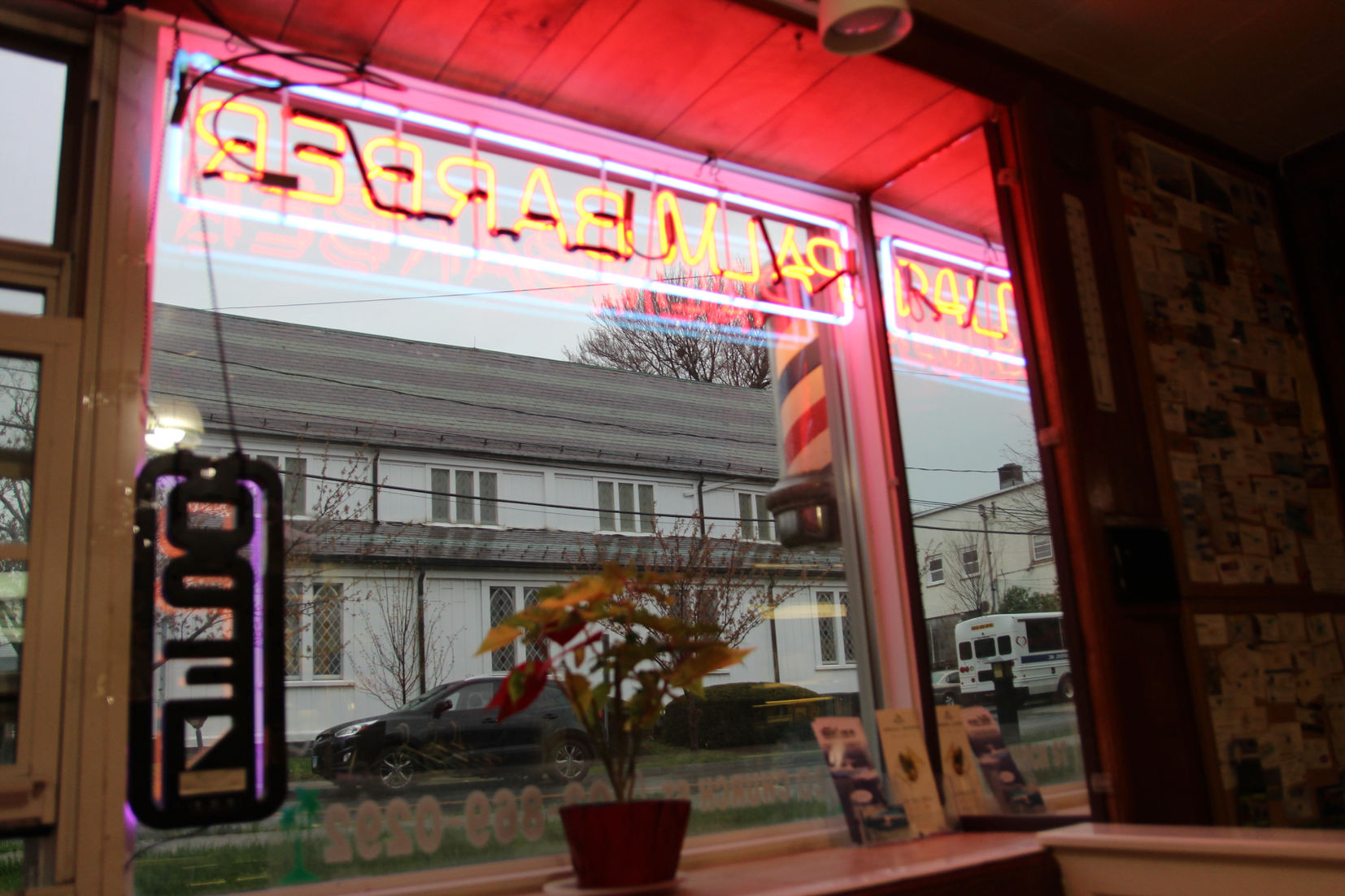