Submitted by Steve Galkin “The Greenwich Curmudgeon” on July 5, 2016

The town grinch is back with some more about the Greenwich government, especially the method to obtain passes for seniors.  These are free passes that any town resident can acquire just by requesting them.

The location for acquiring these has been the town hall in downtown Greenwich since I arrived here 25 years ago.

But wait!  Not anymore.  After waiting in line for 20 minutes, I was informed that those passes are given out only at 90 Harding Road, in Old Greenwich, or at 449 Pemberwick Road, in Greenwich.

No such sign exists, so many waste their time to have the people behind the window tell you so.

As I waited, the three people in front of me received no passes.  One was told to come back with additional paper work and the other two were told to go to the other locations for their one-time beach passes, as I was also informed.

What has happened to common sense.  Put the persons in the outlying areas in the town hall, in Greenwich.  That’s where everyone goes anyway.

So I scootered over to 449 Pemberwick Road (no number on the building), hand-written signs directing one to the 2nd floor.

Upon arrival, one person (with a wonderful nature), issues the free senior passes and off I go to home. 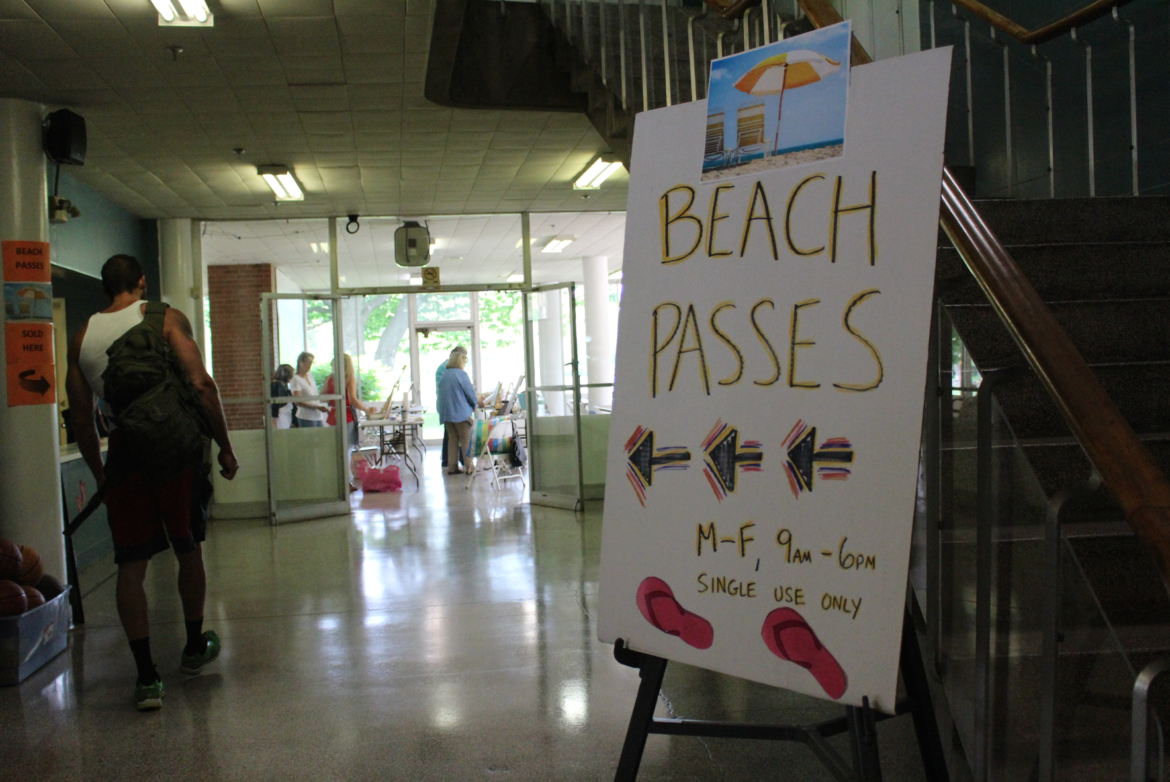