“The GRS construction team was concerned that the construction fencing was damaged by unknown persons/causes and blocked the sidewalk.

If  they were to check the actual weather for Thursday they would have found  “Wind speed, 8mph; Max wind speed 18 mph; Max wind gust 30 mph”.

The wind gusts experienced that night certainly would have blown over a 92 foot long 8 foot high fabric covered chain link fence.  The calculated force on the fence with a wind speed of 18 mph was over 8,900 lbs and at a wind gust of 30 mph the force was over 24,000 lbs.  My neighbor and I experienced lawn furniture being blown over that night. 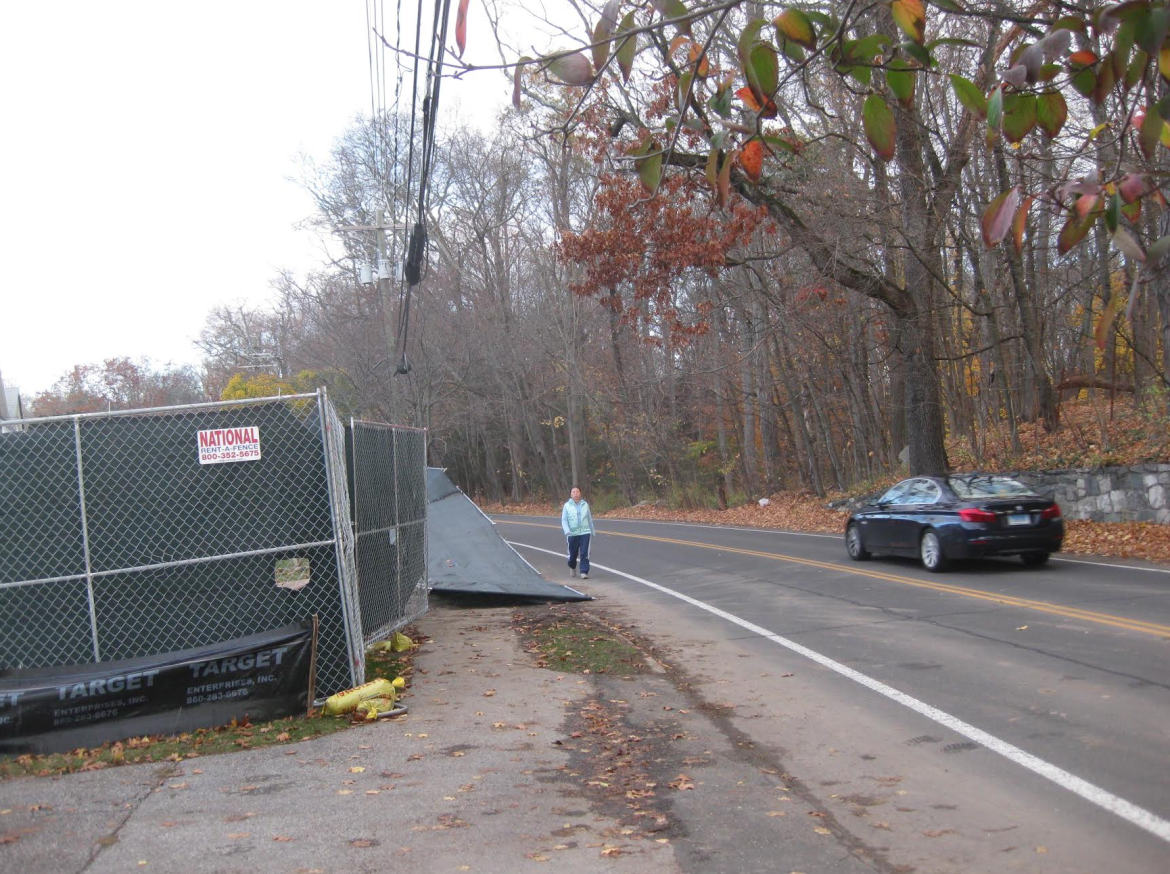 So it was not the speculation “damaged by unknown persons” but the wind force on the fence.

Luckily the tree stopped the fence from going into the street causing a motor vehicle accident and injuries.

Another statement “The fencing has been reinforced to ensure that it’s not likely to happen again. GRS has taken additional steps to ensure that a flagman will always be present during deliveries, including the 45-minute period before/after school, and apologizes for any confusion during the first days of construction.”

During the first days of construction, actually the construction has been going on for well over three weeks when they started removing the trees and then demolishing the buildings.  During this three week period there were no flagman present.

By not having a flagman present Greenwich Reform Synagogue violated the settlement of their RLUIPA lawsuit against the Town of Greenwich, 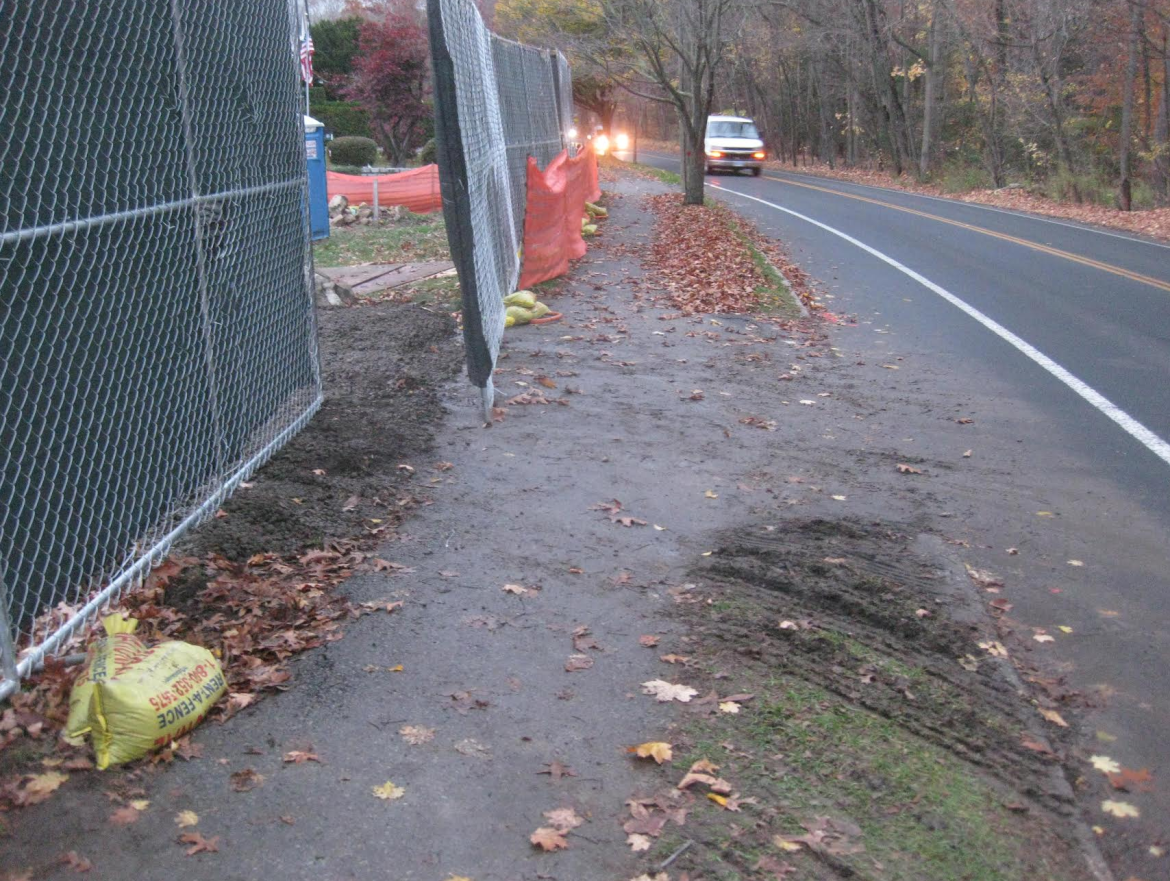