This week was an upsetting day for Chelsea Squire, who lives in Greenwich Housing Authority’s Wilbur Peck Court with her children.

Wilbur Peck, built in 1953, is financed by US Department of Housing and Urban Development (HUD).  On Wednesday morning, Ms Squire peeled back the plastic baseboard under her kitchen sink and behind her stove because she had a hunch that that was where the cockroaches in her apartment live.

Ms Squire said that last week, the Greenwich Housing Authority visited her during a complex-wide inspection of 110 units for bed bugs and cock roaches, and planned to return to exterminate on Thursday (Feb. 25). She said she didn’t expect it to solve her main complaint, which is a cockroach infestation, though she has other complaints. 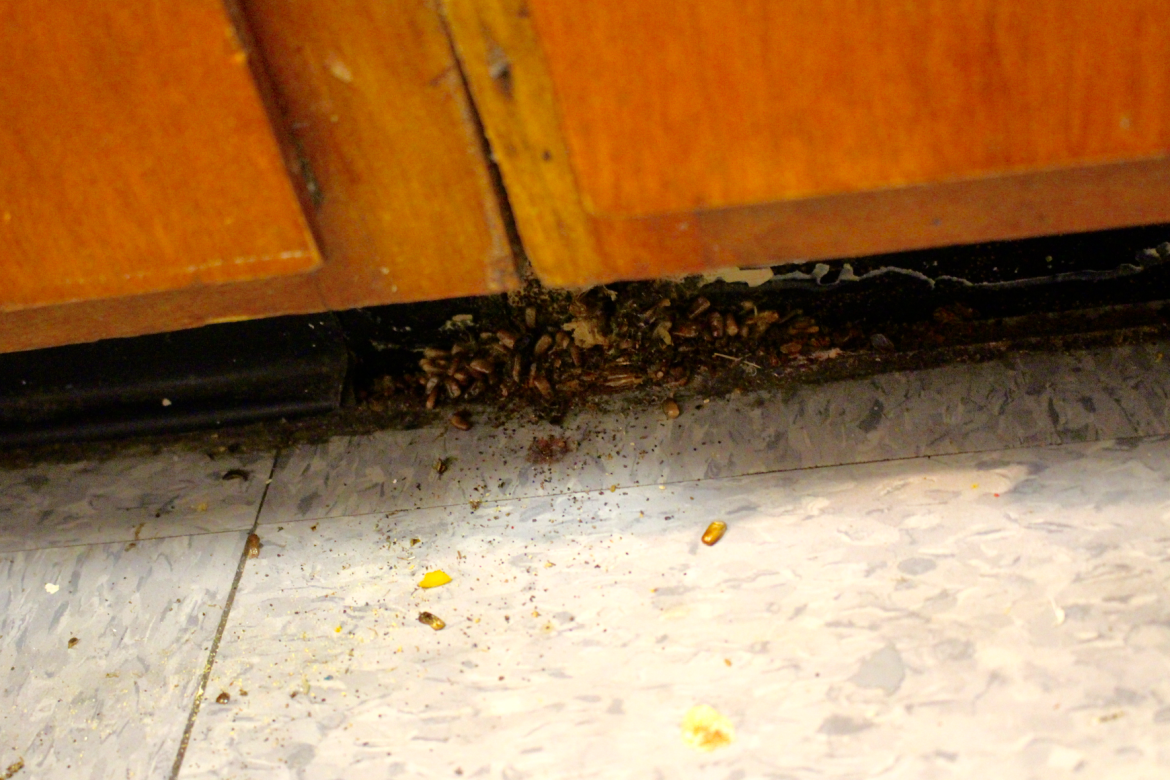 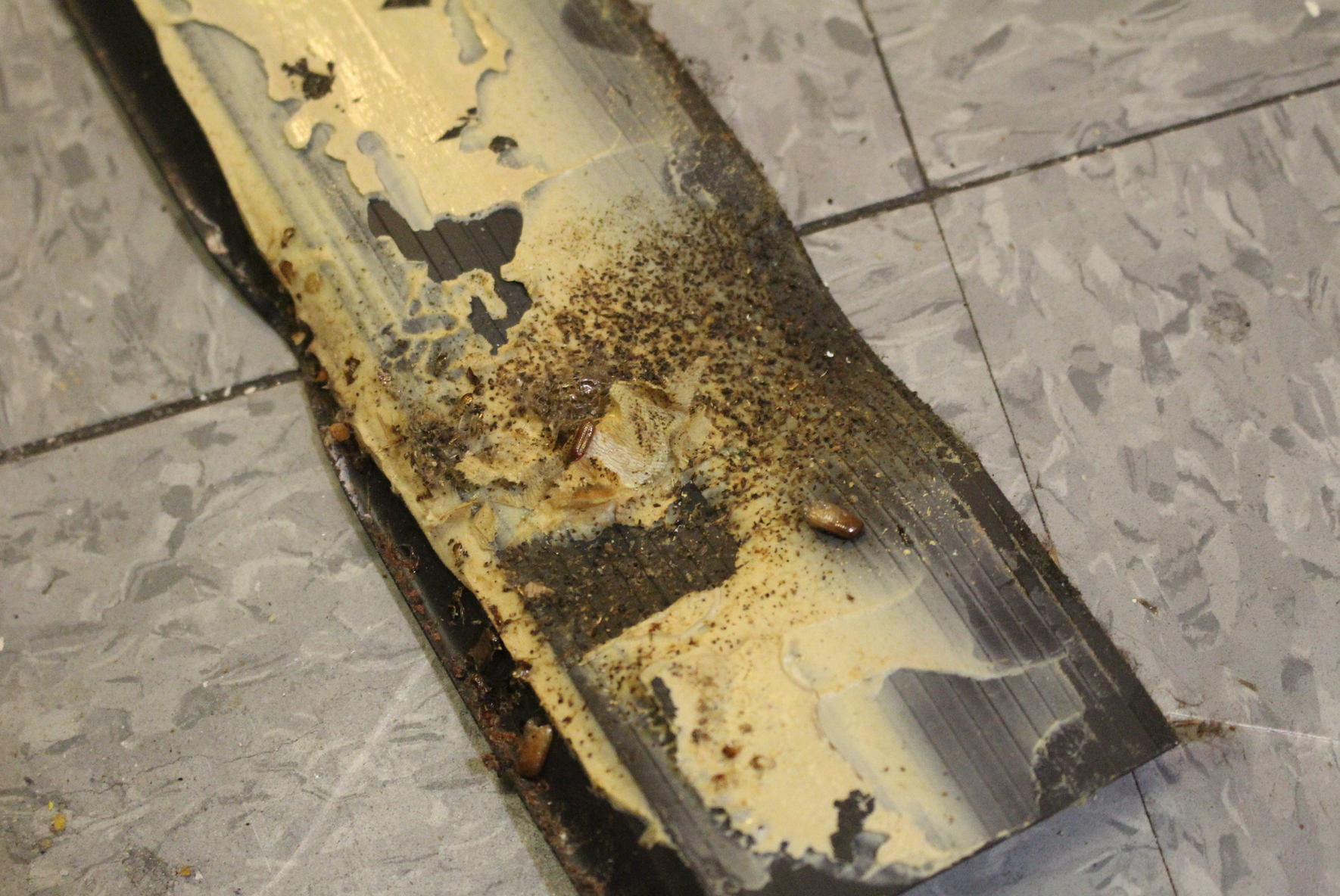 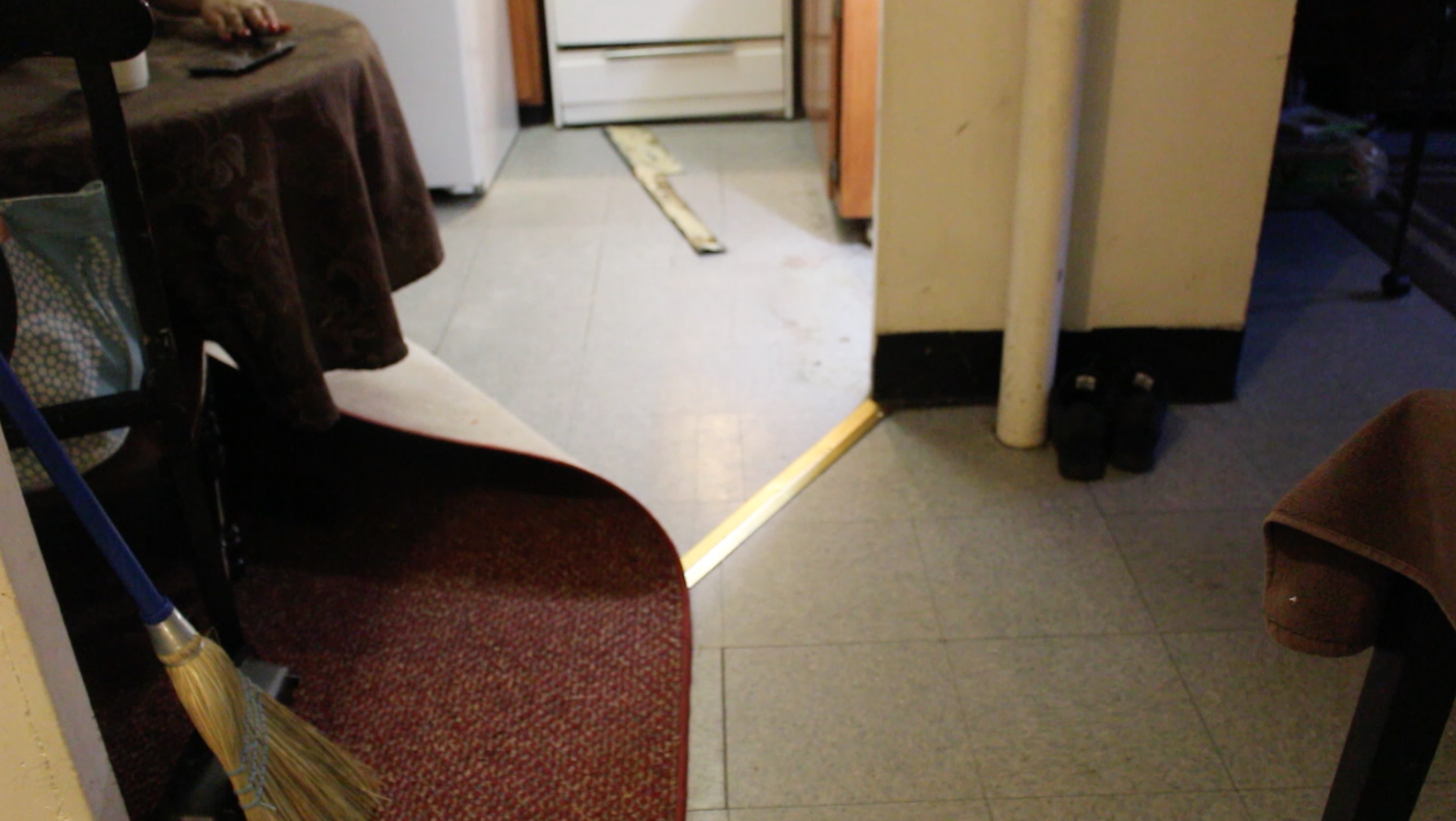 Ms Squire, who called in to the radio show of Housing Authority board chair Sam Romeo on Feb. 18 to ask for help, started to list her issues, including lack of hot water and occasional brown water coming up into her bathtub, mold on ceilings, bed bugs, and cock roaches. She said her oldest son was allergic to the cockroaches and has been sick.

Mr. Romeo interrupted her and said the call was a set-up.

He said that during the inspection, the Housing Authority of Greenwich was pleasantly surprised at how lovely most of the apartments were. He said deputy director Terry Mardula had photographed apartments with his iPhone and shared them.

“I want to give a heart felt shout out to the residents of Wilbur Peck,” Romeo said. Based on the photos Mr. Mardula shared, Mr. Romeo said, “I think they belong in House & Garden Magazine. I was amazed how well kept the units are.  The Executive Director is coming up with a good housekeeping award!”

Fast forward to Feb. 24. Ms Squire invited Greenwich Free Press to see what was behind the baseboards: A lot of cockroaches, feces and eggs. She also shared a look at mold in the bathroom and cracked plaster in several places.

Reached by phone, Michael Long in the Greenwich Health Dept, offered to send someone over to in short order to meet with Ms. Squire.

HATG executive director Anthony Johnson offered to share copies of Ms Squire’s lengthy work order history, and said the problems were the fault of the tenant.

For her part, Ms Squire said the Housing Authority had been sending exterminators for years, but that the bugs live inside the walls. She said for years exterminators had been leaving “gels” that never completely get rid of the bugs. 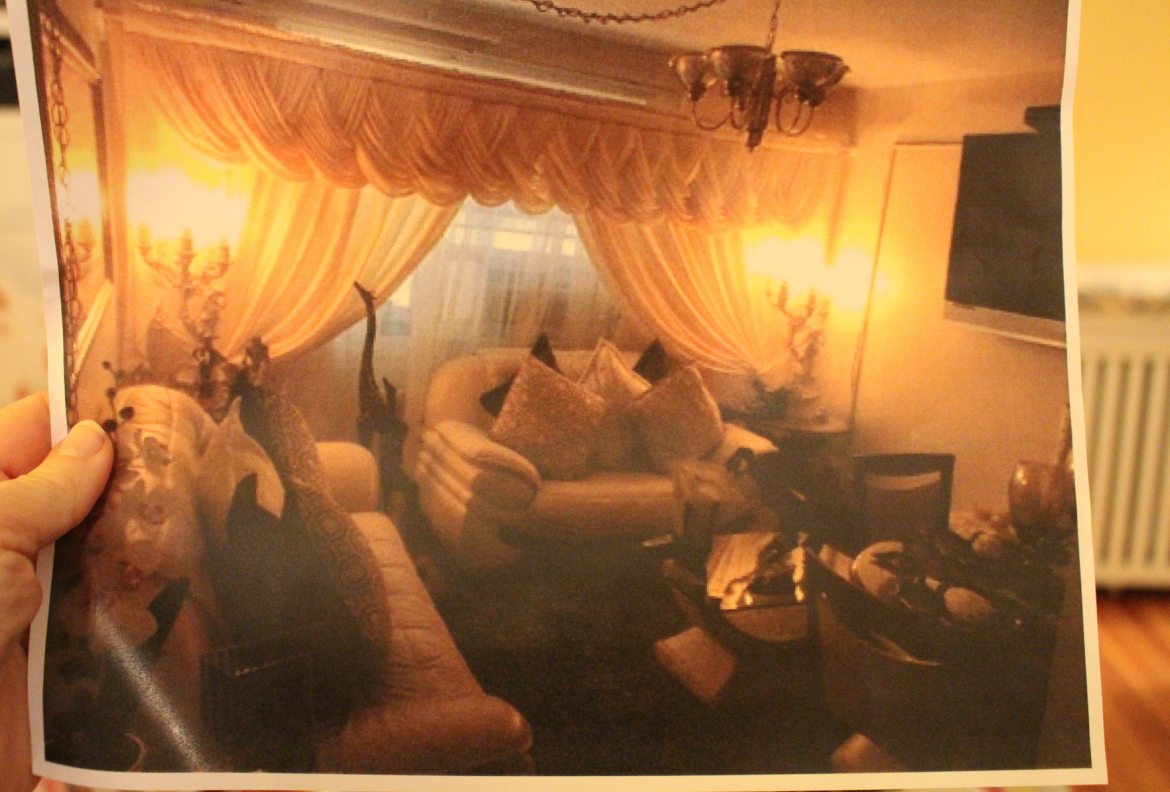 An example of one of the many apartments where Mr. Johnson said tenants were good housekeepers, and had no cockroaches.

In Mr. Johnson’s HATG office on Milbank Ave, he shared a stack of color photos of apartment interiors at Wilbur Peck citing them as examples of good housekeeping. Of one particular photo, which he noted is adjacent to Ms. Squire’s, he said the tenants were good house keepers and hadn’t reported bugs.

All the photos appeared to have fresh paint, nice furnishings, decorative objects and curtains. One had a new tile backsplash over the kitchen sink. Others appear to have new stoves and floors. Mr. Johnson said the appliances were simply cleaner, not new.

“We did a special inspection based on only one complaint,” Mr. Johnson said. “We inspected 107 of 110 apartments. 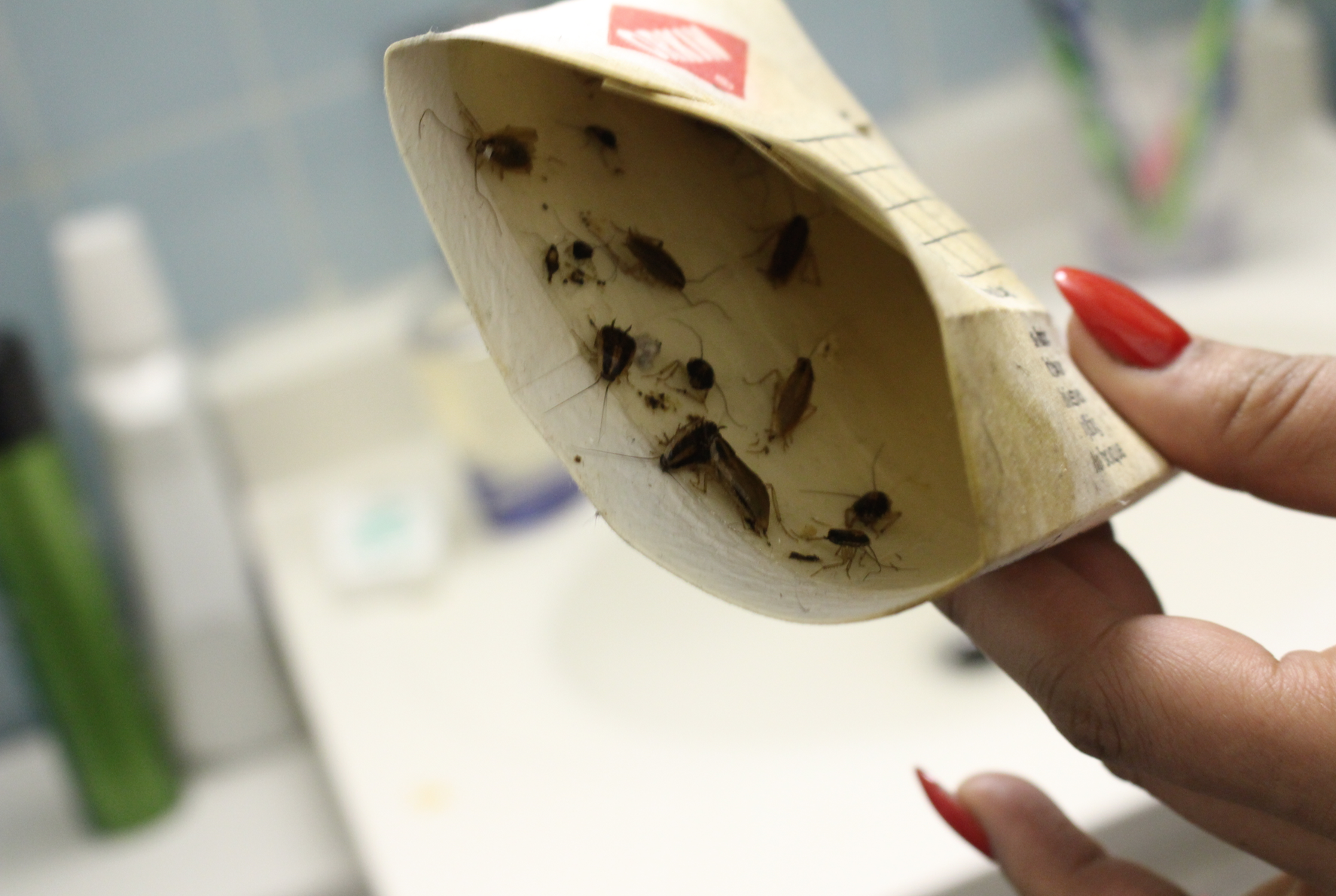 Cockroaches in a trap in Chelsea Squire’s apartment at Wilbur Peck Feb. 24, 2016

“It’s the people,” he insisted, adding that Ms. Squire was providing the bugs a “food source” because there was grease on her stove.

“We inspect our units every year,” Mr. Johnson said, adding that Ms.Squire’s apartment has been exterminated twice a month since 2012. Laura Murphy, a HATG intake and wait list specialist, and Teryl Elliot, an Asset Manager at Wilbur Peck, were present, as well as secretary, Lisette Contreras.

He said the HATG, through Orkin had applied a gel on the 18th, and that the gel is applied with an applicator. He said they also left behind trap in the kitchens and bathroom. 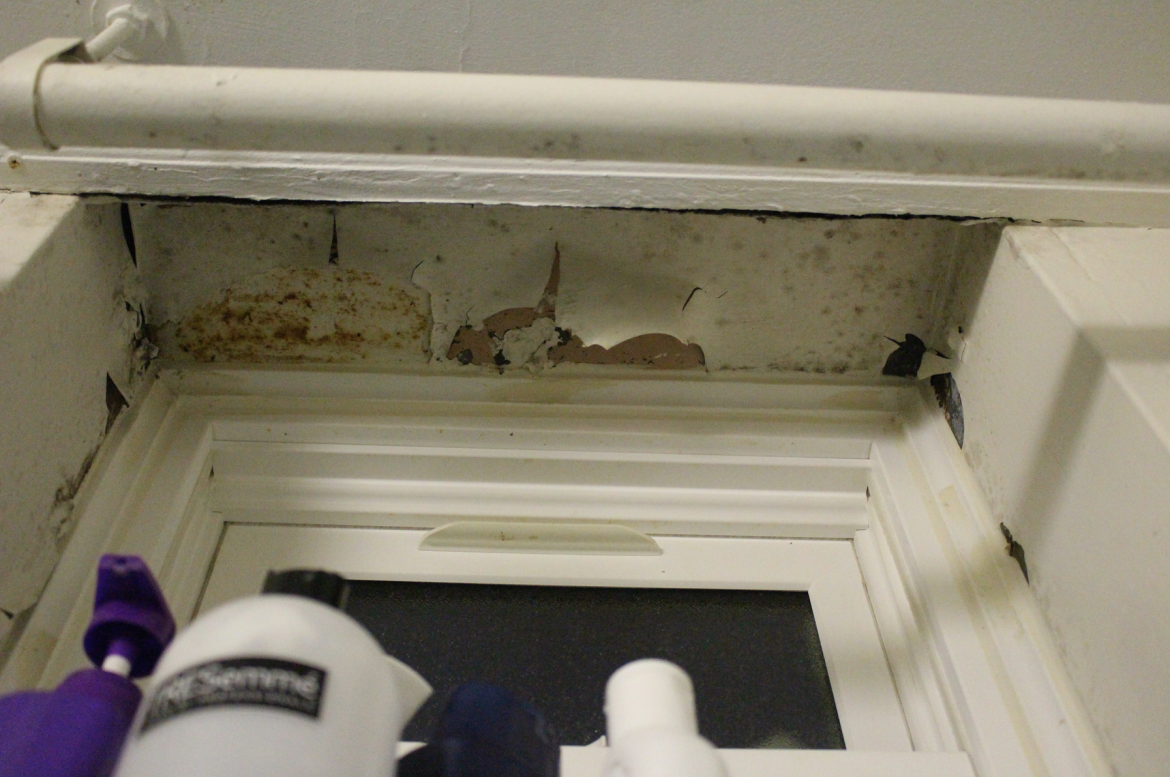 “People have to be responsible and clean their apartments if there is an attractive source of food in an apartment, the treatment would not matter. We don’t have that problem in every unit. It is localized,” Mr. Johnson said.

“The other units nearby don’t have any roaches,” Mr. Johnson continued. “You refuse to recognize that people live differently.”

“We are going to take out all the base boards and if there is a problem with the floor we’ll take that out and remove it,” he said, adding that if the units are not clean enough – for example, if the stove has grease on it, or the baseboards under the cabinets are dirty –  that equates to a food source for the roaches to eat.

“We want to do the right thing. But we are not going to take responsibility to clean someone’s unit for them.”

Mr. Johnson said it’s important to note that when tenants leave mattresses by the dumpsters, that is illegal dumping. He said, just like any other resident in town, residents are responsible for taking their discarded mattresses to Holly Hill, but they don’t always do that. He said the mattresses left at the dumpsters were not from people being evicted, because they hadn’t evicted anyone in two years, though some tenants asked to leave for non-payment of rent, might move out rather than face eviction.

“We work with people to save them. We work with social services. We put people on payment plans above and beyond what we are required to do,” Mr. Johnson said. “This is not a concentration camp. People are free to come and go, and say what they want to say.” 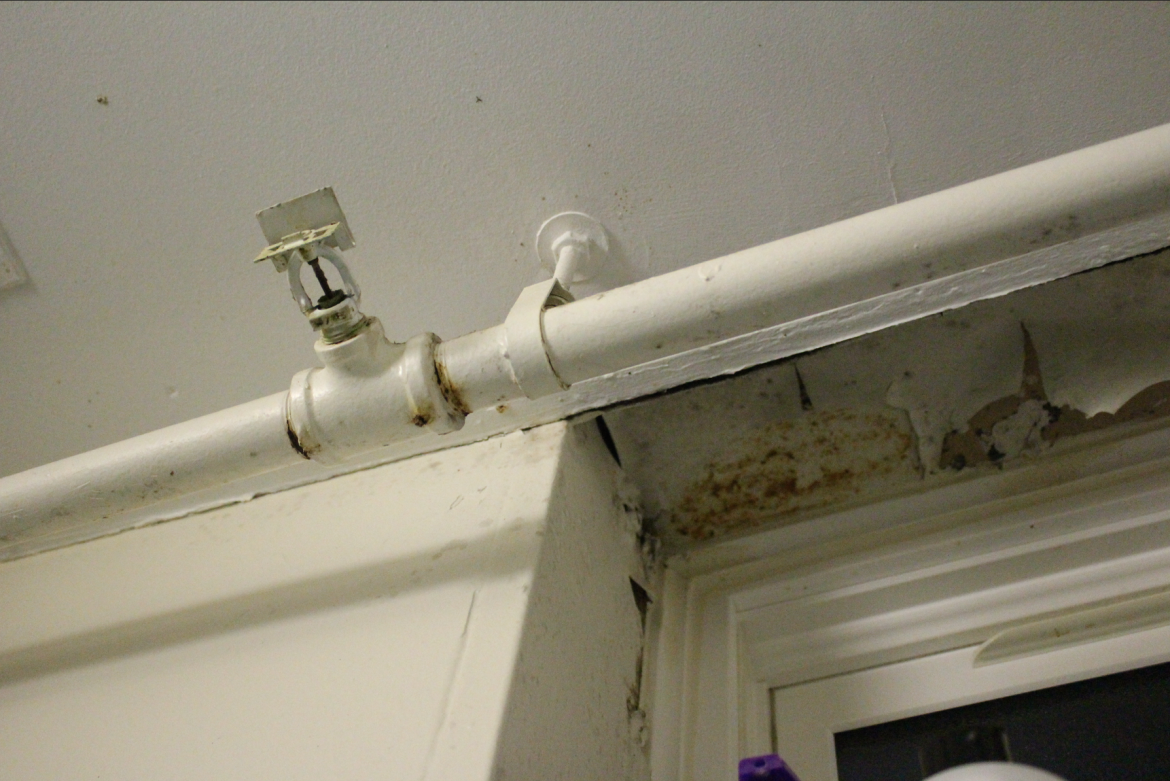 Teryl Elliot said she had inspected 40 apartments and found three cases of roaches. She said that the units with roaches were cluttered and unkempt.

At the end of the meeting Mr. Johnson said there are plans to redo all the bathrooms in Wilbur Peck, including replacing the walls, toilets and tubs. He said bathrooms will all get fans installed, which currently they do not have. “We’re going to do a test unit very soon,” he said, adding that the HATG has spent millions of dollars on the units, including new windows, a new roof, new boiler system and basketball court.

Jumping to the Armstrong Court renovation, and the funding that did not come through, Mr. Johnson said, “They don’t put their money into a place where there is friction from the stories being printed.” 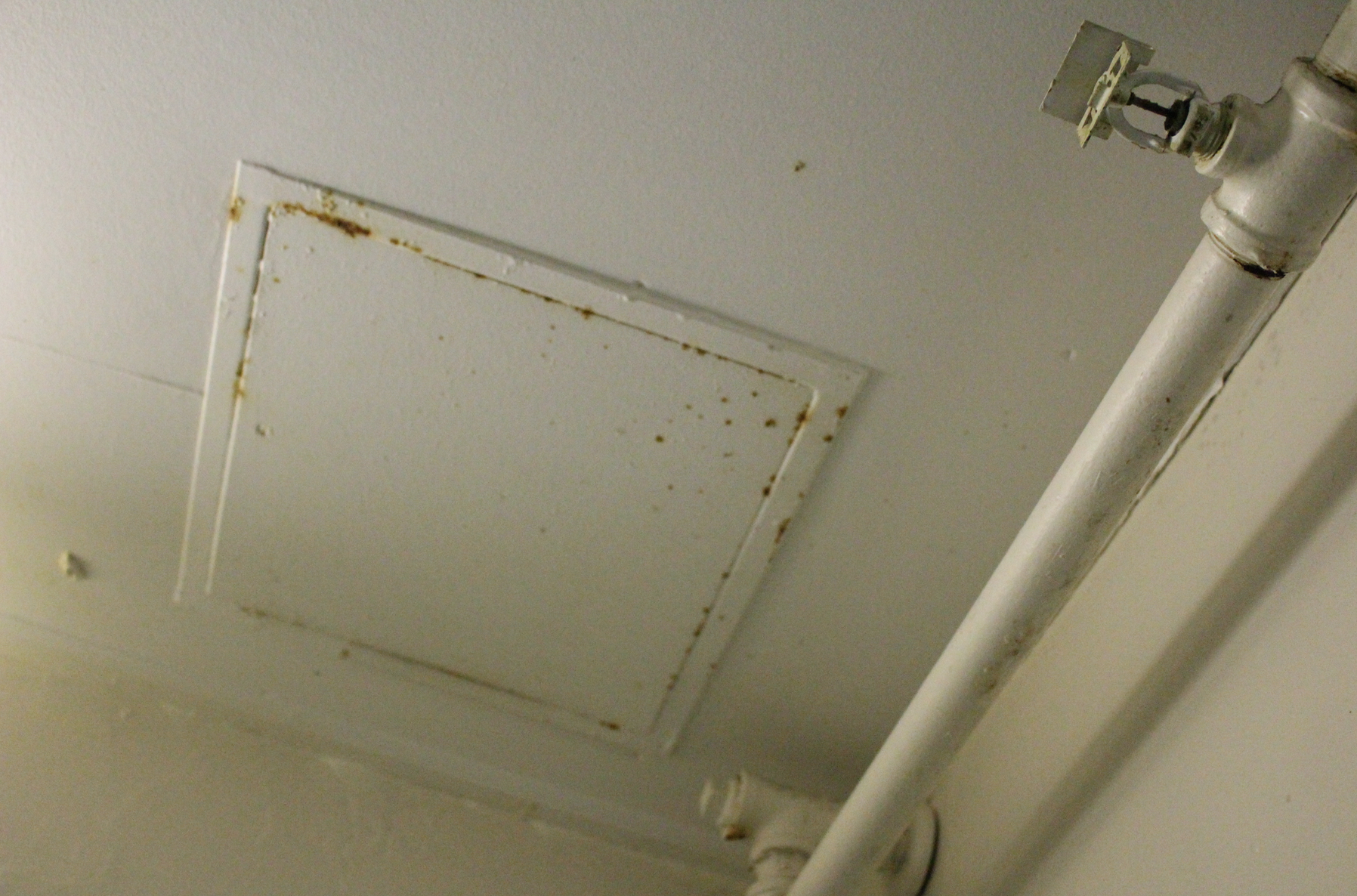 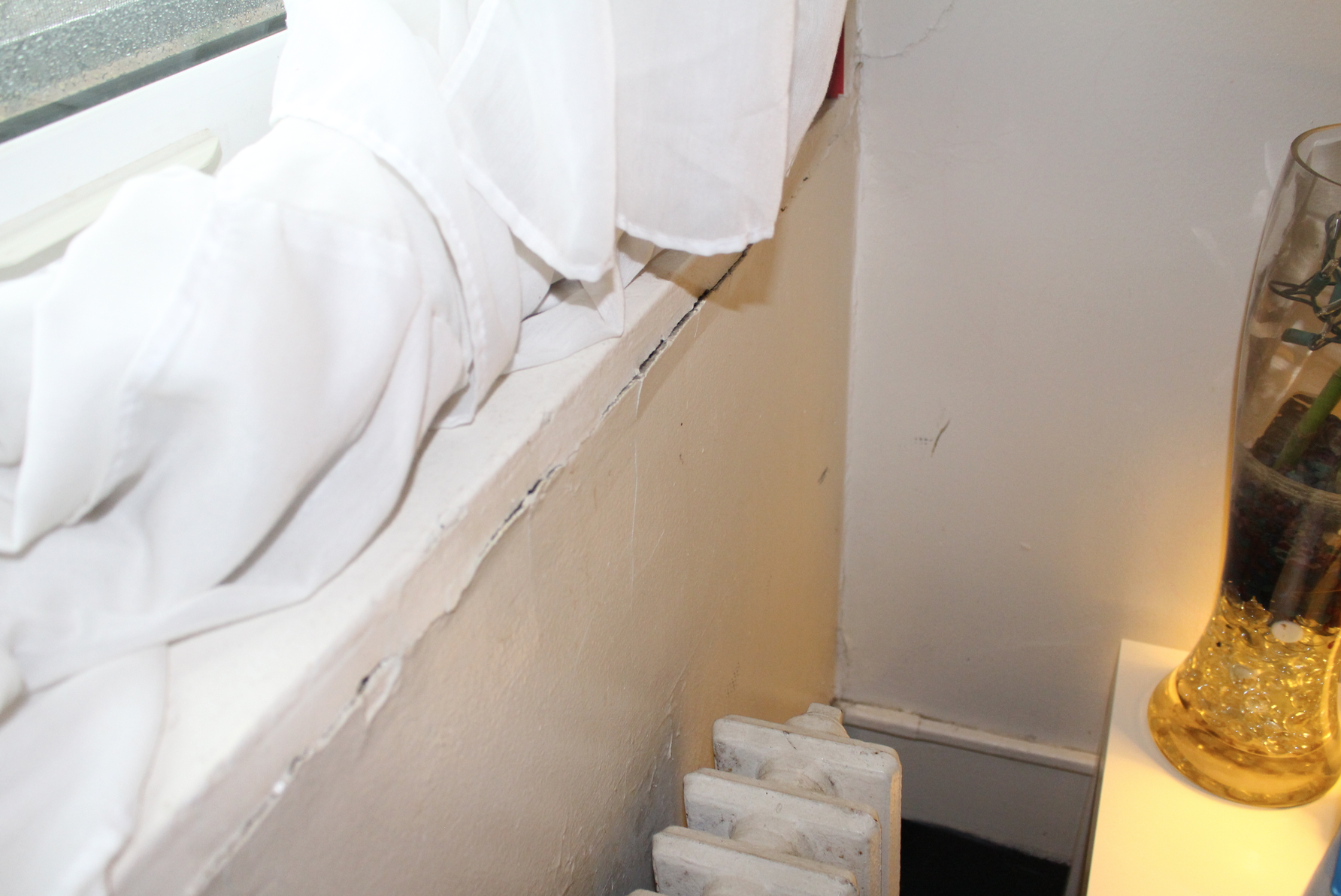 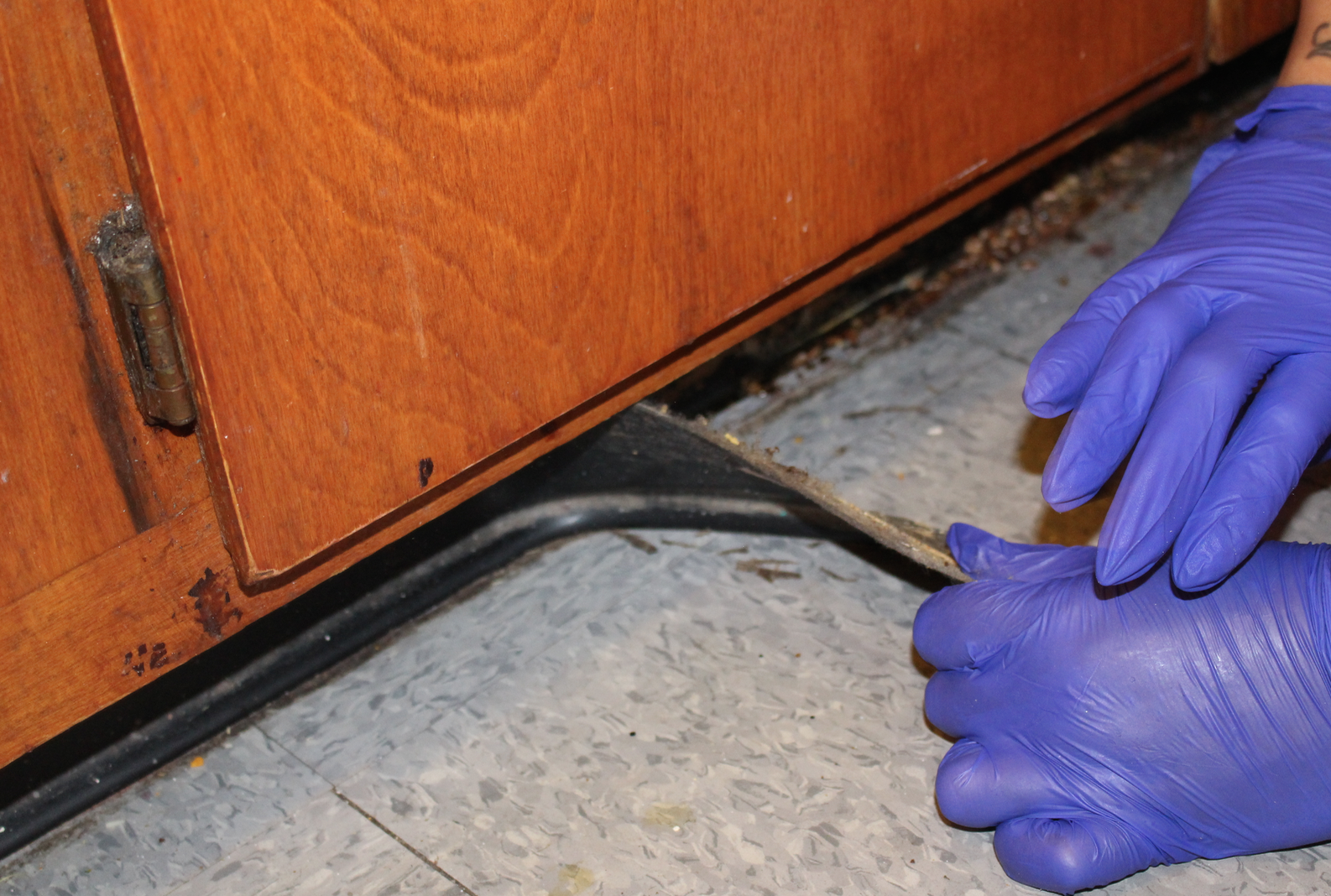