There was also an area for  cat and kitten adoptions, plus bouncy castle, face painting, free samples, silent auction and much more.

The rescue area included the team from Garden Rescues in Stamford.

“We’ve placed over 100 dogs in two years,” said Anastasia Freccia. “They’re from all over – Thailand, China, Puerto Rico, Texas and local including animal control in Stamford and Bridgeport, as well as owner surrenders.” 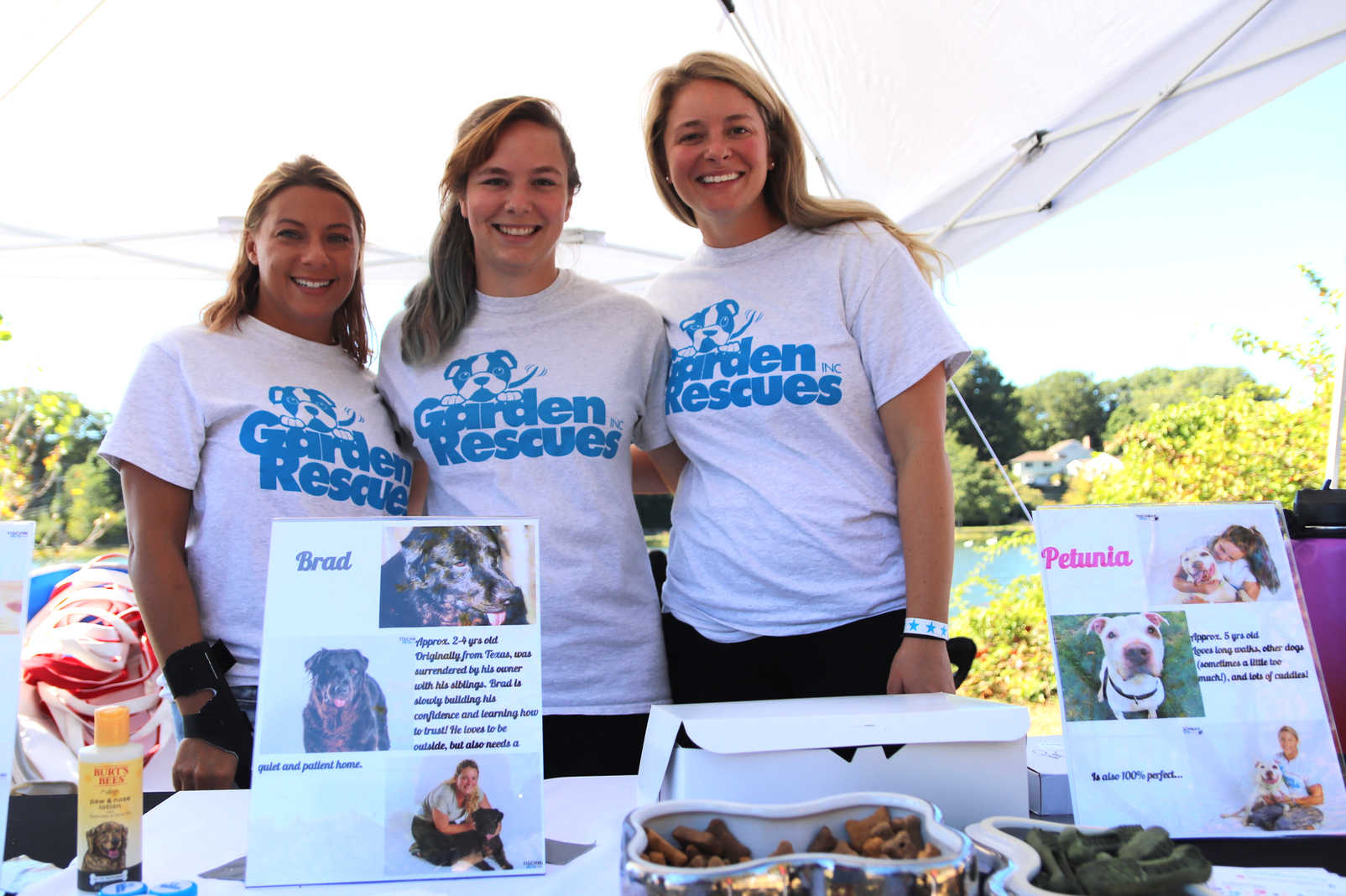 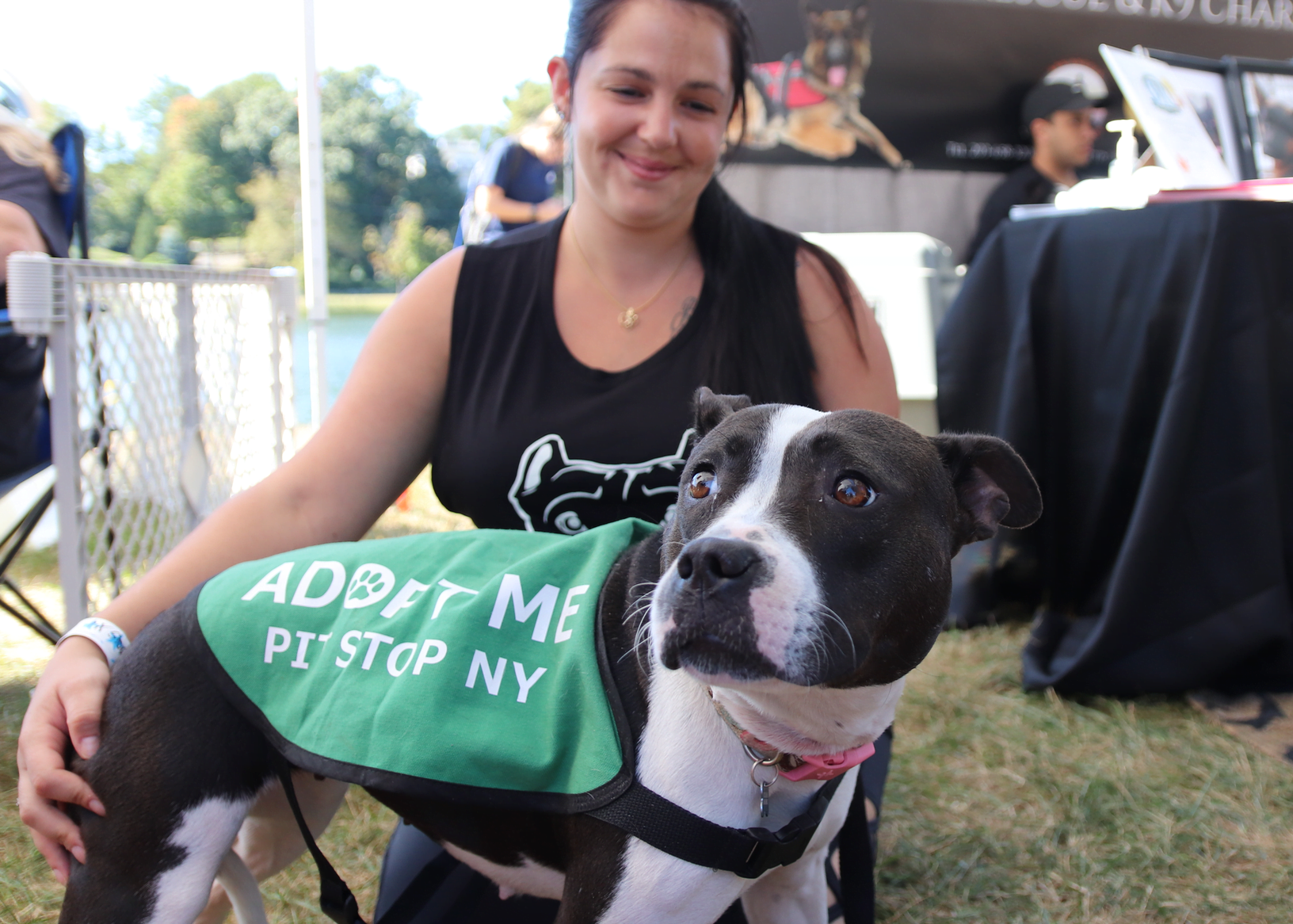 Jess Zullo with Sally who is about two years old and is good with cats,kids, dogs and people! Available to adopt from Pit Stop. Sept 29, 2019 Photo: Leslie Yager 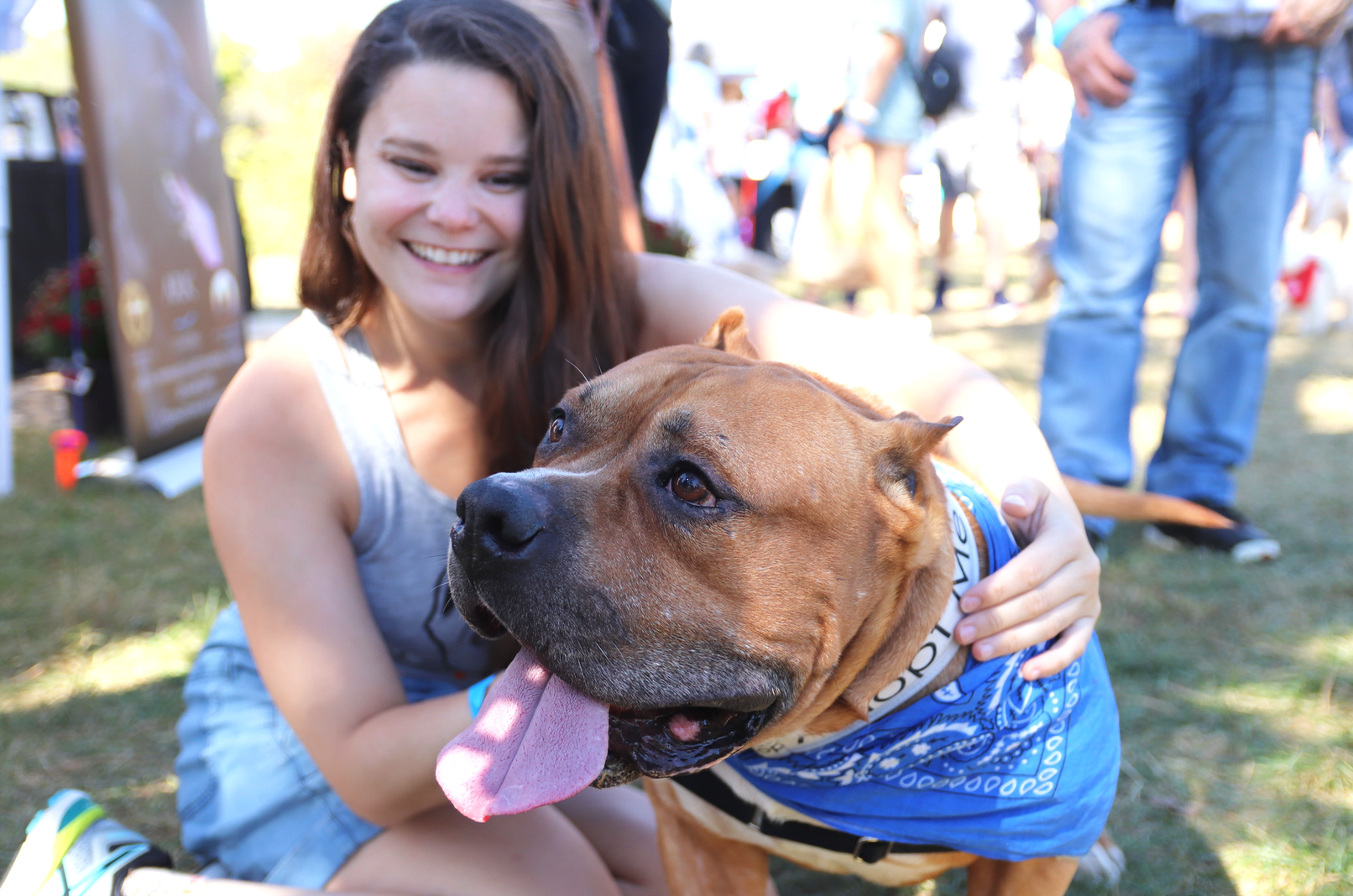 Meatball was available to adopt from Pit Stop. He was pulled from Bridgeport Animal Control and is described by his rescuers as bombproof. He was friendly with dozens of random dogs at Puttin’ on the Dog. Sept 29, 2019 Photo: Leslie Yager

Another group, Pit Stop Rescue, brought along Sally and Meatball.

Sally came from Norwalk Animal Control and is about 2 years old. She came with a sister who has already been adopted.

“She was emaciated and had been living in a car,” said Jess Zullo a volunteer with Pit Stop. “She was from a known drug dealer and had never been in a house, and never been vetted.”

Sally has received great care from Pit Stop, put on weight, has been vetted and is sweet and friendly.

Meatball’s story is about as sad. He was put in quarantine at Bridgeport Animal Control becaue he arrived with “bites of unknown origin.

Anya Kopchinsky said that often dogs who come out of a similar quarantine are withdrawn and anti-social, but not Meatball.

“He came out smiling and rolled over for belly rubs,” Kopchinsky said. “He is so amazing. You’d never have known he was in quarantine. He’s bombproof.” 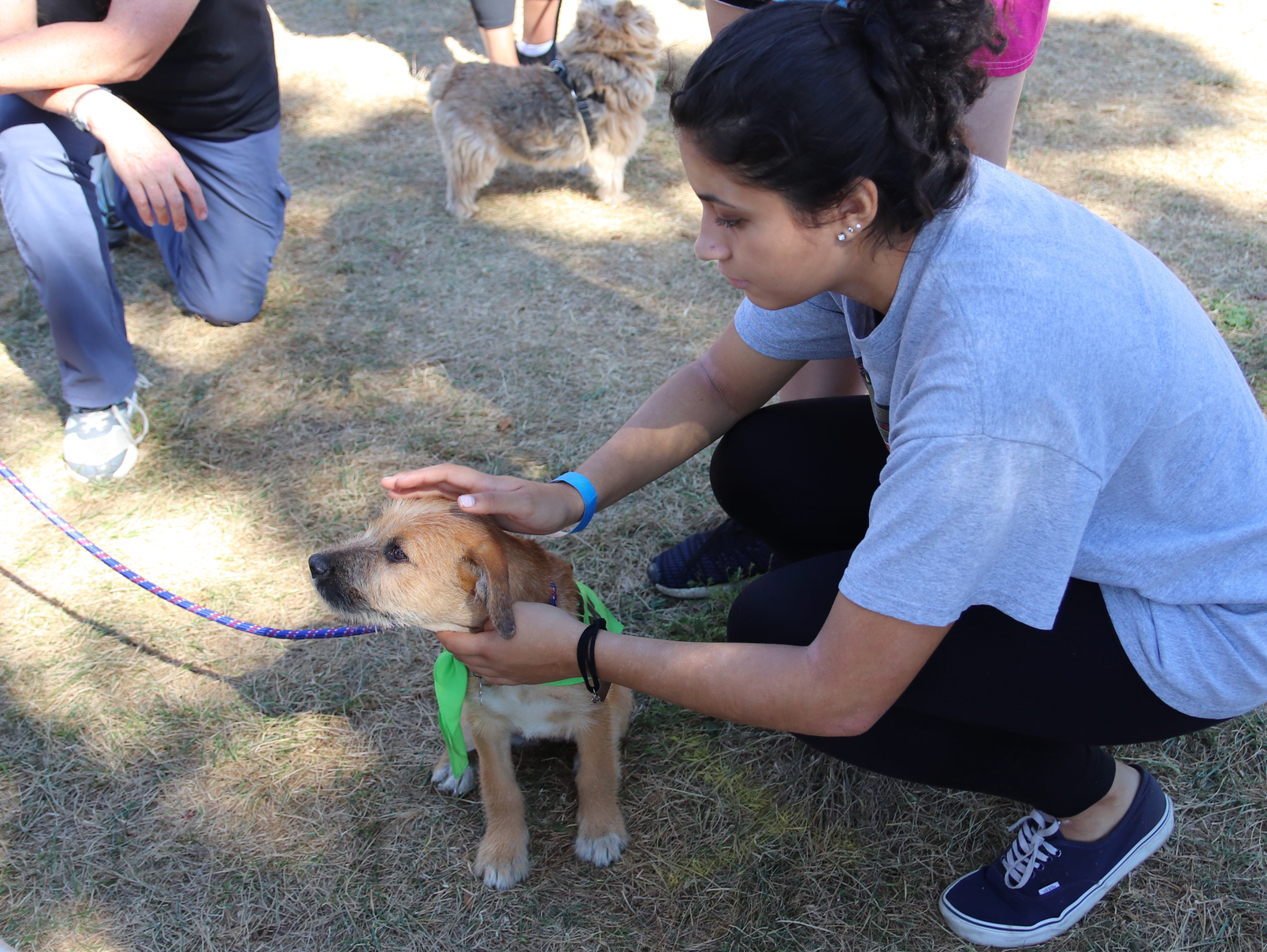 Little puppy Mango was one of eight puppies rescued by Shaggy Dog Rescue from Texas where they were turned into a shelter. Mango and his siblings are 7 weeks old. Sept. 29, 2019 Photo: Leslie Yager

Mango really won us over. He is a super adorable puppy available for adoption from Shaggy Dog Rescue. Mango was one of a litter of 8 puppies who were turned int o a shelter in Texas when he was about 7 weeks old. Shaggy Dog Rescue said the mom was a Schnauzer/Terrier mix and they expect Mango and his siblings to be 30-40 lbs.

“Mango is very playful, enjoys toys and running around in the yard,” said Clare Fahy who is a vet with South Wilton Veterinary Group. “He is doing very well with housebreaking and walks nicely on a leash. He is fully vaccinated, neutered and has a microchip.”

Mango and his puppy siblings are available to adopt at houstonshaggydogrescue.org  For more information email [email protected]

Other dogs from Shaggy Dog Rescue can be viewed here.

Tina Zinn from ARK Charities was also on hand with shepherd type dogs. Under ARK is Redemption Rescue, a faith based rescue that saves German Shepherd dogs from high kill shelters, from abuse, neglect and abandonment, and is dedicated to rescue, rehab and re-homing this noblest of breeds. Another part of ARK is Angel Assistance Animals. They rescue and match service dogs with their perfect military veteran or child. 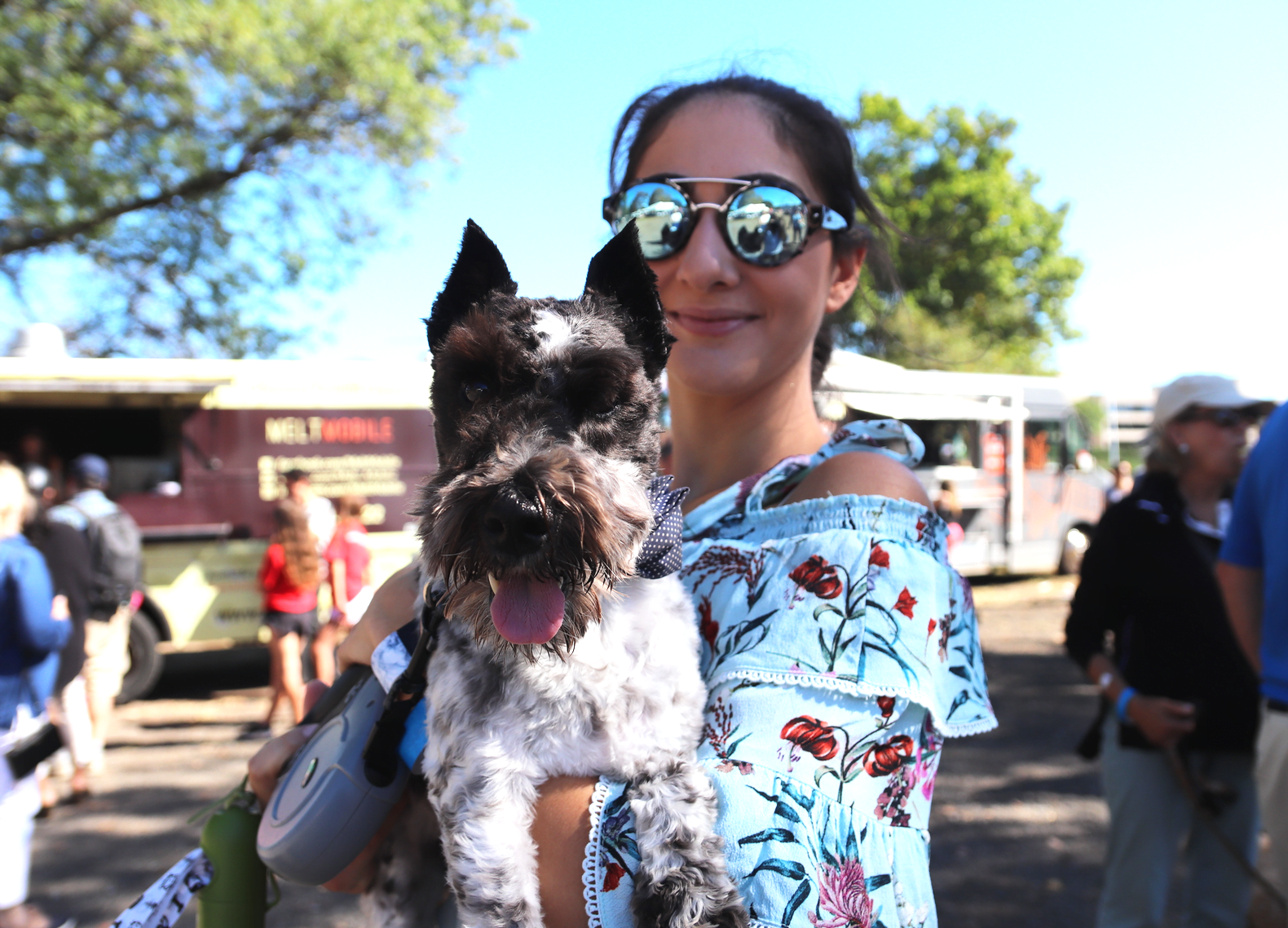 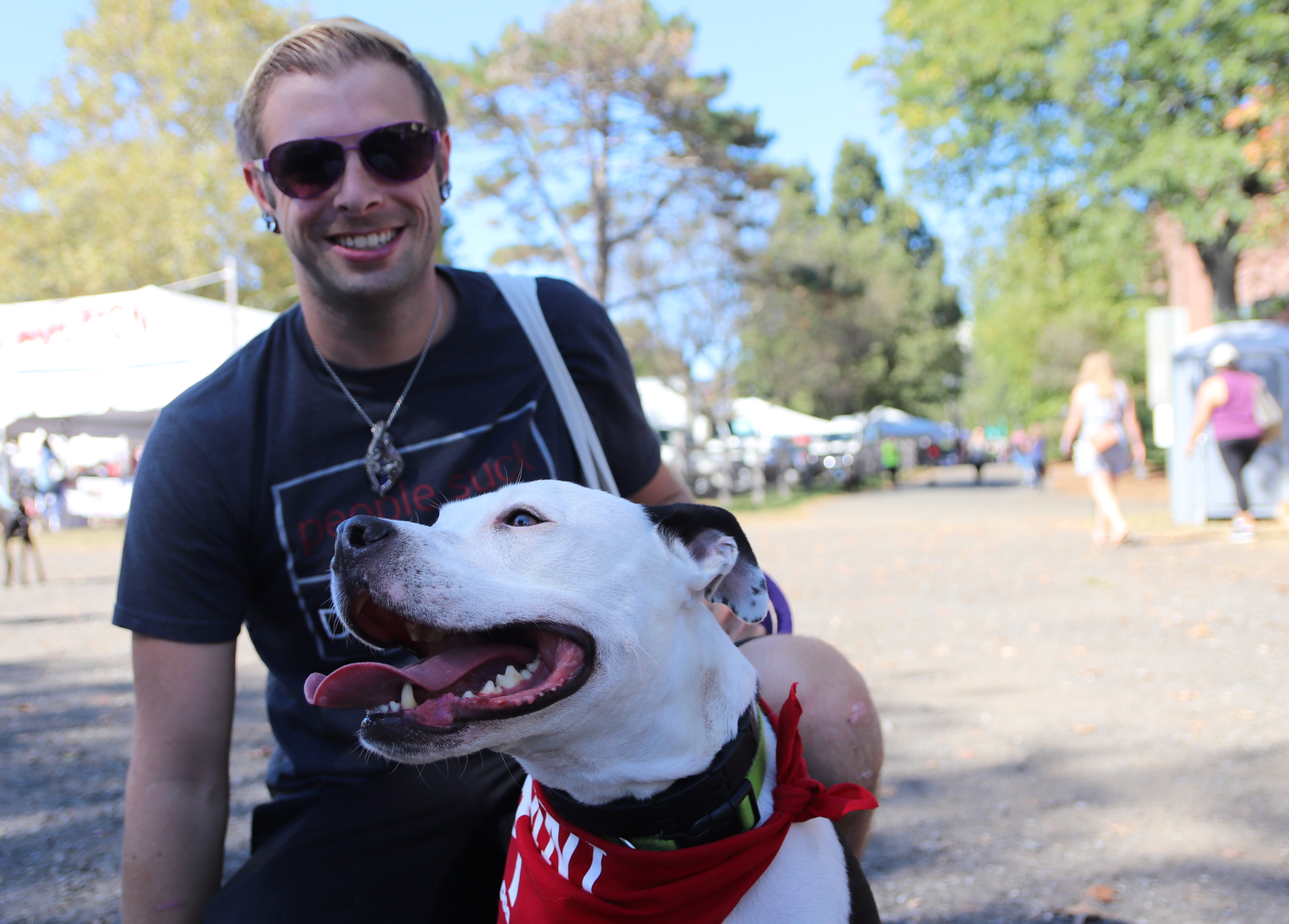 Jeff Berger with Panda who he adopted from Adopt A Dog a few years ago. Panda had been left behind in a crate when his  owners moved out of an apartment in Philadelphia. Sept 29, 2019 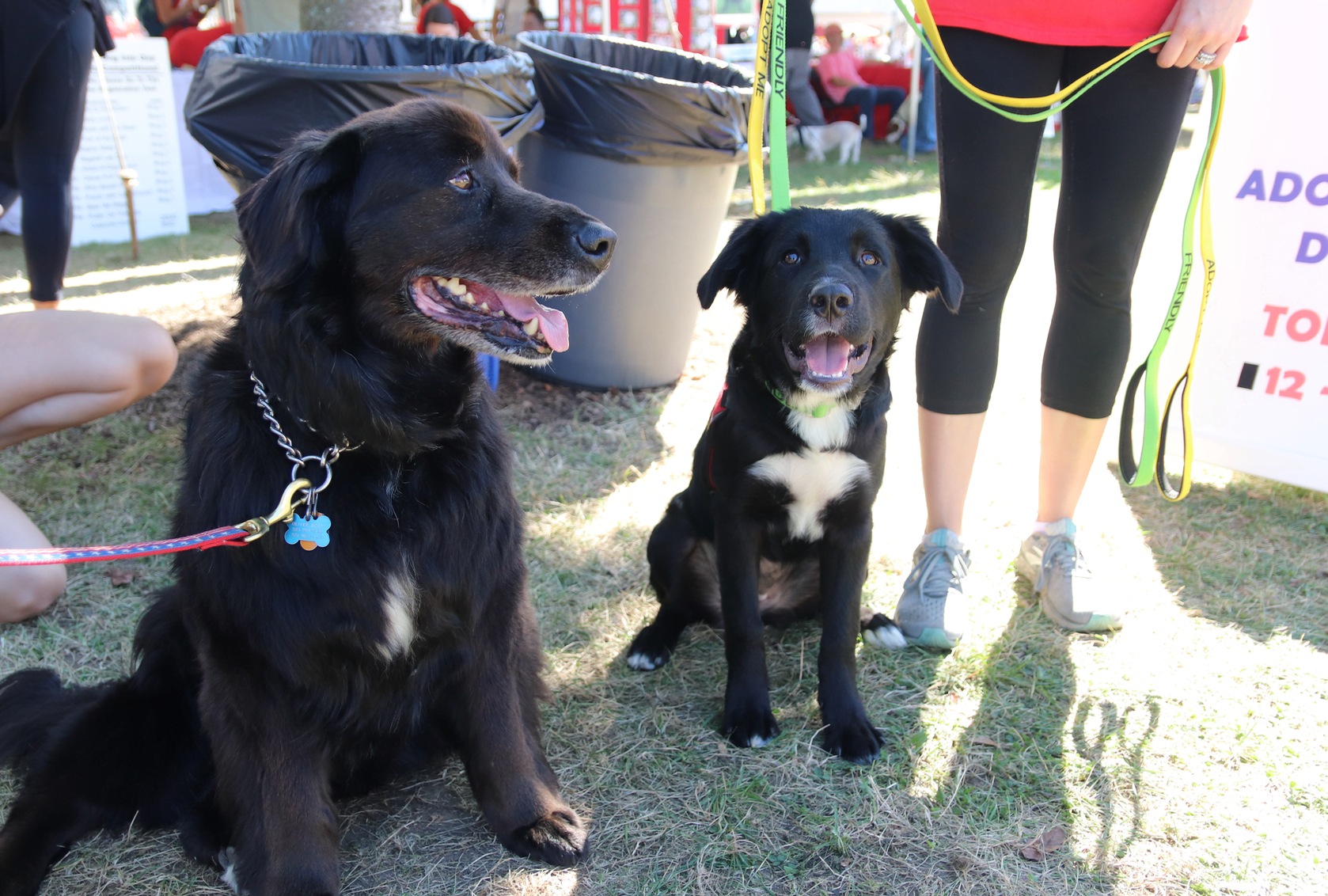 Shay (at right) is a dog available for adoption from Adopt A Dog. He is one of several named after baseball stadiums. Sept. 29, 2019 Photo: Leslie Yager 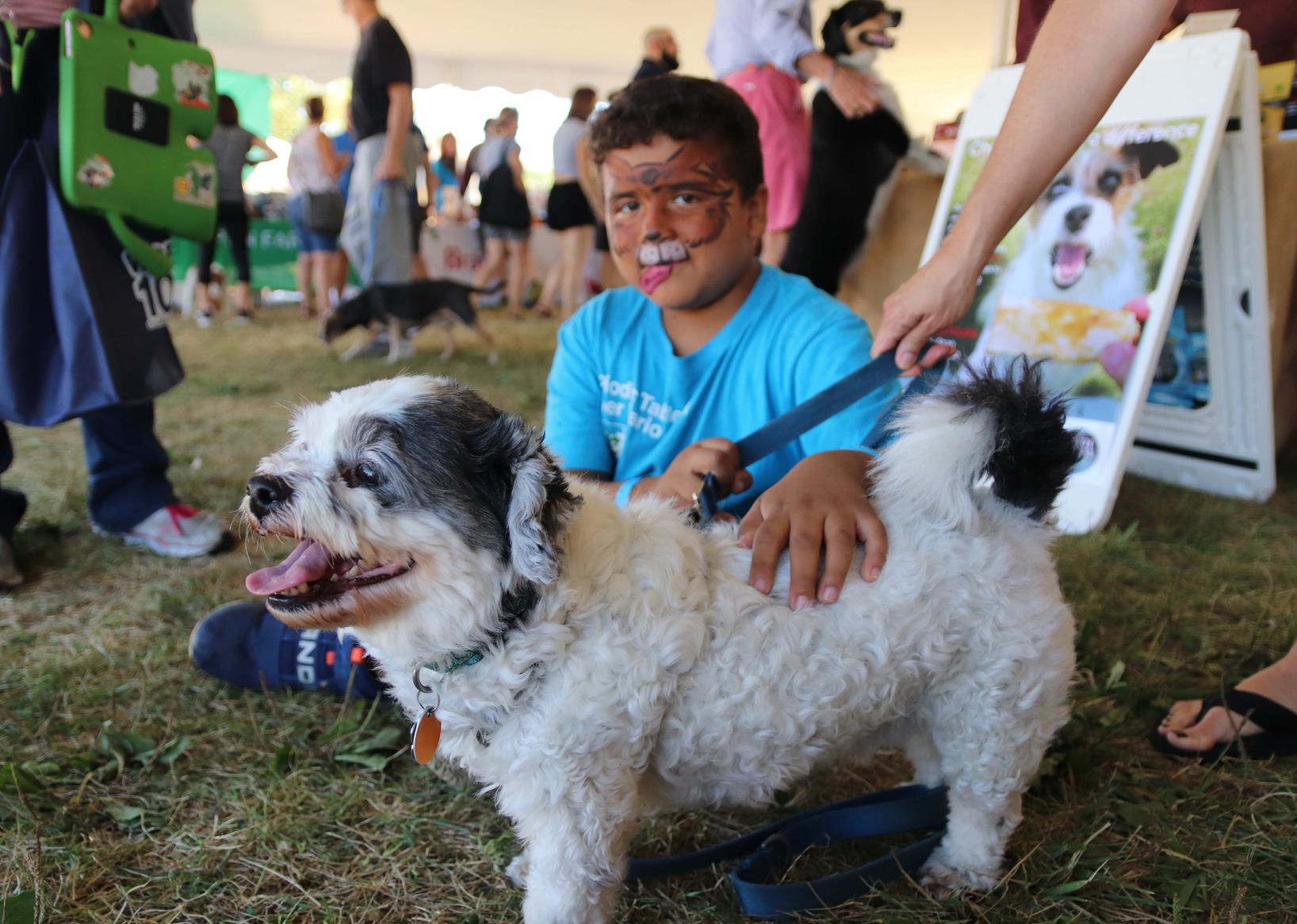 Cooper (foreground) with a friend painted to look like a dog by Faces By Wells. Sept 29, 2019 Photo: Leslie Yager 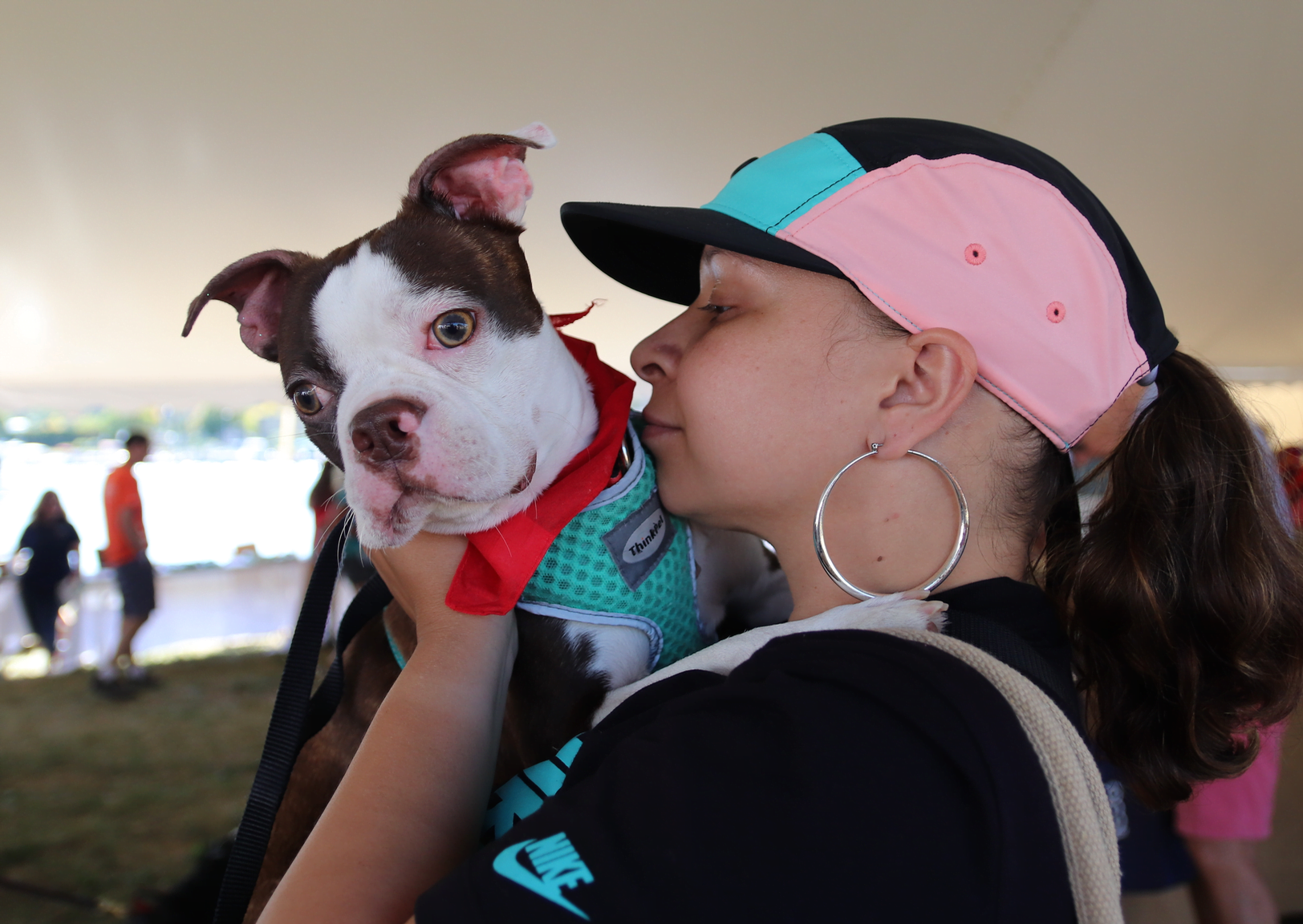 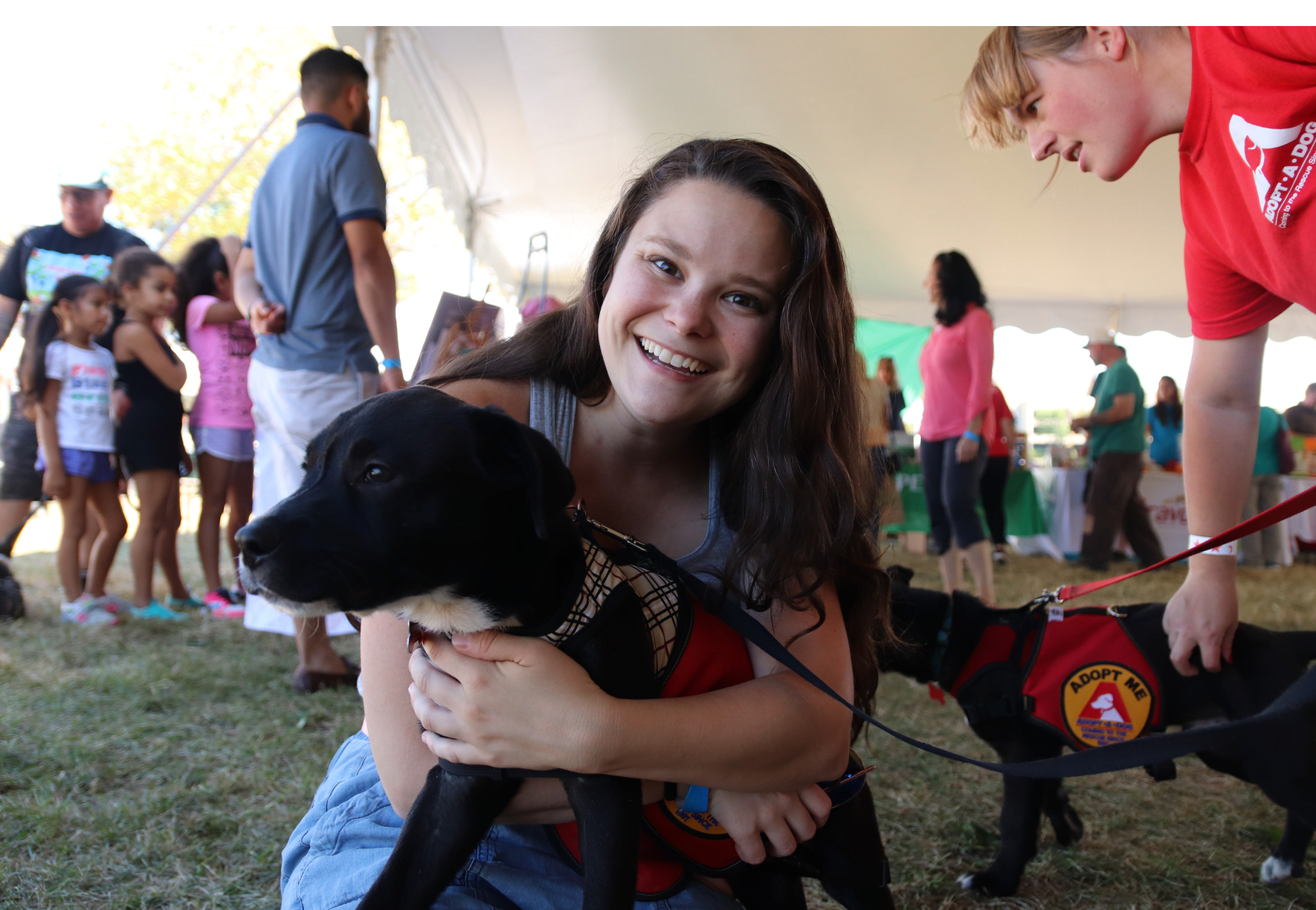 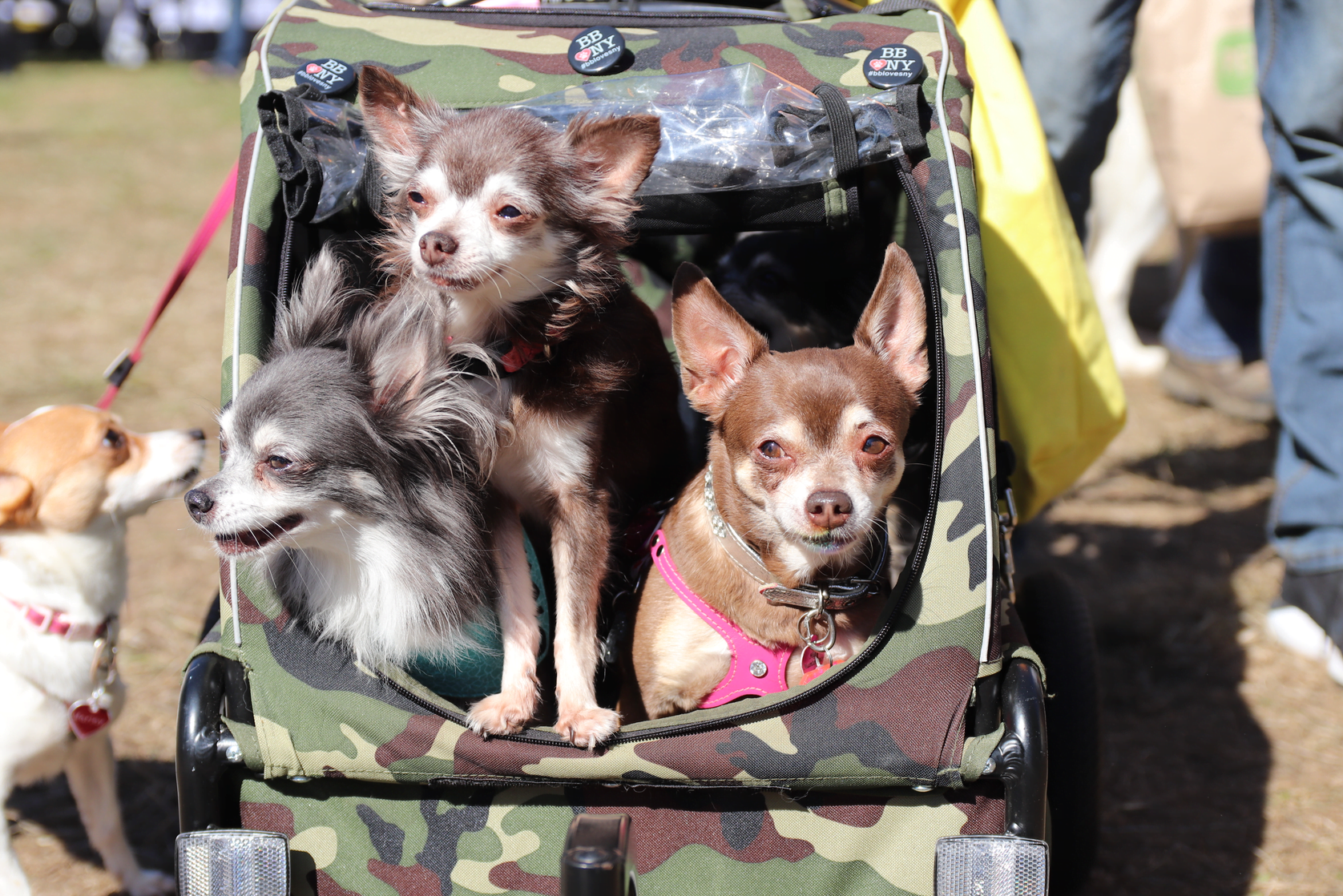 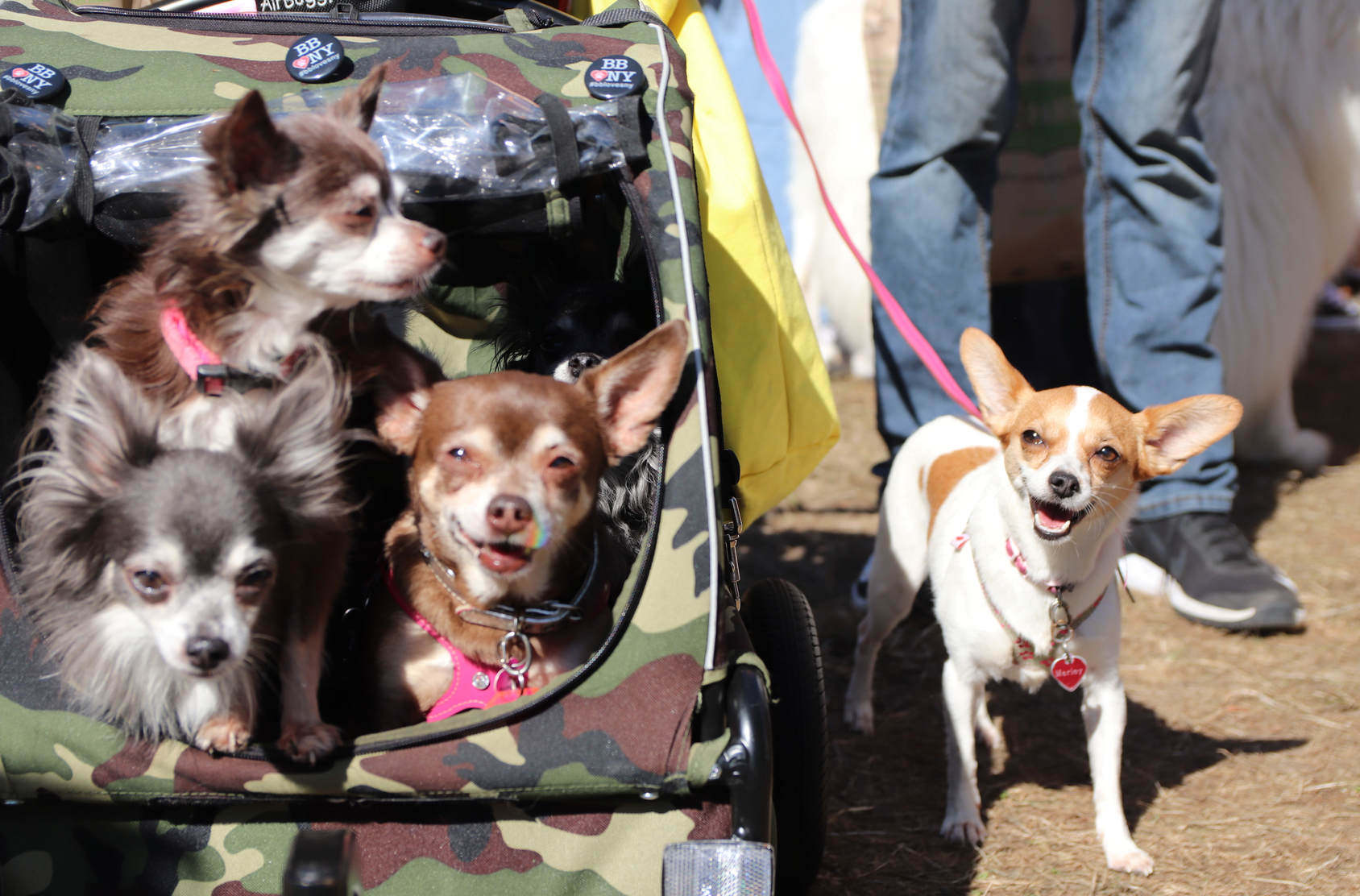 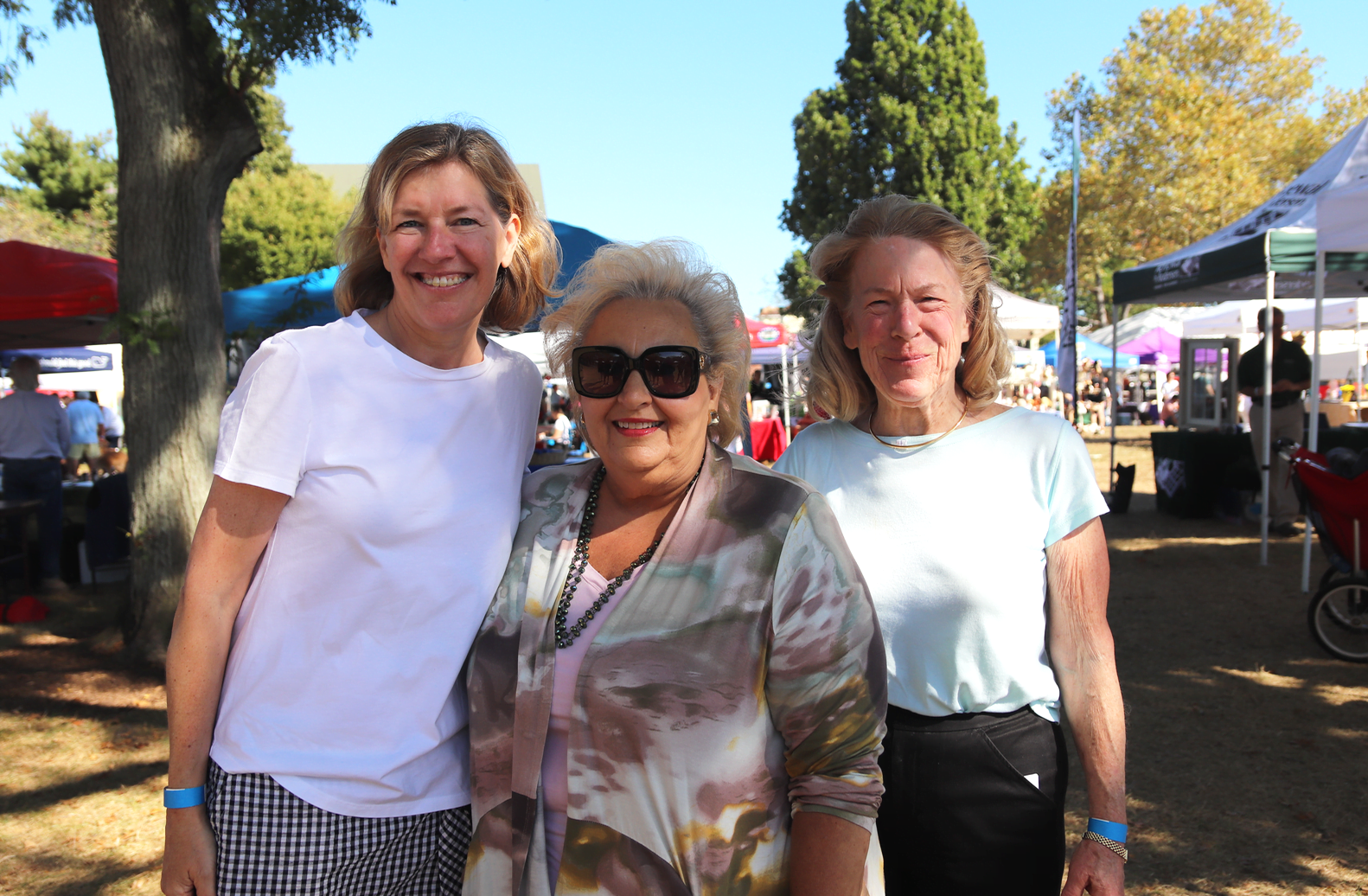 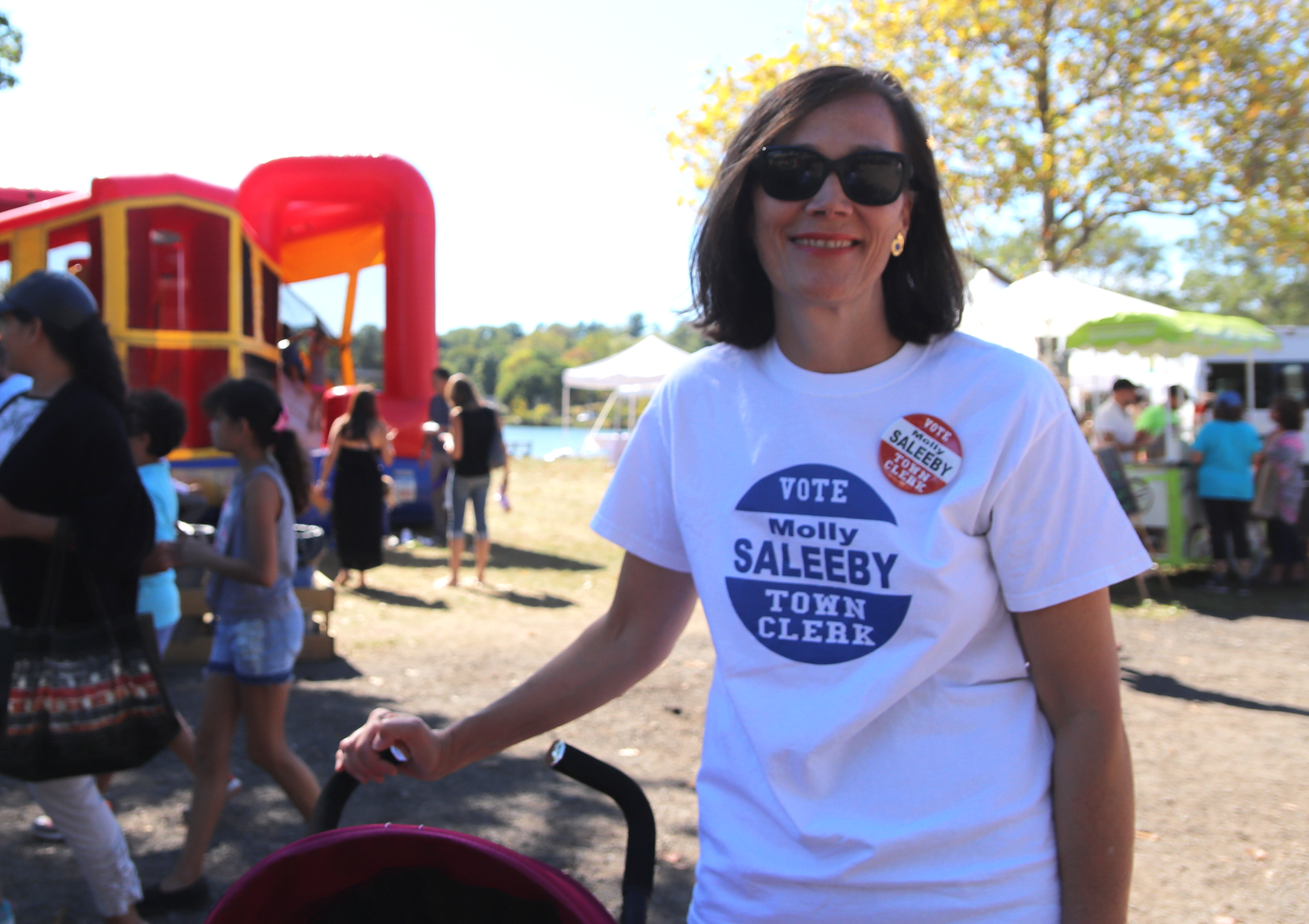 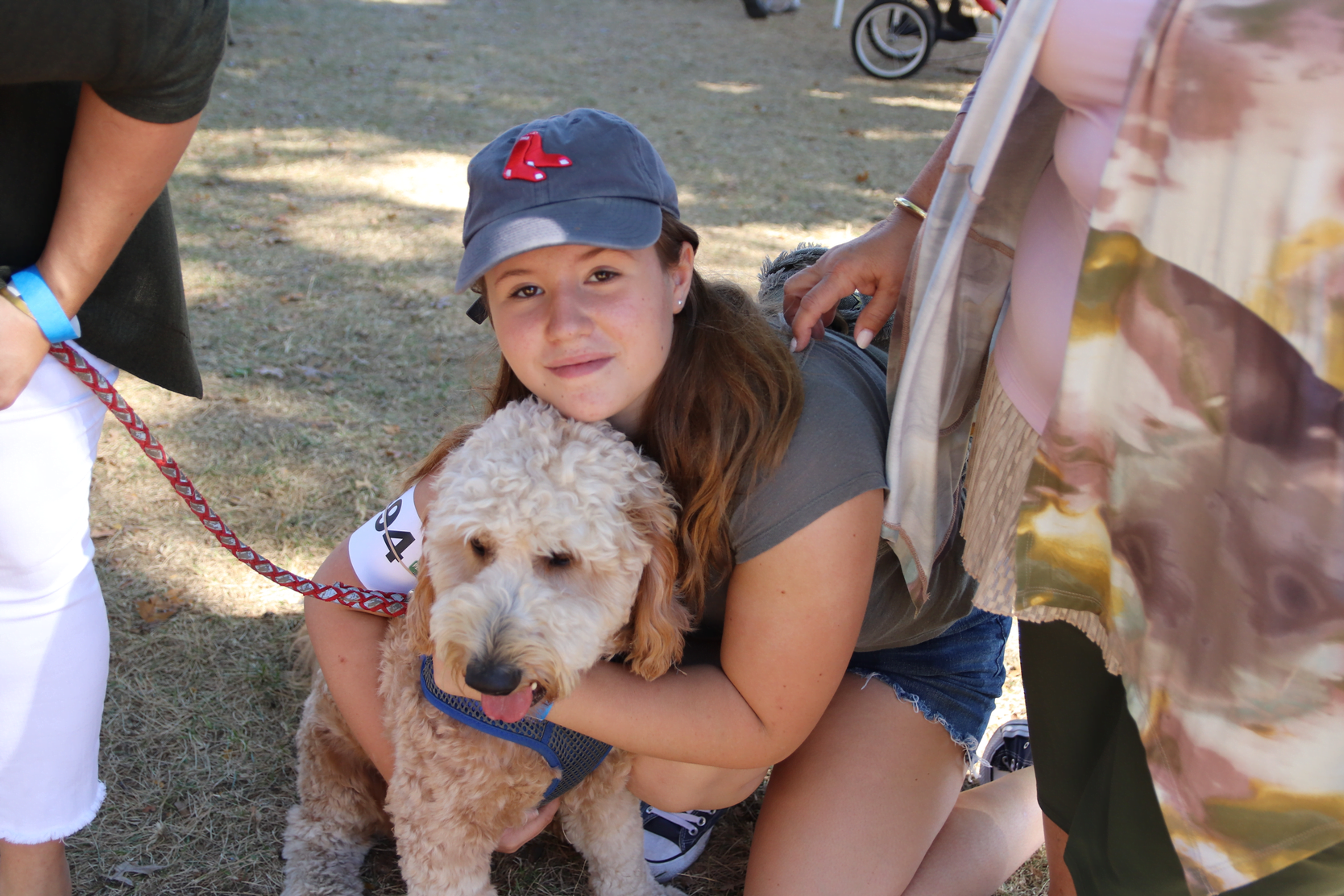 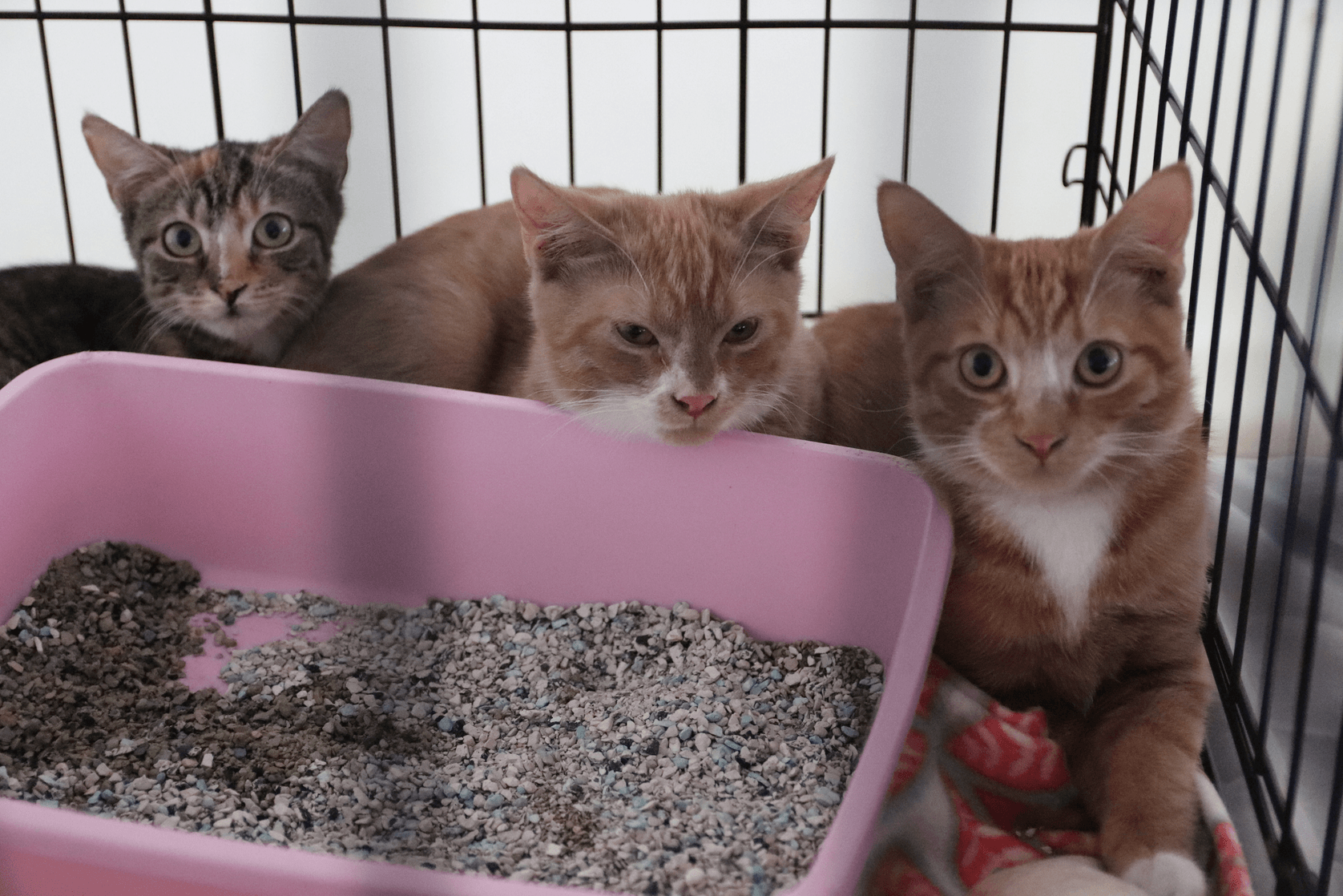 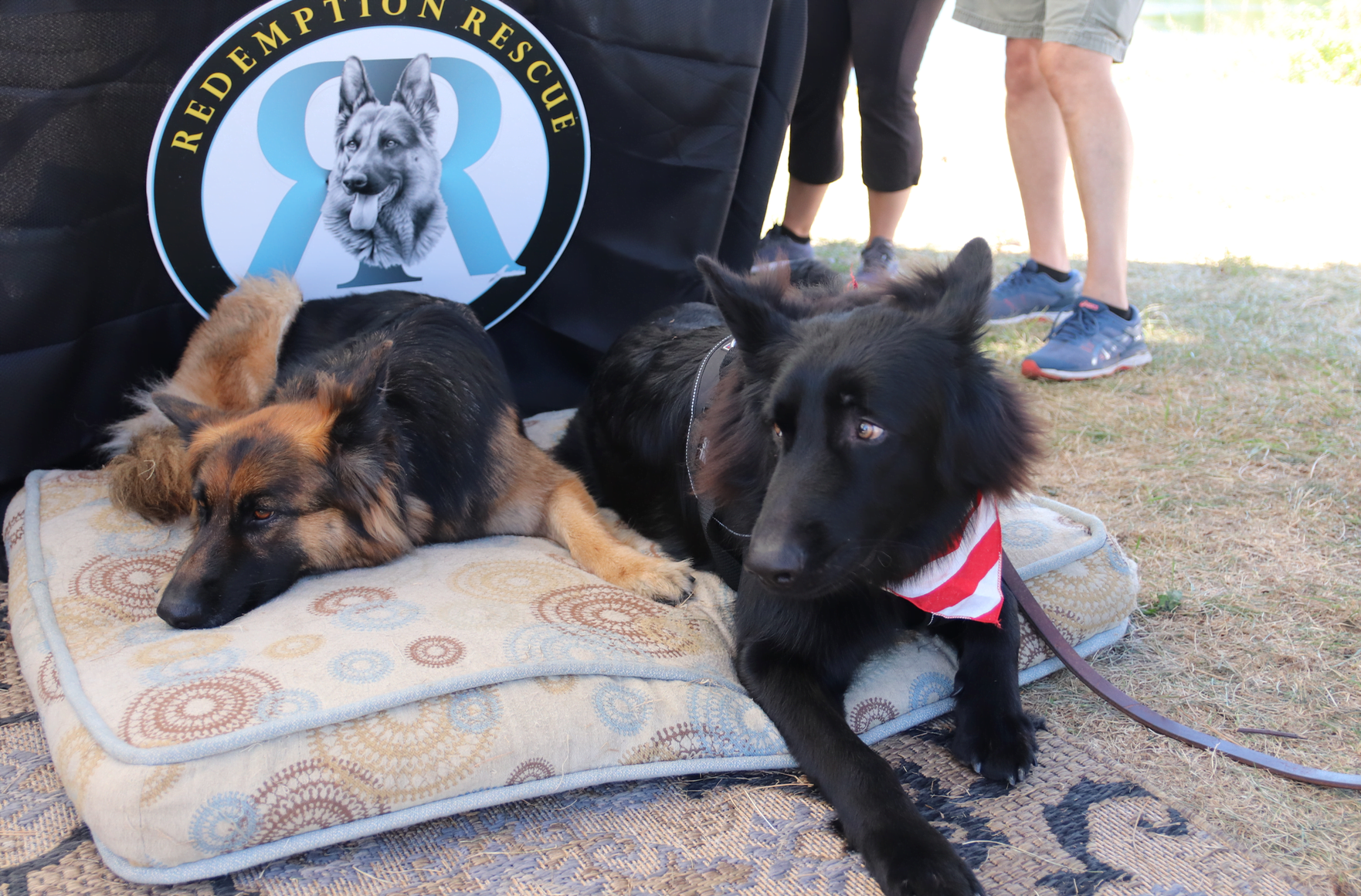 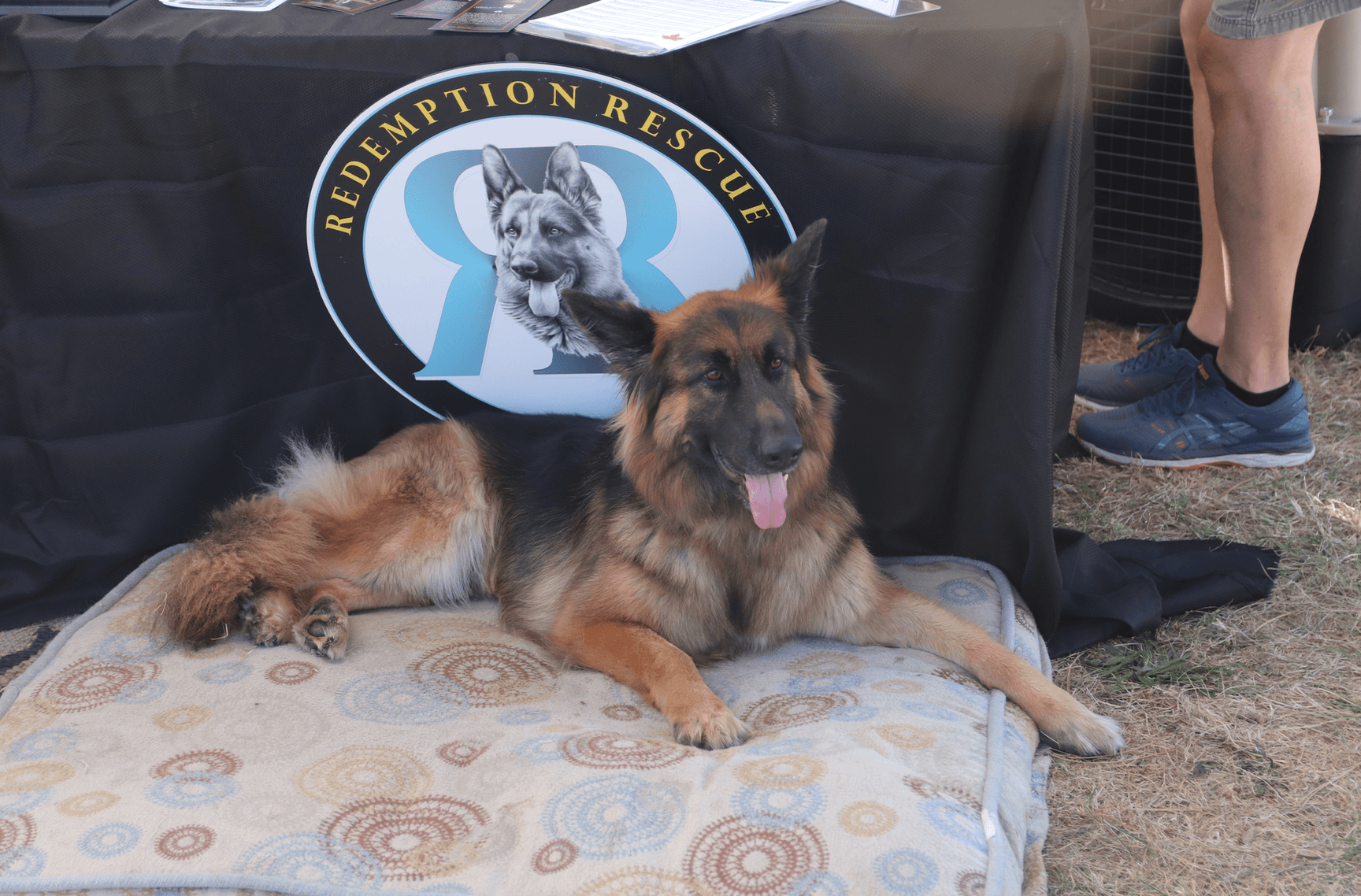 Gina welcomed guests to the ARK Charities tent in the rescue area at Puttin’ on the Dog. Sept 29, 2019 Photo: Leslie Yager