On Monday, July 25th, staff and volunteers alike at the Northwind Kennel stayed at work until midnight aiding in the arrival of 10 dogs from Egypt. It was a huge effort on everyone’s part but according to kennel owner, Penny Smith-Berk, completely worth it. Now these dogs have come to Bedford, New York, and are looking for loving homes and a second chance on life.

From Egypt with Love 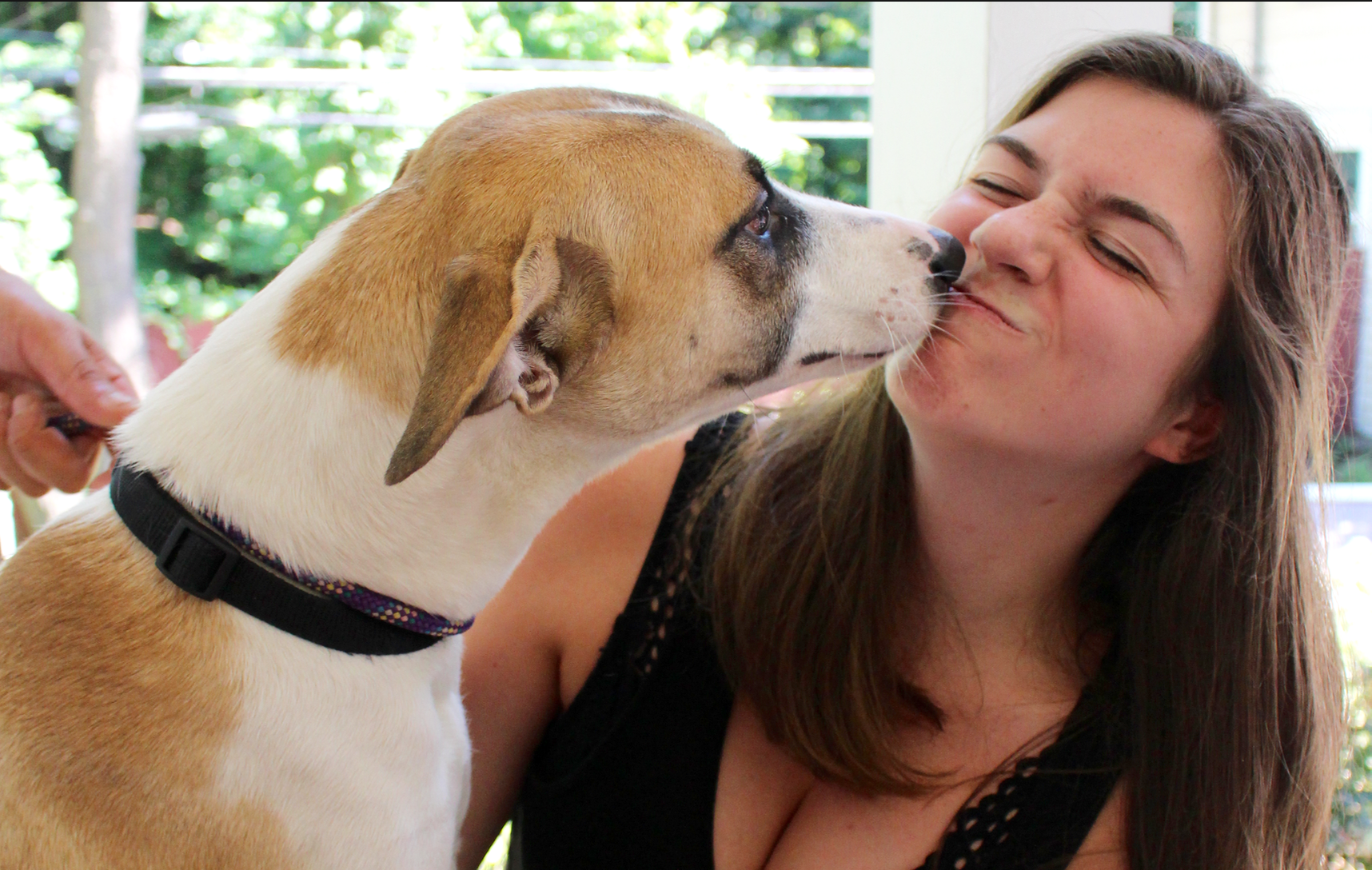 These dogs came from an animal shelter in Giza, practically across from the Great Pyramids! This shelter reached out to Northwind Kennels because these dogs did not have a future in Egypt.

According to Penny Smith-Berk, no one will adopt them over there. “Any dog that is not a purebred and not a puppy has no chance at all at being adopted,” she said. Most of the dogs Northwind Kennels took in are adults, but all are healthy.

Due to the “pet passport” that all animals must have to come into the US and mandatory quarantine laws, all dogs are up-to-date on vaccines and disease free. They need to go through customs and have up to date vaccine paperwork in order to be able to immigrate to this country. So far Northwind Kennels has taken 15 dogs but plan to take more. Smith-Berk owns Northwind Kennels, but her favorite aspect of her job is her ability to run an animal rescue out of her facilities.

“I didn’t buy this huge boarding facility so that I could have the joy of running a pet hotel, I did it so that it can be a zone for animals…” Smith-Berk said. “Because I have this place, I can use it to save some animals lives. And I am choosing to do that.”

Northwind Kennels is helping to save these dogs that have no opportunity for a loving home in Egypt. There is a longstanding Muslim tradition to not keep dogs as pets. While there is nothing in the Quran that forbids the ownership of dogs, it is an Islamic tradition that dogs are not kept as pets. Dogs are used for guarding the home and livestock, and they are kept outside.

Northwind Kennels currently takes in dogs from countries such as Egypt and Turkey that have been affected by this tradition and plan to get dogs from other Muslim countries once they’re safer.

Sadly, in these countries, behavior goes beyond reluctance to own “pets” to mistreating and even maiming dogs. 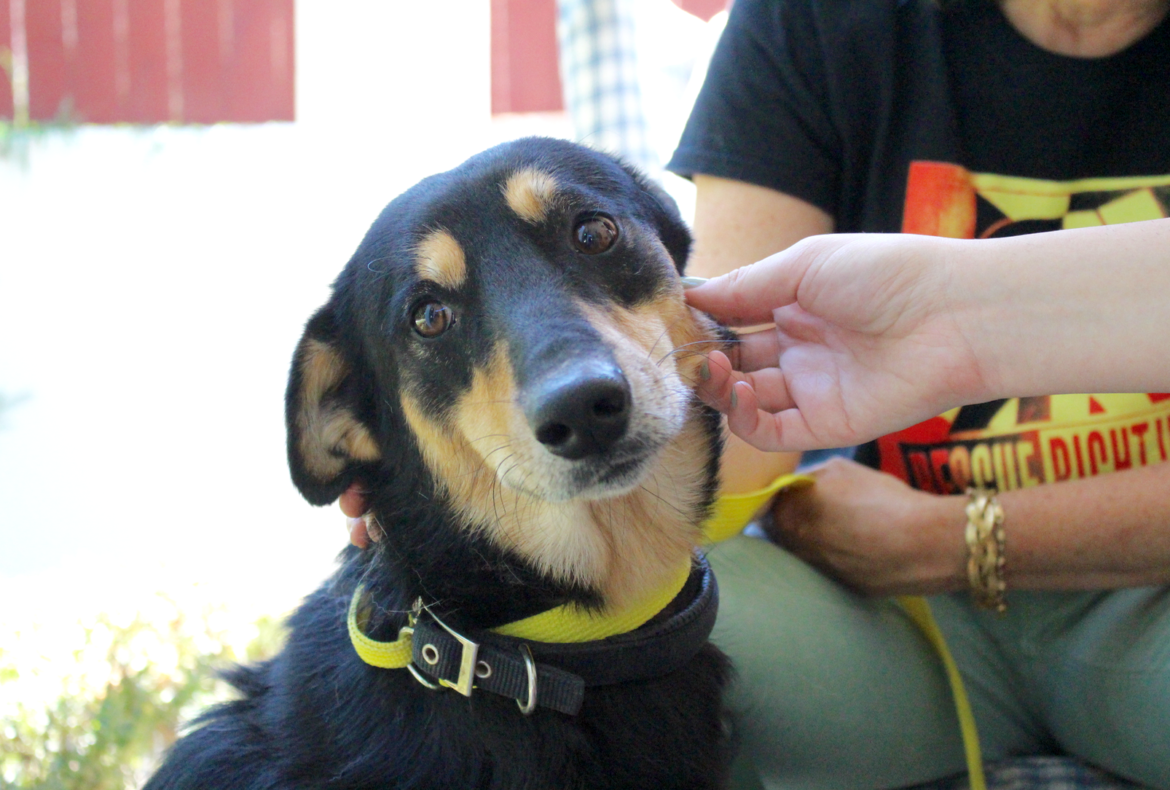 Tiger a super sweet young dog from Egypt who won our hearts in a moment. Credit: Elizabeth Budinoff

Smith-Berk said dogs can be bought for as cheap as $20 in toy stores as puppies and are treated like toys.

Many of these dogs that are bought are purebreds: German Shepards, Golden Retrievers, Pugs, and Corgis are some of the most popular breeds.

As soon as they are adults, they are put outside.

From there they can be mutilated and maimed by people seeing them on the streets. While they have no hope of a comfortable life in Egypt, the dogs are still are friendly towards people. They are aware that if they are kind to humans, they will most likely be fed.

This Egyptian rescue organization that reached out to Northwind Kennels does its best to save dogs from the streets, feed them, and vet them. While their chances of adoption within Egypt are slim, many people such as Smith-Berk are willing to help.

While it is easy to get European travelers to adopt small breed dogs during trips to Egypt, the larger breeds are less fortunate. After an eleven hour flight, Northwind Kennels now marks many Egyptian dogs’ first home in America. It is unbelievable that dogs that have gone from having limbs chopped off will now be living in New York and Connecticut, happily sleeping on people’s couches.

Penny Smith-Berk has been working in the pet rescue business for twenty years. Of those twenty, she has owned Northwind Kennels for the past 9. Northwind Kennels has enough room for 200 dogs and it is their mission to make sure that everybody gets a home. Whether the dog needs to stay only for a weekend while their family is out of town, or needs to be surrendered for various reasons, Smith-Berk will not say no. 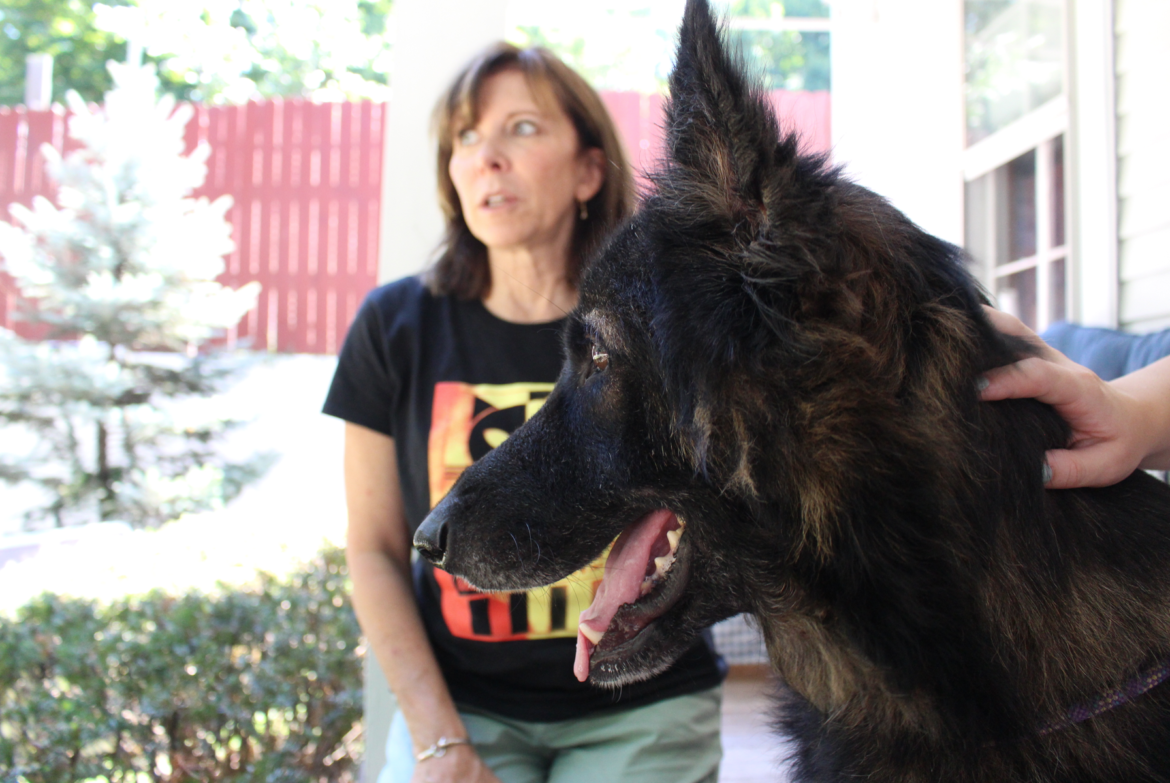 Foreground, Peko, a purebread German Shepherd who won over our hearts. This is a very special dog. Credit: Elizabeth Budinoff

While Northwinds Kennels is the name of the dog hotel, it is also home to the dog rescue Rescue Right. There are separate facilities on the grounds for rescue dogs and dogs being boarded. In addition there are completely different staffs for both just to ensure that no contamination could go from one to the other.

Northwind Kennels has 5 buildings on the grounds, 2 of which are dedicated to rescue dogs.

In its 9 years, Northwind Kennels has never had a boarded dog get sick from rescue animals. There is a color-coding system in place. Everyday staff members wear different colored shirts in relationship to where their job post is for the day. This system helps keep animals safe and the staff aware of what could be on their clothing.

Before dogs are put up for adoption they have to be a safe animal. They are trained on site and Smith-Berk conducts home visits before they are allowed to leave the kennel. They need to be ready to be a pet before they can go to their new home. Every animal that gets adopted from Northwind Kennels is spayed, neutered, completely vetted and trained. Since its impossible to know what can happen in someone’s house, Smith-Berk makes sure that these animals are ready to be a pet before they leave Northwind Kennels. One time, a vicious dog that had been left with at the kennel by another rescue organization mauled Smith-Berk herself, she said, “my entire staff was afraid of this dog, and we’re not afraid of anything.”

While attempting to wrangle this dog into a crate, the dog turned on her, grabbed her leg and attempted to pull her down to the ground. This dog managed to rip a chunk from Smith-Berk’s leg; even after multiple skin grafts to fix the damage Smith-Berk is as dedicated as ever in rescuing animals. She puts the responsibility for accidents such as this on the rescue group the animal came from.

Smith-Berk said that this accident “was the rescue group saying, oh it’ll be okay!” She explains that she would have trouble sleeping at night if she ever allowed an aggressive dog to leave her shelter. “I never let a dog leave here unless I am 100 percent sure that this is a safe animal” Berk-Smith said. She said that no animal can leave the kennel until she knows they are ready to be a pet from day one. 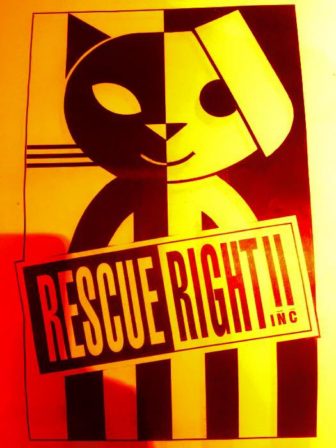 Smith-Berk has dedicated much of her life to animal rescue. Through Northwind Kennels she runs Rescue Right, a 501C3 pending organization and Community Cats, a 501C3 certified organization. During Hurricane Sandy she took in 32 dogs in need of homes, the Egyptian dogs are just a few of the more recent rescues she has taken in. After twenty years in the rescue business she has seen many different ways to do animal rescue. From these different ways she was able to discover the right way to rescue animals, which helped her name her own rescue: Rescue Right.

Smith-Berk said she has seen people turn into “puppy flippers,” bringing dogs from kill shelters in the south up north and making a pretty penny through adoption fees.

The southern dogs arrive fully vetted to the shelters and these organizations don’t spay or neuter them, so it costs these them next to nothing.

Smith-Berk knows that a large part of adopting a pet is knowing that the rescue is reliable. She strives to set an example of a reliable rescue, “under all circumstances I will take an animal back, even 5 years from now. I never want an animal who was adopted through me to end up in a shelter.” Smith-Berk has experienced different types of rescue organizations and has come to know that this is a labor of love. Pet rescue isn’t a business that procures a lot of money. “If you do rescue and you have any money then you’re not doing it right” she said “the ones that are struggling are the ones that are doing it right.” The organizations that do not make sure profit are the same organizations that spend money on their animals. They are the groups that want to ensure these animals are going to live healthy lives, while in their facilities and after they are adopted.

The Egypt Dogs GFP got to meet!

The GFP reporters were fortunate enough to meet some of the dogs from Egypt. All of the dogs were given names in Egypt, they know their names and respond to them. All of them are very gentle animals and deserving of loving homes. Many dogs came from the streets but are so affectionate towards people. They are not fearful of people but rather very calm and eager to make connections with people. 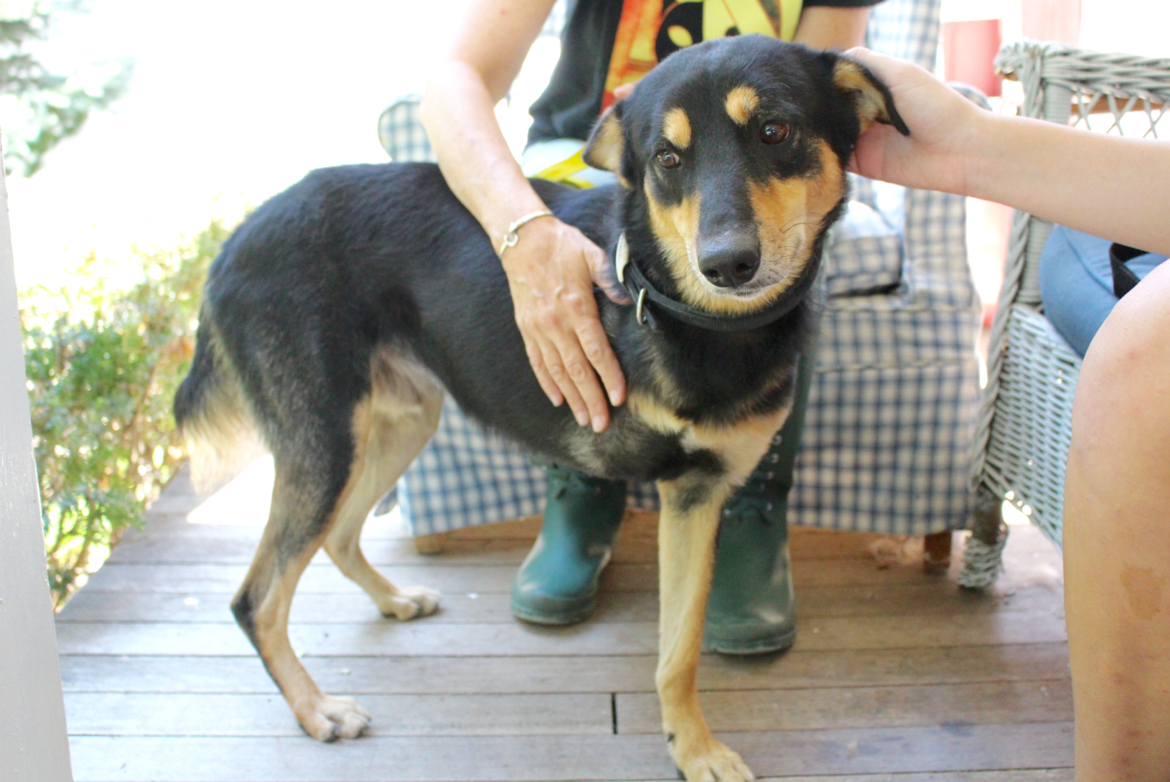 Tiger lost his leg after a car in Egypt hit him. Since he was a street dog he never received medical treatment and was left to fend for himself with a mangled leg. The shelter in Giza rescued him and was able to properly amputate his leg. He is also neutered and completely vaccinated. Although timid he is great with children and has a very calm demeanor. Having lost one of his front legs, walking on a leash is very tiring for him. The ideal home for him would be a house with a lot of land. He is ready for country living where he can hop around with his new family. 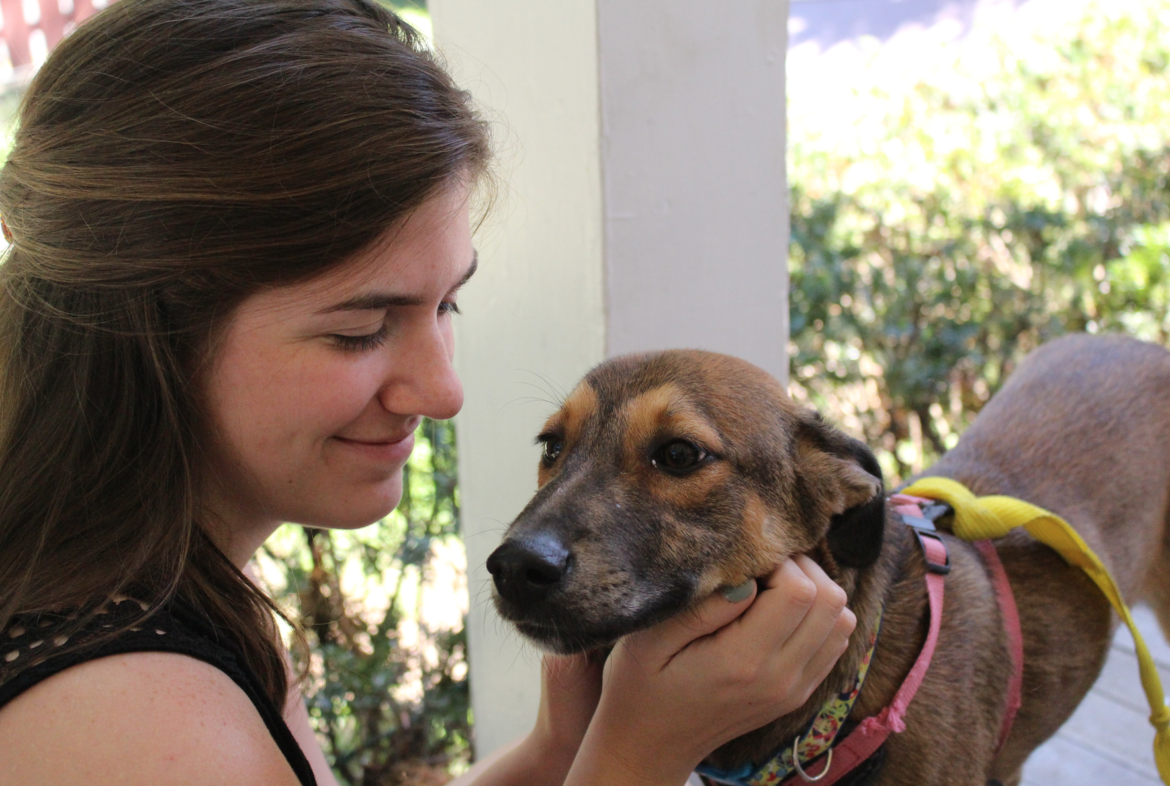 BuBu (Pronounced Boo-Boo) is only 6 months old. Until he came to Northwind he had never walked on a leash before and also has to be housebroken in the shelter. He is such a loving dog. Our meeting with him was full of snuggles and puppy kisses. He is very calm and loves people. 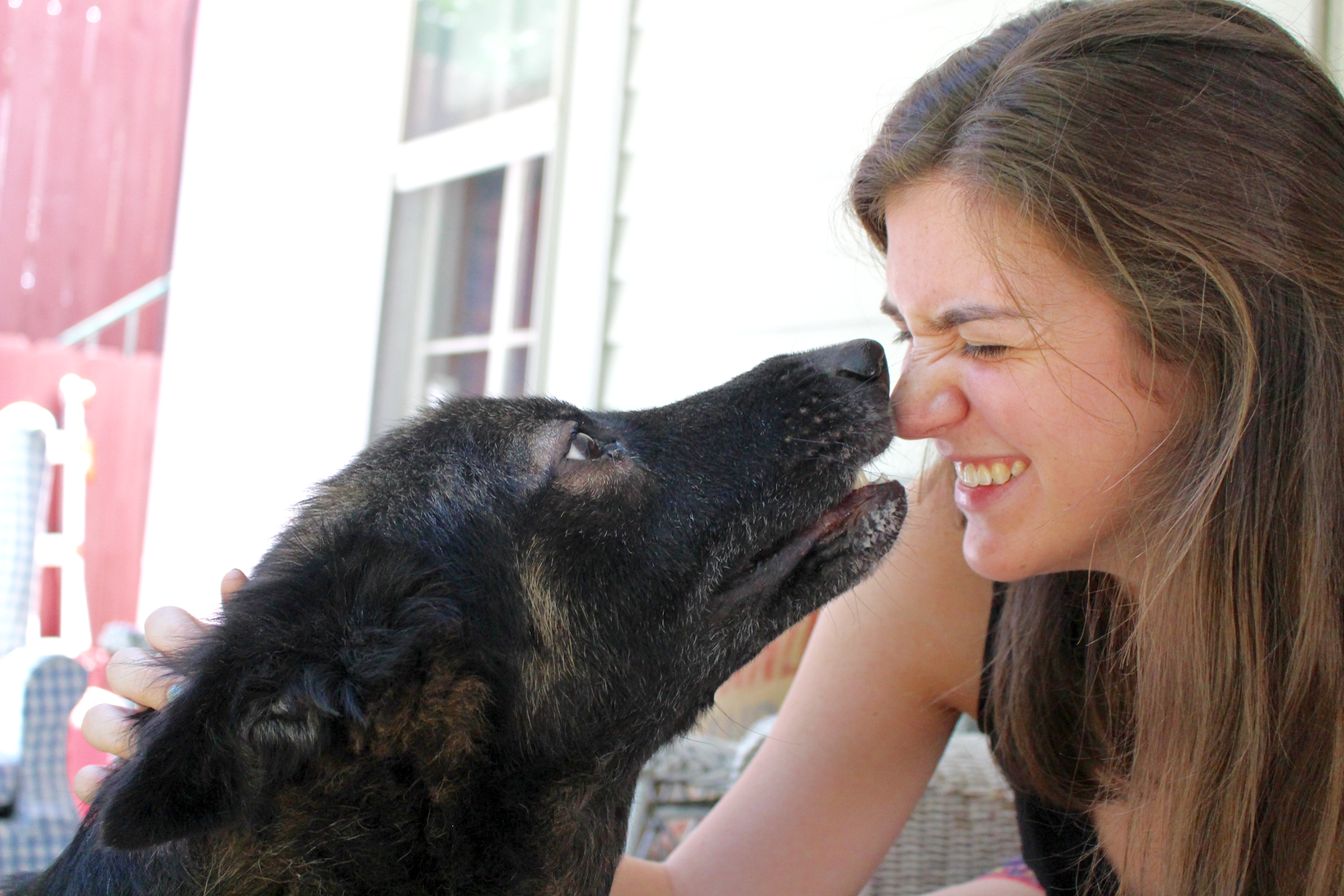 Peko was a family’s pet when he was a puppy. When he turned into a dog,they put him out on the street, as per custom. He is just so eager to be part of a family again. Credit: Elizabeth Budinoff

Peko is a purebred German Shepard. In Egypt he acted as a family’s guard dog until they threw him out of the house. He is perfectly trained and is a true gentleman. He recently attended Broadway Barks and was a gem at the event. He’s a dog who really was meant to be a family pet. 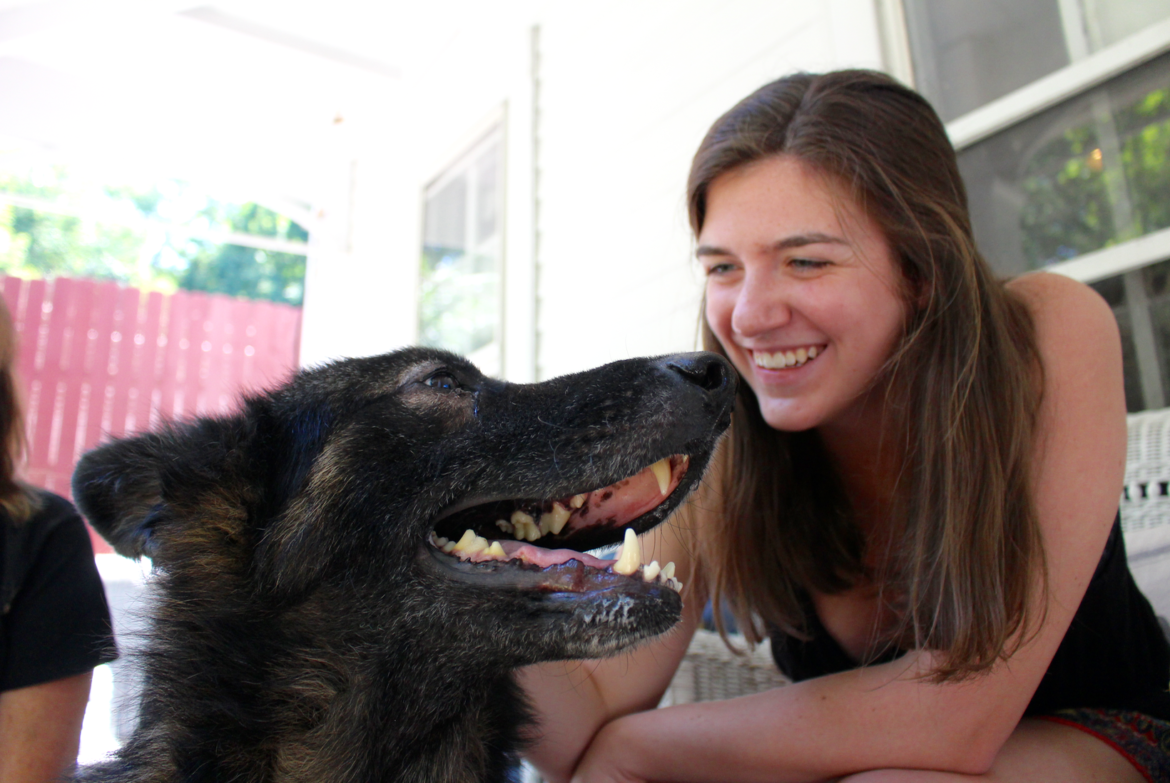 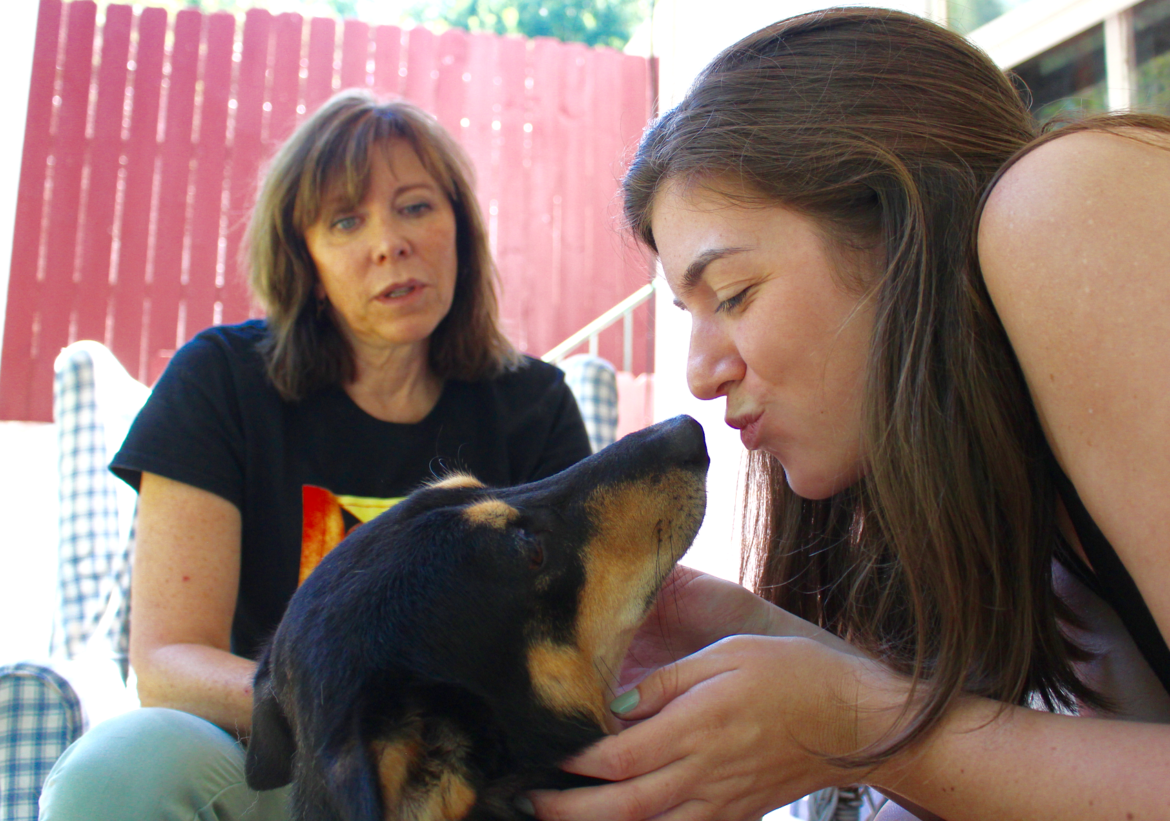 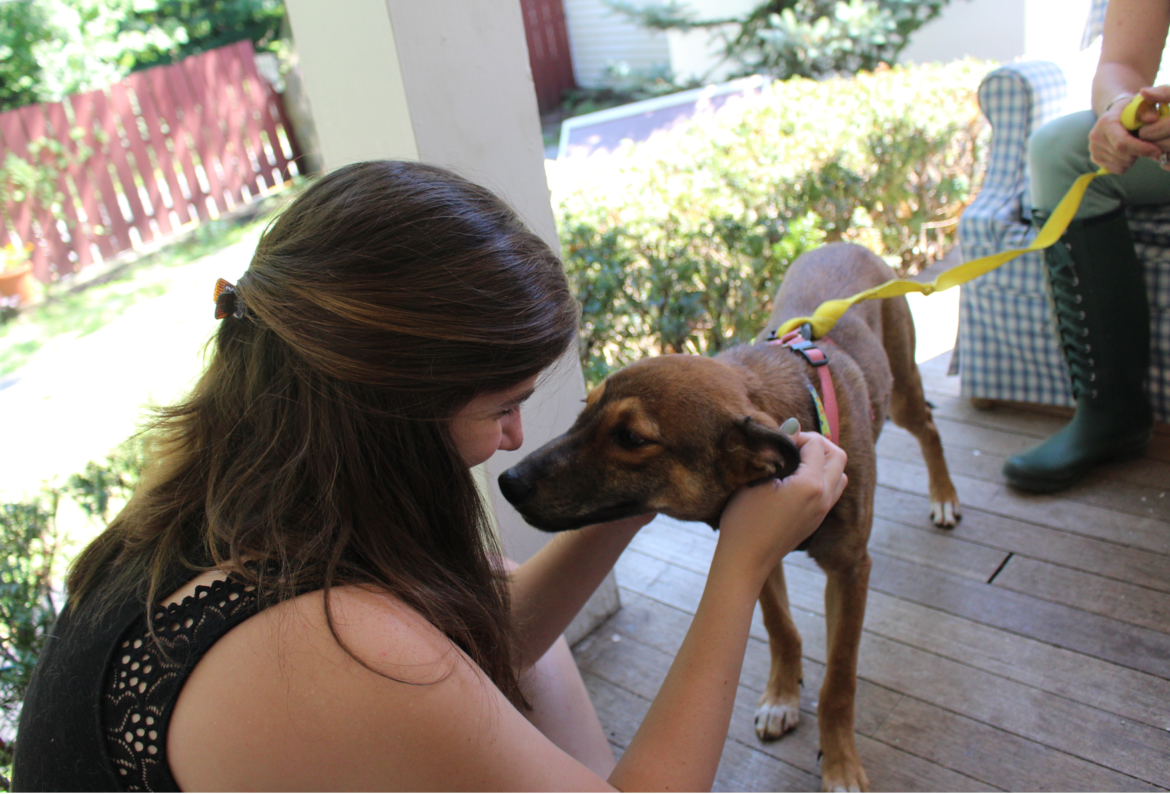 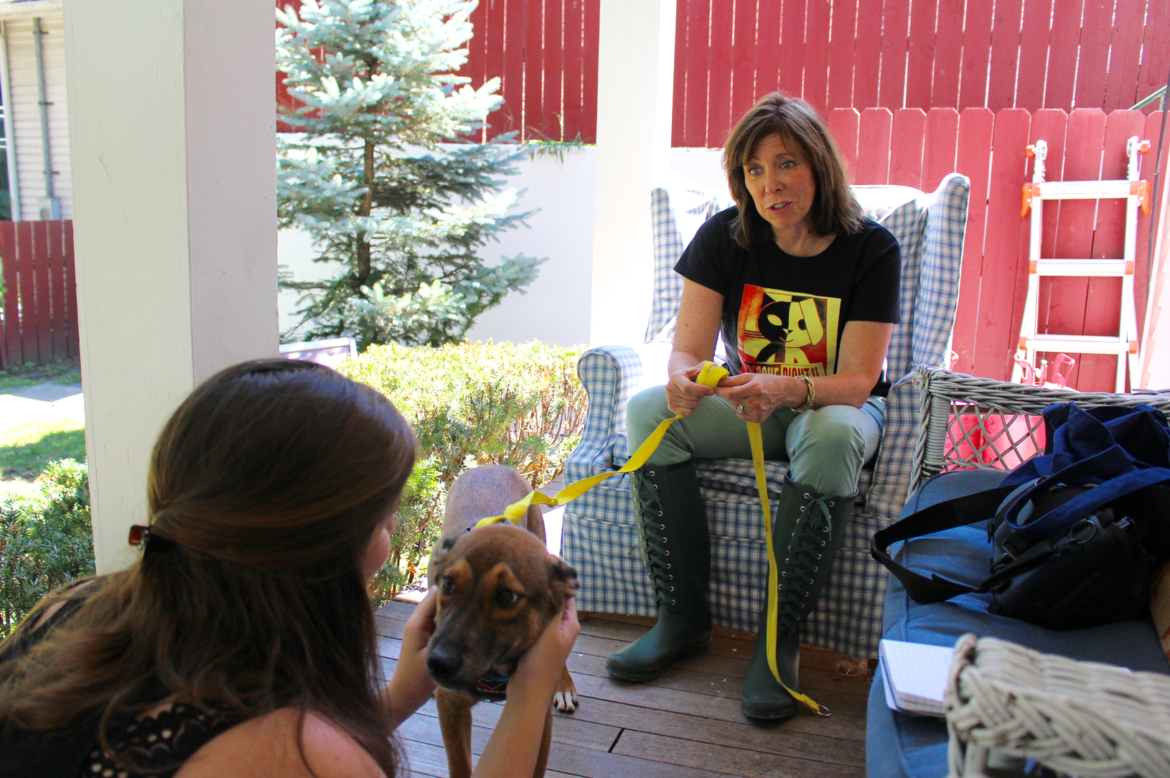 A Conversation with Fred Acker, Former Director of SPCA of Connecticut

Letter to the Editor:”Free the Bethlehem 63″ T-Shirts Support Care of 63 Dogs Seized from Fred Acker