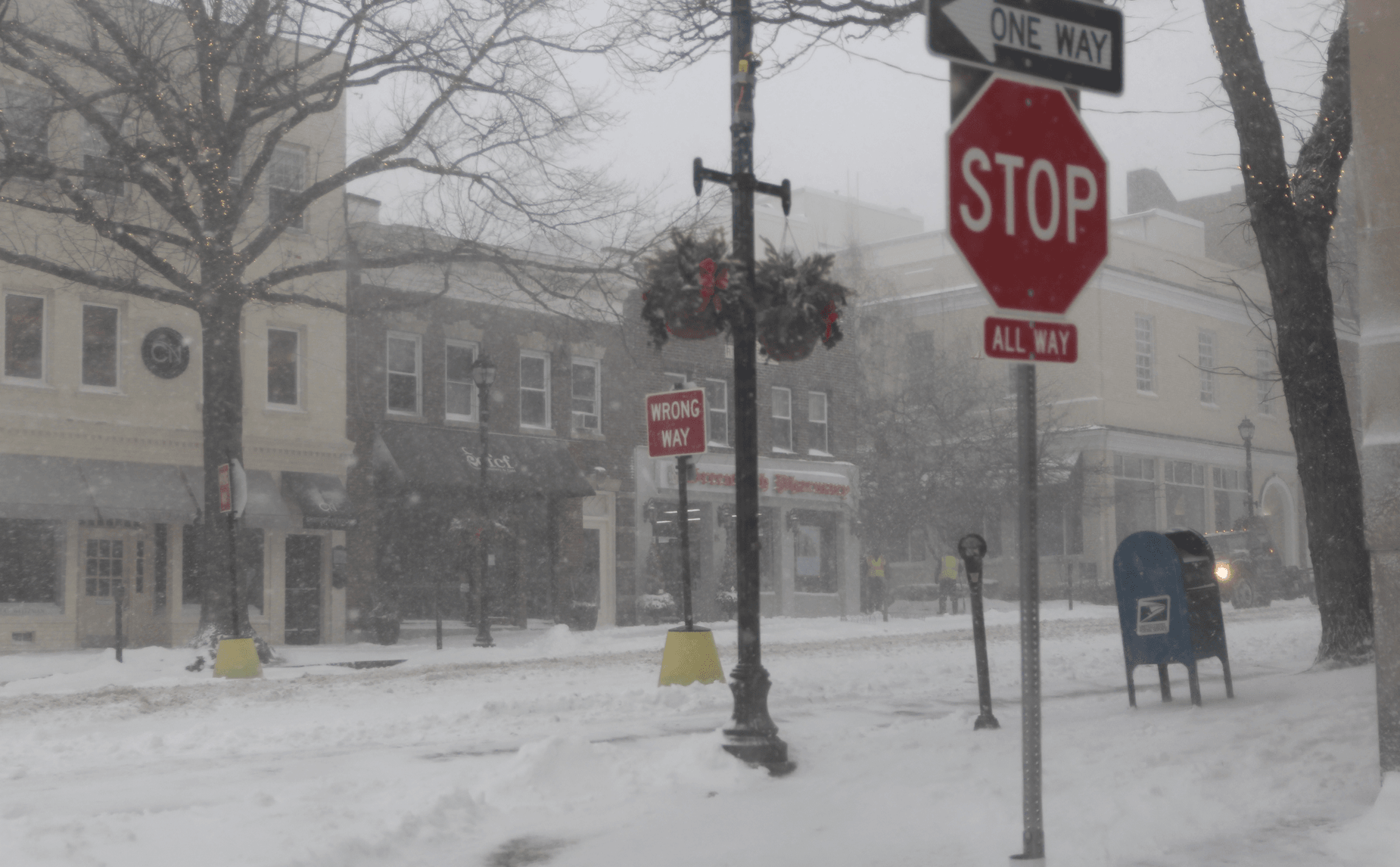 This weekend while Greenwich Highway Dept workers were plowing the area of East Elm Street near Greenwich Avenue a dog being walked on a leash by its owner got spooked by the noise of the snowplow.

In a tragic accident, the dog broke away and was killed by the snow plow.

The incident was confirmed by Peter Kurpeawski of the Highway Division of the Dept of Public Works who said the driver is obviously disturbed by what happened.

“A dog walker was walking a dog (type/size not revealed) on East Elm Street when she lost control of the animal and it darted off the sidewalk into the path of the plow,” Slusarz said. “The dog died of its injuries.”

Slusarz said the driver of the plow immediately stopped.

“The Highway Department is saddened by this event and is deeply remorseful for the family affected,” Kurpeawski said.