Saturday night’s Spaghetti Creole dinner at St. Paul’s Lutheran Church in Byram drew a hefty crowd of fans of a well-kept secret recipe. Spaghetti Creole, the much heralded school hot-lunch menu item dating back to the 1960s in Greenwich, was served every Thursday for years.

Judy Piro, who coincidentally met her husband Steve at Greenwich High School, where they were members of the class of 1971, said her mother Millie Holko devised the Spaghetti Creole recipe in the 1960s. According to Judy, the recipe made use of cheddar, pasta, peppers, ground beef and celery — all ingredients that were on the short list of government provisions at the time. 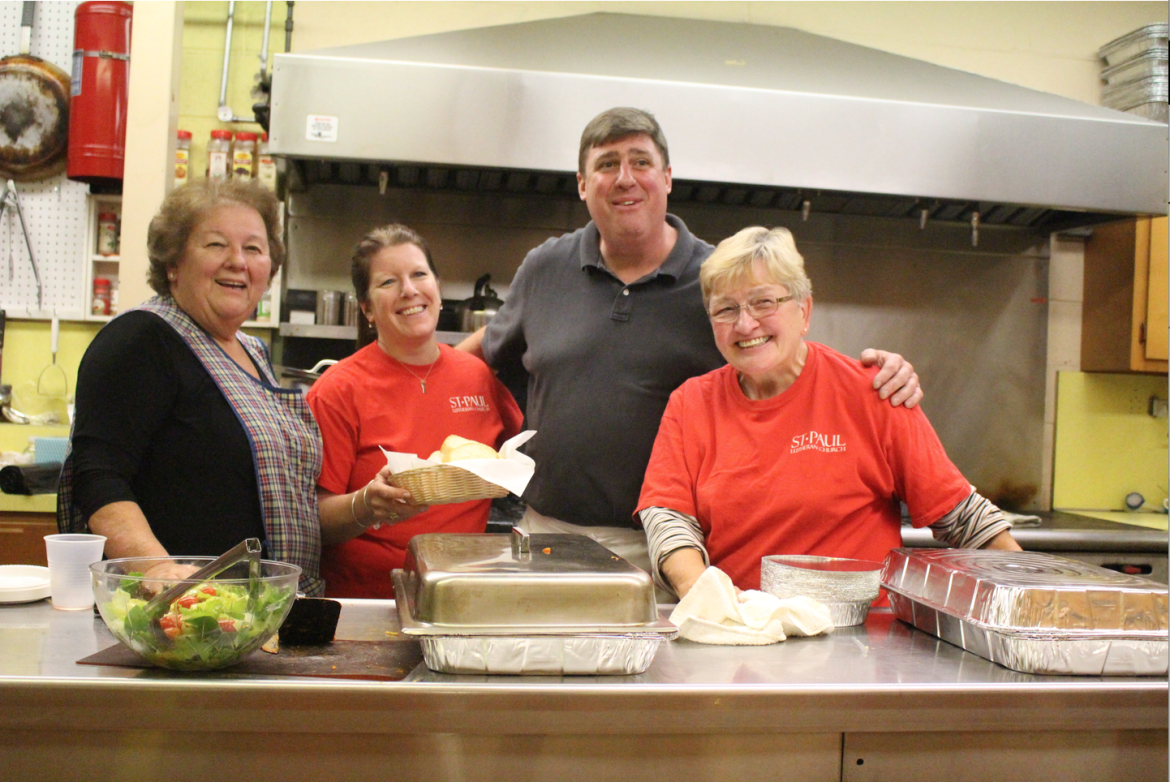 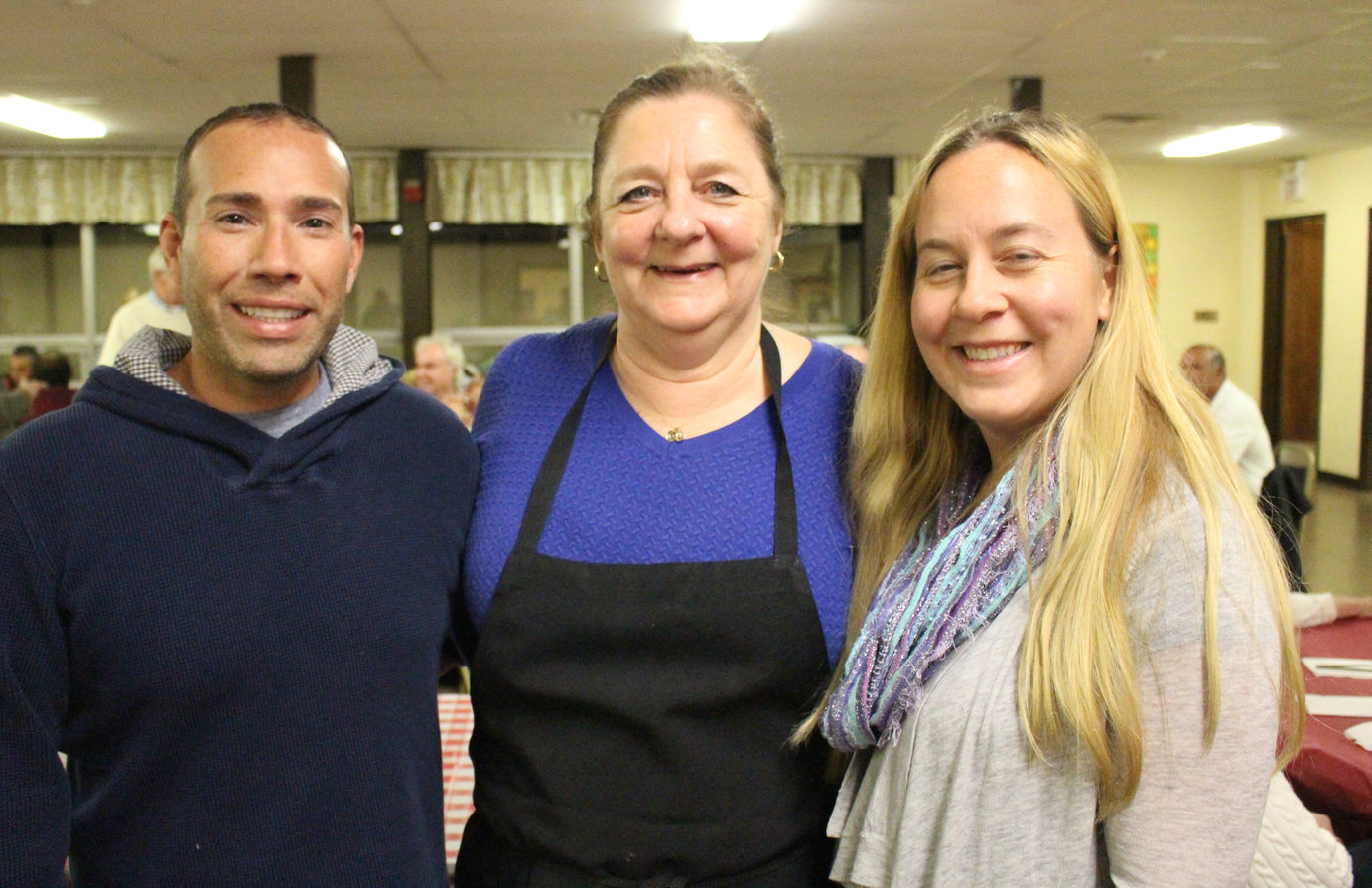 Judy said her mother Millie was promoted from Byram School to Western Middle School when it was newly built and she became the head cook there. Later, promoted again, she moved to Greenwich High School.

“My mom had four children,” Judy said of herself and siblings. “She could only work while us kids were at school,” she continued, adding that the job cooking in Greenwich schools suited Millie just fine. 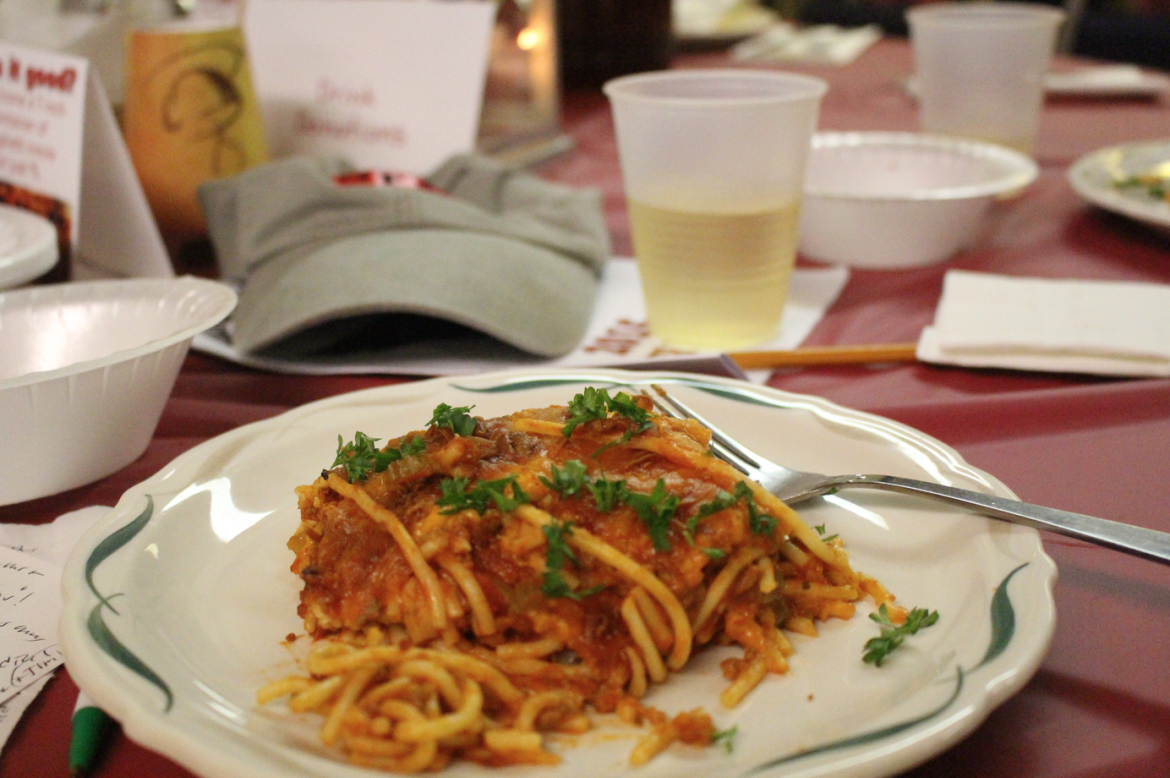 Delicious as it looks, a generous portion of Spaghetti Creole came with tossed salad, followed by choice of frosted cakes. Credit: Leslie Yager

Though the origin of popular school cafeteria dish harkens back to Millie at Byram School, Tim Piro said that when he was growing up he had a friend who insisted it was his own grandmother who invented the recipe, not Millie. Turns out that Millie brought the recipe with her Western and then Greenwich High School, and shared it with colleagues along the way.

“It’s a good way to get together,” Judy said of the shared memory of a popular school lunch  dish. 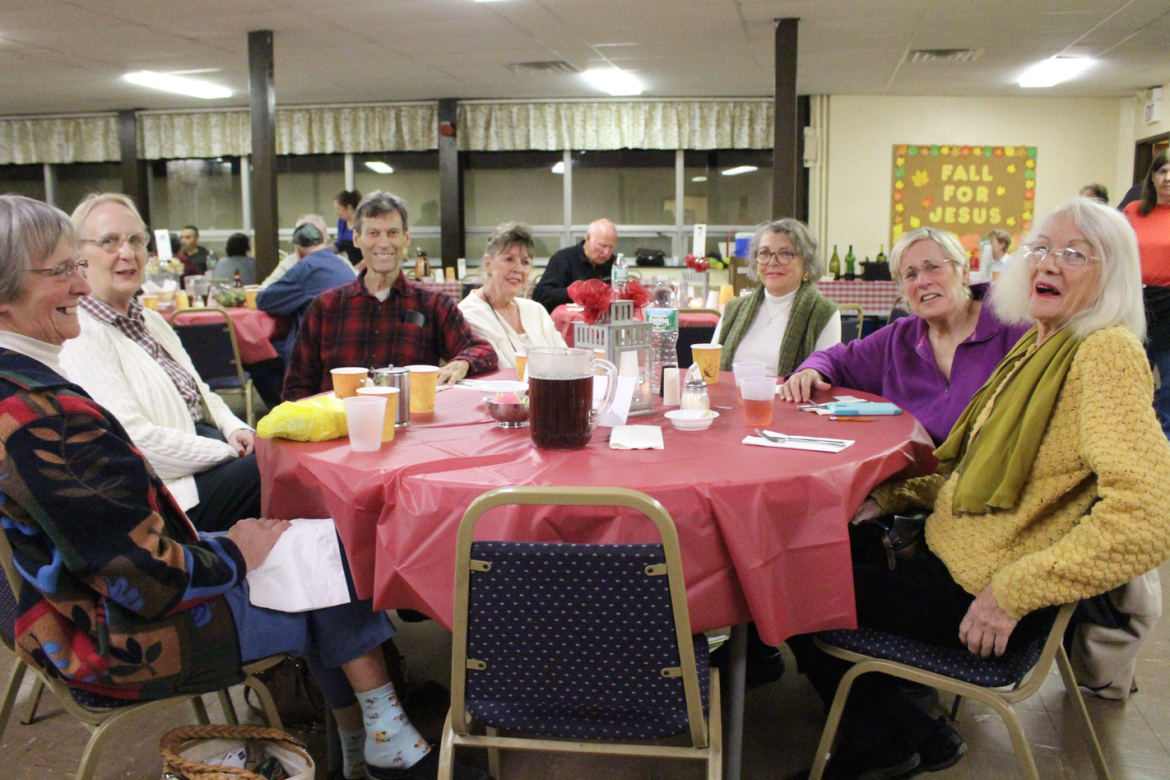 Friends and family gathered in Byram for the Spaghetti Creole dinner. Part of the fun included a raffle. Credit: Leslie Yager

“A lot of people remember Millie’s Spaghetti Creole. She also made chili because she had so much chopped meat to cook with,” Judy said, mid-way through Saturday night’s three-course meal.

Another memorable dish served ‘back in the day’ was the ever popular English muffin pizza.

“A couple other ladies worked with my mom,” Judy recalled. “Mrs. Chesney made the rolls and the kids pulled the knots in the rolls to make sandwiches.”

Judy said that St. Paul’s Luthern Church use to draw local residents of Slovac descent, and many residents still frequent the Sokol Club, but the population of Byram has changed. The church itself remains a busy hub for a Spanish Church, a Japanese Church, AA groups and Boy Scout troops.

After introducing Pastor Ben Loos, Judy smiled. “If I go to church, my whole week goes better,” she said. 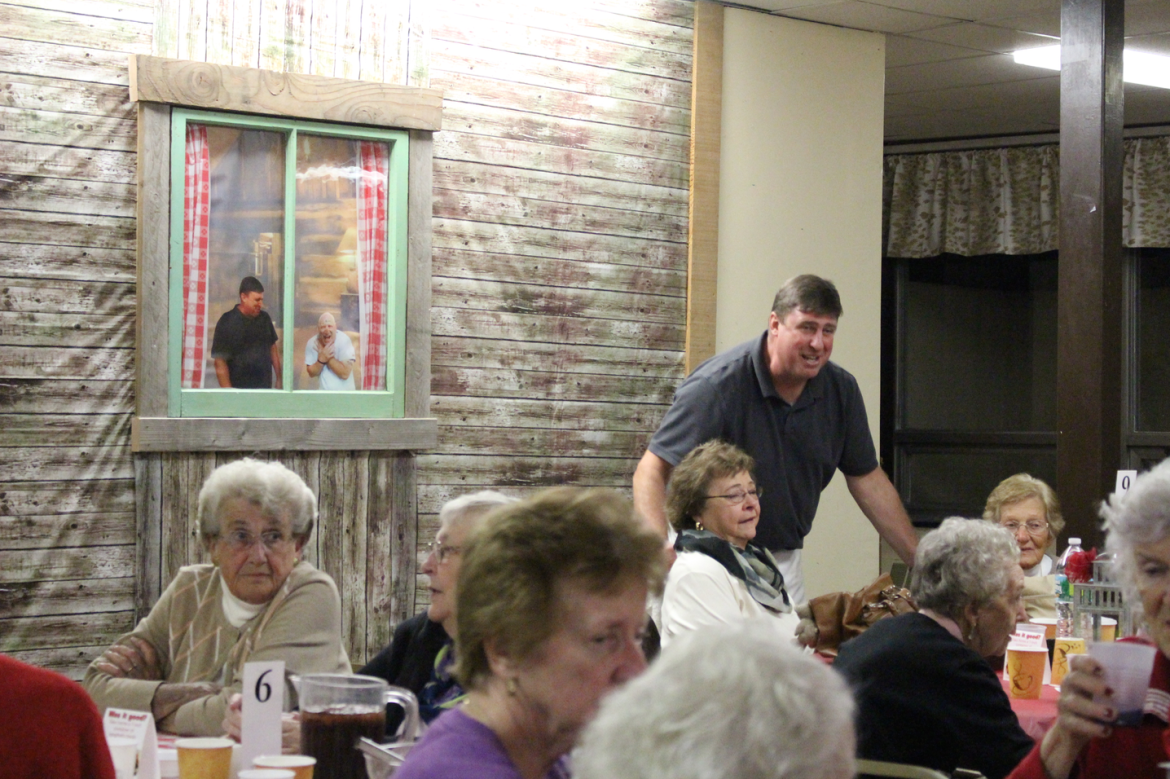 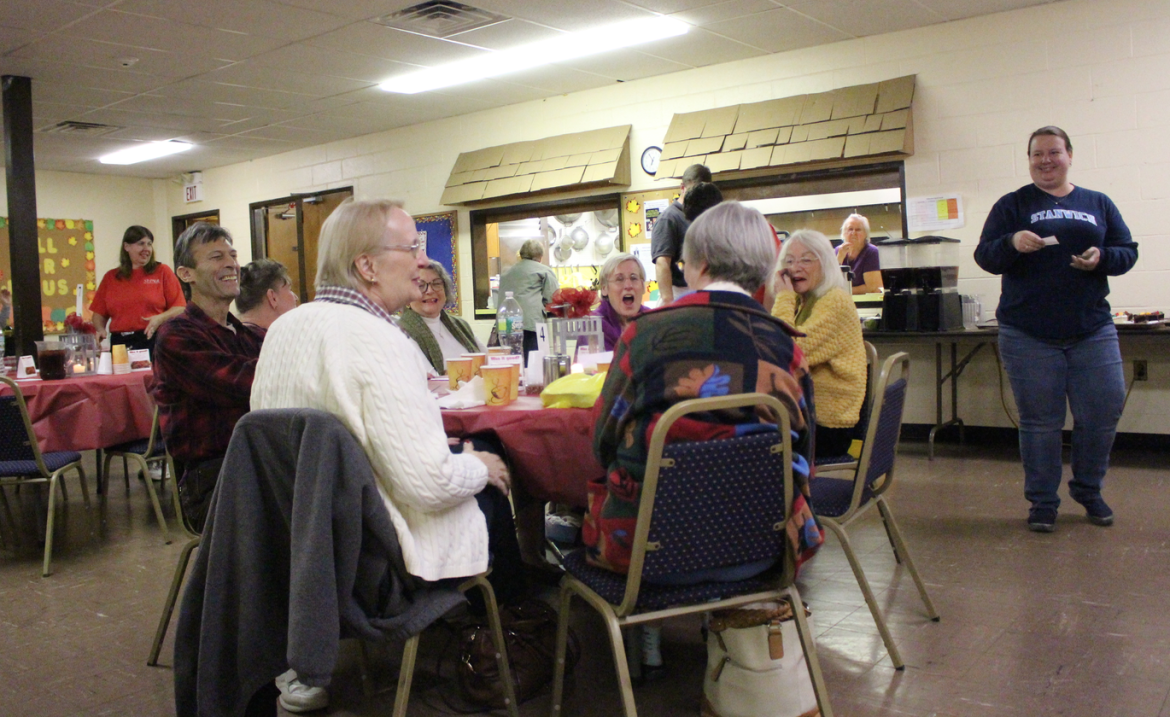