The former Cos Cob Inn, which Rick and Cindy Krall operated for years across River Road from their Greenwich Water Club, has undergone a transformation.

Mr. Kral said the goal was to hold onto the old house feel of the inn, open up the entire front porch, and match the addition of squash courts at the rear of the building by cladding it with matching clapboards and corbels.

“We did a lot to try to maintain the old charm and blend in the new subtly,” Kral said. “We saved a gem for Cos Cob.”

But it wasn’t always a sure thing. “We’d gone through different options, from selling the property outright to idea of razing it and doing something residential. Everybody had ideas, but it was obvious the community, especially the Historic District Commission, wanted to save the old building, and so did my wife, Cindy.”

“She was attached to the building itself. We put so much into trying to keep it alive over the years. As we dug in, we found out it was at the point where it needed a serious infusion to stay alive,” he added.

On Friday, workers added finishing touches, moving back and forth from the 1880’s inn to its 2019 addition.

The inn itself has a storied history that starts with the Mianus River, which ran right in front of the mansion. At some point fill was used to set the house back from the water. River Road was but a modest cart path that went to Palmer Landing.

“At the bottom of Palmer Hill there was no bridge or dam, and the boats went up and down the river,” Kral said. “They would load up apples and potatoes grown in back country and bring them to the little ports and to the landing where a tavern operated at the site of Greenwich Historical Society.”

The house was built in the 1880s as a captain’s house, which explains the widow’s walk. 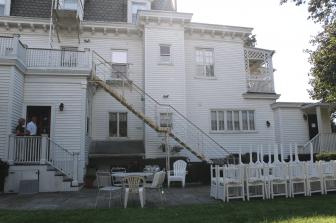 When the former captain’s house became a rooming house, additions at the rear of the building accommodated more people. Sept 2018. Photo: Leslie Yager

Later it was converted to a rooming house, likely during the Great Depression. The house was carved up into many small rooms with a shared bathroom for lodgers. “They had enclosed some of the front and back porches. Anywhere where they could add a room,” Kral said.

“There were a lot of little rooms and one bathroom that everyone shared,” Mr. Kral said of the rooming house.

When it became the Cos Cob Inn, many Greenwich residents created fond memories of putting family up in the inn.

According to local lore, the mansion operated for a time as a brothel in the 1960s. Kral said when the light in the widow’s walk was white, truckers could see from I-95 if the brothel was open. If it was red, it meant the brothel was closed.

Along the way, part of the front porch was enclosed to create yet another room. In the Krals’ renovation to convert the inn to a squash facility, they opened that enclosed section of the porch.

Now the porch, with its original front doors, runs the entire length of the house.

The Krals are excited about expanding the club’s fitness services. Their new squash facility features one double court and three singles.

Mr. Phil Barker, who was the pro at Greenwich Country Club, will be based out of Kral’s River Rd squash facility.

The facility itself is state-of-the art with climate-controlled courts that boast radiant floors from Anderson.

“Club members love the old feeling of what the town was, and its rich history,” Kral said. “In this project, we were able to preserve that feeling and be on the forefront of what’s happening in the recreational industry.”

The squash facility, with its presence on the Victorian streetscape, is a welcome addition to the Strickland Road historic district. 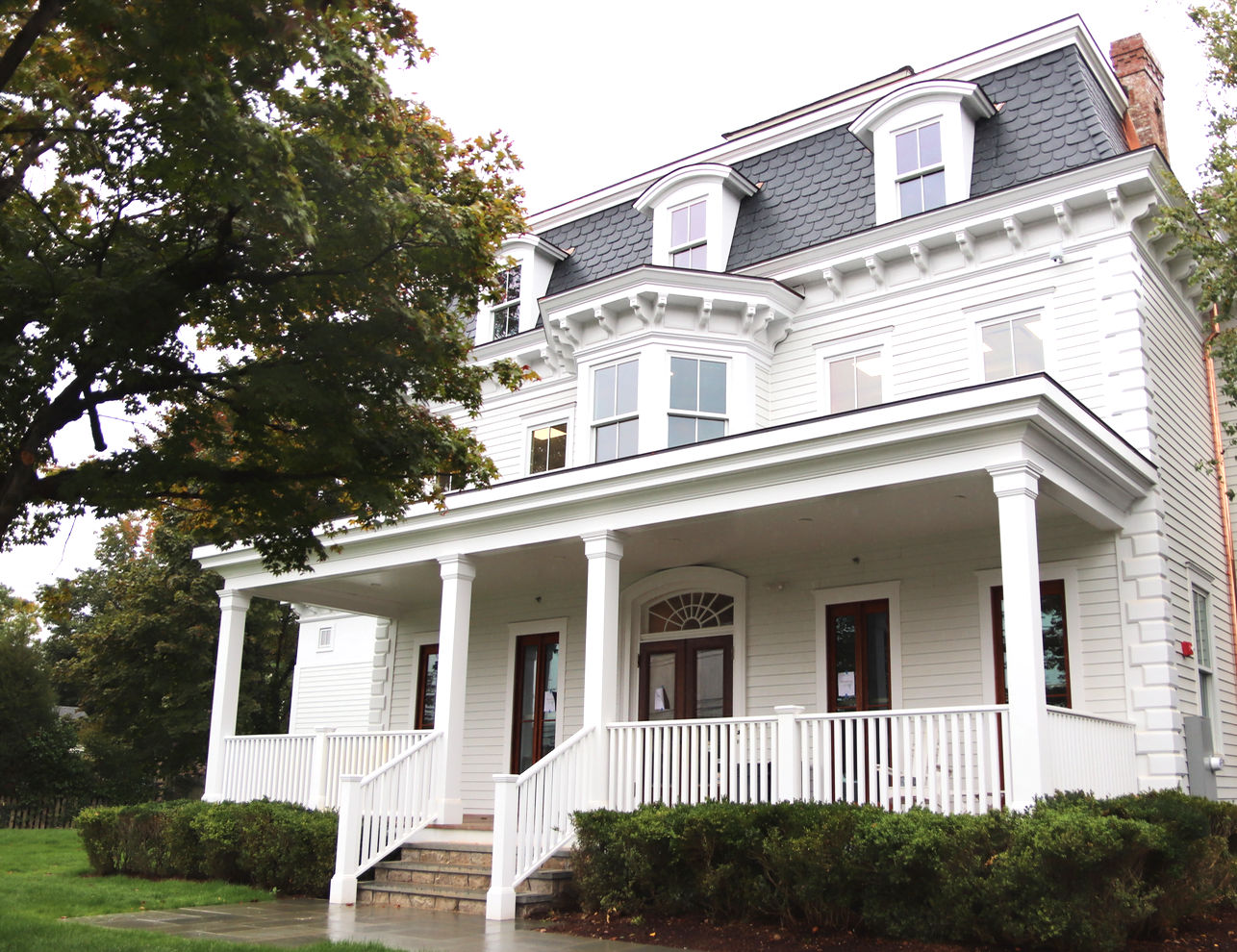 Squash facility with clubhouse after. 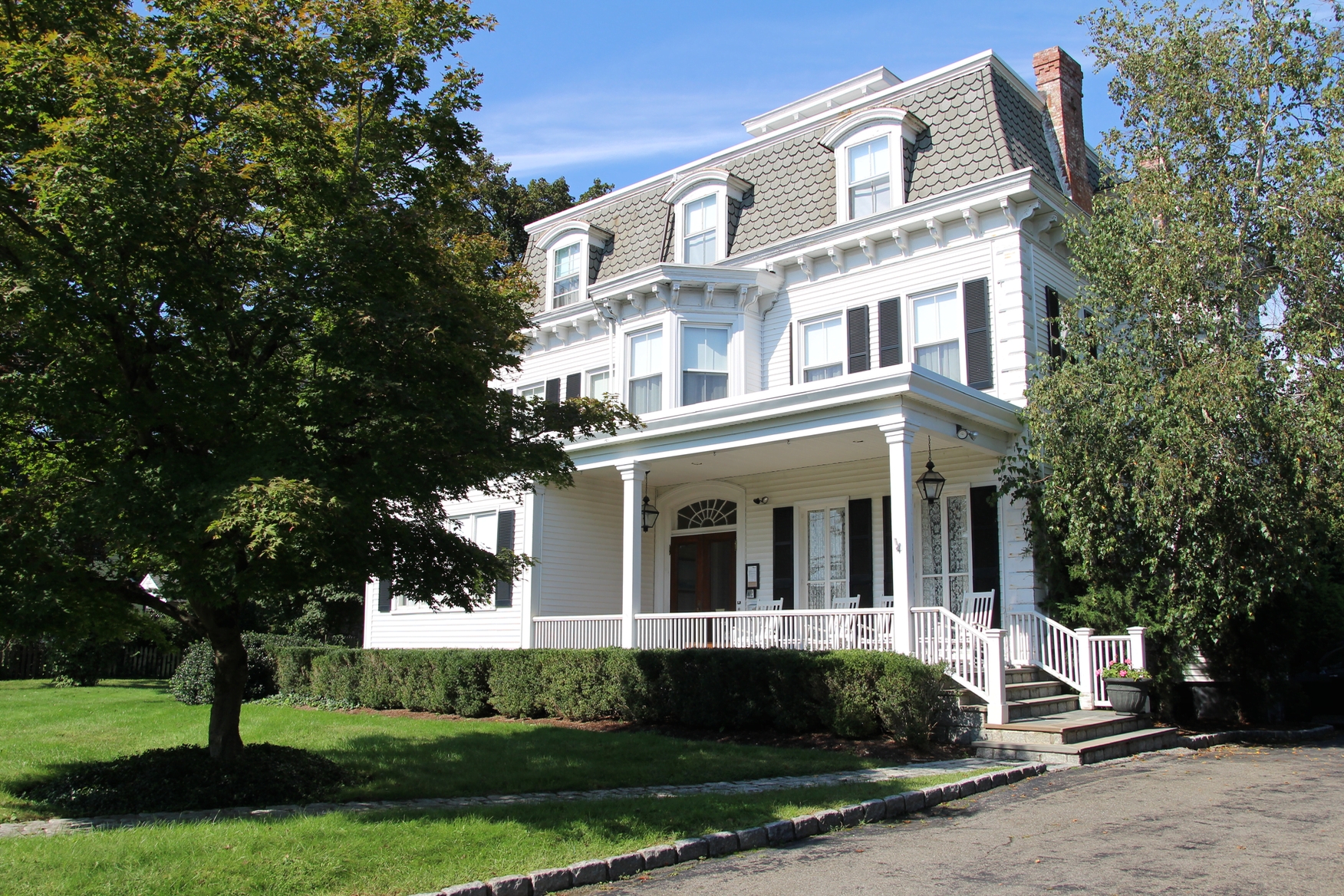 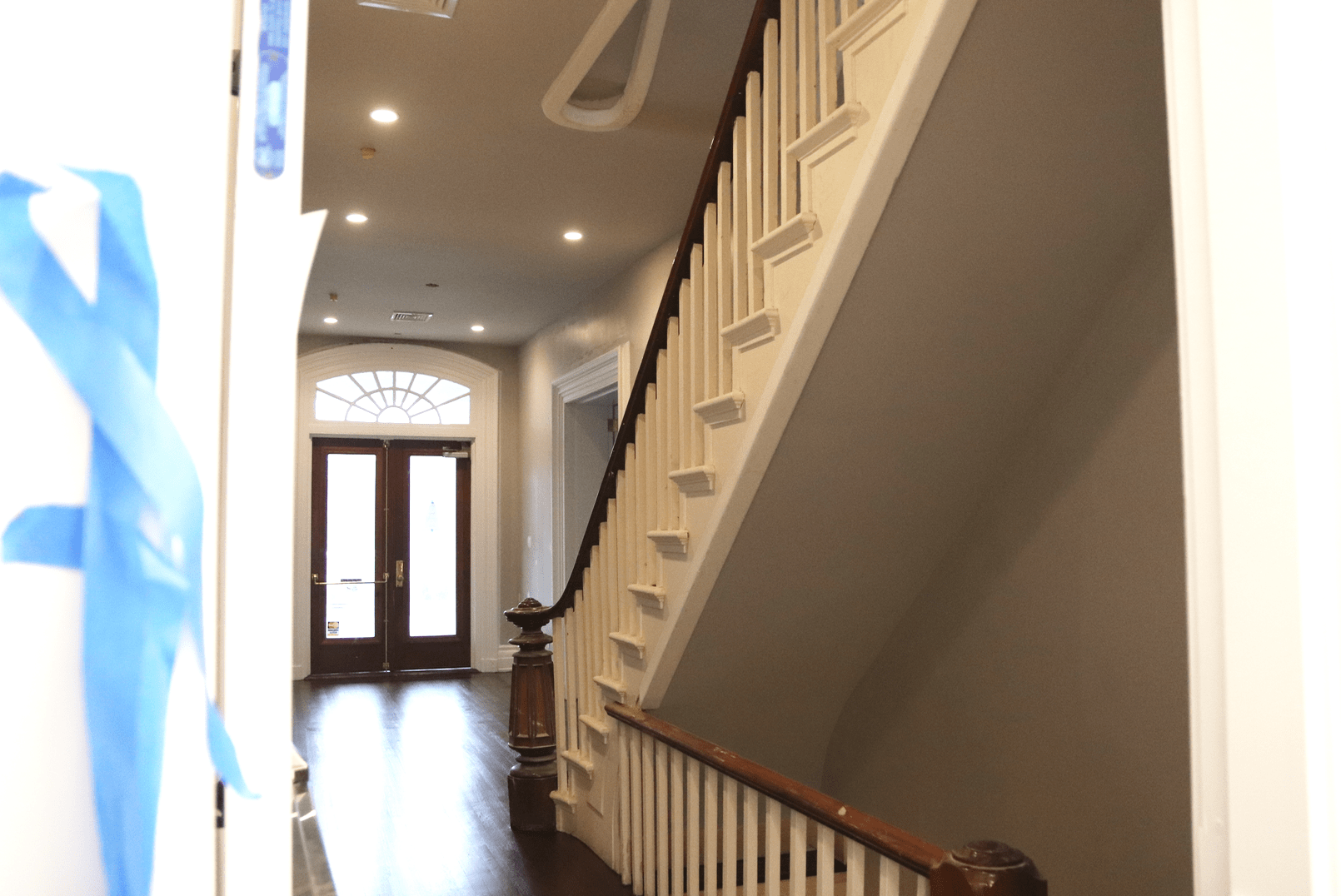 View from squash facility through to the former Cos Cob Inn. Photo: Leslie Yager 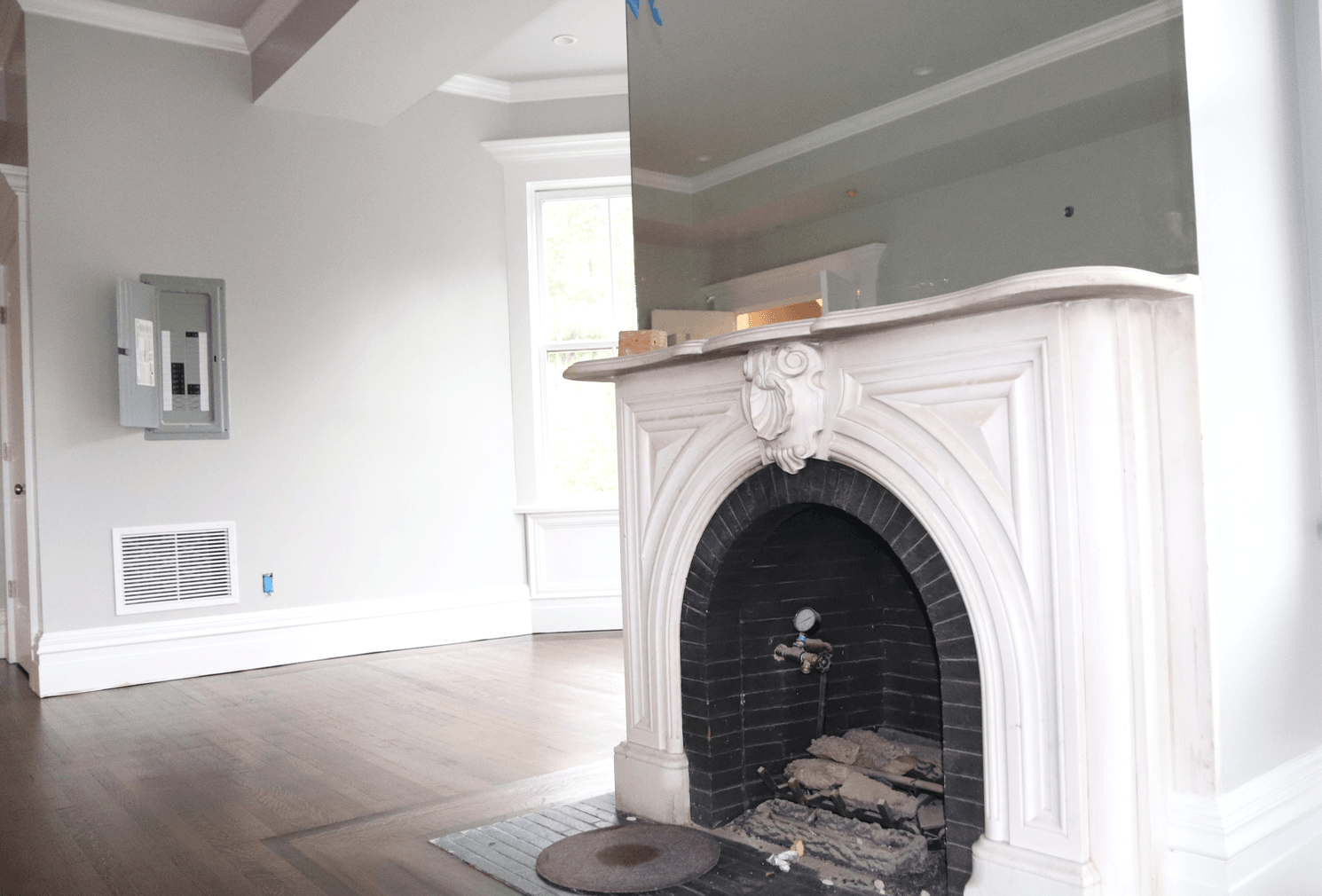 With partitions removed, the club house benefits from grand rooms as was originally intended at the 1880s captain’s house. Photo: Leslie Yager 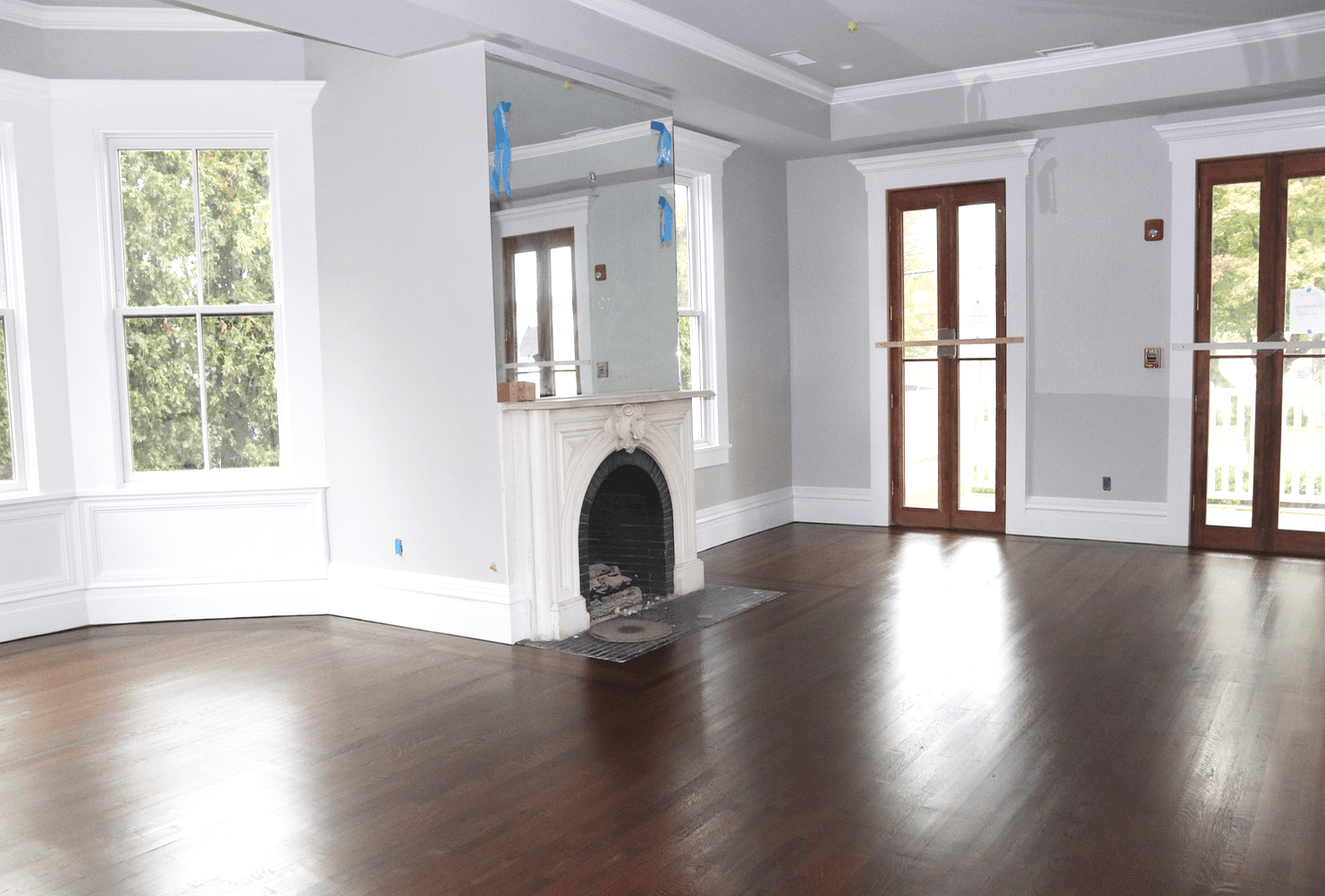 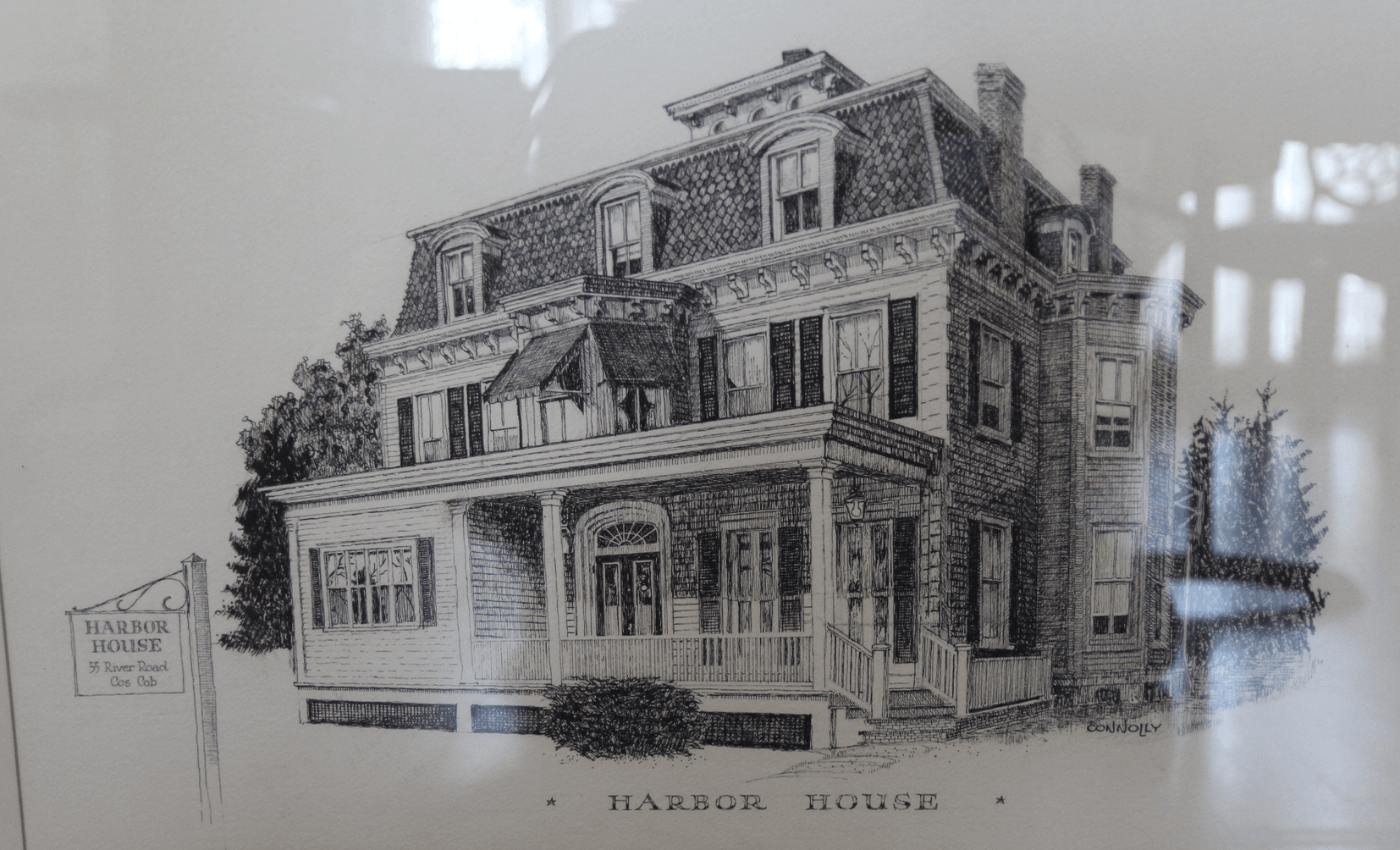 Vintage illustration of “Harbor House” in Cos Cob

The Greenwich Water Club is located at 49 River Road in Cos Cob 06807.

Click here for more information on the squash program.