The documentary “The Anonymous People” will be screened Thursday night (April 10) at Greenwich Town Hall  at 7:00pm.

The film aims to redirect the addiction conversation from problems to solutions.  The 88 minute independent feature documentary is about the over 23 million Americans living in long-term recovery from alcohol and other drug addictions. 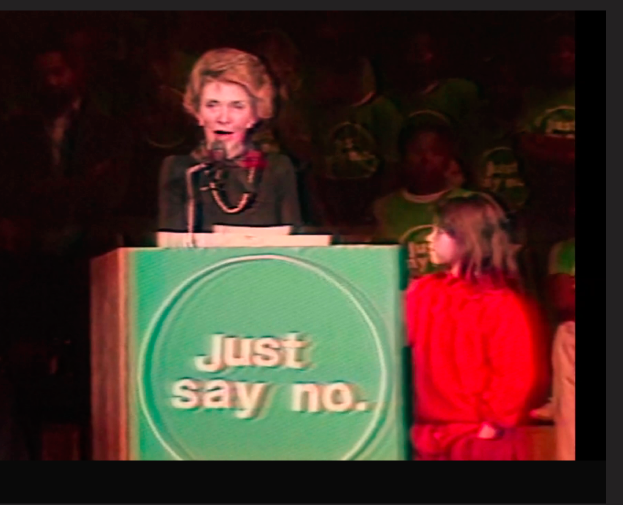 As a culture we are still very rooted in “Just Say No,” even though addiction touches two out of three American families, untreated addiction has cost our economy hundreds of billions of dollars every year, and US jails and prisons are full of addicts and alcoholics. “Recovery is what you need, not prison,” says the voice over.

The shame and secrecy are just as deadly as the disease itself,” says actress Kristen Johnson in the film. “Whether we want to admit this or not, this is our Black Plague.”

“I refuse to feel ashamed of who I am. I most certainly will not be embarrassed of who I am,” says Johnson, the actress  many remember from 3rd Rock from the Sun. “I’m going to tell whoever I damn well want to.” 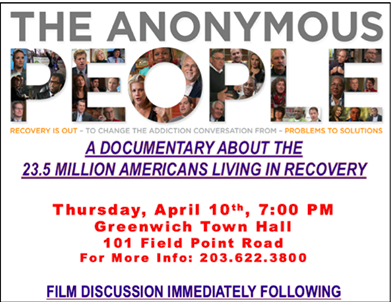 The film Director is Greg D. Williams. After the film there will be a discussion.

The film will be screened at Town Hall, 101 Field Point Rd.