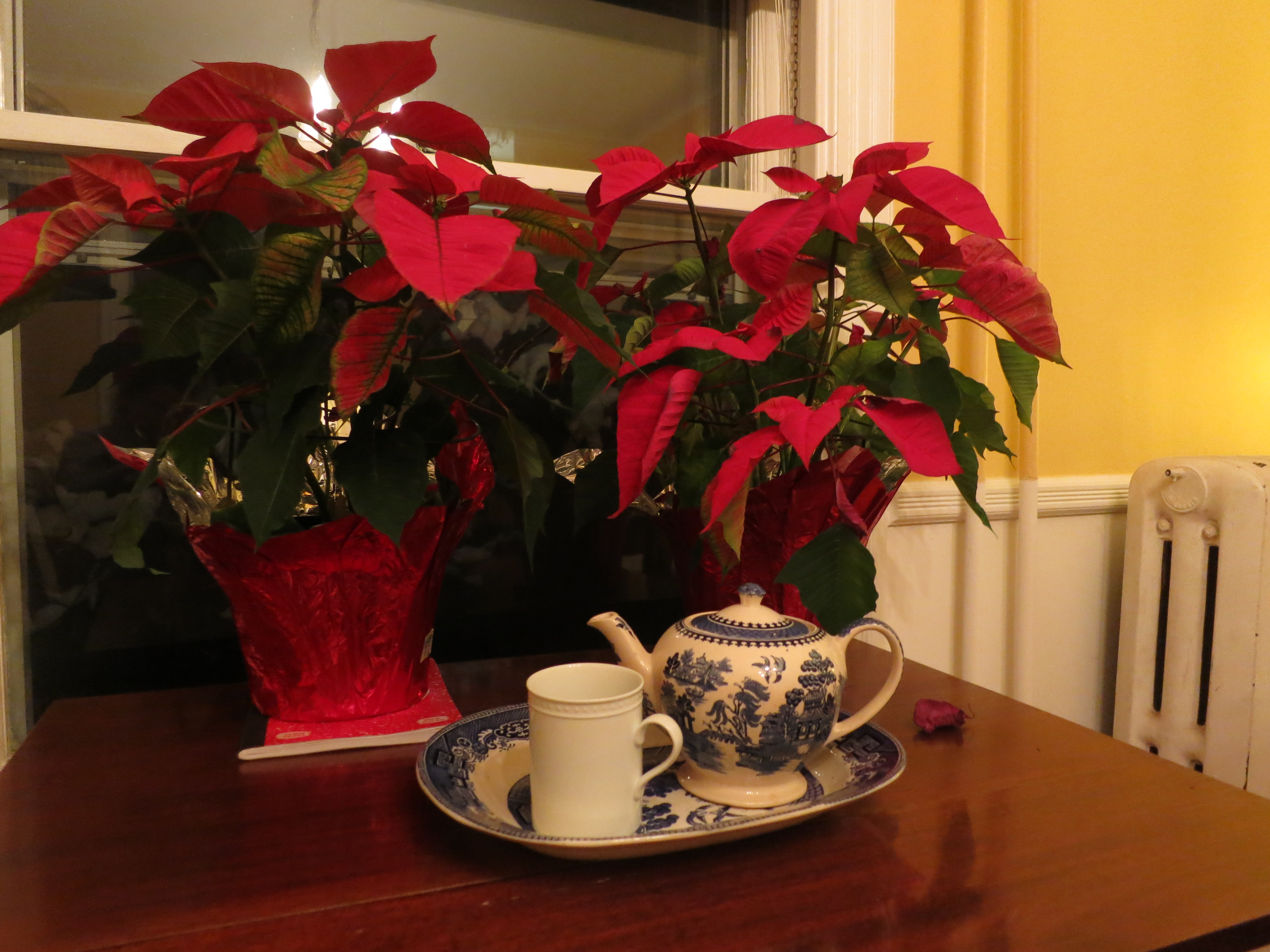 Traffic the Sunday after Thanksgiving was bumper to bumper as I drove my 19-year-old daughter back to college in Boston, and we both decided I would be better off spending the night at her apartment rather than endure a four-hour, rainy return.

I experienced a moment of amusement as we entered the apartment and my suddenly adult daughter commented quietly, “Andy forgot to wash the dishes.”

She set her things down and returned to the kitchen, tossing me a towel to dry as she washed. It was the first time I ever saw my daughter do the dishes without being told. Later, we retired to her room where I could work and she could prepare her homework for the next morning.  “There’s mint tea in the kitchen if you want to make us a cup,” she said.

Mint tea is my favorite and I was pleased to have it after the long weekend, especially since none of my other family members stock it. I opened the cabinet door and saw her childhood before me.  There was chamomile tea, rooiboos, and the mint.  As I waited for the water to boil, I smiled at the way culture permeates our lives even as it evolves and changes. I doubt my daughter ever gives thought to the origin of her love of tea.

When I was a tiny child, I adored my Irish born and brogue-ed grandmother.  Her lilting speech and her rascally sense of humor still makes me smile whenever I think of her.  From her, I learned about fairies and banshees, about flutes and songs like Paddy McGinty’s Goat.  Both of my children learned the woes of stealing apples in a song I learned from my mother, that she had learned from hers.

Years ago, my aunt’s kitchen was constantly busy, as I and her seven children darted in and out of downstairs rooms and throughout the house. Under the metal mint-green cabinets, a tiny corner stove held a warm shepard’s pie. There I was served my first cup of tea. It was made of equal parts milk and luke-warm water, a barely immersed black-tea bag, and a heaping spoonful of sugar.

I remember the sweet, warm, spicy taste of it to this day, more than 50 years later.

As I grew up, my mother and I struggled to maintain a close relationship, but when we had those bonding moments, it was almost always accompanied by a cup of tea.

When Starbucks rolled upon the scene, I fell in love with their milky Chai. As I grew older, I was plagued by allergies and had to give up caffeine and turned to herbal teas.  I raised both of my daughters on homemade brews; camomile settled the tummy, mint cleared the sinuses, lemon tea with honey eased a sore throat. Celestial Seasonings orange tea almost tasted like what my grandmother drank.

Today, neither of my daughters would think to ask me for a cup of coffee.  They both drink tea, for the herbal remedy of it, the relaxation that accompanies an afternoon cuppa, and for the fragrant aromas of home.  It made me smile to see those teas in my daughter’s cabinet, and when I send this to my mother, I know it will make her smile, too.  Somewhere, somehow, I hope it will also make my grandmother smile.

I love to think that one day, my lovely girls will comfort a child of their own with the homey teas that warm, heal, and reminds us of all the love that has been poured throughout all the years and timeless generations.