Throughout the day shoppers at the two A&P stores in Greenwich were stunned to find both locations closed for business as they transitioned to ACME Markets. It was deceiving because both stores were busy as workers re-tagged items. The store locations are 160 West Putnam Ave in Greenwich and 1261 East Putnam Ave in Riverside Commons.

The signs have been switched to ACME, and both stores are set to open on Oct. 21. But that did not stop shoppers from parking and trying to enter the stores. Force of habit. 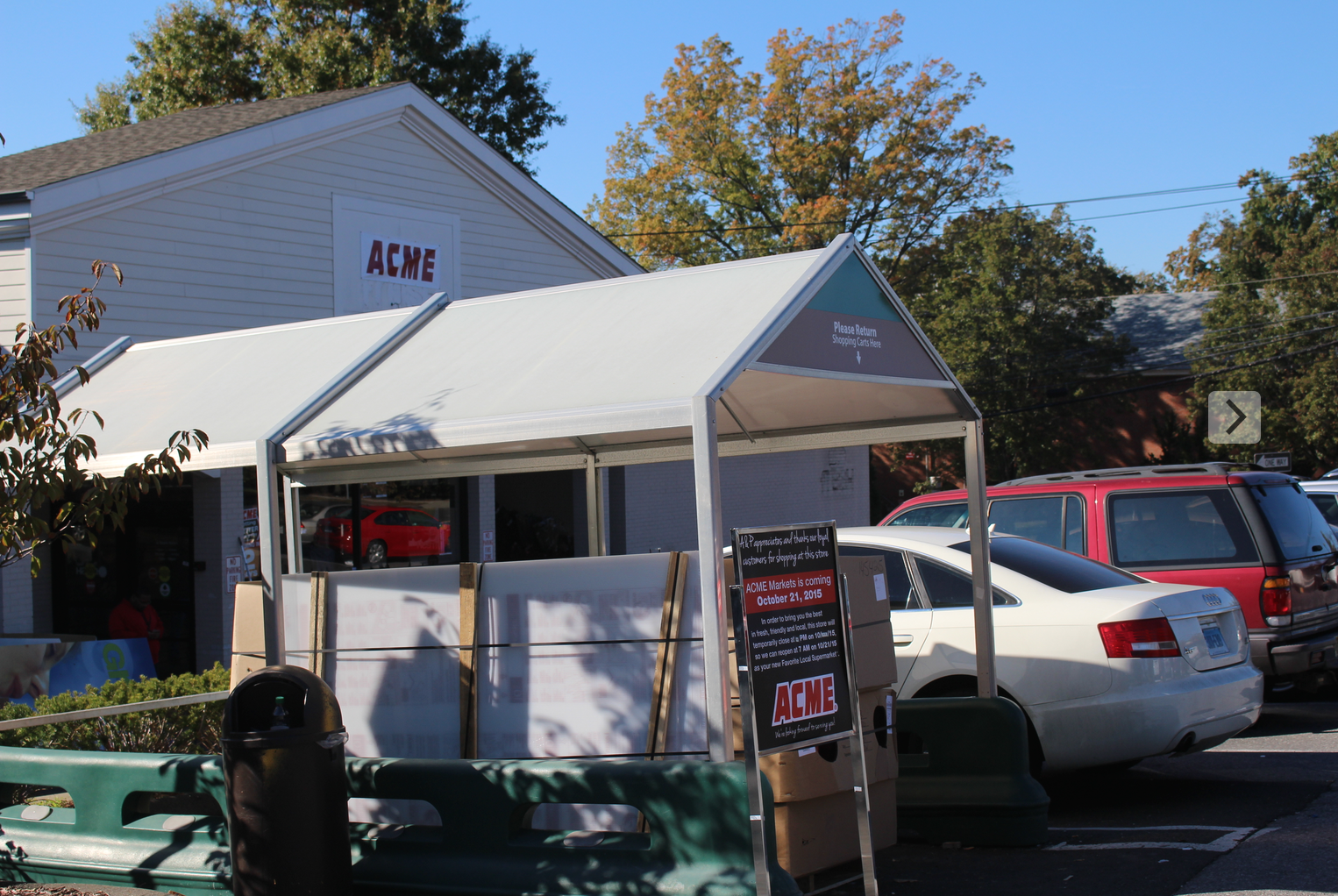 Signage on Monday at 160 West Putnam Ave. Workers were busy re-tagging merchandise in time for the store’s re-opening on Wednesday as ACME. Credit: Leslie Yager 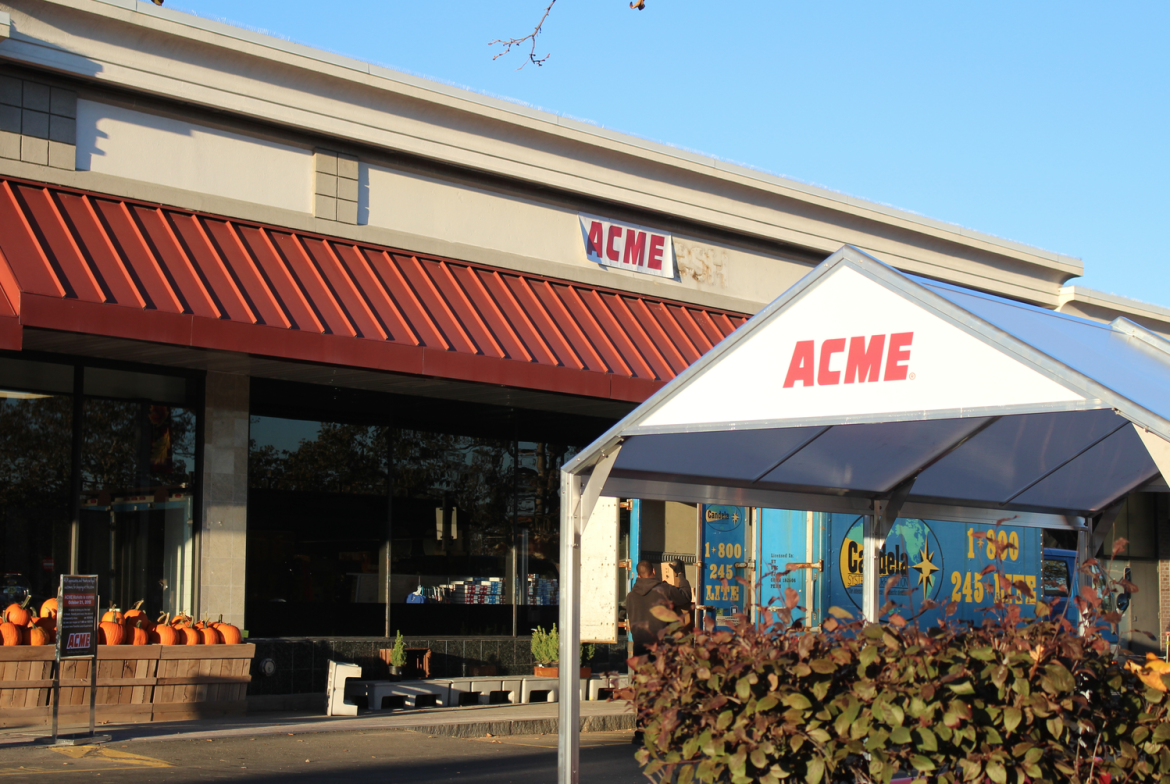 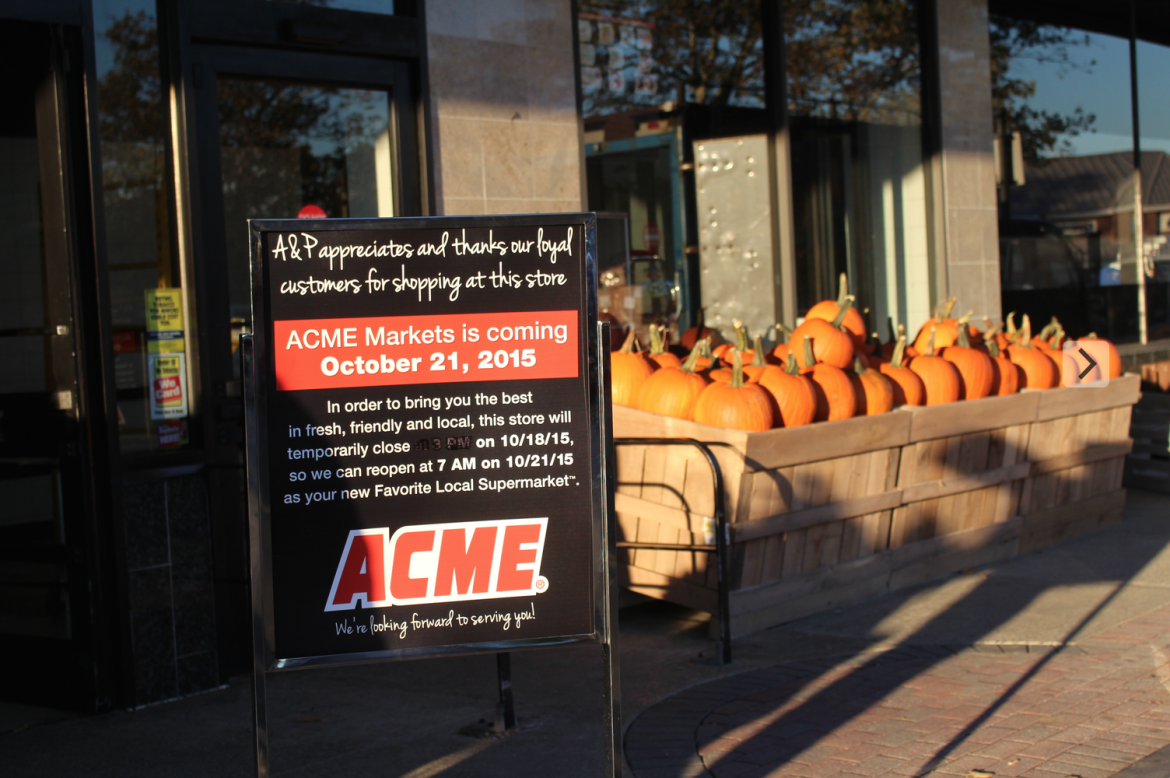 ACME is set to open in the former A&P space in Riverside Commons on Wednesday. Oct 19, 2015. Photo: Leslie Yager 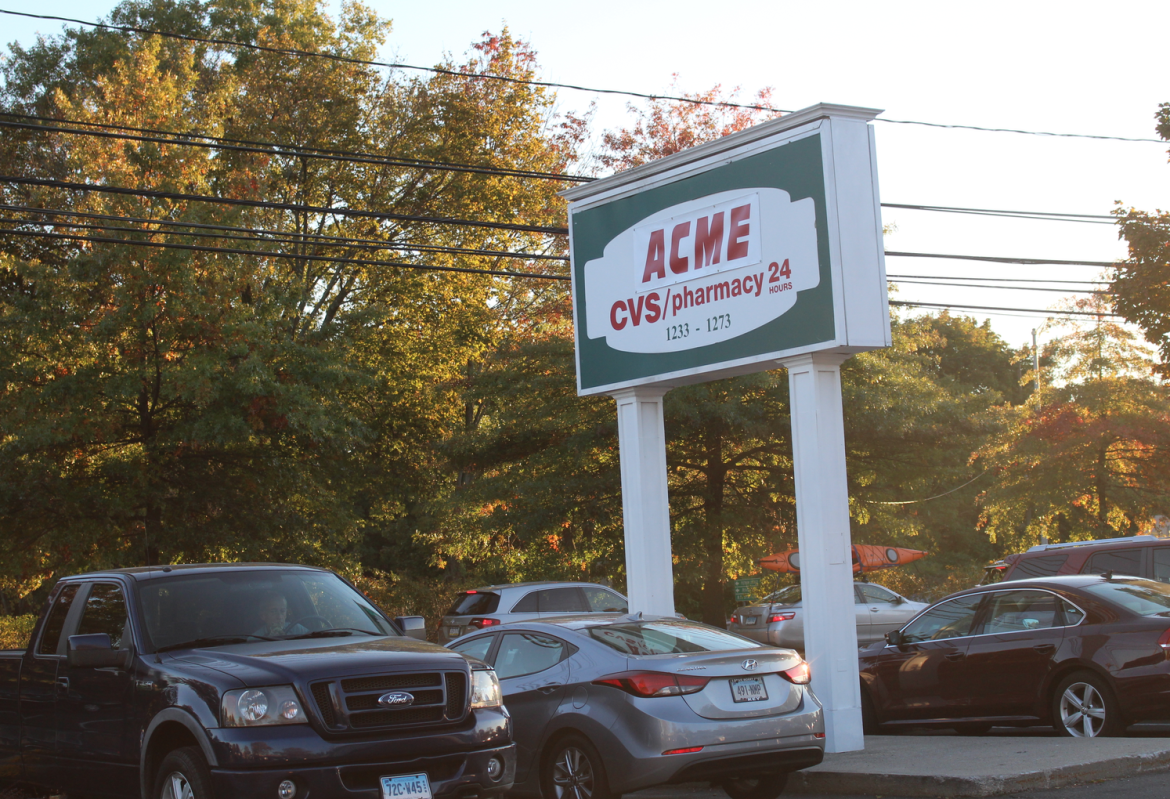 New ACME signage. The store is set to open in the former A&P space in Riverside Commons on Wednesday. Oct 19, 2015. Leslie Yager

A manager speaking not for attribution said that all items were being tagged with the exception of A&P brand items, produce and meats, and that ACME has its own Lancaster line of pork and beef, that eliminates the middle man and keeps prices down. He was handing out color flyers with $5.00 off coupons good on orders of $30.00 or more.

The manager also said that all personnel in the two A&P stores have been retained. He said in addition to the two Greenwich stores, ACME is set to open locations in New Canaan and Stamford.

Back in July, GFP reported that A&P store  locations at both 160 West Putnam Avenue and 1261 East Putnam Avenue in Riverside were among the 120 A&P supermarket chain stores that its parent company, the Great Atlantic & Pacific Tea Company, intended to sell following a Chapter 11 bankruptcy filing.