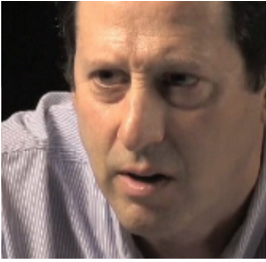 The Retired Men’s Association is hosting Robert Rubin, for a talk, free and open to the public on Wednesday March 2 at 11:00am sharp (following the RMA meeting).

The right to vote is perhaps the most important of our constitutional rights: without it, much change (legislative, executive, even judicial) would not be possible. In recent years we have seen legislative and judicial battles over allegedly burdensome ID requirements that restrict voter access. The Supreme Court decided that certain voter protections are no longer necessary because racism has largely been eradicated. Robert Rubin will present the issues viewed from both sides of these battles.

Robert Rubin, a civil rights attorney for the past 36 years, recently retired from his position as legal director at the Lawyers’ Committee for Civil Rights in San Francisco and now has his own practice focusing primarily on voting issues. From 1979-81, Rubin was the sole ACLU staff counsel in Jackson, Mississippi where he enjoyed the “privilege” of practicing before a federal judge who had been named Man of the Year by the Ku Klux Klan.

In the voting rights area Rubin secured the first injunction in the nation ordering a state to comply with the “motor voter” law in a case that reached the US Supreme Court. In two other cases decided favorably by the Supreme Court, he was counsel to Latino voters in Monterey County opposed to at-large elections. The Supreme Court unanimously ruled that the at-large system violated the voting rights act and in a second ruling, rejected California’s argument that the act was unconstitutional and the at-large system immune from review.

Rubin filed and successfully resolved the first six cases filed under the California Voting Rights Act resulting in the conversion of electoral systems of city councils and school boards from at-large to single-member districts. In the face of this litigation, scores of other cities and school boards throughout California have voluntarily converted to district systems. In the first 15 years of his career Rubin’s focus was primarily immigrant and refugee rights, when he successfully litigated more than 20 class action suits. One such matter involved the 1994 voters’ initiative Prop. 187 that would have removed undocumented immigrants from public schools statewide. It never went into effect after Rubin secured a TRO the morning after the vote. After serving as a consultant to the President-elect Clinton transition team in 1992, he later was co-counsel in the litigation that forced the Clinton Administration to release hundreds of Haitian asylum seekers from detention at Guantanamo Bay, Cuba.

Of his various accomplishments Rubin is perhaps most proud of his coaching success of a girls’ junior high school basketball team that went undefeated and won the league championship. He received his BA- Psychology from Northwestern University, then his LLB from University of San Diego School of Law.

The Greenwich Retired Men’s Association offers a free program every Wednesday that is open to the public, both men and women; no reservations are required. Our social break starts at 10:40am followed promptly by our speaker at 11:00am. Programs are at the First Presbyterian Church, 1 West Putnam in Greenwich.