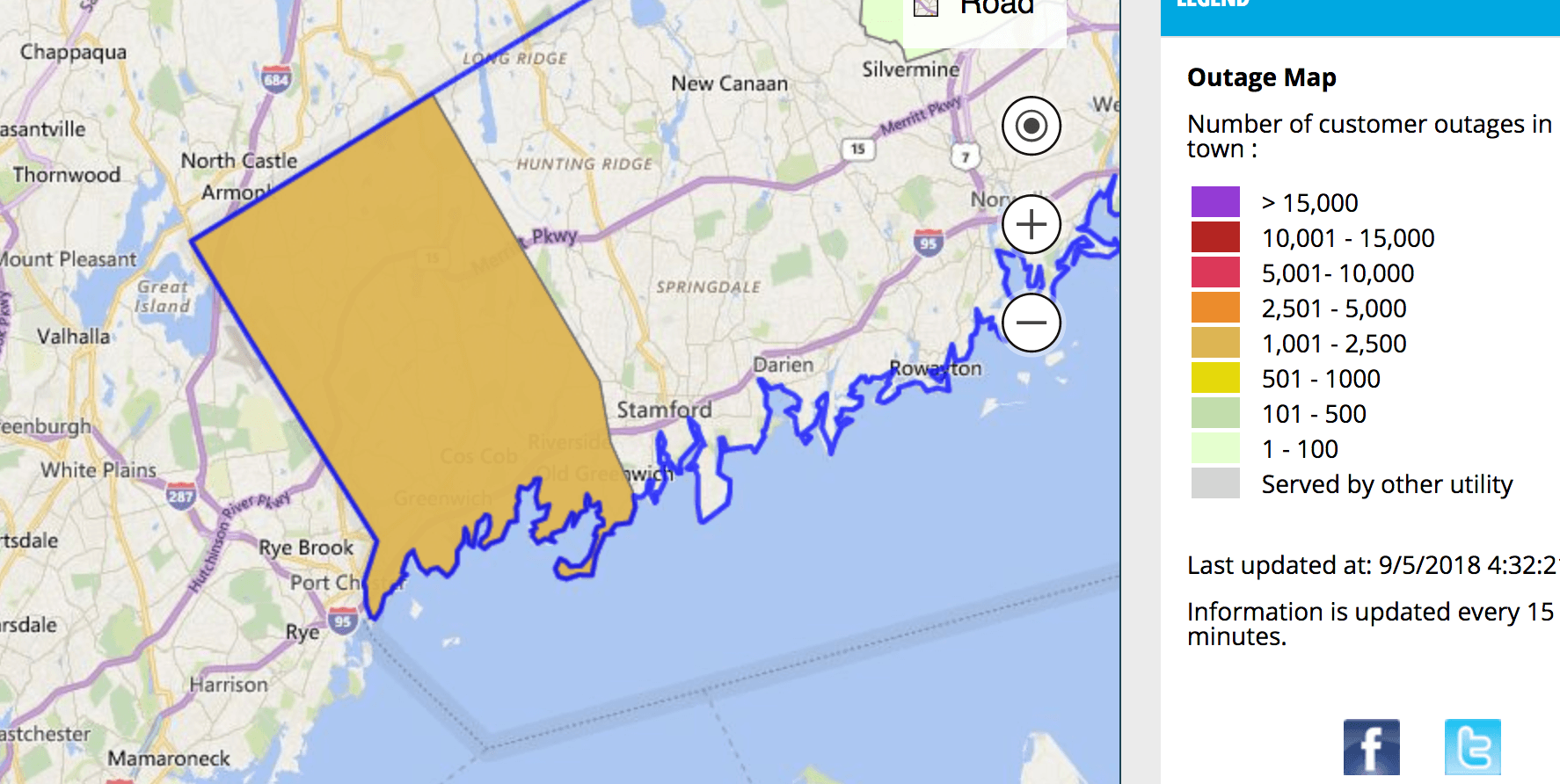 Update: At 3:23pm, Greenwich Police Tweeted that power is restored in central Greenwich and North Maple Ave has been opened to traffic.

At 4:30, the Eversource power outage map indicates there remain between 1,000 to 2,500 customers without power in Greenwich.

Traffic Update – Greenwich 9/5/18 at 3:25 PM. Power restored in Central Greenwich and North Maple Ave. has been opened to traffic. 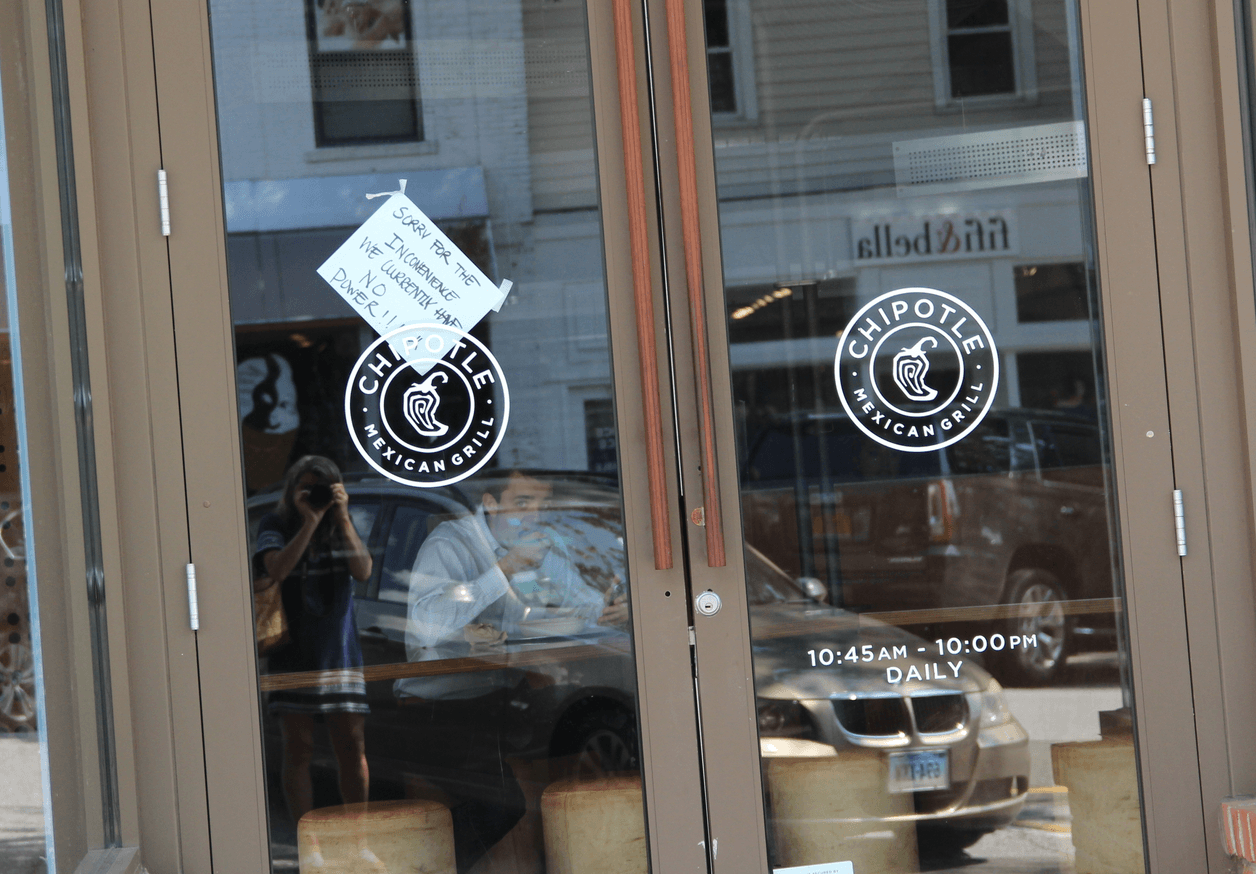 Around 12:15pm, residents and businesses downtown suddenly found themselves without power on one of the hottest days of the year.

This repaorter parked her car in front of a busy Chiptle at 11:10am. A half hour later, customers trying to enter the restaurant were confused why the doors were locked when there were still people eating lunch inside.

At the gas station, an Eversource workman told Greenwich Free Press that the cause of the outage is “car versus pole.” 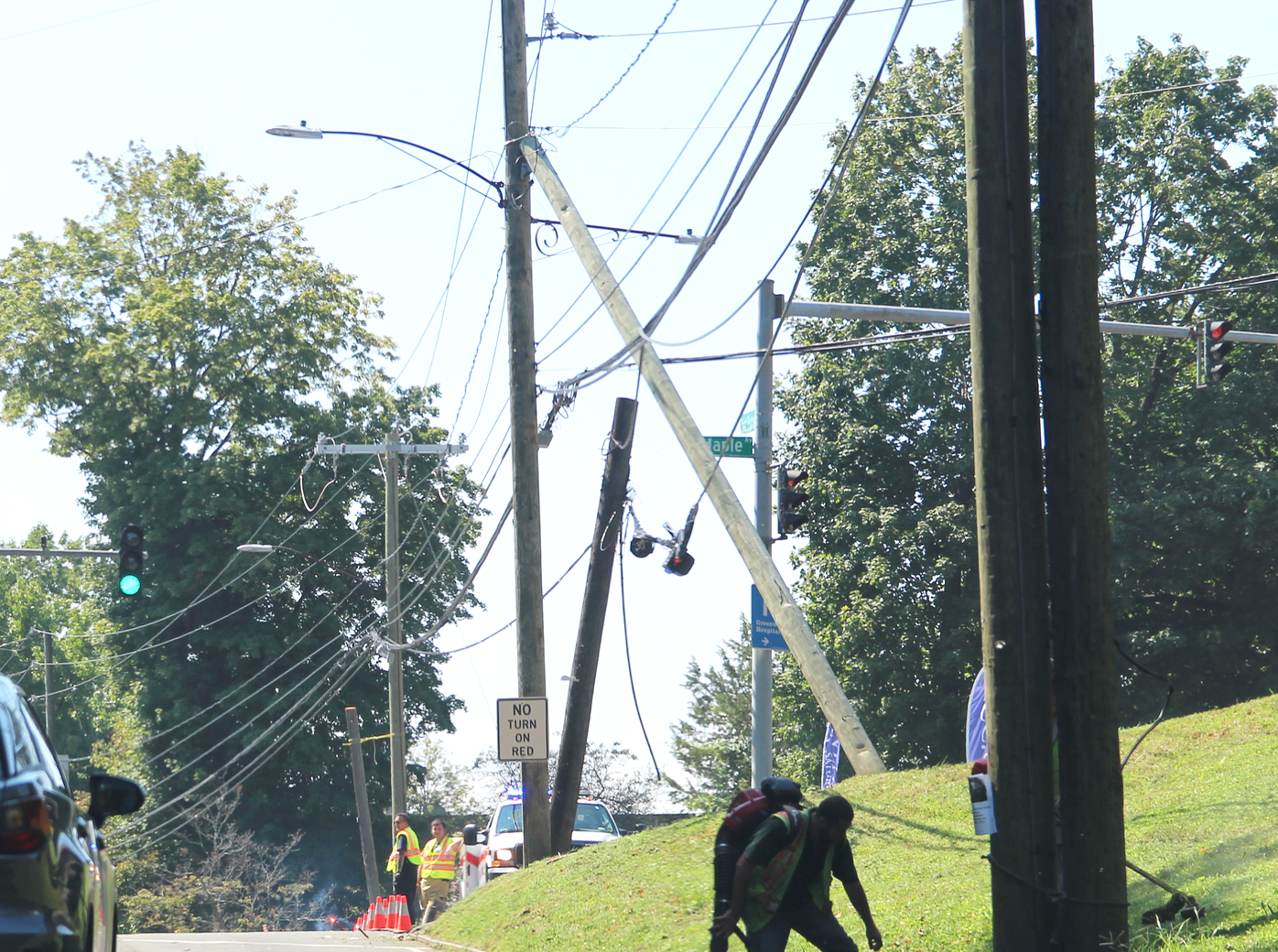 Scene at the intersection of East Putnam Ave and Maple at 1:00pm on Wednesday.

He said the incident is in the area of North Street and Maple and that four crews are working to restore power.

Cos Cob Fire Police Patrol are directing traffic along Putnam Avenue where it intersects Maple.

Greenwich Police Lt Slusarz emailed media to say North Maple Ave from East Putnam Ave to North Street will be closed for an extended period while work is completed by Eversource.

The thermometer read 92° when Greenwich Free Press lost power in central Greenwich. We are publishing from Greenwich Library.

GFP was lucky to have power on Tuesday night when much of the town lost power. Many families didn’t have power for AC until midnight.

Street lights are out on Milbank Ave. 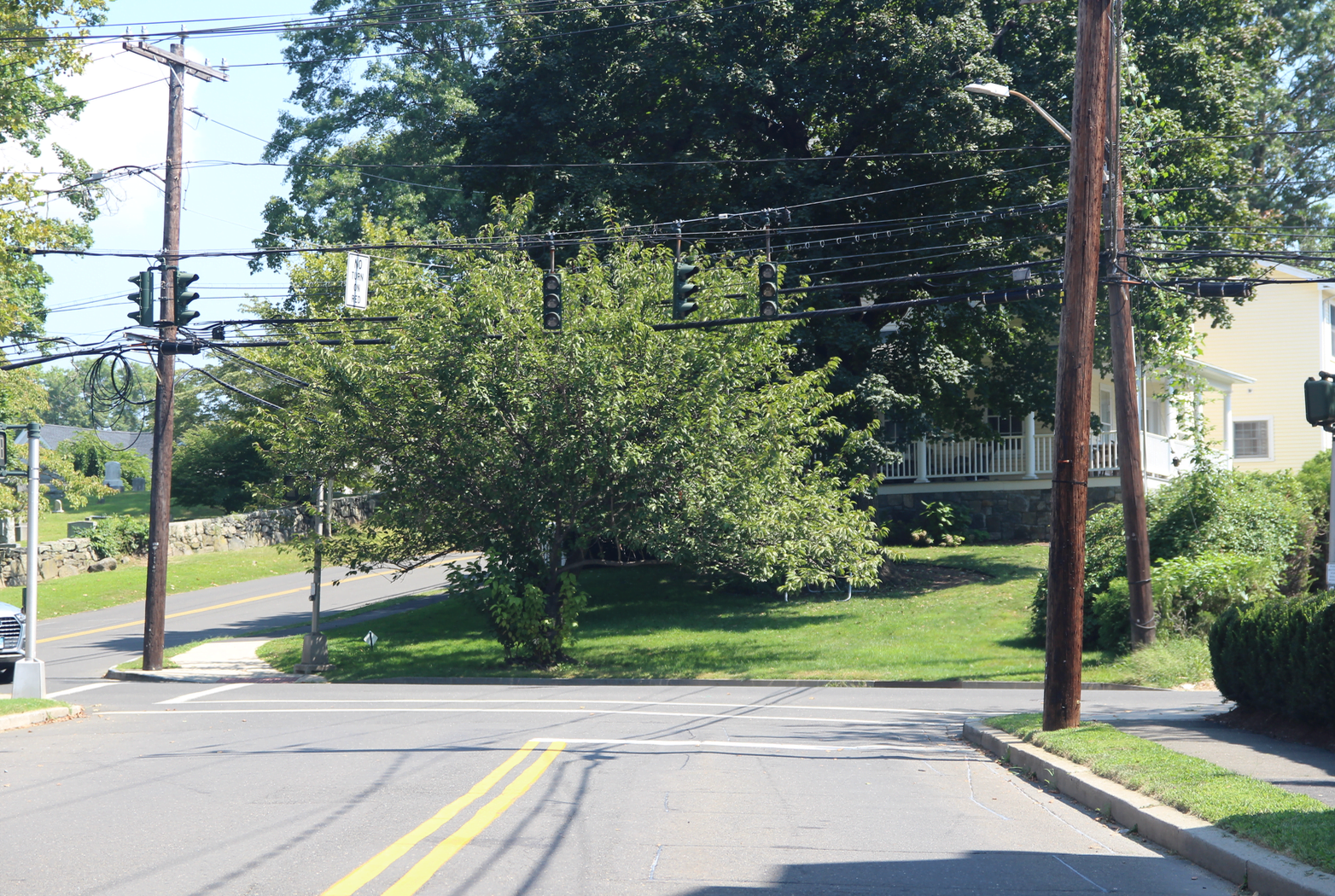 Traffic signal out at intersection of Milbank and Lincoln at 12:45pm. 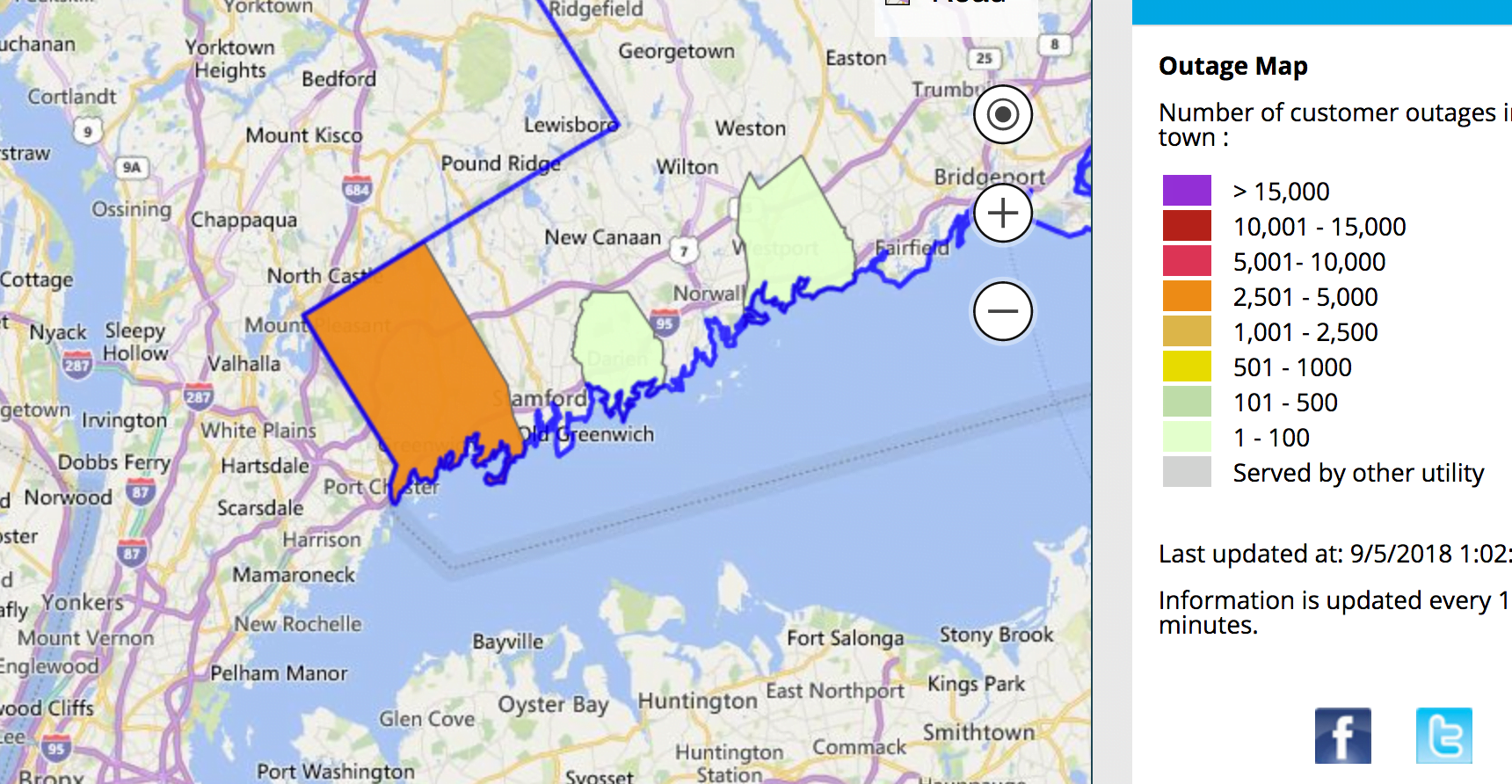