Update #6: Wednesday 8:15am: Greenwich Police public information officer John Slusarz said that as of 8:00am, all roads in Greenwich are open for normal traffic except Perryridge Rd which is being paved on Wednesday.

According to Slusarz,  Police responded to over 140 calls during the power outage and only three Eversourse customers remain without power.

Eversource will be working on Bruce Park Ave between Mason St and Ridge St on Wednesday, so drivers are advised to avoid that area.

Around 9:30pm Tesei Tweeted that  Eversource estimated power restoration might not take place until midnight on Tuesday. 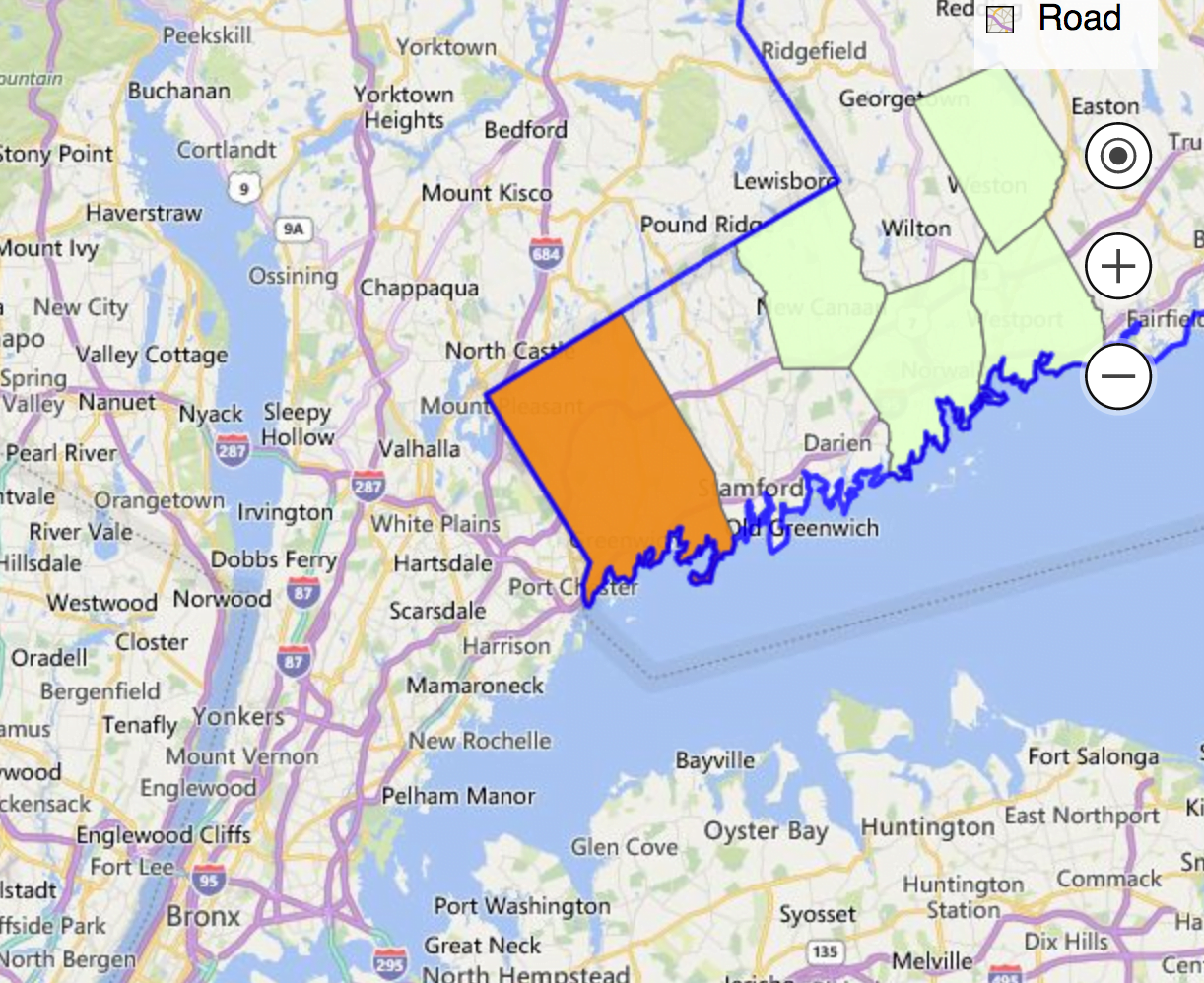 Update #4, Tuesday, Sept 4, 9:15pm: The Eversource power outage map reflects that the number of customers without power has decreased.

Update #3 Tuesday, Sept 4, 8:40pm: First Selectman Peter Tesei tweeted that anyone needing to charge their phone or cool down in AC can come to the Public Safety Complex at 11 Bruce Place.

Tesei said that Eversource had yet to provide firm time they would have power restored.

Update #2: 8:15pm The Evesource outage map still says there are 10,00 to 15,000 customers without power. A quick drive from central Greenwich to the NY state line  around 7:40pm revealed many without power, but there were exceptions.

At 7:40pm, Greenwich Library was buzzing with patrons.

At 7:43pm a worker at  Stop & Shop on West Putnam Ave said the power had been restored minutes earlier. But a look across the street revealed ACME was still without power.

At 7:50pm, street after street in Byram and Chickahominy remained without power. The stretch from Mill Street in Port Chester to Delavan Ave in Byram, and all the way to Ritch Ave, was powerless.

As this reporter drove up Ritch Ave, the streetlights came on at 7:53pm.

But just a bit further, power remained off on Hamilton Ave until the area of the substation at Prospect Street and Railroad Ave at 7:54pm.

At 7:57pm the streetlights were back on at the intersection of Railroad Ave and Greenwich Avenue.

Update  #1, 7:15pm First Selectman Peter Tesei announced in a Tweet at t6:50pm that the power loss is due to issues at the Prospect Street sub station. Tesei said that Town Hall is closed and the RTM meeting is moved to the Senior Center at 299 Greenwich Ave. 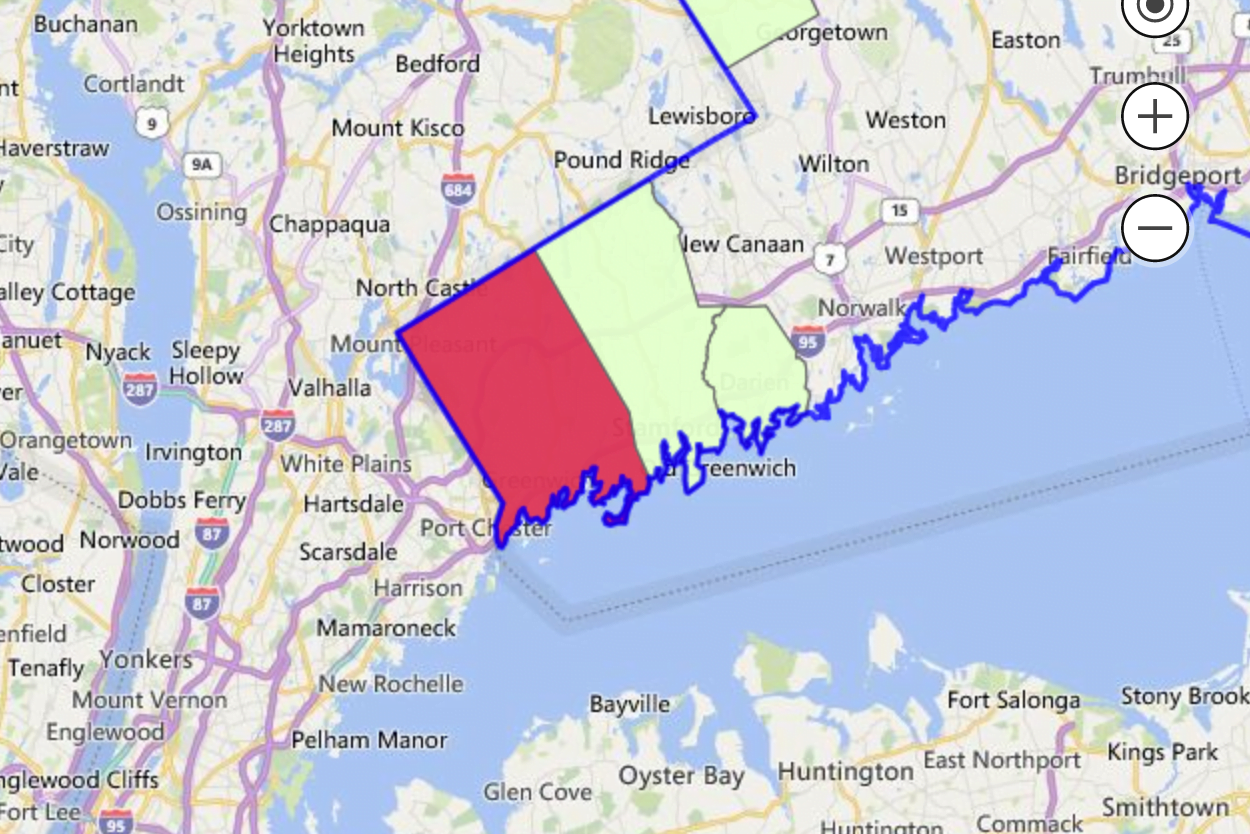 Original story: 6:40pm  As of about 6:00pm, a large swath of Greenwich lost its power Tuesday night.

Greenwich Town Hall has power (as of 6:05pm), though the monitors in the lobby need to rebooted, suggesting there was a temporary outage.

The street light at the intersection of Field Point Road and Brookside was out as of 6:10pm.

Heading down Hamilton Ave through Chickahominy, residents could be seen gathering on their porches and stoops trying to cool off.

Moving down Ham Ave, the light by Bimbo Bakery is out.

On Delavan Ave, storekeepers and residents are also without power.

Diners at Famous Greek Kitchen were pacing the sidewalk on North Water Street.

The lights are out on Mill Street and Delavan Ave.

Air conditioning may elude residents until about 7:30pm, which is when Eversource estimates power will be restored.

Along Putnam Ave, more traffic lights are out.

At the bottom of Greenwich Avenue at the intersection of Railroad Ave and Steamboat Road, the traffic light. Police are directing traffic which is jammed with commuters. 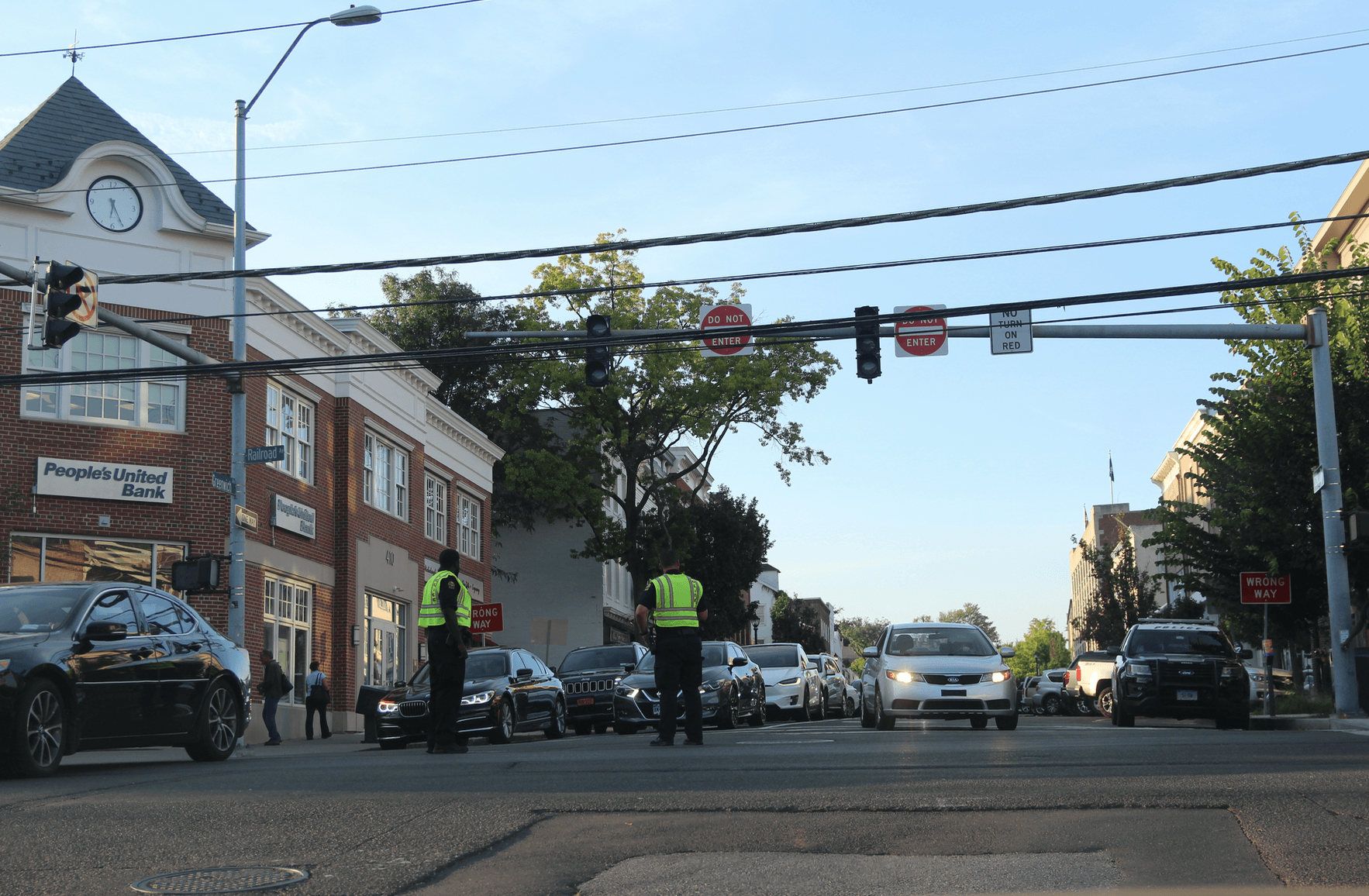 At the bottom of Greenwich Avenue at the intersection of Railroad Ave and Steamboat Road, the traffic light. Police are directing traffic which is jammed with commuters.