On Thursday at Greenwich Library, World War II veteran Lloyd Hull, 95, attended the opening of an exhibit on his service aboard the USS Laffey as a Combat Information Center officer.

The exhibit is presented by the Greenwich Library Oral History Project. 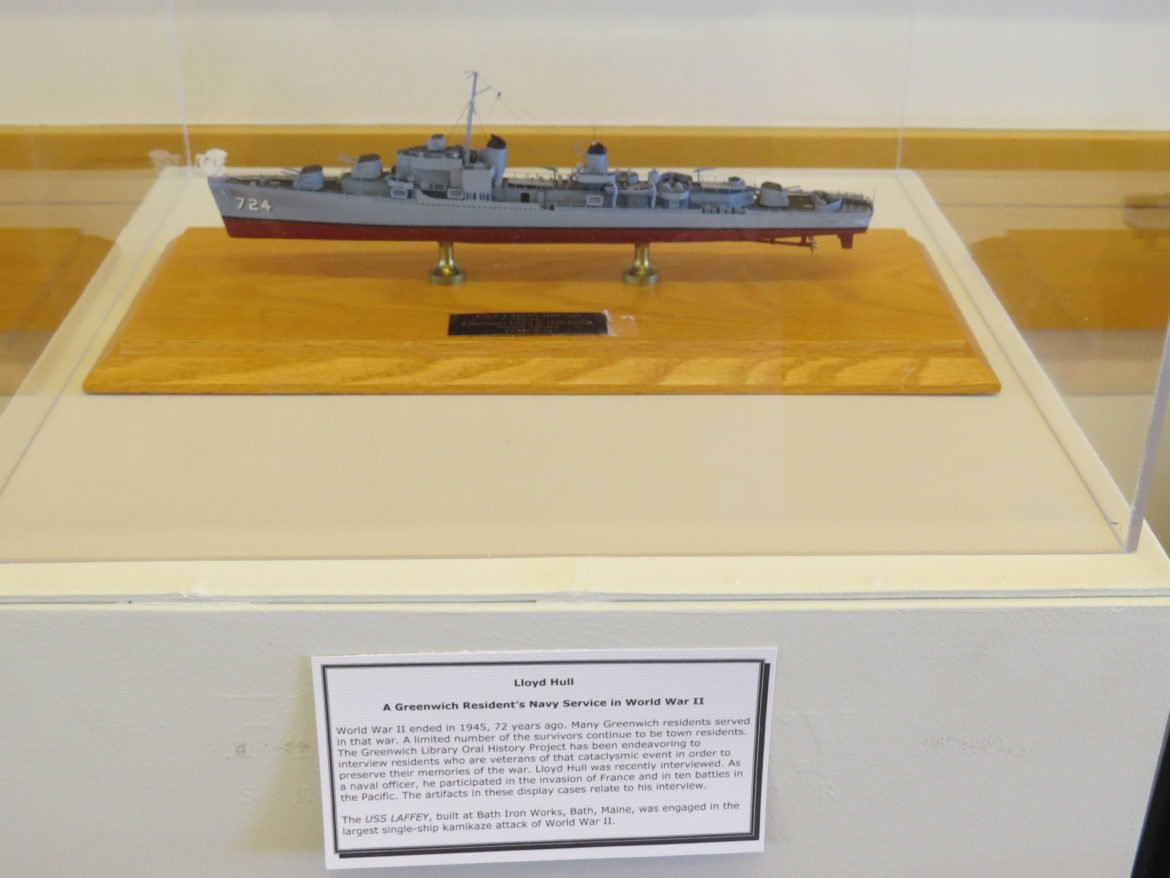 A model of the USS Laffey, on which Hull served. Photo: Joshua Littman

Serving in both the European, including the invasion of Normandy, and Pacific Theatres of World War II, Mr. Hull joined the Navy in 1942.

The USS Laffey, on which he served, was actually the second ship named so. The original USS Laffey was sunk off Guadalcanal in late 1942. 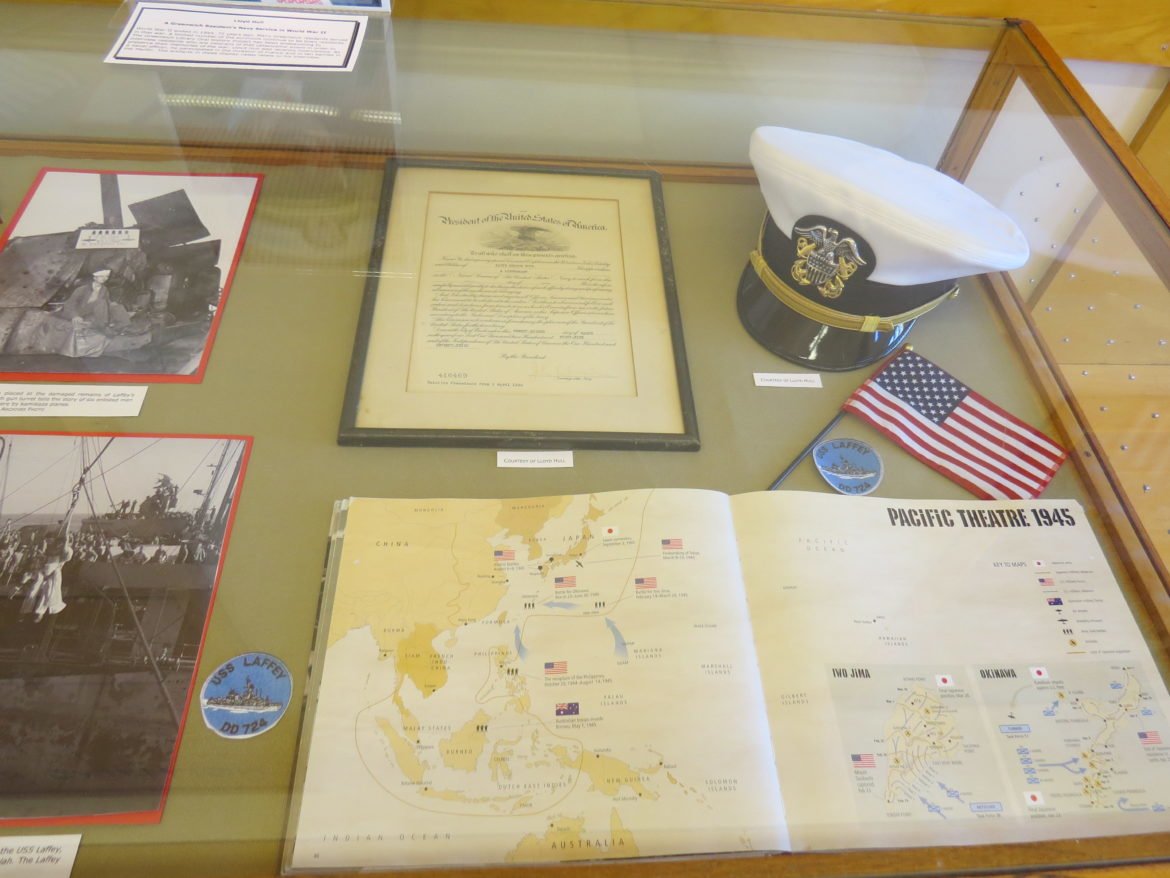 The USS Laffey received a Presidential Unit Citation following the brutal Battle of Okinawa towards the end of the war in 1945.

The citation was for heroically withstanding attacks from multitudes of kamikaze pilots, in which she withstood many devastating blows but remained unyielding. 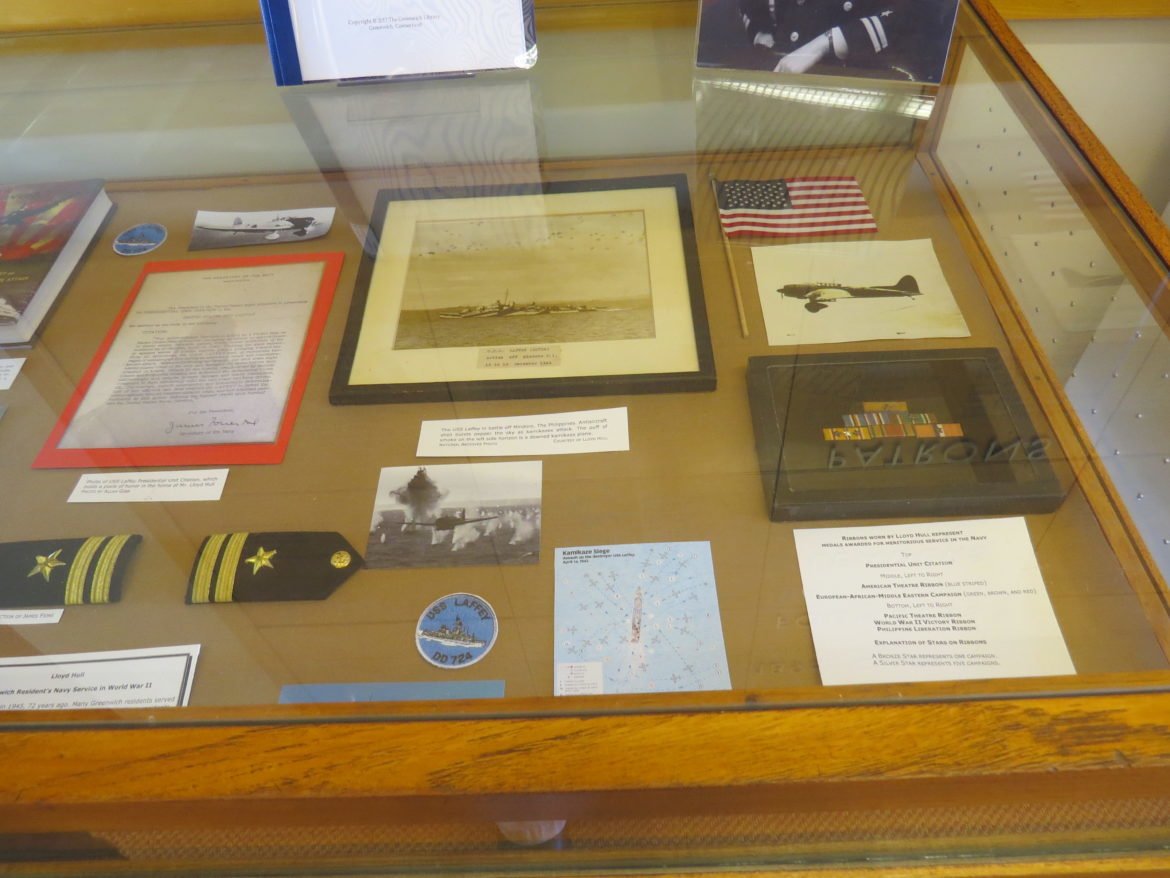 Some of Lloyd Hull’s memorabilia on display Photo: Joshua Littman

On display were artifacts and memorabilia from Lloyd Hull’s service aboard the USS Laffey. Some of these artifacts were contributed by Greenwich Country Day School 8th grade student and aspiring naval officer James Fiore, who also attended the event. 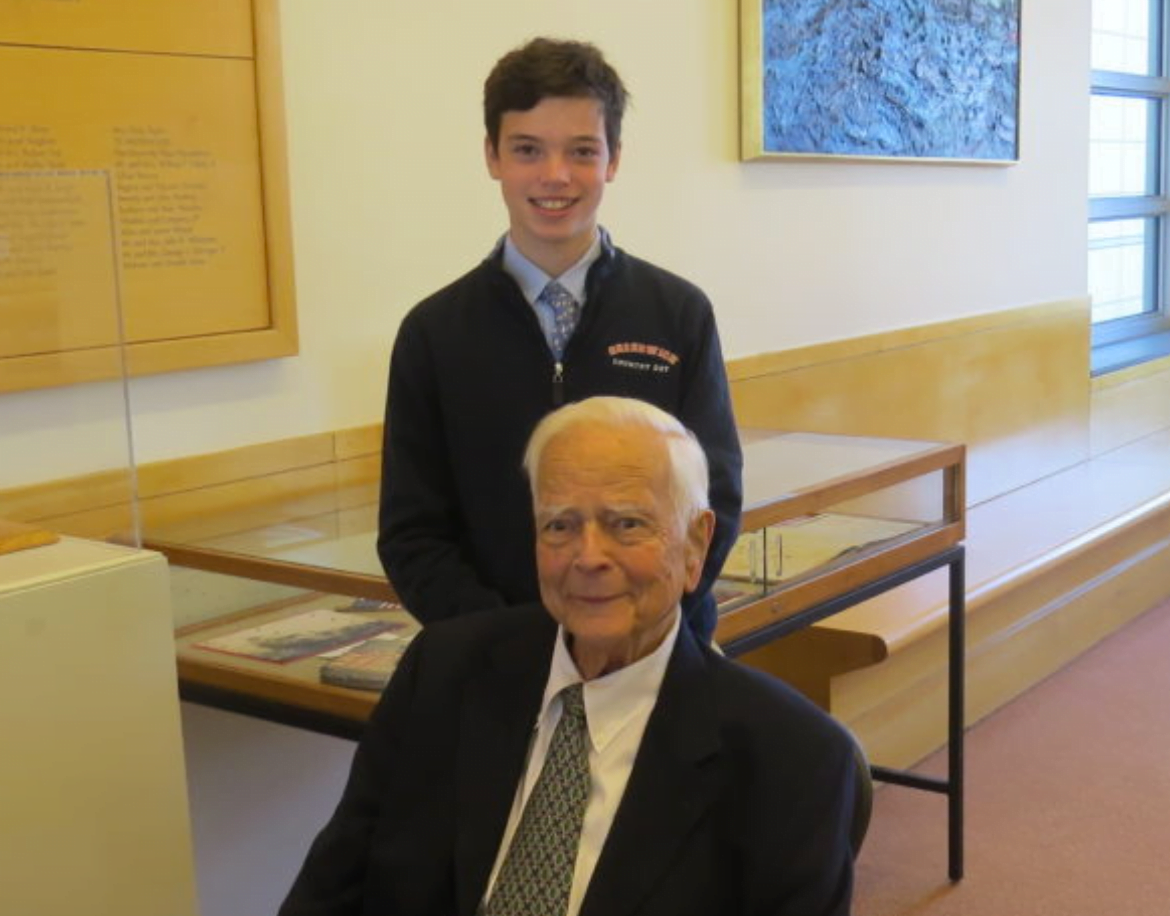 The exhibit is currently on display at Greenwich Library, near the self-checkout stations. 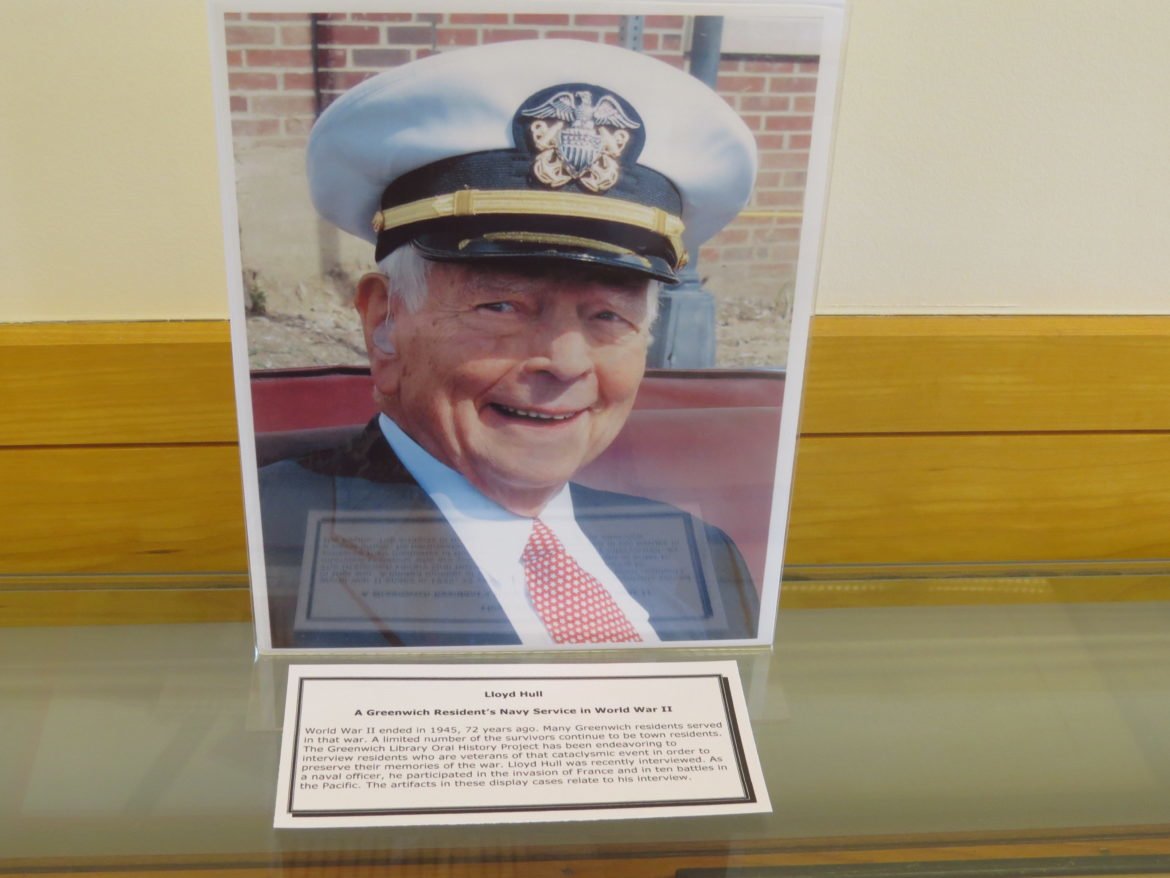 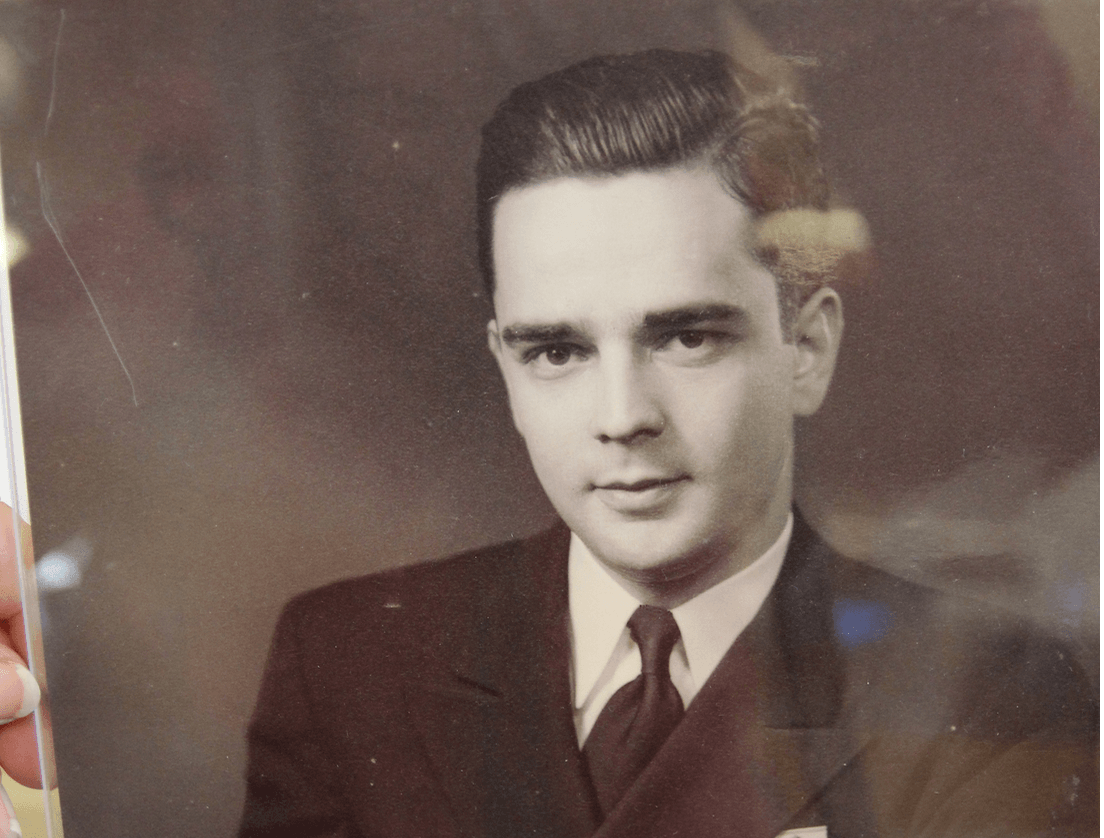