The Bastille Day ceremony at Greenwich Town Hall on Thursday benefited from an early start, as the day would grow hot and humid. Alliance Française of Greenwich, which is approaching its 100th anniversary in 2018, was represented by its co-presidents Renée Ketcham and Gail Covney.

The co-presidents welcomed special guests including Mr. Yann Yochum, Deputy Consul of the French Consulate in New York, Mr. Jean Lachaud, President of the American Society of Le Souvenir Français and Colonel Serge Gabriel who is a Life Member of the Washington-Rochambeau Revolutionary Route Association.

Ketchum said the holiday, Bastille Day, refers back to the famous storming of the medieval fortress and prison, the Bastille, in Paris on July 14, 1789, which she described as a pivotal event at the beginning of the French Revolution.  The prison had been a symbol of abuse by the monarchy.

Ketchum  said that in the late 18th century, when 10% of the population in the then nation’s capital of Philadelphia, was French. “Everything French was all the rage and I don’t think that’s changed very much,” she said. “France and the US will always have a special place in our hearts.”

First Selectman Peter Tesei said the ceremony was much more than a flag raising, but represented a chance to foster understanding between two countries, create harmony, knowledge and understanding.

Afterward, the crowd moved inside Town Hall for a lovely breakfast, a traditional petit déjeuner du 14 Juillet, thanks to Aux Délices and Le Pain Quotidien. 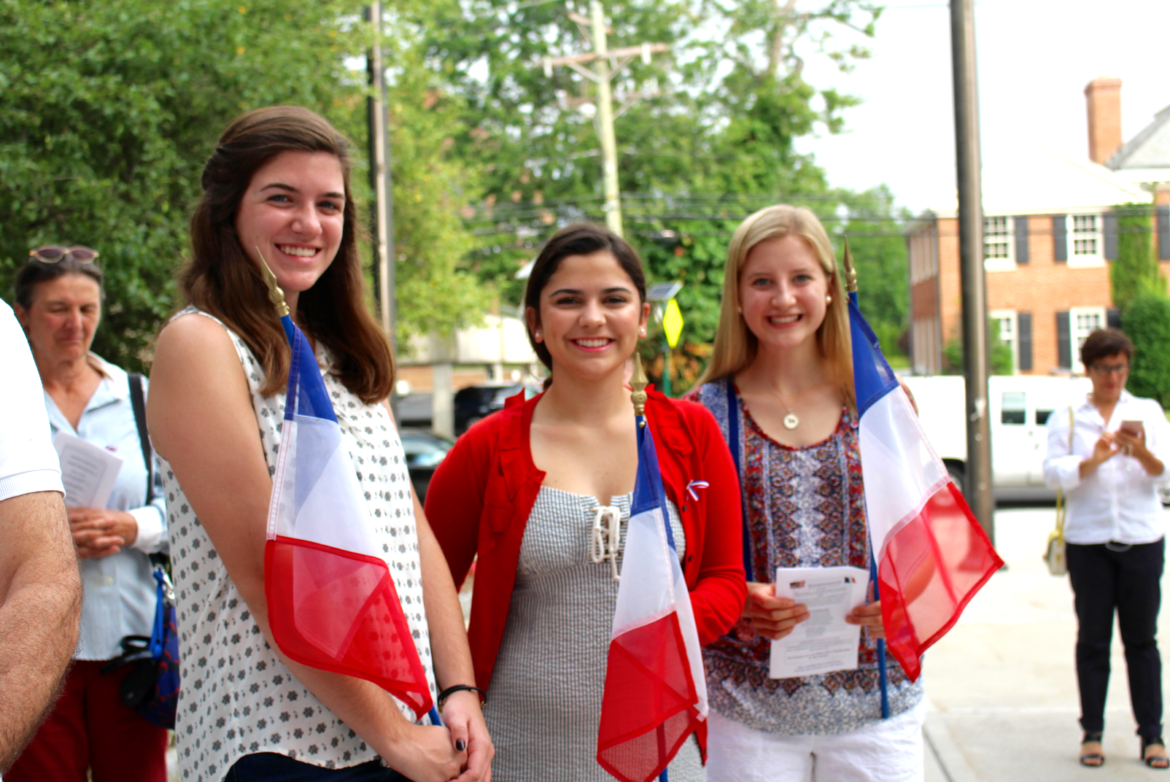 Greenwich Free Press interns Elizabeth Budinoff and Sadie Smith, with Katie Callaghan. Sadie and Katie are taking French Immersion class at Alliance Française this summer and were asked to hoist the French flag by their teacher. Credit: Leslie Yager 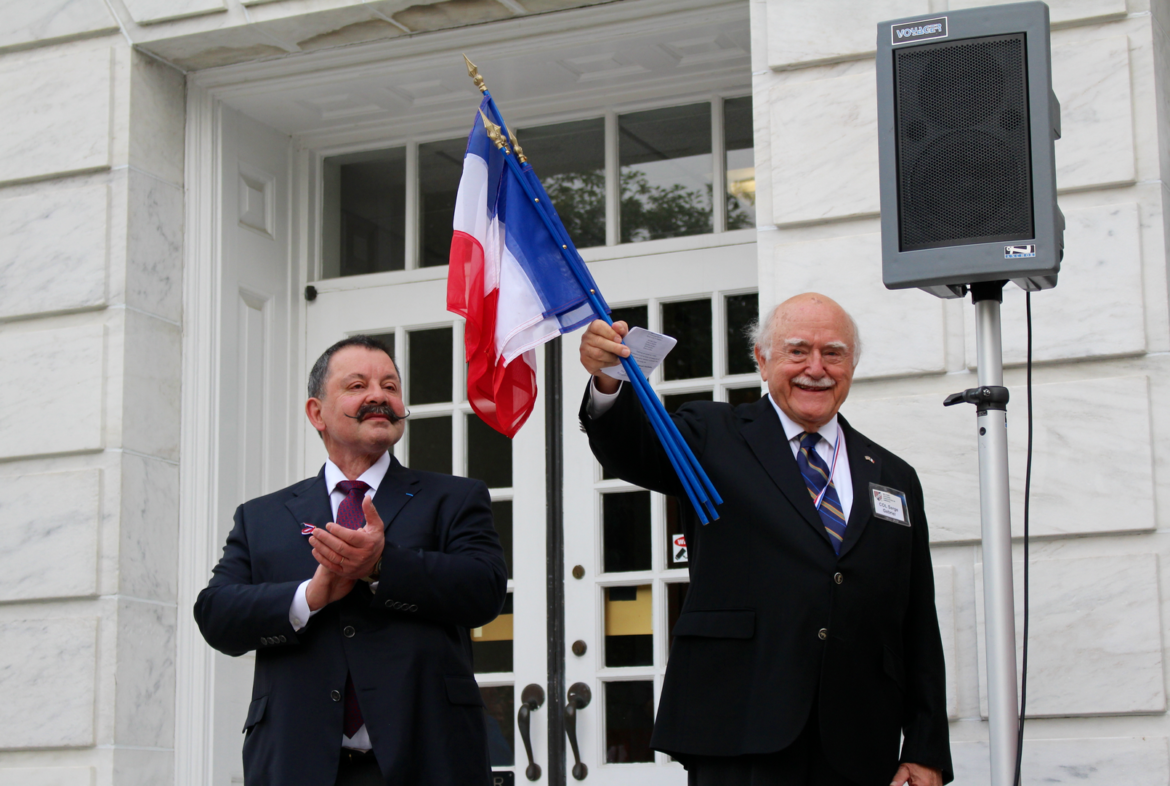 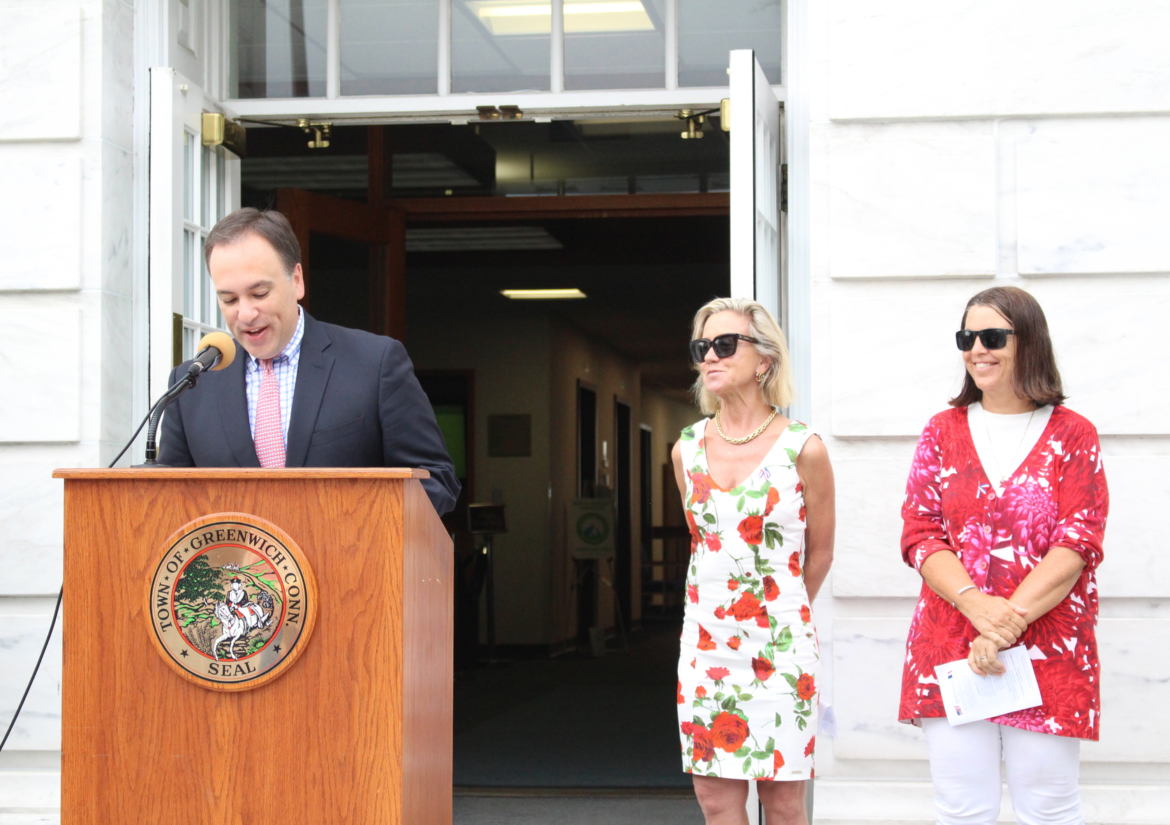 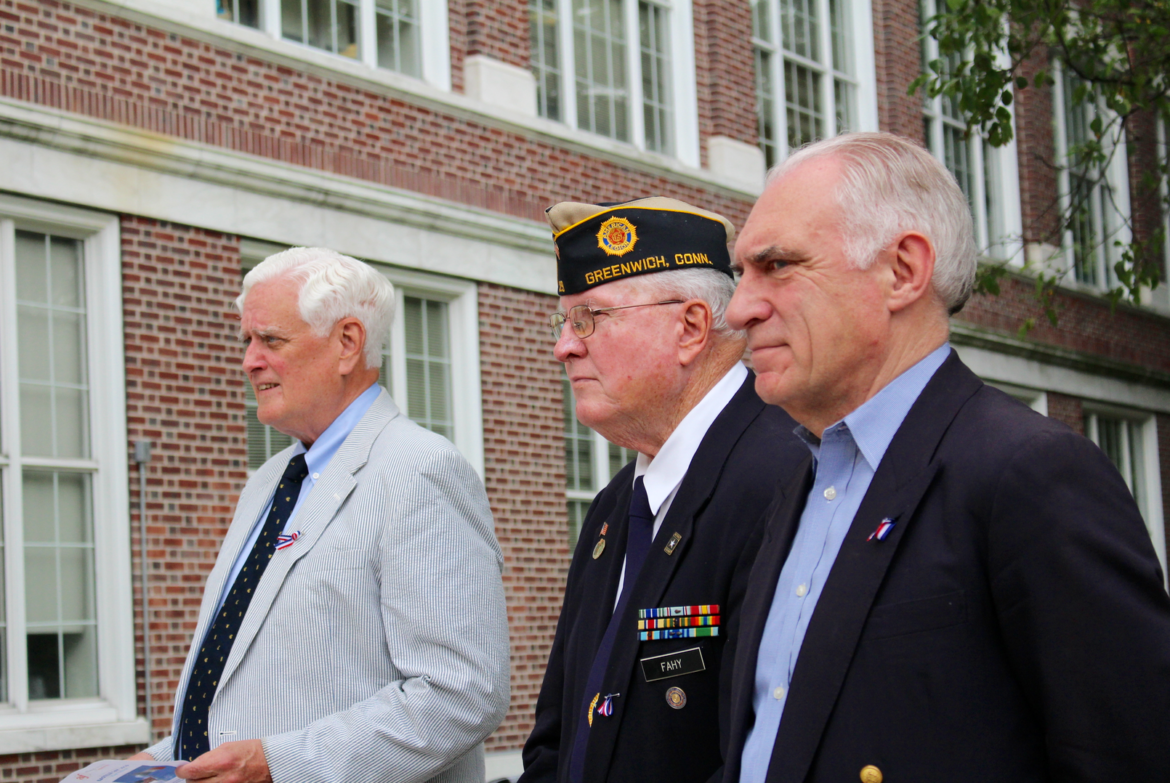 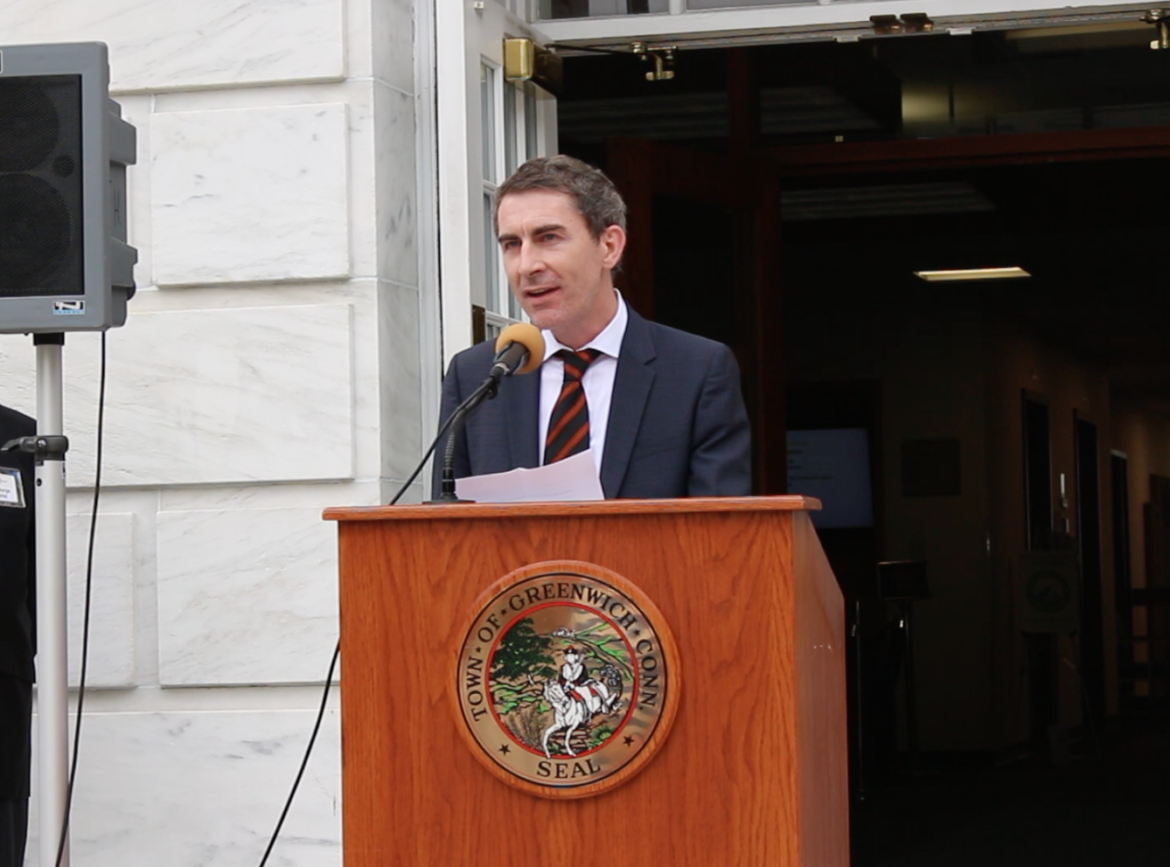 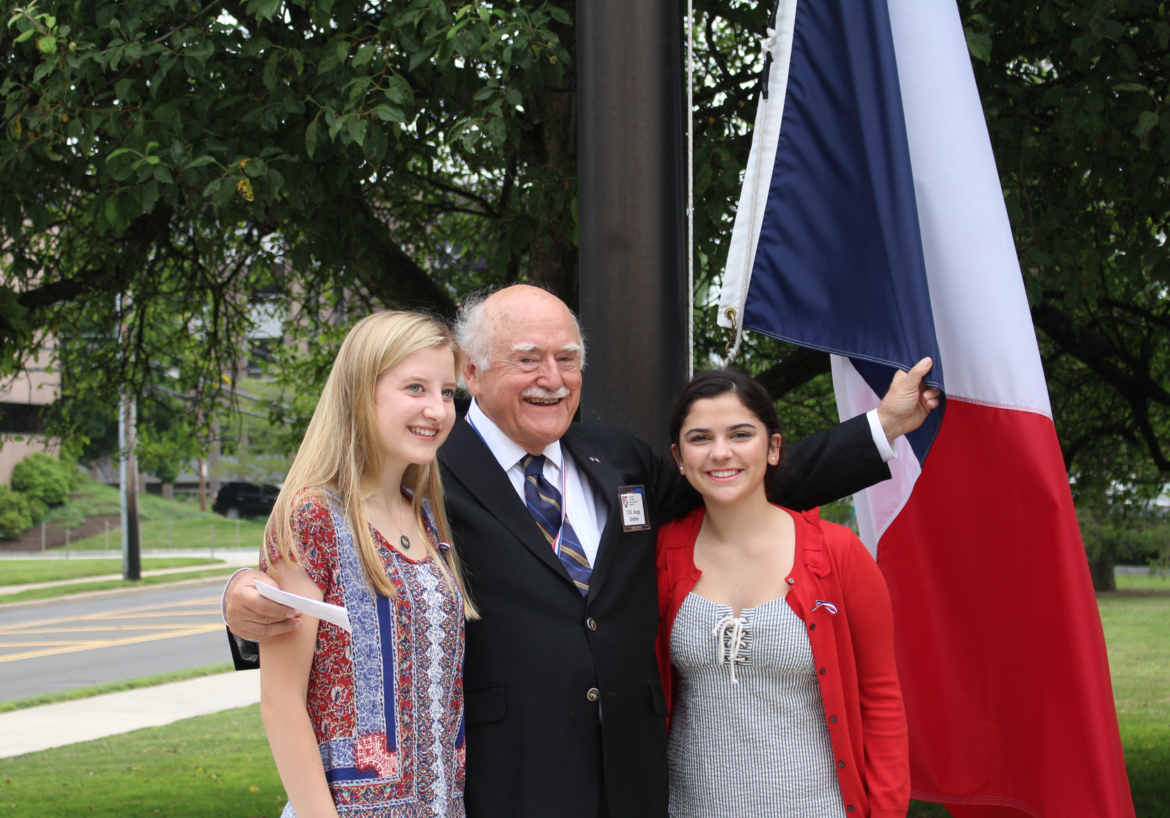 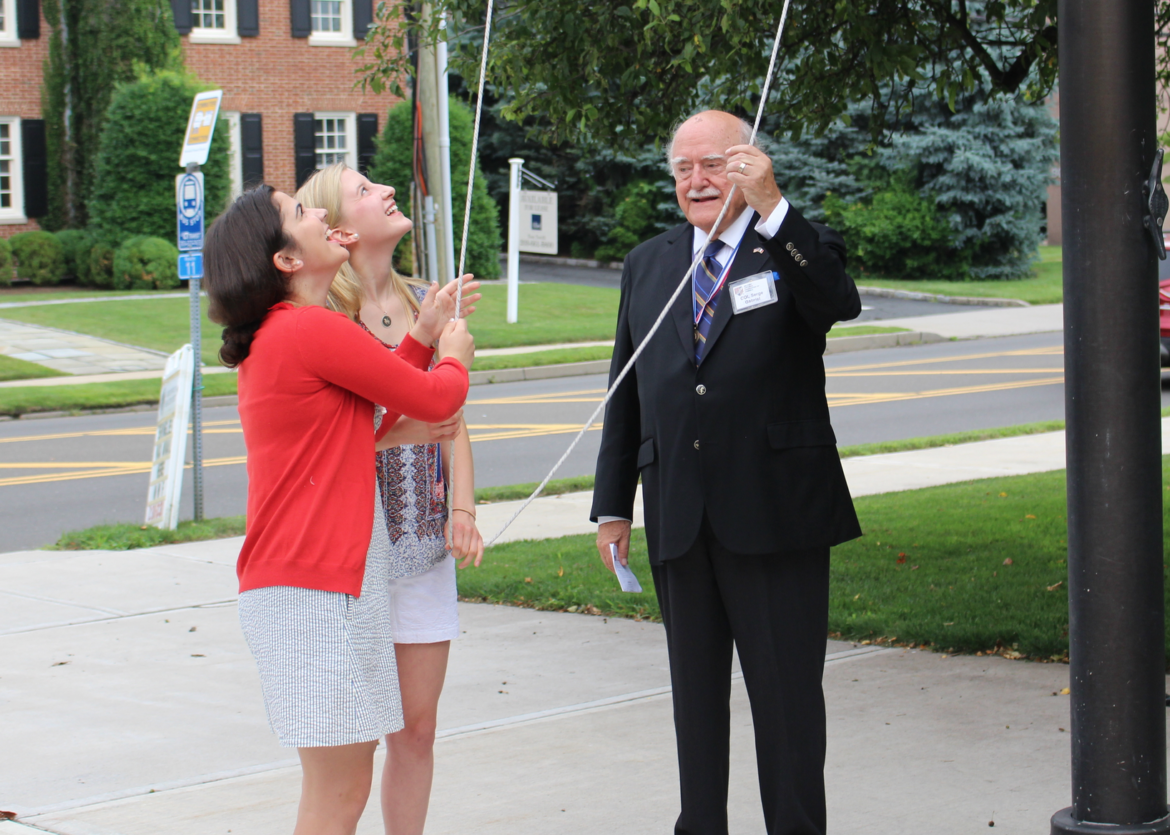 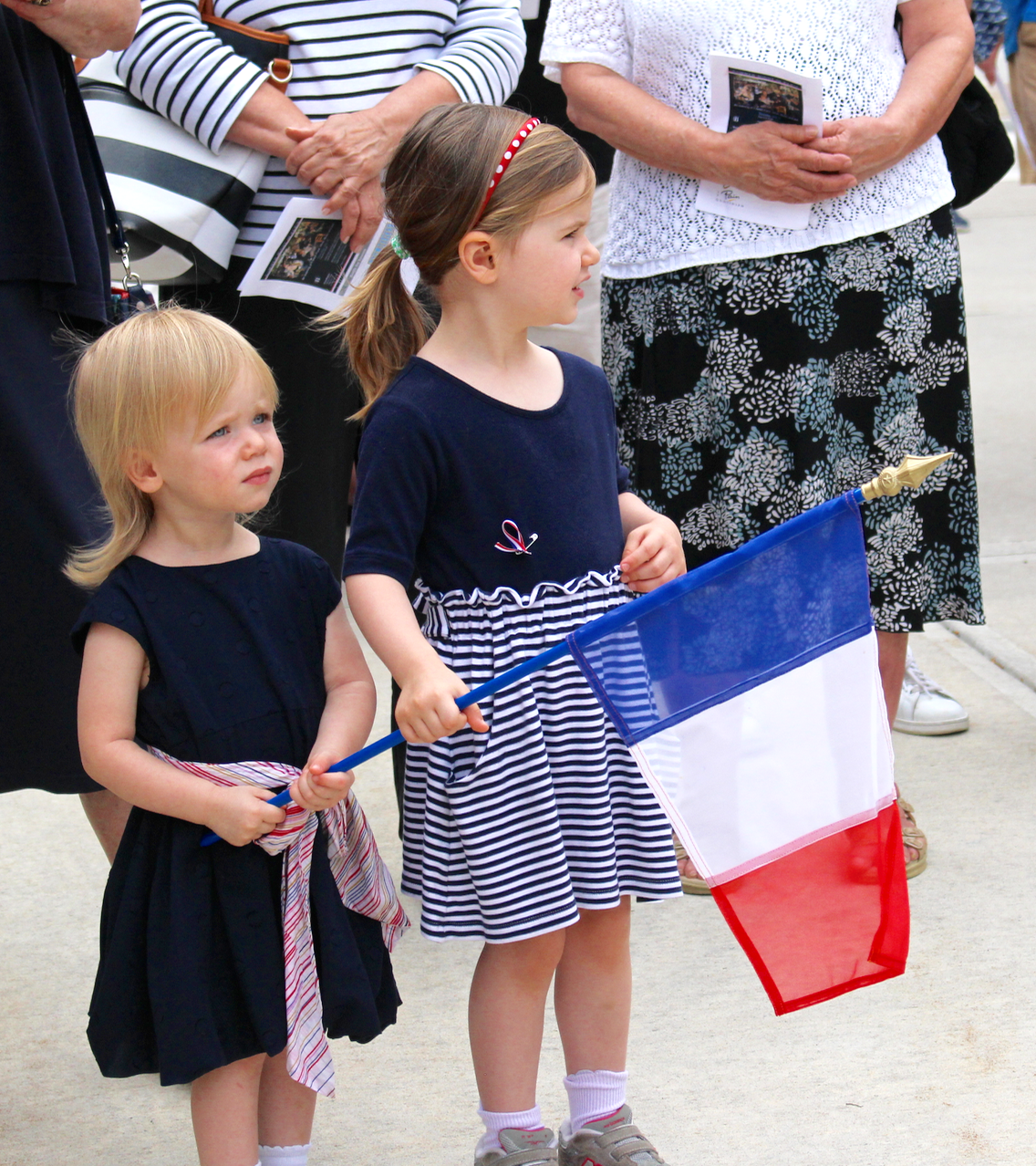