Students, staff and families at Parkway School gathered on Thursday morning for what would be an incredibly simple, yet moving ceremony involving the tradition of setting “the white table” for one.

The tradition is a real one, and is outlined in a book by Margot Theis Raven called America’s White Table. Parkway’s Media Specialist Mrs. Lea Attanasio had the idea to act out pieces of the book.

As part of the Veteran’s Day celebrations held at Parkway School, part of the ceremony included four 4th and 5th grade students setting the white table.

This tradition honors veterans who have served and fought for the United States over its history, but particularly prisoners of war, and those who have gone missing in the line of duty.

The table was adorned by the assembled children with several objects, each of which symbolized the emotions and sacrifices of these veterans and their families. These included:

-The table itself, which was purposely small so as to represent a lone soldier’s battle against many
-A black napkin, which symbolizes the sorrow of captivity
-An upturned glass, to represent the meal that will not be eaten
-A white candle, for peace
-A red rose in a vase with a red ribbon, to represent hope that POWs and those MIA will someday return to their families
-A white tablecloth, to represent the pure heart of a soldier who answers the call
-Finally, a lemon slice and grains of salt, to represent the bitterness and tears of the families waiting for their loved ones to return home

Each of these was explained by the child who then placed it on the table.

After this ceremony, the assembled students were directed to sing a rendition of God Bless America. Students returned to class while veterans enjoyed a breakfast in the Parkway Café. 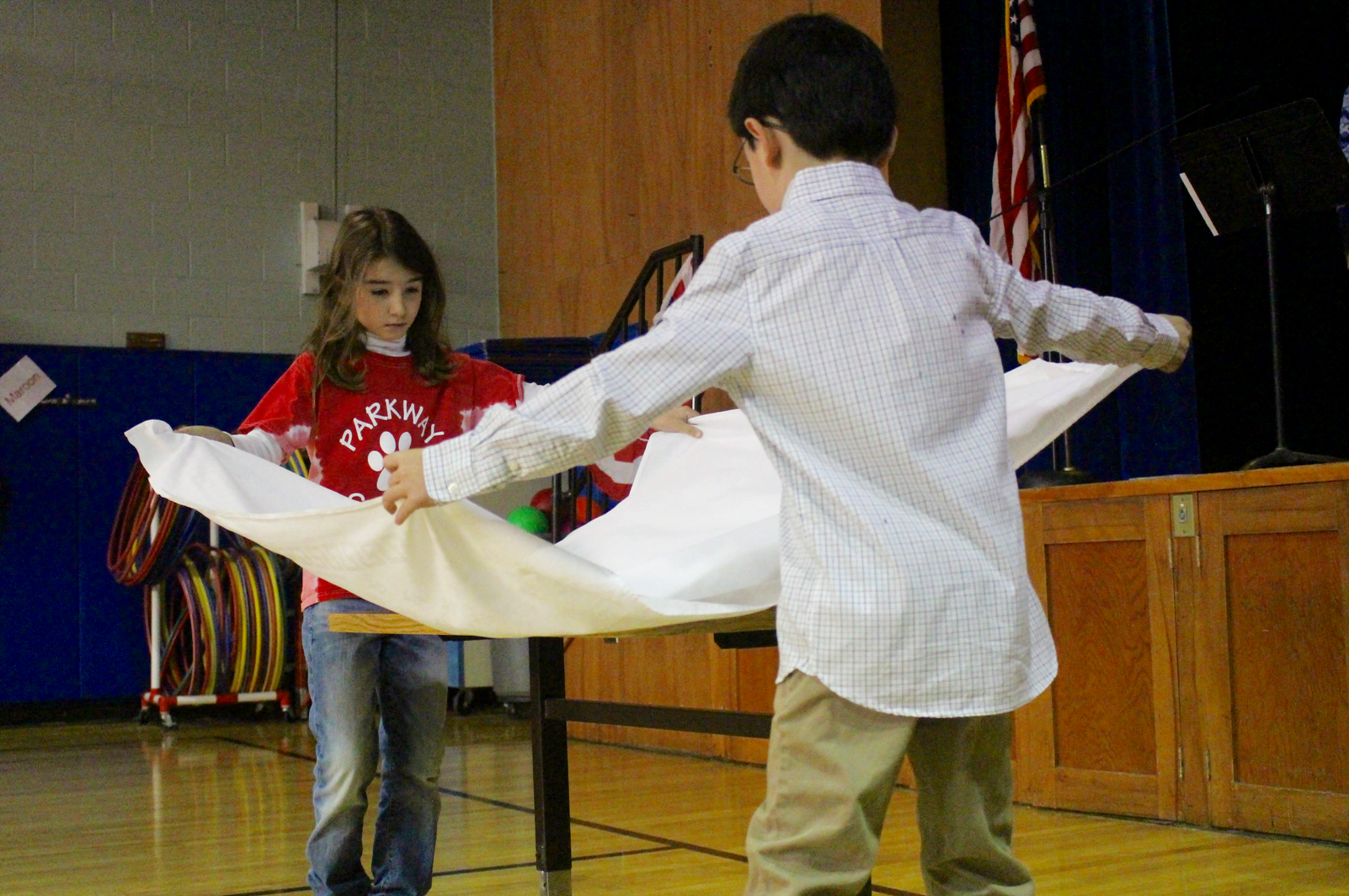 Parkway students set “the white table” in honor of the tradition initiated during the time of the Vietnam War. It was a symbol for an remembrance to service members held prisoner of war of missing in action. Nov 9, 2017 Photo: Leslie Yager 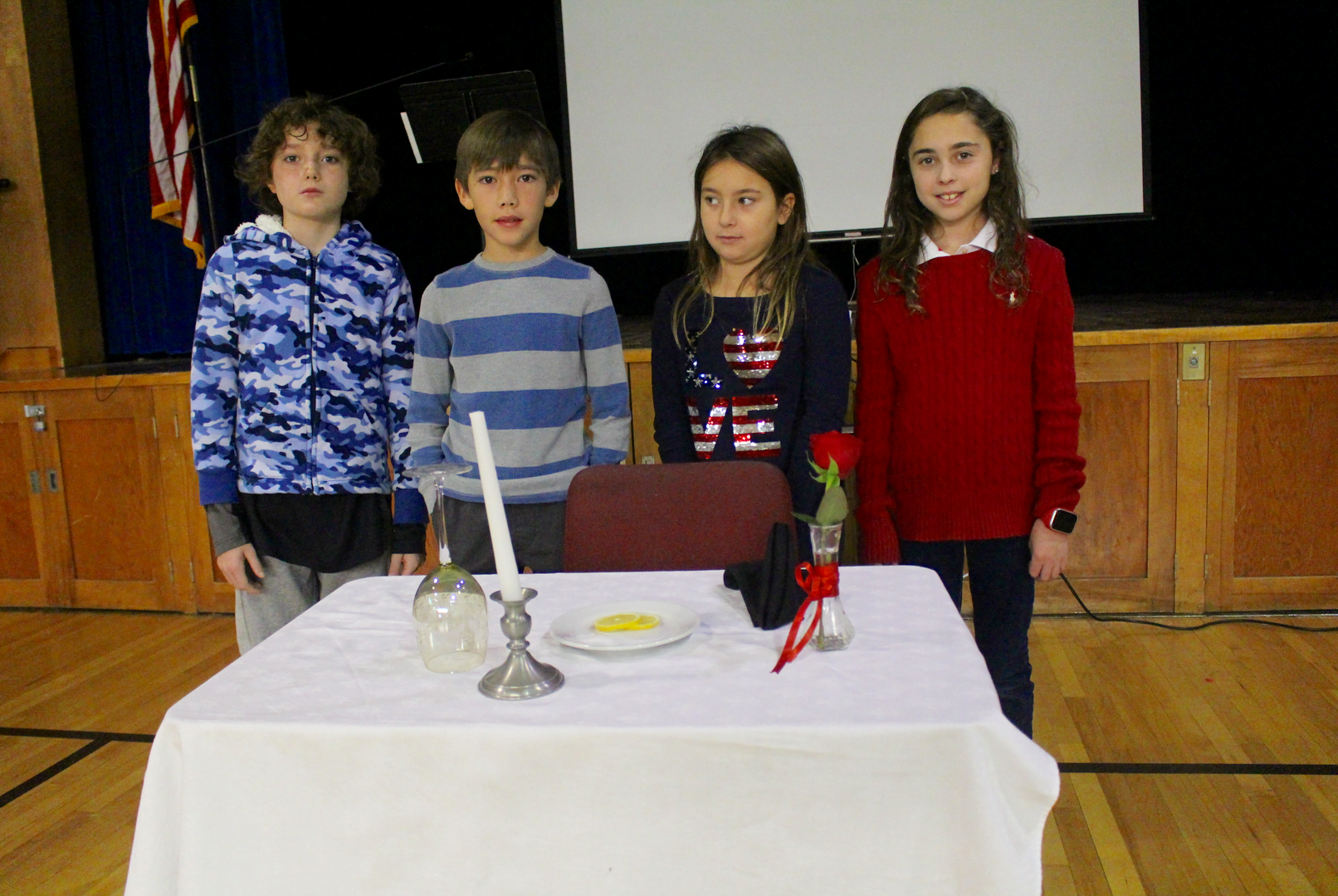 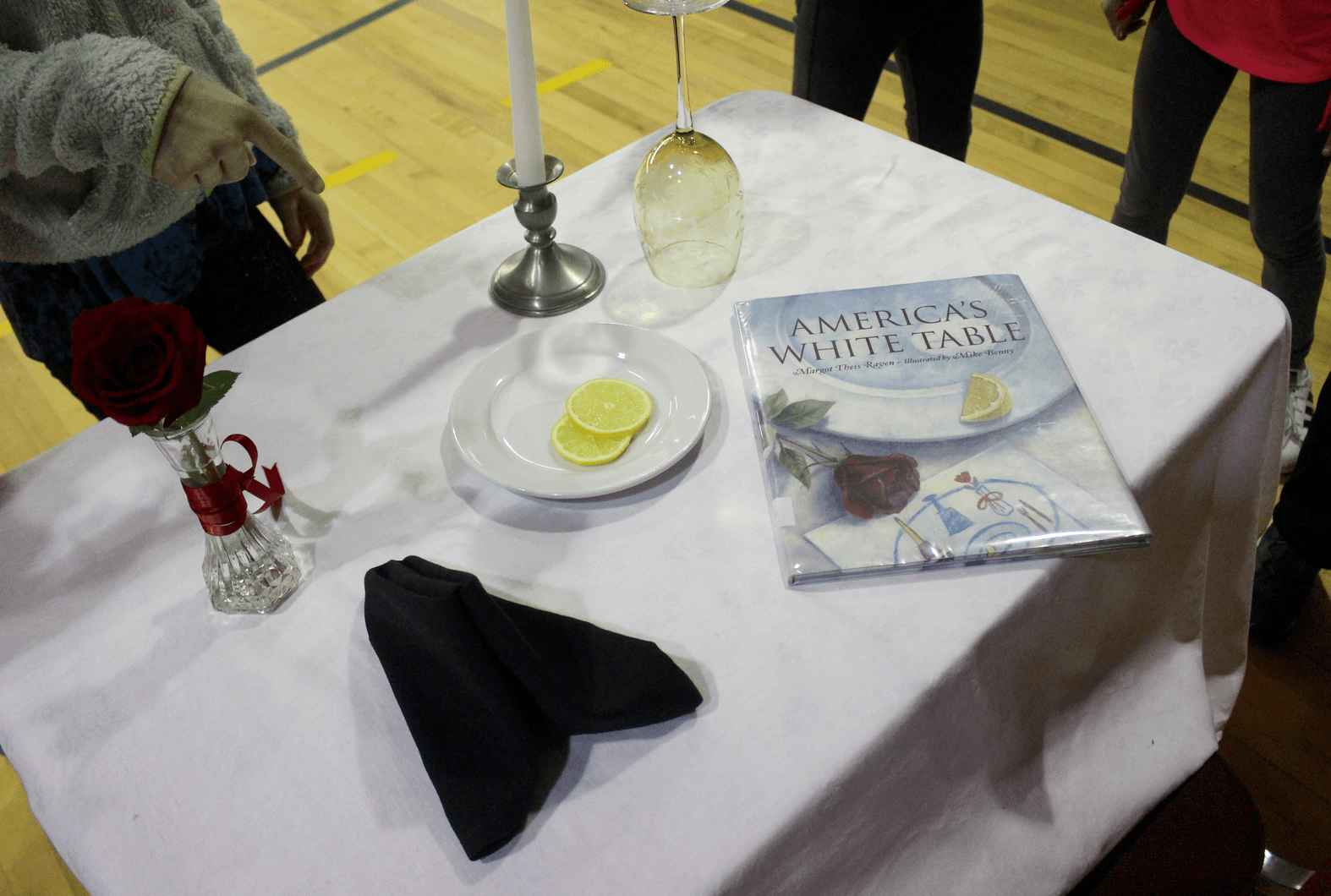 The White Table was set during a ceremony at Parkway School for Veterans Day event, Nov 9, 2017 photo: Leslie Yager 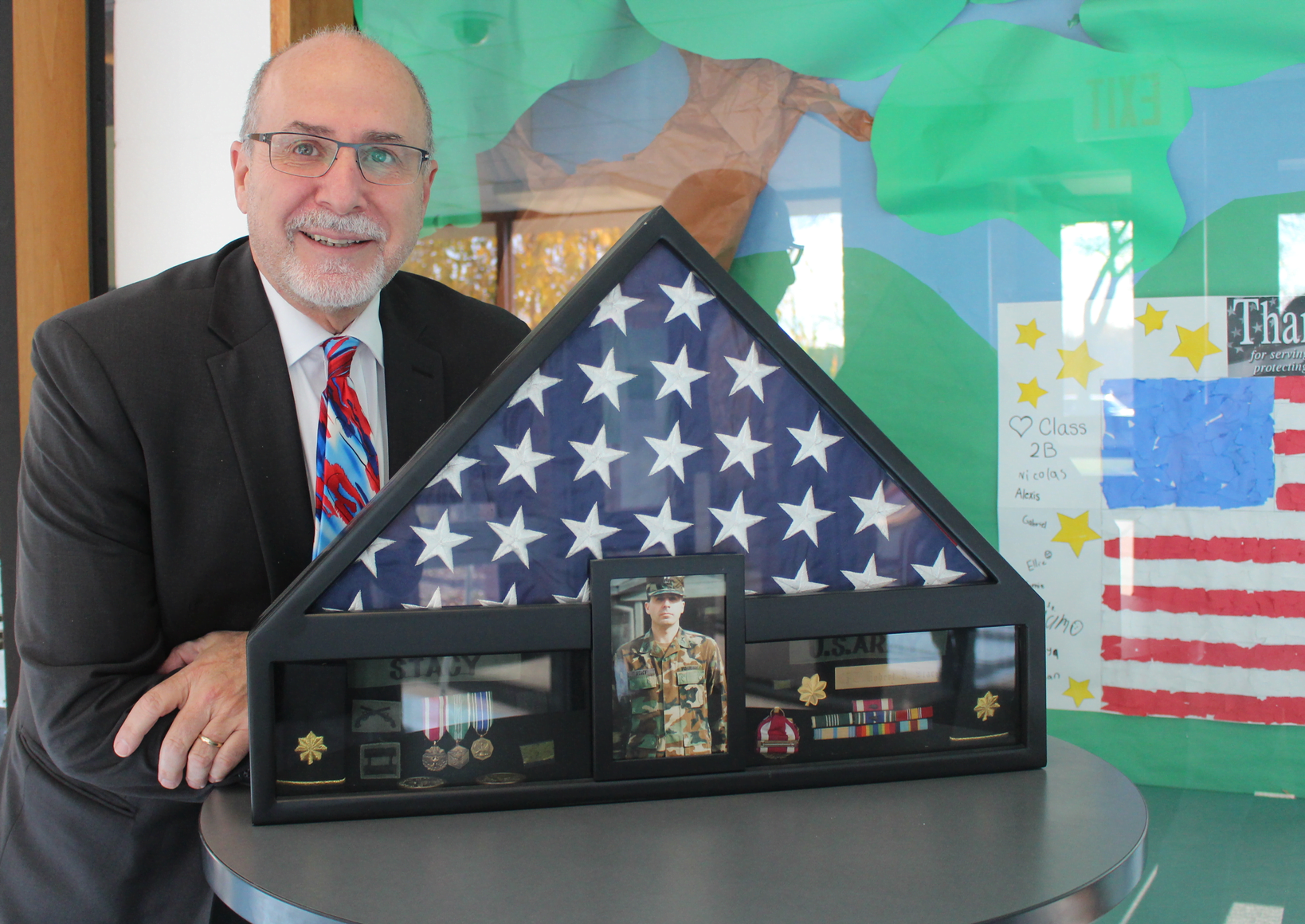 Greenwich Schools human resources director Bob Stacy with a display his daughter made in honor of his service in the US Army from 1983-1992. Mr. Stacy served four years in Korea during peace time. Photo: Leslie Yager 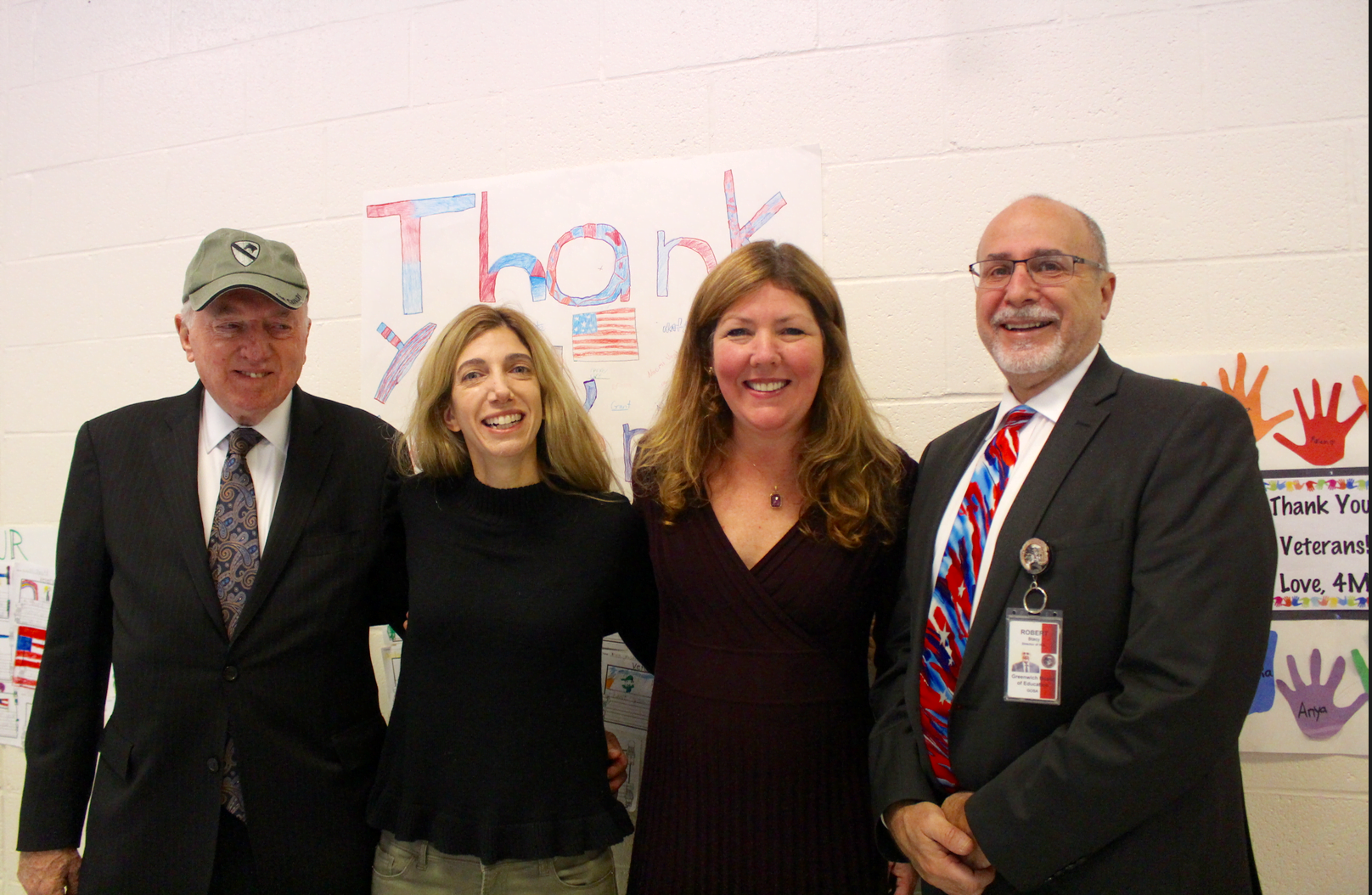 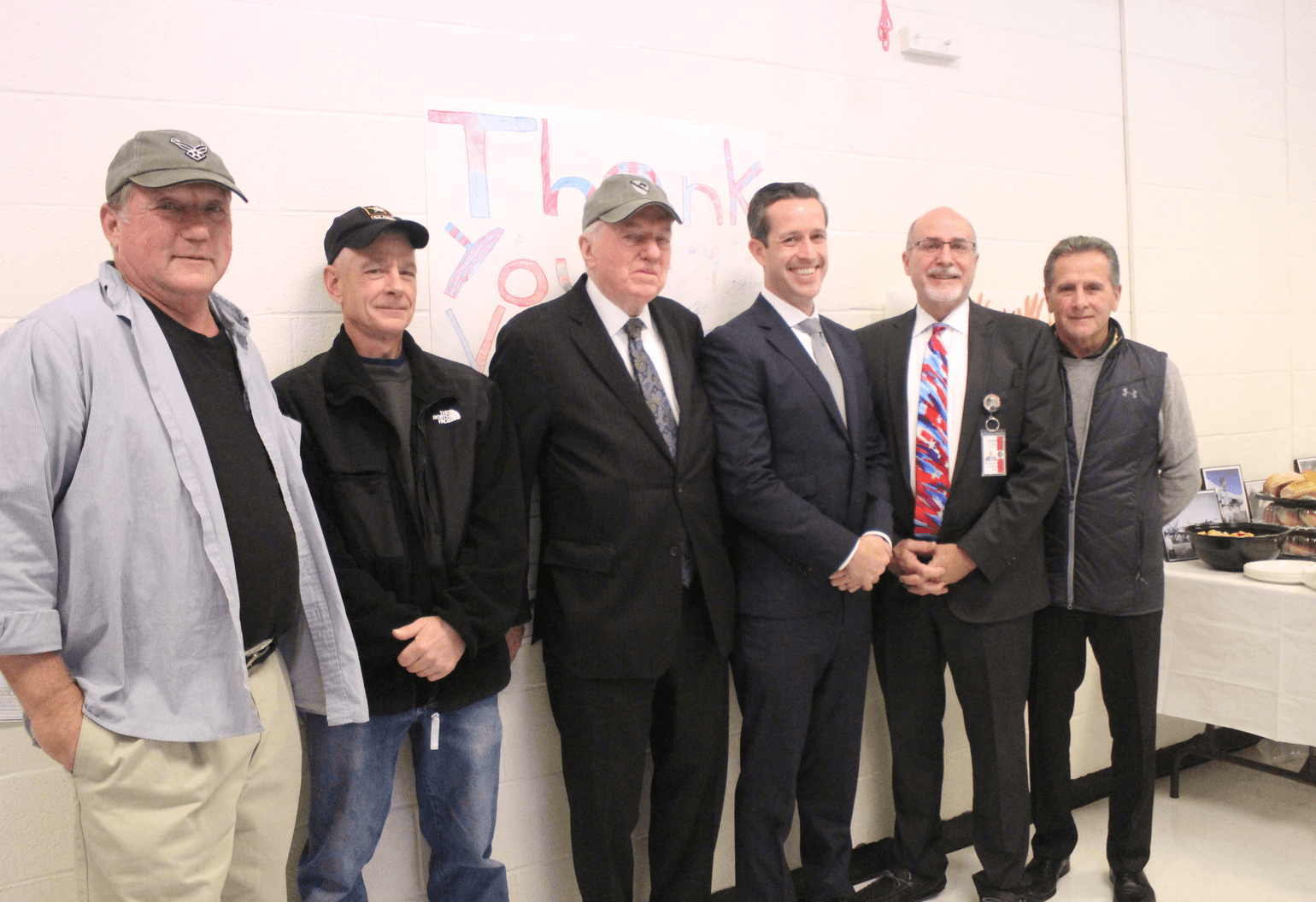 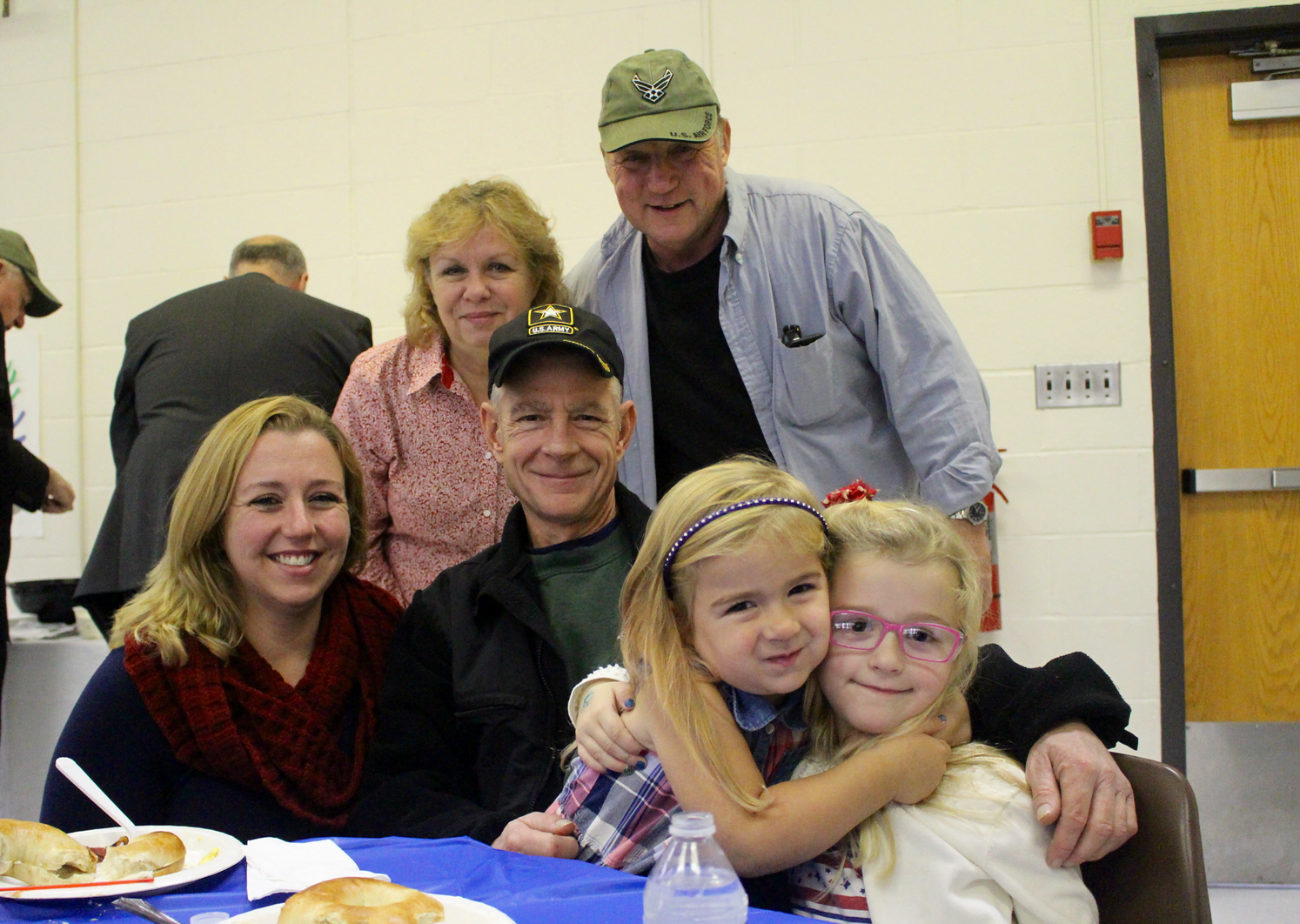 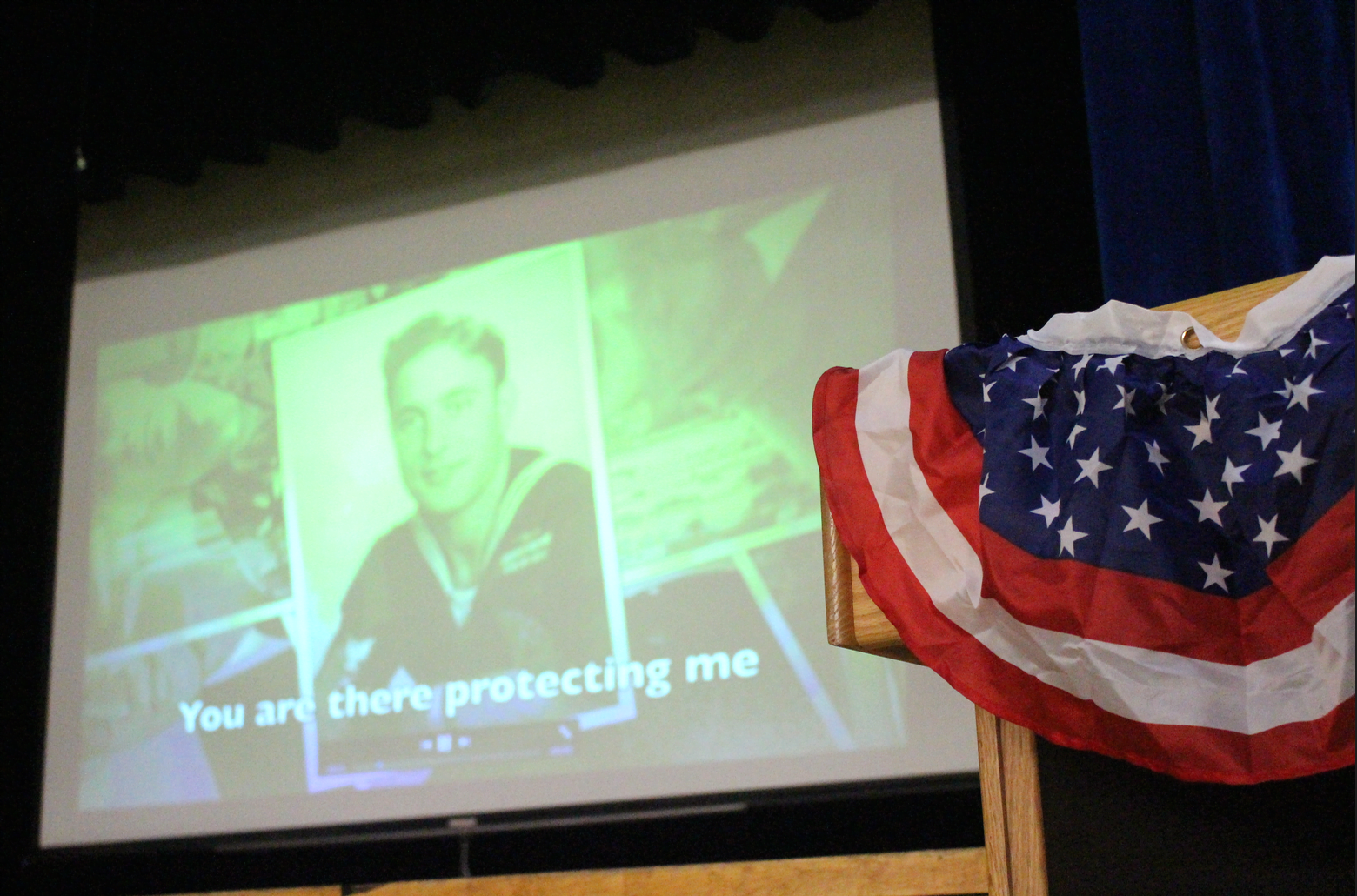 The Veterans Day ceremonies at Parkway School included a slide show of dozens of veterans who are part of the Parkway “family” of students and staff. Nov 9, 2017 Photo: Leslie Yager