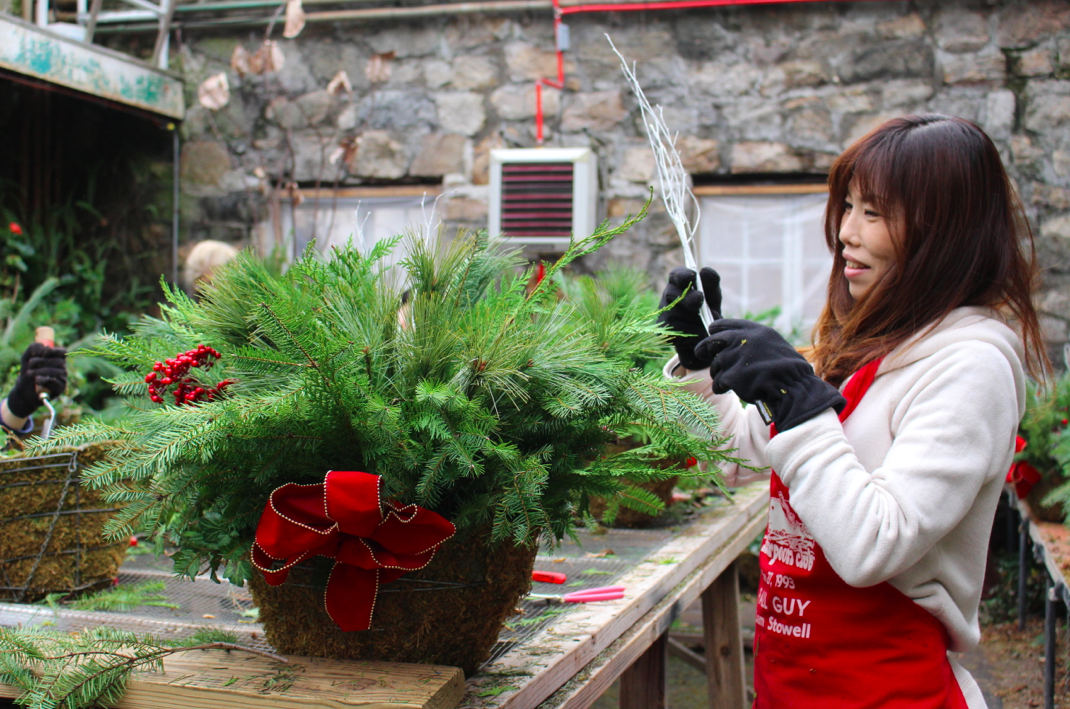 Tuesday at the Garden Education Center the century old greenhouse was replete with the aroma of evergreens as a group of volunteers assembled massive holiday hanging baskets that will soon be spotted on Greenwich Avenue. 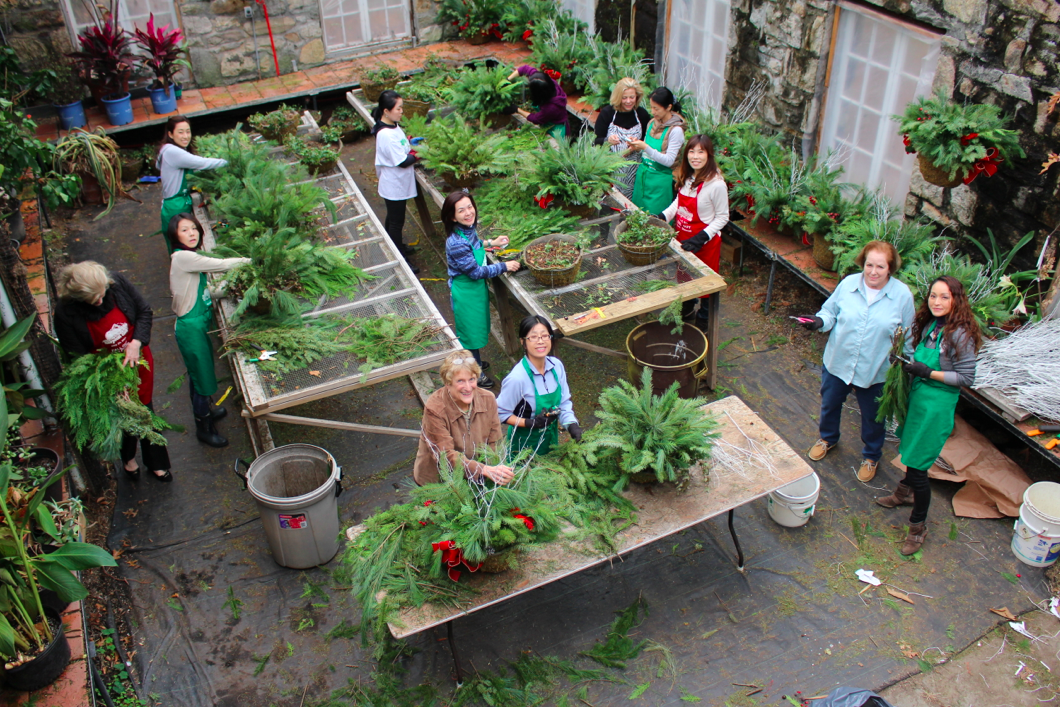 Mary Hull, the director of Greenwich Green & Clean worked alongside a room full of volunteers including about a dozen Japanese ex-patriots.

Sachiko Satake said she is part of a group of Japanese wives whose husbands take 3-5 year assignments in the US, and that the group gathers for social events, but enjoy group service projects. In addition to the holiday basket assembly project, Sachiko said the moms have visited The Mews where they gave origami demonstrations and sang to the residents. 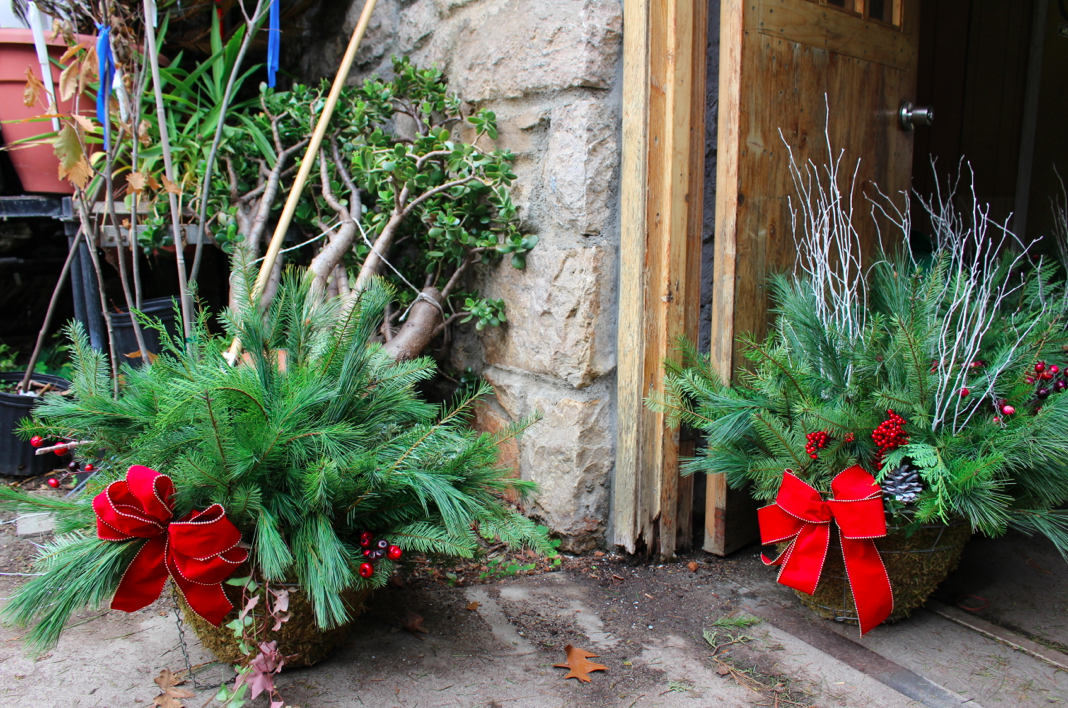 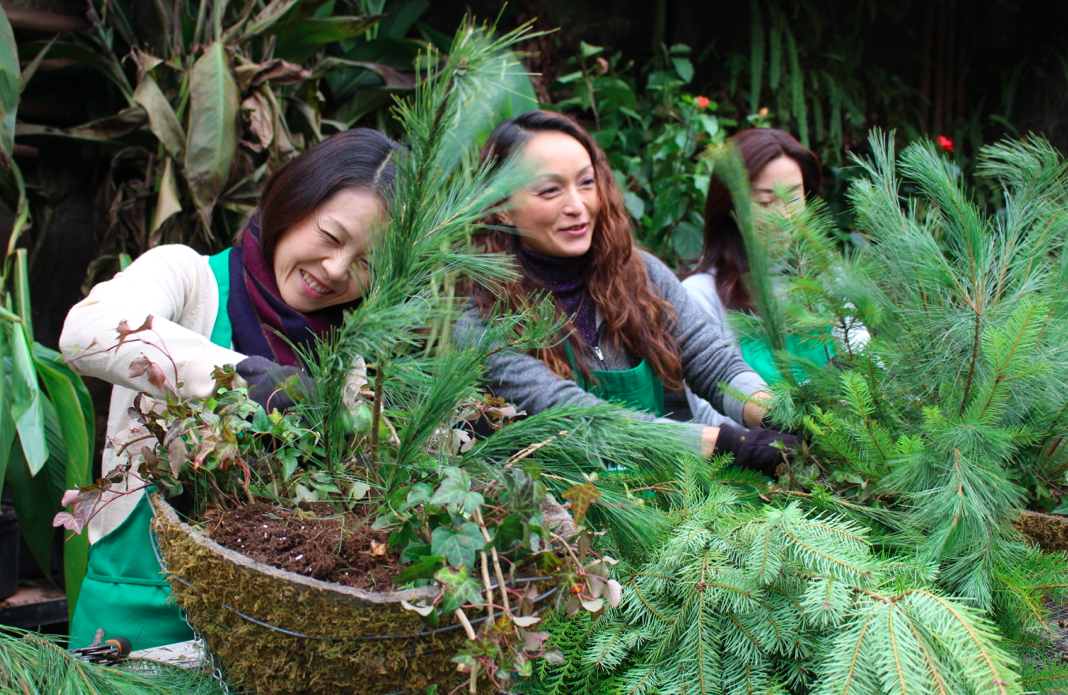 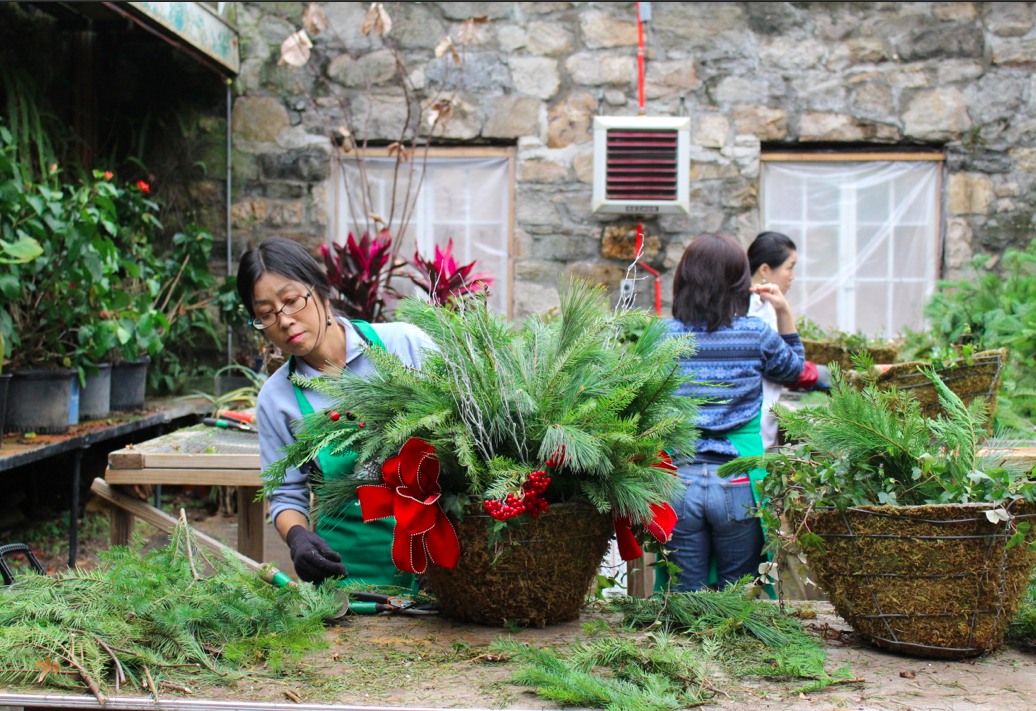 Because living as a guest in a country can be isolating, especially when there is a language barrier, Sachiko said the group of wives helped her settle when she arrived. 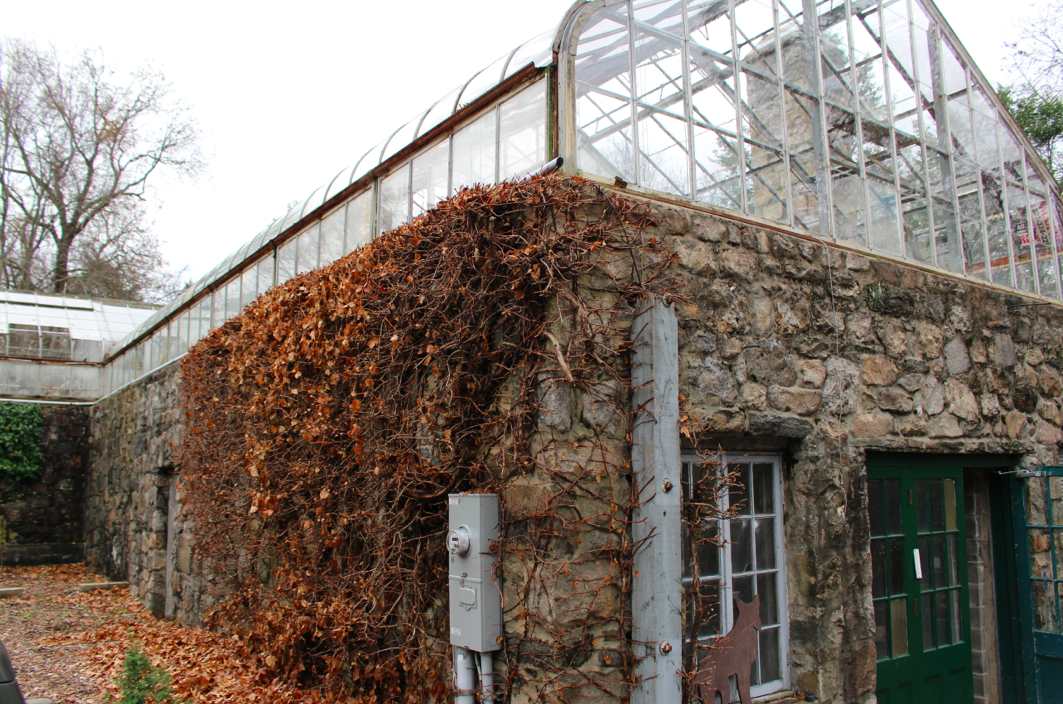 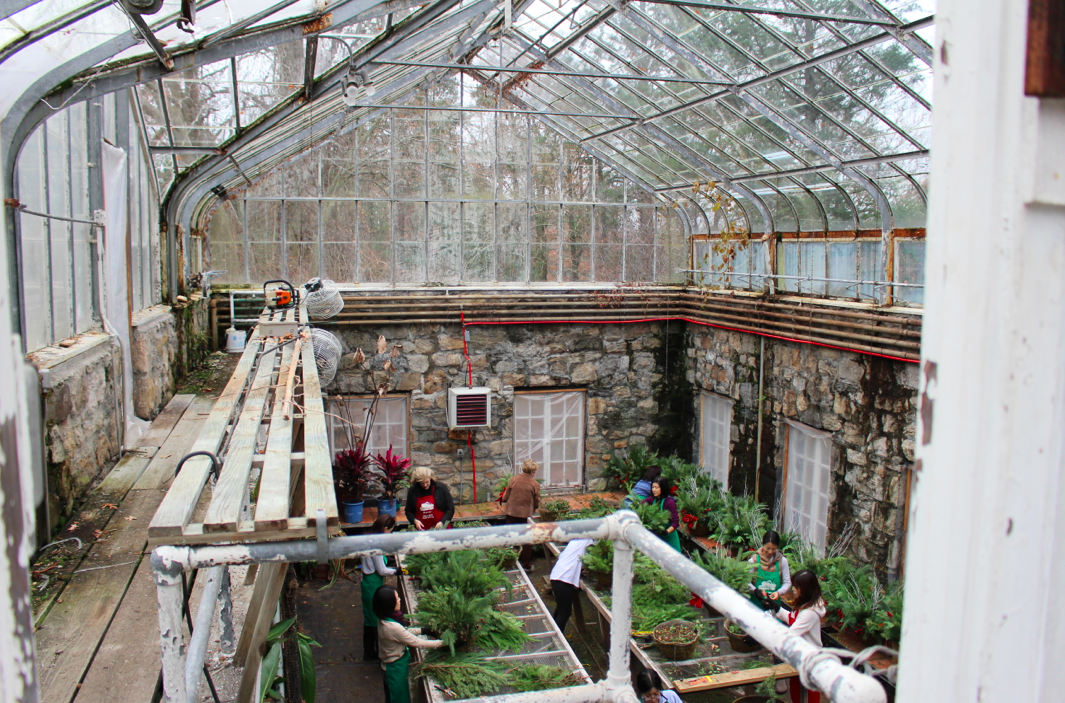 “I was helped, and now it’s my turn to help others,” she said, between translating information in English from Mary Hull to the women in Japanese.

Sachiko said the group likes to partner with local non-profits for service projects or visits. The origami and singing, like the basket assembly, are perfect because not all the Japanese women speak English. In September the group participates in the Greenwich Point clean up.

“These women are very talented,” said Mary Hull, director of Green & Clean. If anyone has an idea for a project and would like to connect with Sachiko and the group of Japanese women, contact [email protected] and the editor will connect you.