Beachcombers, sunbathers and boaters along the Connecticut shoreline this July 4th holiday are urged to respect the fencing and yellow warning signs that have been placed along beaches where piping plovers and least terns nest and at off-shore heron and egret nesting areas.

Over the July 4th holiday, the DEP is urging beach visitors NOT to set off fireworks near or toward any bird nesting areas.

Fireworks will frighten the adult birds away from their nests, leaving the eggs or young vulnerable.

Beach visitors also are being asked not to fly kites, particularly ones that make noise, near shorebird nesting and feeding areas. The kites are perceived by the birds as predators, which frighten them away from nests and feeding areas.

“Shorebirds and wading birds need special protection throughout their April to August nesting season and especially when there is increased beach activity during summer,” said Gina McCarthy, DEP Commissioner.

Each year along Connecticut’s beaches, the DEP Wildlife Division ropes off or fences plover and tern nesting sites to prevent human disturbance which may cause nest abandonment or the loss of eggs and chicks. The piping plover, a small, sandy-colored shorebird about the size of a sparrow, is a threatened species under both the federal and state Endangered Species Acts. The small, gull-like least tern nests in colonies in the same beach habitat as piping plovers, and is also classified as a state threatened species.

Both piping plovers and least terns use only a shallow depression in the sand for a nest. Their sand-colored eggs and young are so well camouflaged that they are easily stepped on. When intruders approach, young piping plovers are likely to stand motionless while the adult tries to attract attention by pretending to have a broken wing or flying around the intruder.

“If you witness this, move away from the area at once,” advised Julie Victoria, a DEP Wildlife Division biologist. “Further disturbance may cause the adults to leave the nest, subjecting eggs and young to possible death by exposure to the elements or by predation.”

“Historically, piping plovers and least terns have been declining due to the loss of beach habitat to residential and recreational development,” Victoria said. In Connecticut, there are approximately 30 pairs of piping plovers in 10 locations and about 150 pairs of least terns.

Herons and egrets are also state-listed species. They nest on islands in Long Island Sound and are also extremely sensitive to disturbance when nesting.

Disturbance of their nesting areas can lead to death of the chicks and abandonment of the entire colony by the adult birds. Unlike plovers and terns, young herons and egrets remain in their nests until they are ready to fly. If the adults are scared away from the nest, the chicks are exposed to predators and rapid heating or chilling, and may risk falling from the nest. 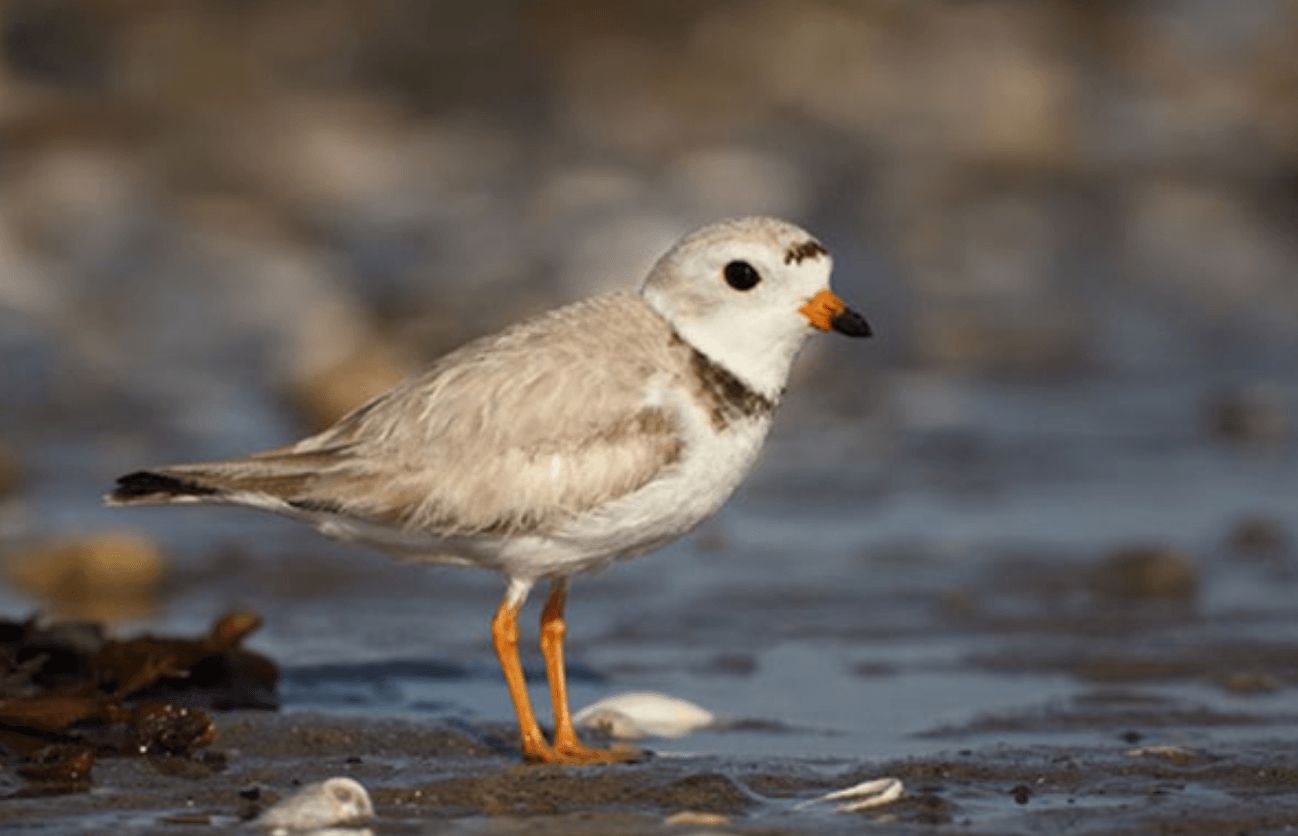 Piping plovers need special protection throughout their nesting season and especially during the increased beach activity over the long Memorial Day weekend. By obeying the posted signs and staying away from fenced areas, beach visitors can avoid disturbing the nesting birds. PHOTO: DEP

“In most cases, when immature birds are found alone, the adults have been frightened away but remain nearby and will return to their young once the intruder leaves,” Victoria said.

It is illegal to hold wildlife for rehabilitation without proper state or federal permits. In addition, shorebirds have a unique diet that people would find hard to duplicate, probably resulting in starvation of the young bird.

Any violations affecting wildlife should be reported to the DEP’s 24-hour, toll-free hot line: 1-800-842-HELP.