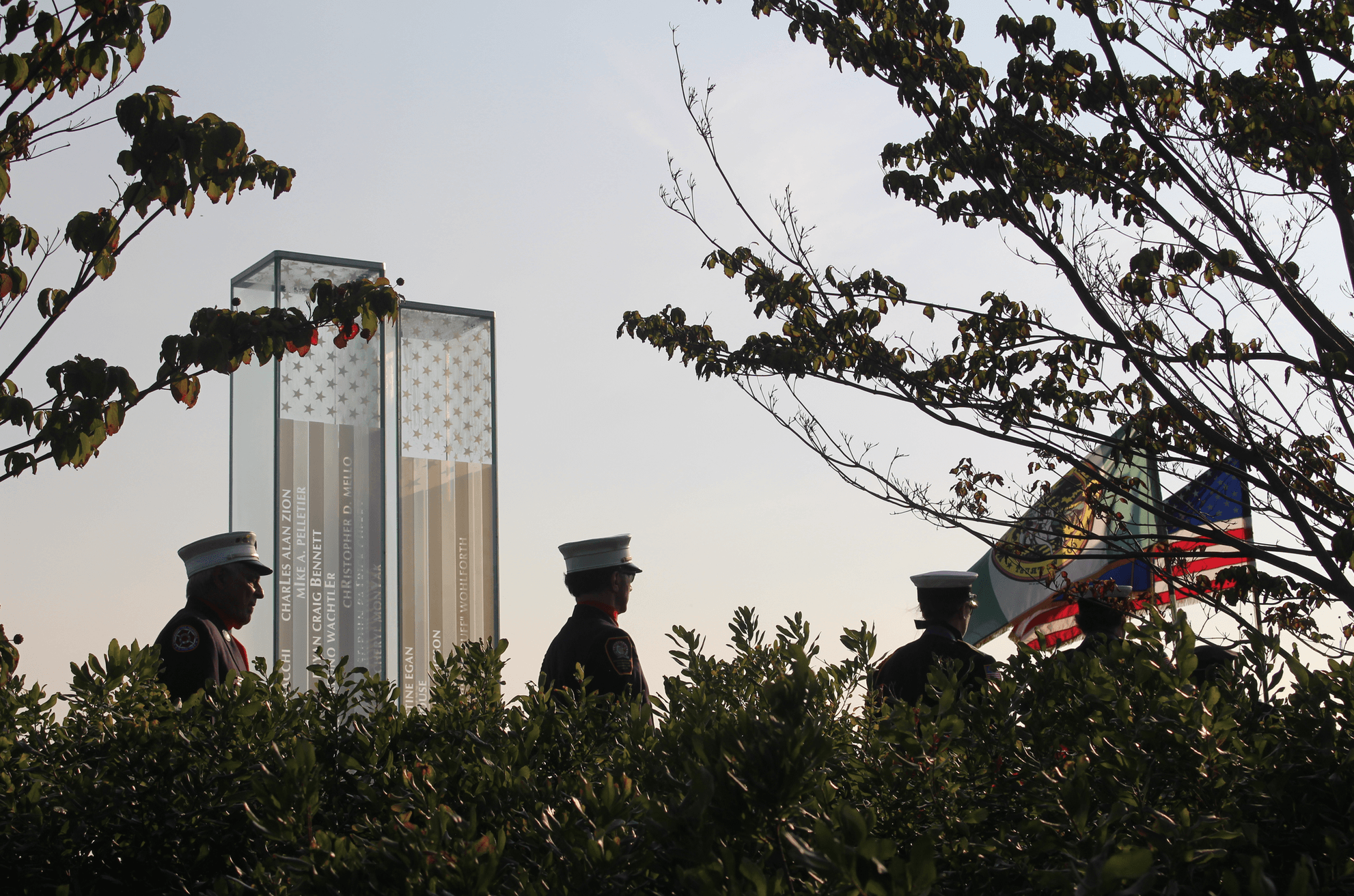 UPDATE: Sept 10, 6:30pm. Tuesday’s event is rain or shine and there will be a large tent to accommodate everyone. Give yourself extra time to find parking. Otherwise, the timing of the program is unchanged, starting at 6:00pm.

Original Story: The September 11th Memorial Greenwich will host a 9-11 remembrance ceremony on Tuesday, September 11, from 6:00-7:00pm at the memorial site in Cos Cob Park.

The ceremony will include remarks by a 9-11 First Responder, GHS Graduate and current FDNY Battalion Chief, Joseph McHugh.

In attendance will also be elected officials from Greenwich and the State of Connecticut.

Members of the community’s first responder’s organizations; Greenwich Police, Fire and Emergency Medical Service departments, will present the colors with an Honor Guard. Members of the Boys and Girls Club of Greenwich, Greenwich Boy Scouts and the GEMS Explorer Post will also assist in the ceremony.

A gathering of over 200 people is expected to attend the annual ceremony and pay tribute to those who were lost. This year, reading the names of the deceased and ringing a bell for each victim, will be family members of Teddy Maloney, who was killed in the attacks.

Participating in the ceremony will be local elected officials, religious leaders, members of veteran’s organizations and career and volunteer first responders.

Additionally, Lt. Jim Bonney will play the bagpipes, Leila Kharem will sing the National Anthem with music by Neil Spritzer and Pablo Mayor. Closing out the ceremony will be bugle player, Chris Fiore and retreat of the colors. All are welcomed to join.

Also, on September 11, there will be a memorial ceremony at the Glenville Fire House from 7:30pm to 8:00pm.