CT Against Gun Violence (CAGV) enjoyed a record turnout for its 10th Annual Benefit Luncheon at the Greenwich Country Club.

The substantial increase in attendance seen in 2013 following the tragic Sandy Hook Elementary School shooting has continued to grow year by year.

This year the guest total neared 400, filling the main room of the Club to capacity.

As a key source of financial support for the legislative advocacy and education efforts of CAGV, the fundraiser exceeded previous years’ attendance and fundraising.

Speaking at the benefit were members of the Congressional delegation representing Greenwich, Senator Chris Murphy (D-CT), Congressman Jim Himes (D-4 th District) and on behalf of Senator Richard Blumenthal, his wife Cynthia Blumenthal. Both have been long-time supporters of CAGV, part of the original group that founded the organization some 22 years ago. Blumenthal recalled to the group that it took many years and many votes to pass the federal Brady Background Check bill that mandates screening for firearm sales by federally licensed gun dealers (Connecticut  goes farther, requiring background checks on all sales.)

Blumenthal quoted her husband, saying, “This is not a sprint, it’s a marathon.” 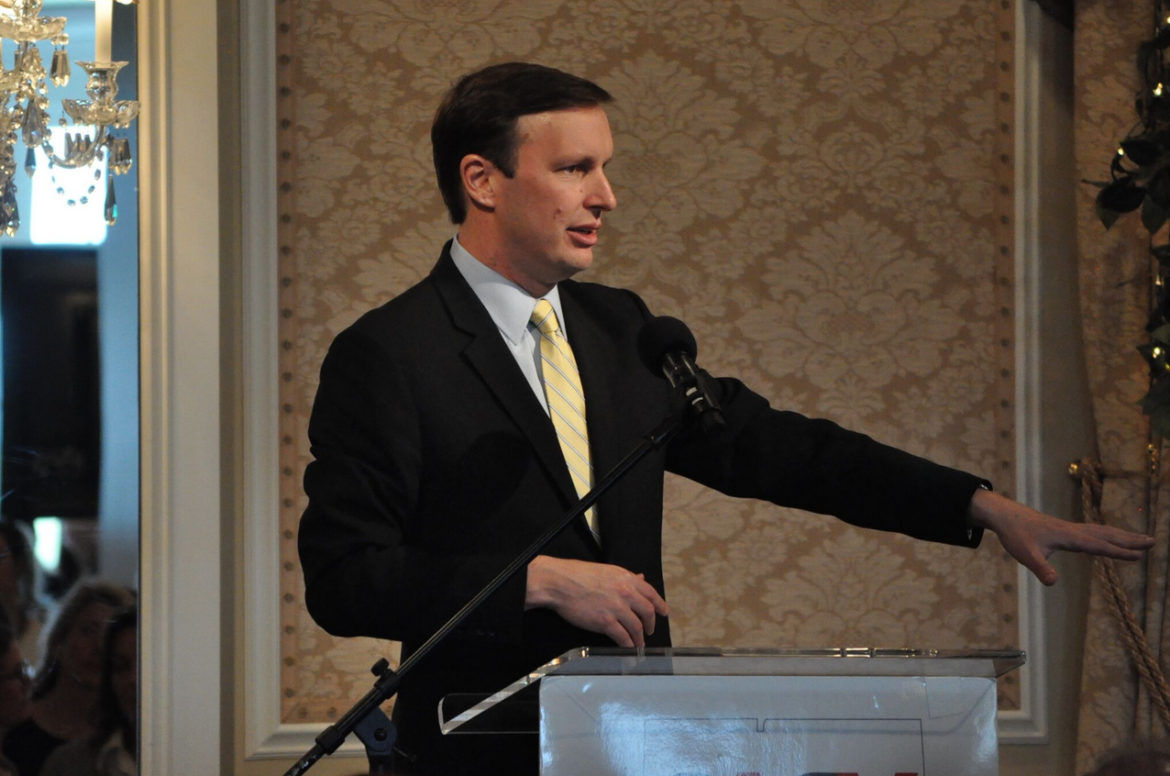 In his introductory remarks Pinciaro noted the overwhelming bipartisan vote earlier in the week for CT bill HB5054 that prohibits domestic abusers subject to temporary restraining orders from possessing firearms. Pinciaro recognized the supporters for their key role in overcoming strong opposition from ardent gun rights legislators in the General Assembly.

“Legislators listen,” Pinciaro said. “Together with other CAGV supporters you sent more than 50,000 emails to CT lawmakers telling them domestic abusers shouldn’t be armed. It worked.”

Keynote speaker for the luncheon was Dr. David Hemenway, Director of the Harvard Injury Control Research Center. Dr. Hemenway is an authority on gun violence, recognized by the Centers for Disease Control as one of the 20 “most influential injury and violence professionals over the past 20 years.” Viewing gun violence—which kills 30,000 Americans every year—as a public health crisis, Dr. Hemenway noted the miniscule amount of government research funding available to measure the efficacy of legislative and social policy, a direct result of the Congressional gag order pushed by the corporate gun lobby. 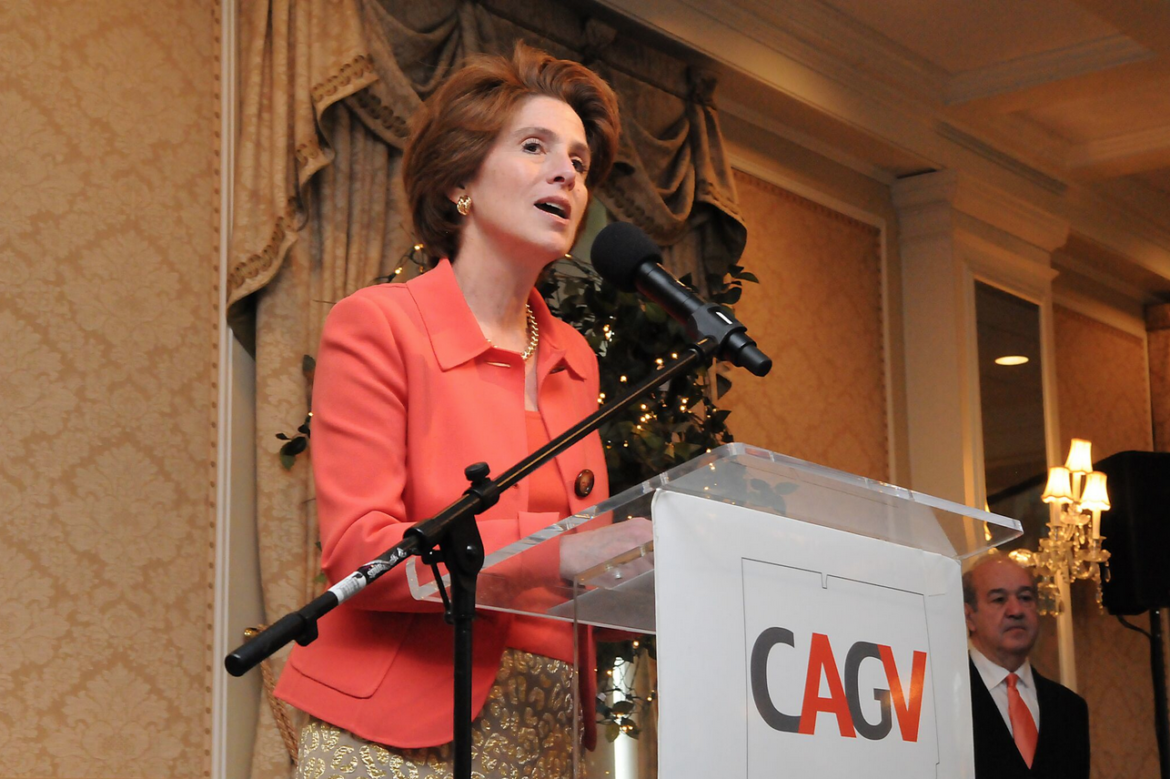 Quoting from the vast number of studies he has conducted, Hemenway debunked NRAclaims about firearms making homes safer. Primarily due to suicide and unintentional shootings by children, the opposite is true.

Luncheon Co-Chair Nicole Heath saw a difference in this year’s gathering, remarking afterwards, “The big difference this year seems to have been that our friends, many parents of younger children, have realized that while our fundraising is critical, it&#39;s not the only thing they can do. I heard so many people saying they felt they made a difference by contacting their state legislators urging them to vote for the bill to better protect victims of domestic abuse from gun violence.”

CAGV continues to see growing support from advocates of gun violence prevention. In
addition to the record-setting benefit attendance, fans of the CAGV Facebook page recently passed the 50,000 mark, more than any statewide gun safety advocacy organization. Along with the very successful legislator outreach campaign (#CT86percent, referencing the proportion of CT voters who believe domestic abusers should not be armed), the Judiciary Committee received a substantial number of written and in-person testimonies from gun safety advocates. Representative William Tong (D-147 th ), Chair of the Joint Committee on the Judiciary, was present at the luncheon to receive thanks from CAGV’s supporters, as were Rep. Caroline Simmons (D-144 th ) and Rep. Jonathan Steinberg (D-136 th ).

A highlight of the event was the presentation of Congressional Certificates of Recognition from Sen. Murphy and Rep. Himes to Sue McCalley. McCalley was a founder of CAGV, and has served on its board since it came into being. McCalley and her husband are relocating out of state to be nearer to family. 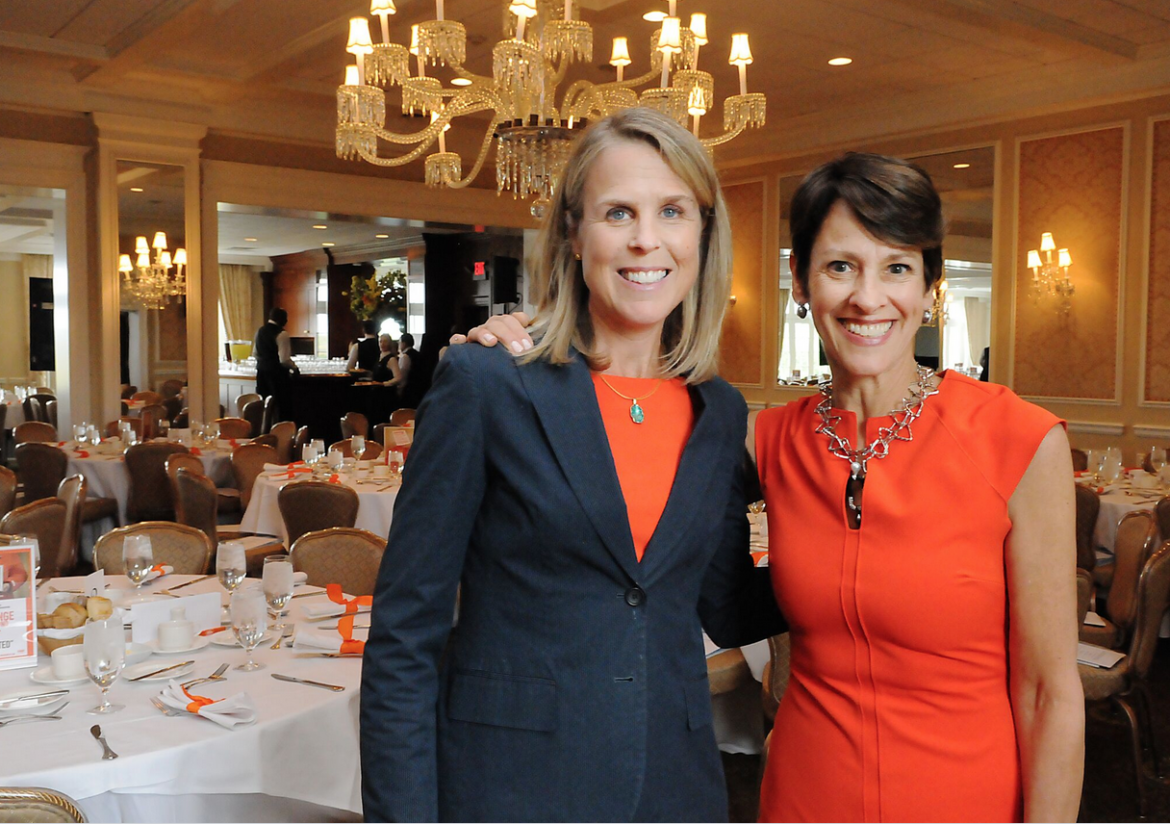 The board and staff of CAGV thank Luncheon Co-chairs Leslie Bhutani, Sophie Dowling, Nicole Heath, Mary Himes, Amy Keohane and Amy Pines, and the 70 members of the Committee who are responsible for the tremendous success of the Luncheon.