In preparation for the Kids In Crisis gala, “An Evening In Wonderland,” the non profit’s largest fundraiser of the year, students from Greenwich Country Day School gathered on Friday at artist Paige Bradley’s studio in Stamford for a painting and sculpting session.

Armed with paint brushes and sculpting tools, the 7th and 8th graders fashioned familiar creatures and imagery from the novel of enduring popularity, Alice in Wonderland.

On March 3, Greenwich Country Club will be transformed into a virtual wonderland. Gala volunteers Kim Caravella and Karen Hopp said that co-chair Blake Giffin had come up with the tagline for the event: An Evening in Wonderland: Because Every Childhood Should Be Magical.

Ms. Hopp described the process of putting together the gala. “It has really been a community effort, and it comes full circle because this organization is helping so many of our neighbors,” she said. “It’s wonderful to be able to give your time, talent, and energy to an organization that is right here and needs so much.”

At a time when state funding for Kids In Crisis has been cut, community members and small businesses alike have stepped up to help.  “With their generosity, we were able to underwrite so much of the cost of this to make an amazing experience for all the people who purchase tickets, and for so much of the money to go to Kids In Crisis,” said Ms. Caravella.

Shedding light on how Kids In Crisis goes about helping kids in need, Ms. Hopp said that when they arrive, “Their routine doesn’t change… So, while it’s obviously a difficult time that they are going through, their life otherwise stays as it should, and they can keep focused on what’s important, which is their childhood and school.”

Ms. Hopp also noted, “The spring fling co-chairs, Blake Giffin and Jennie Stehli, have done the lion’s share of the work to make the gala a success.”

Paige Bradley explained the purpose and value of the event. “I think Kids In Crisis just wanted the event to be fun and fun-loving and remind us of when we were kids,” she said. “We can give to the kids that don’t have this much, so that they can have discoveries, and adventures, and these great memories of their childhoods as well.”

While GCDS girls dominated Friday’s volunteering, 7th, 8th, and 9th graders from Greenwich High School, Greenwich Academy, and Whitby School had contributed their time and effort for the event’s preparation earlier in the week.

On Friday, the girls painted and sculpted, with the guidance of Paige Bradley. Their main focus was creating a sculpture of the familiar blue caterpillar from Alice in Wonderland and painting a giant scene featuring Alice and a mushroom forest, to be displayed at the gala.

Additionally, the resident children at Kids In Crisis worked to put the event together, creating an Alice In Wonderland decorated chair for the auction, among other volunteer efforts. Brunswick musicians will perform at the event, while other students will facilitate activities.

Launched in 1978, Kids in Crisis is the only organization of its kind providing free, round-the-clock crisis counseling and temporary shelter for infants, children and teens. An extensive professional staff offers support and solutions to families and children struggling with issues including abuse, neglect, family conflict, mental health issues, divorce, substance abuse and more. Last year, Kids In Crisis helped over 6,000 families. 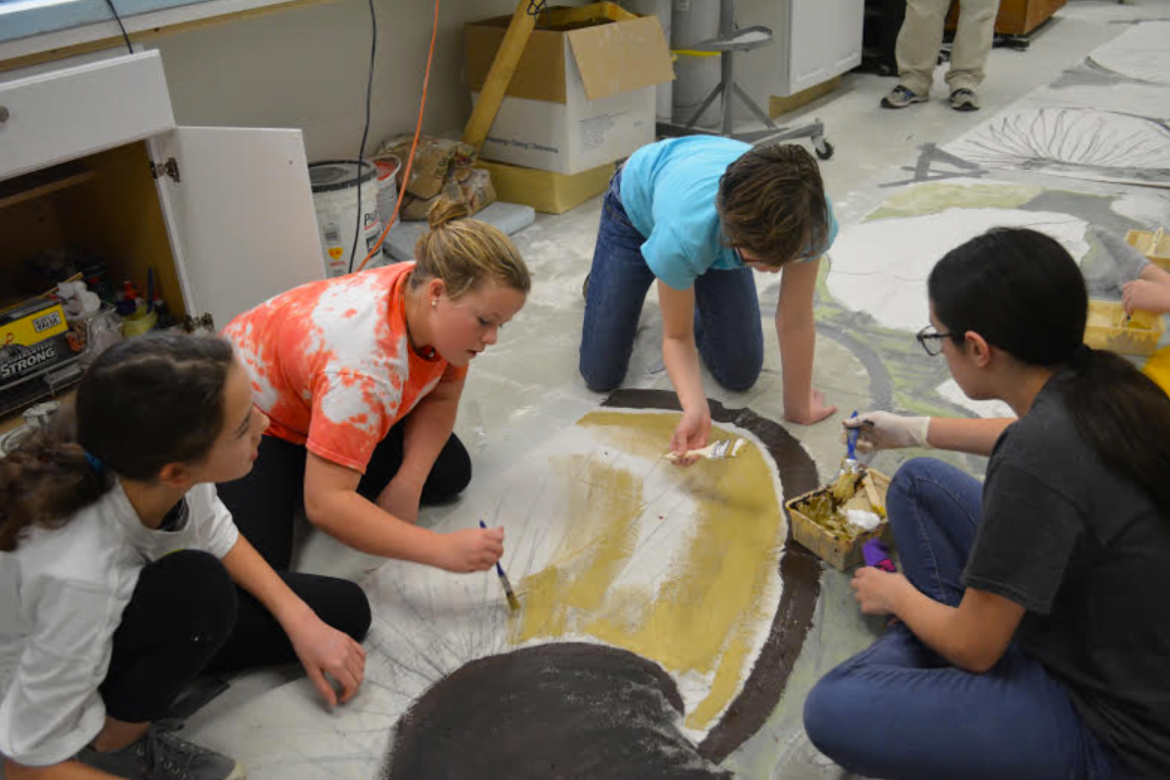 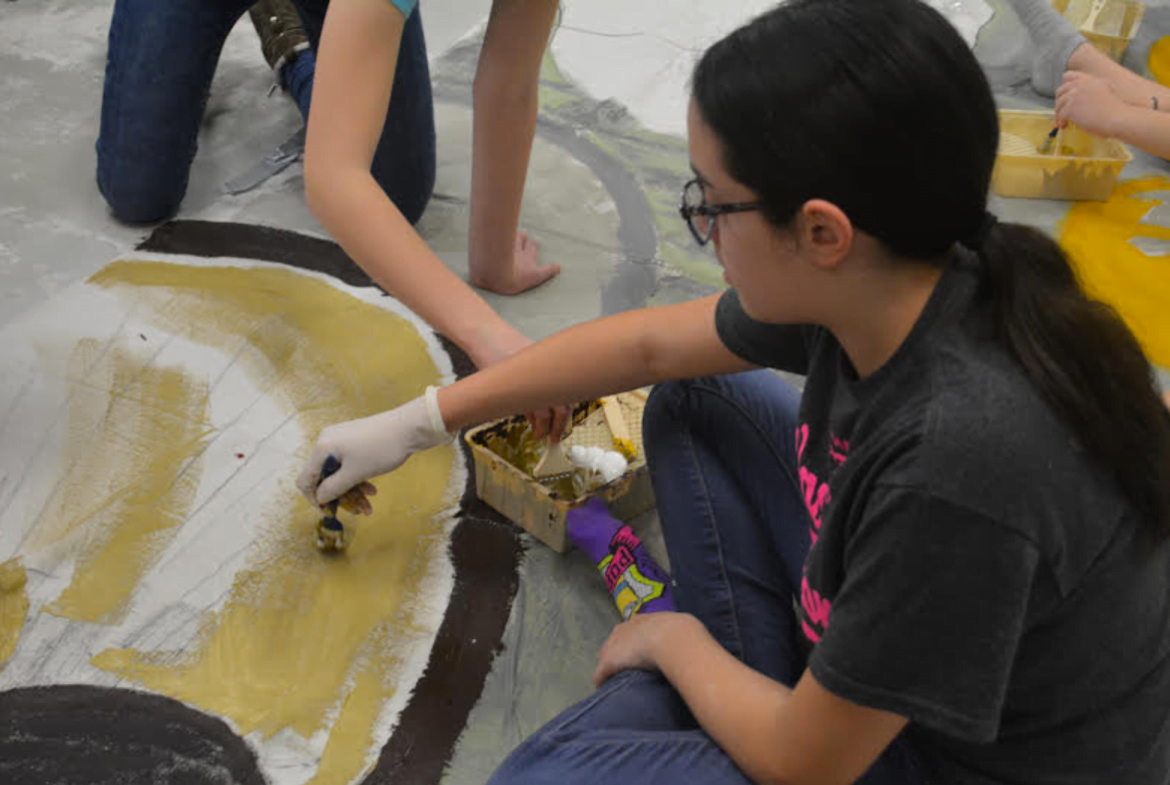 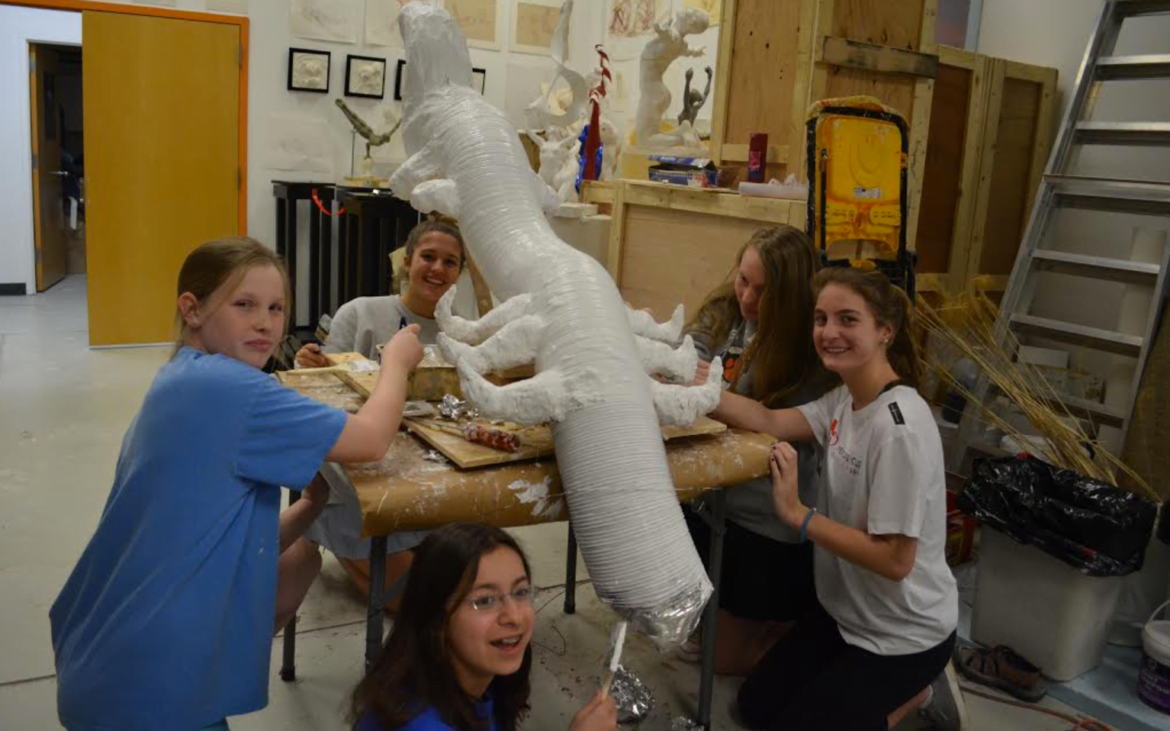 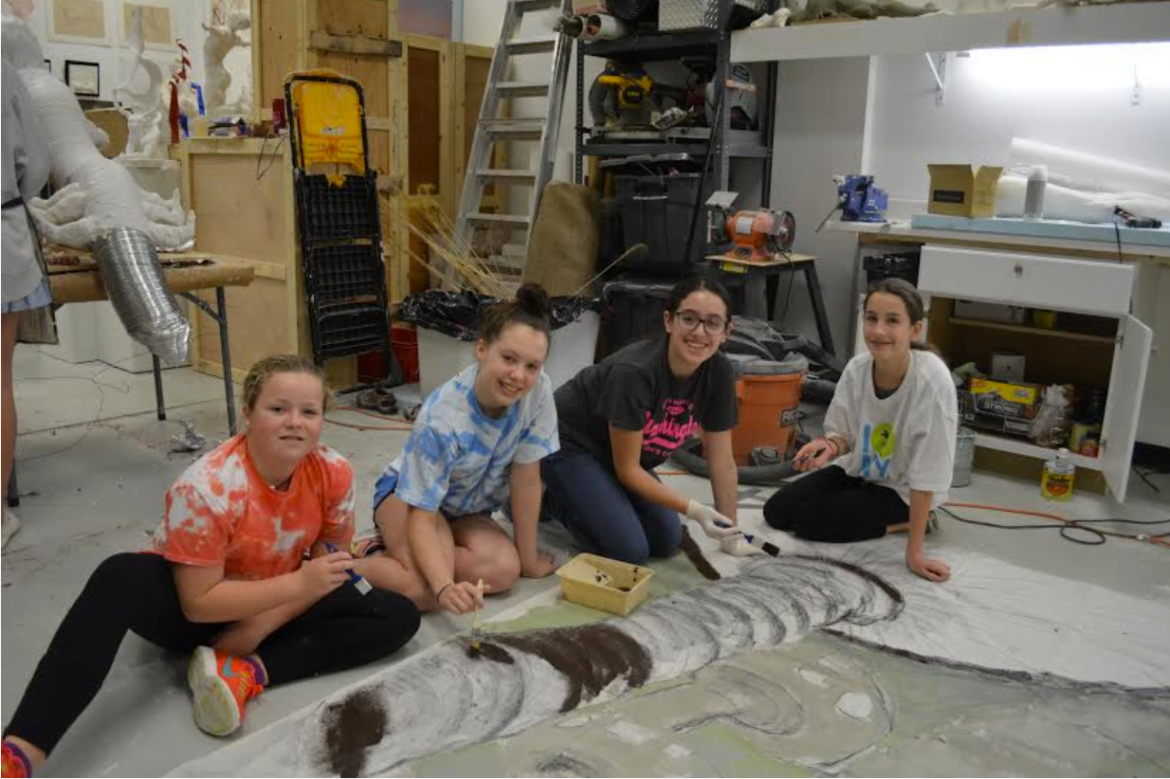 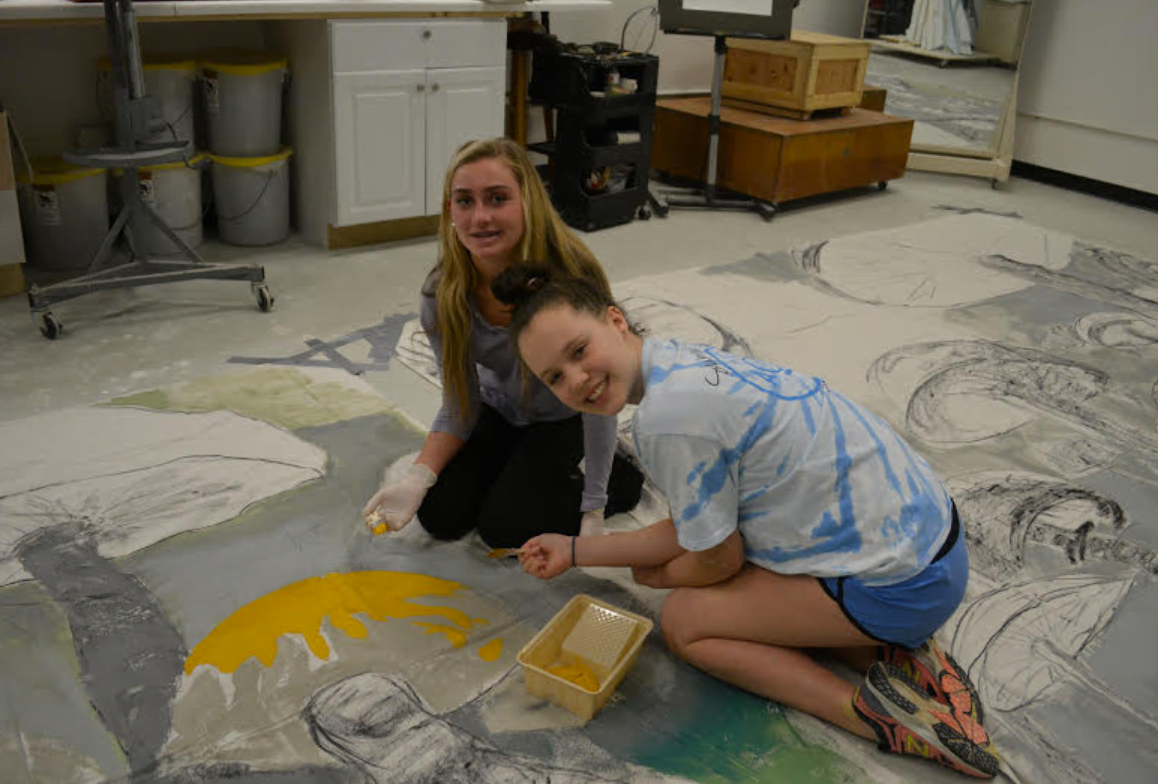 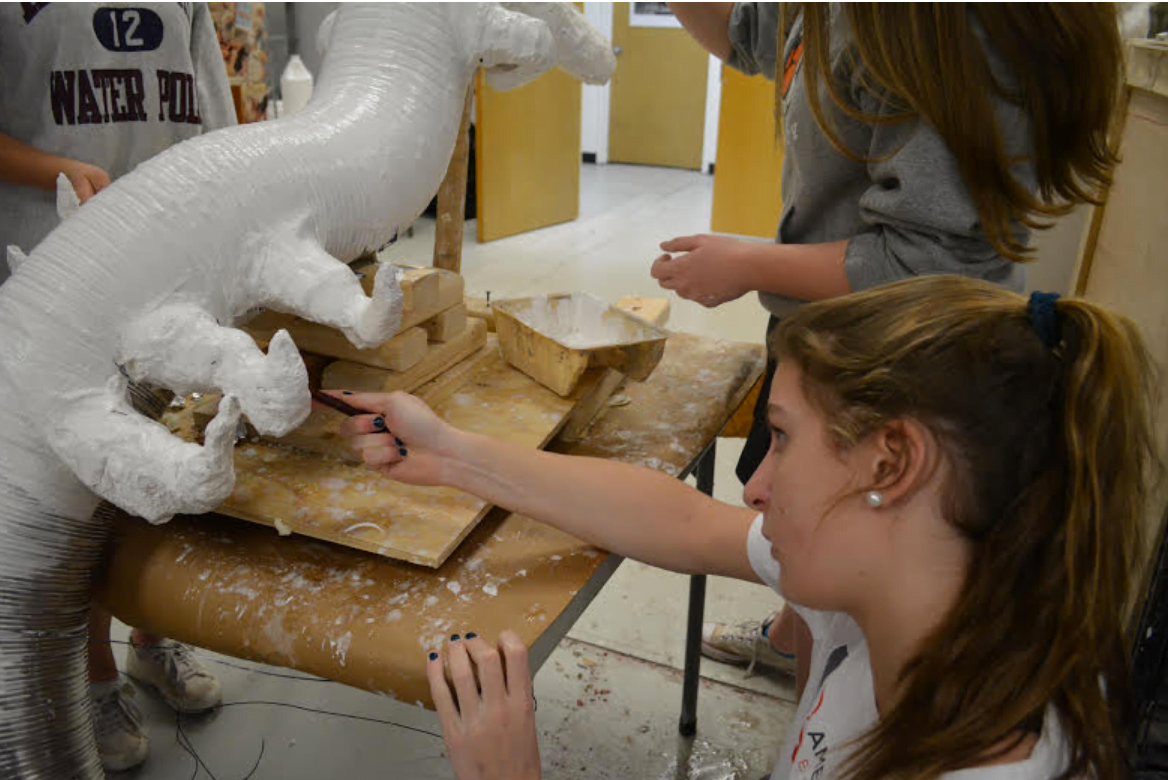 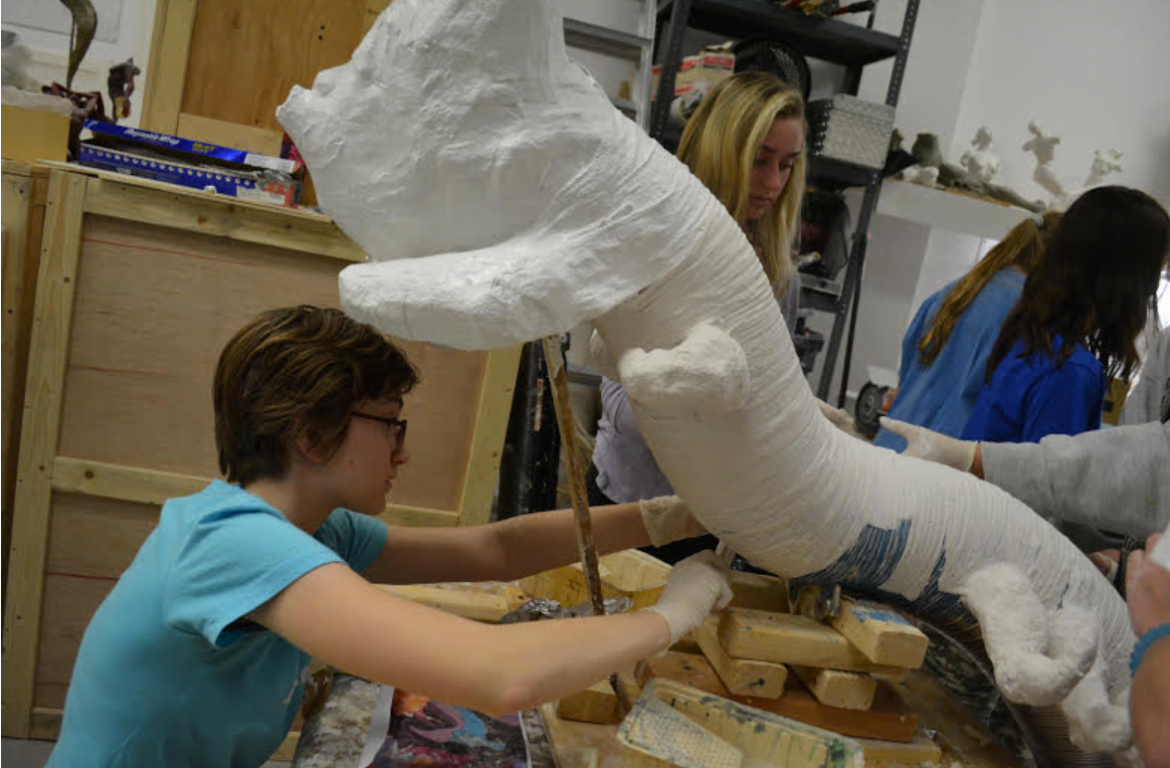 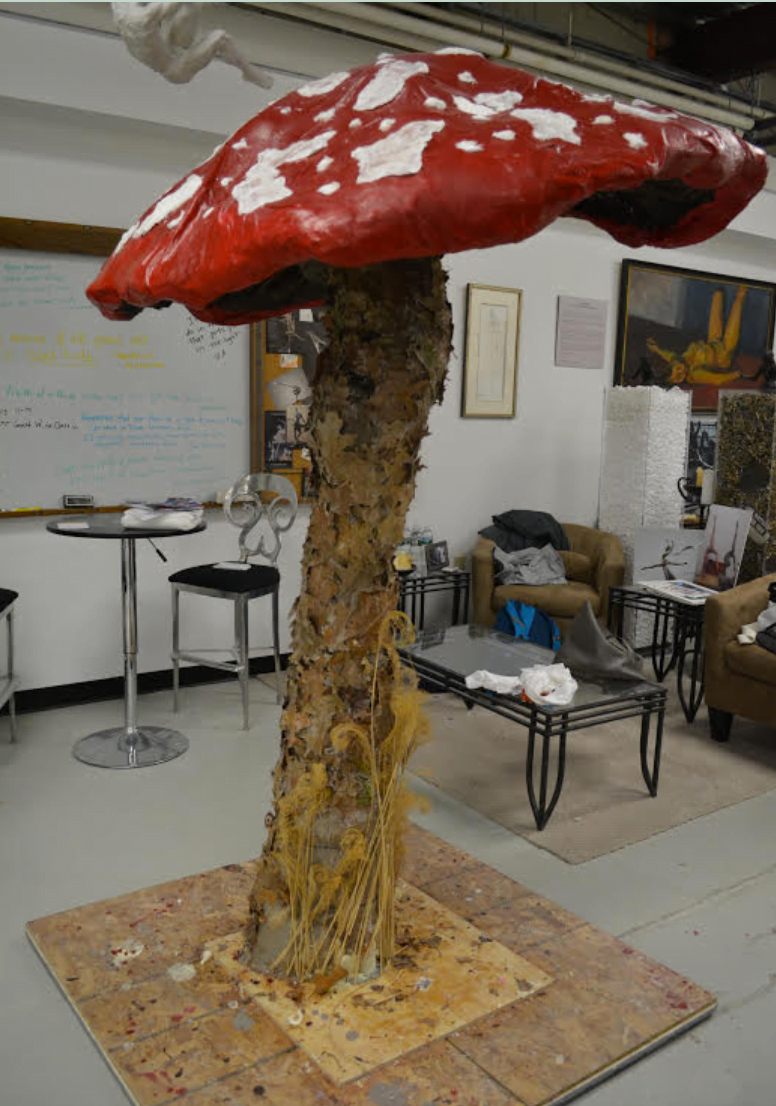 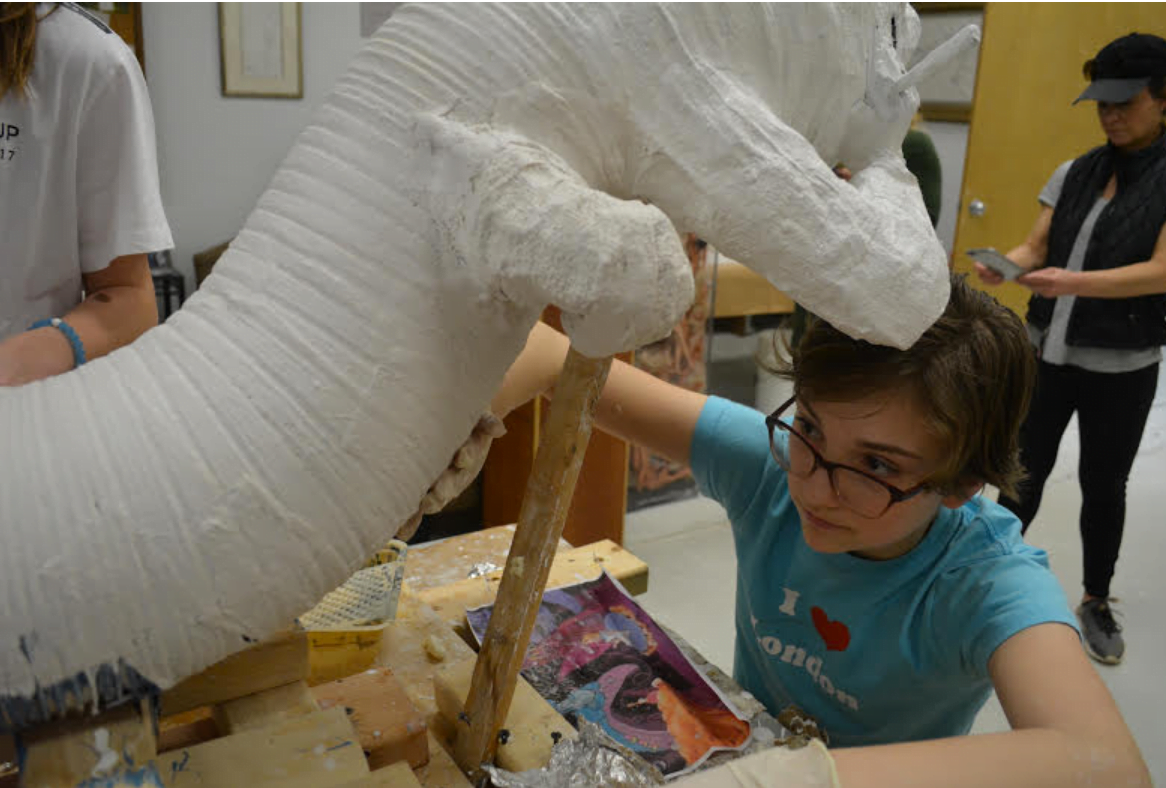 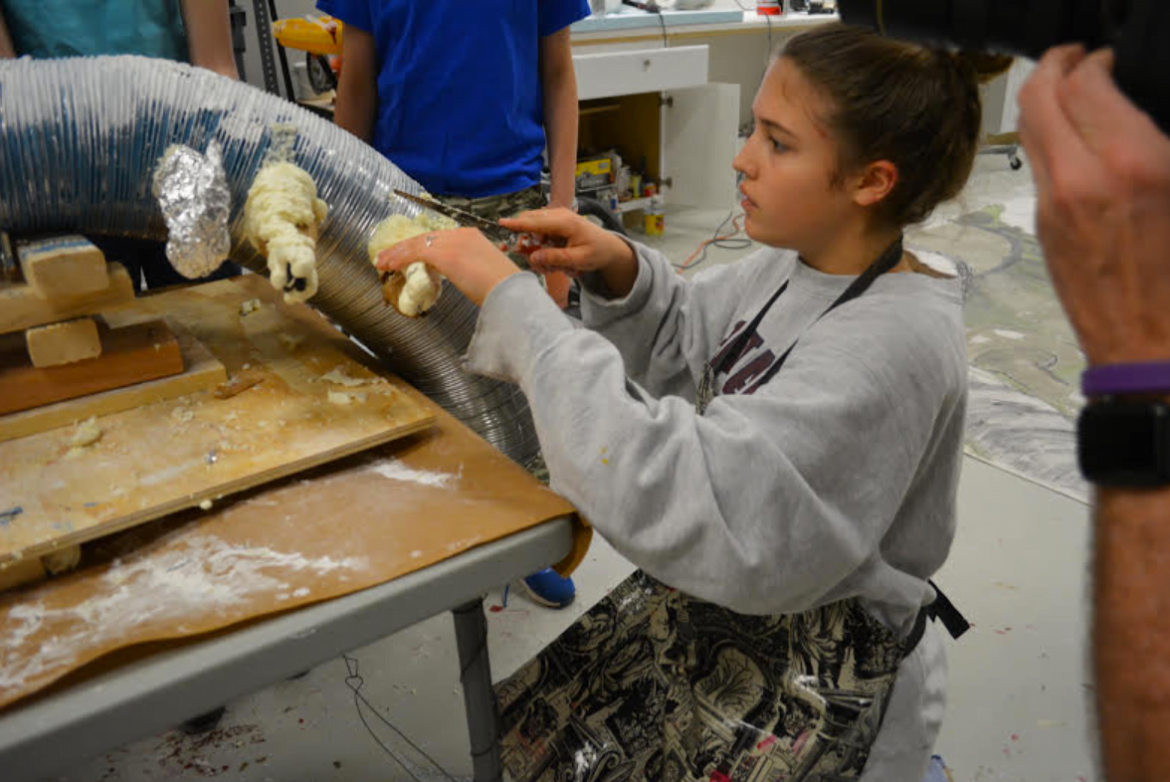