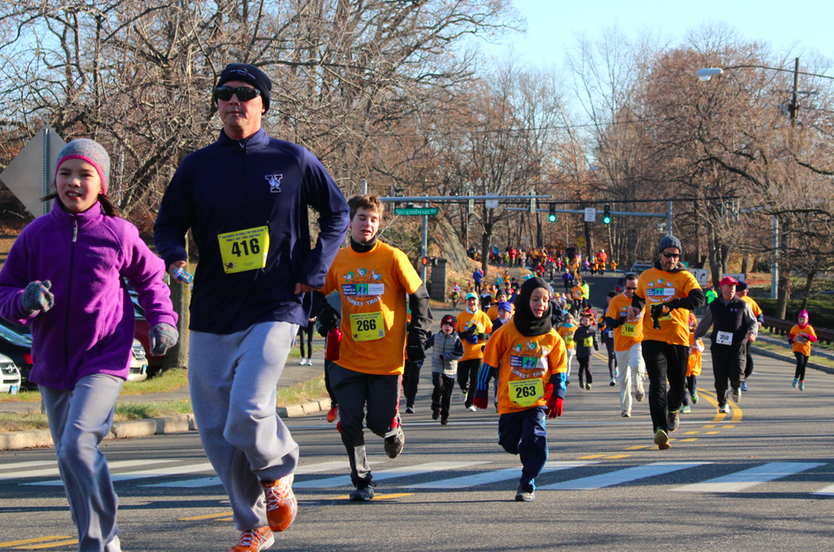 Hundreds turned out for the fourth annual Turkey Trot to benefit the Greenwich Alliance for Education, a foundation that has gotten behind programs like AVID at GHS, Tuning In To Music, Going Place with Books and most recently the GHS Innovation Lab pilot.

The thermometer hovered right around freezing as families arrived at the Arch Street Teen Center around 9:00am. After signing in, families headed to the field at Roger Sherman Baldwin Park, where the Greenwich Track Club led warmups to music. Participants chose from the one mile fun run/walk and the 5K, and each received a free t-shirt, goodie bag and free fleece hat from Patriot National Bank.

The mascot mantle, formerly undertaken by Max Kim went to the cheerful GHS freshman Kara Bittman, who welcomed families outside the Teen Center bright and early, and later cheered runners across the finish line. 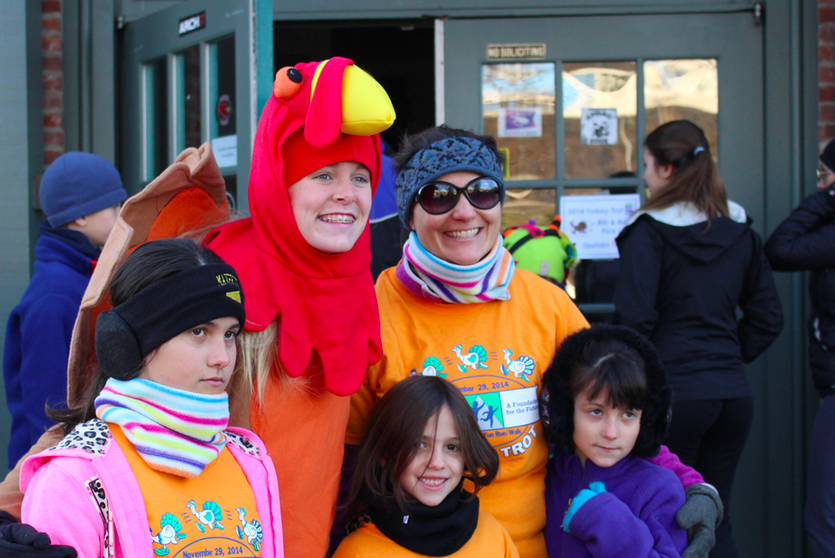 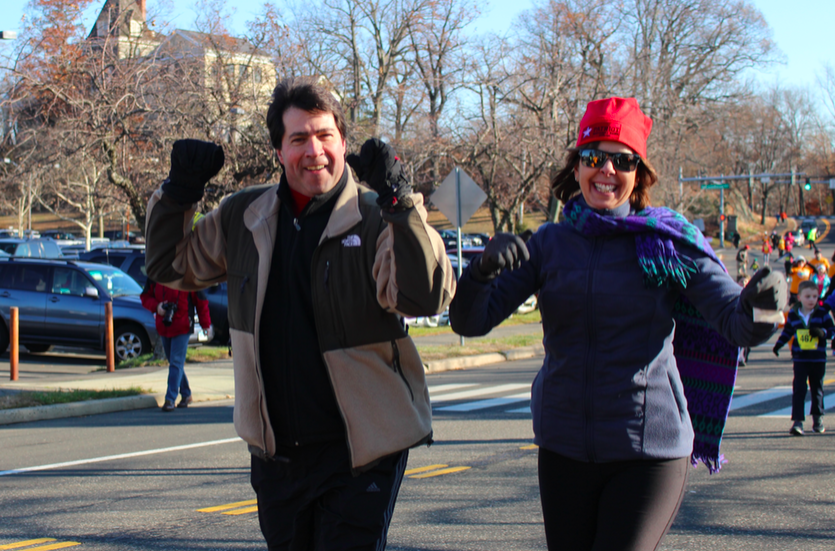 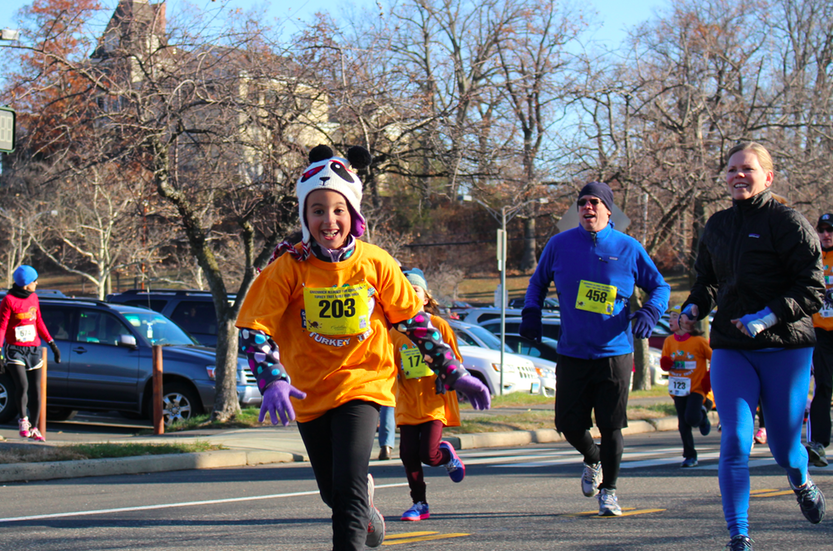 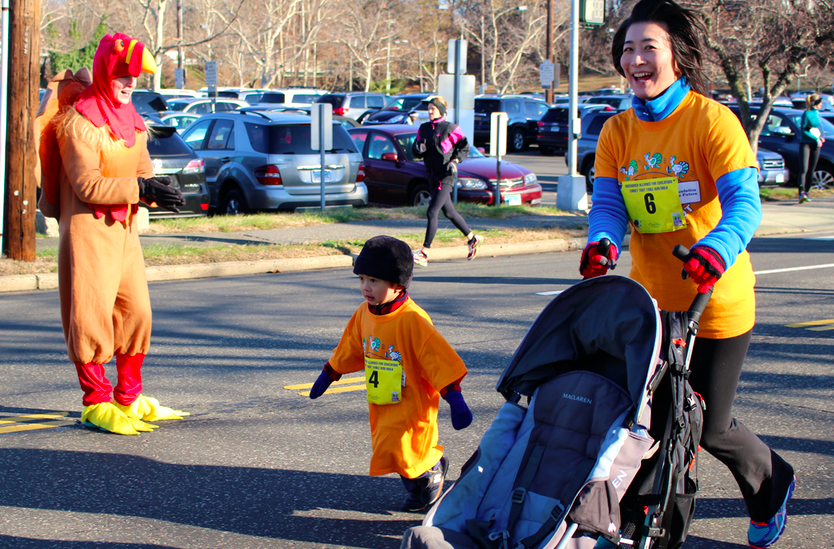 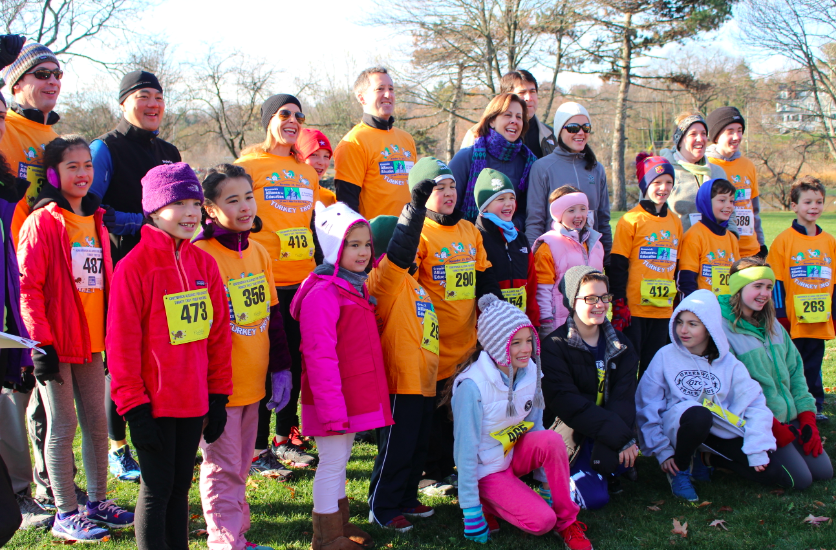 Julian Curtiss School Principal Trish McGuire and the whole gang. Schools were encouraged to turn out in force. The school with the greatest participation won a $500 gift card toward PE equipment. Credit: Leslie Yager 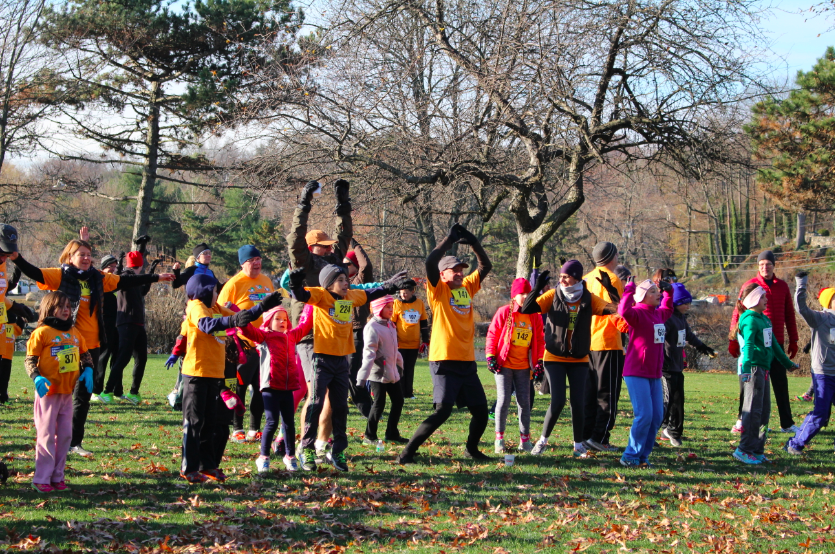 The Greenwich Track Club led hundreds of families in warmups just after 9:00am. Credit: Leslie Yager 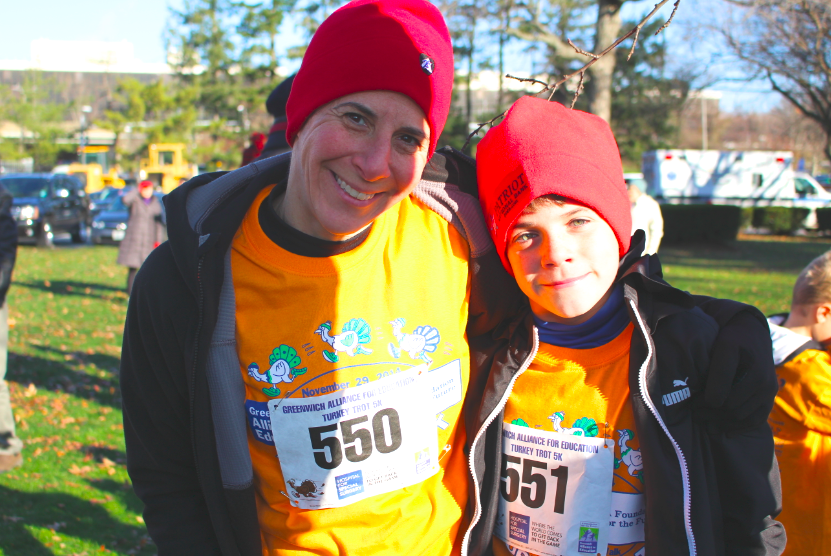 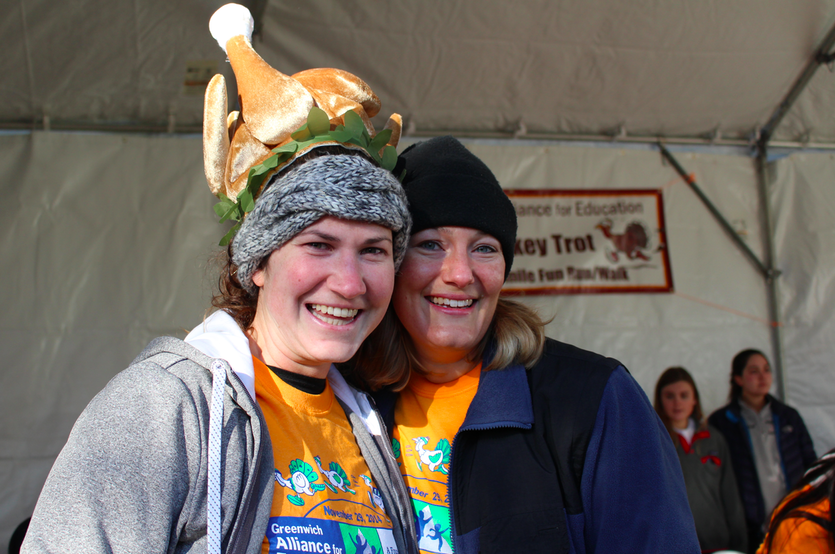 Liz James of Greenwich, with sister in law Shari Aser James. Liz got a lot of compliments on her hat. Credit: Leslie Yager 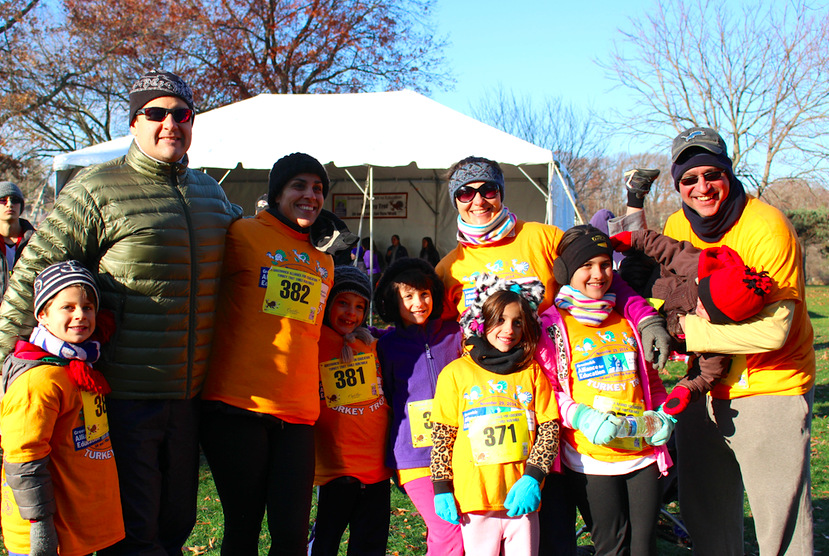 The Zawislack family from Cos Cob with the Utzingers of Glenville. Credit: Leslie Yager 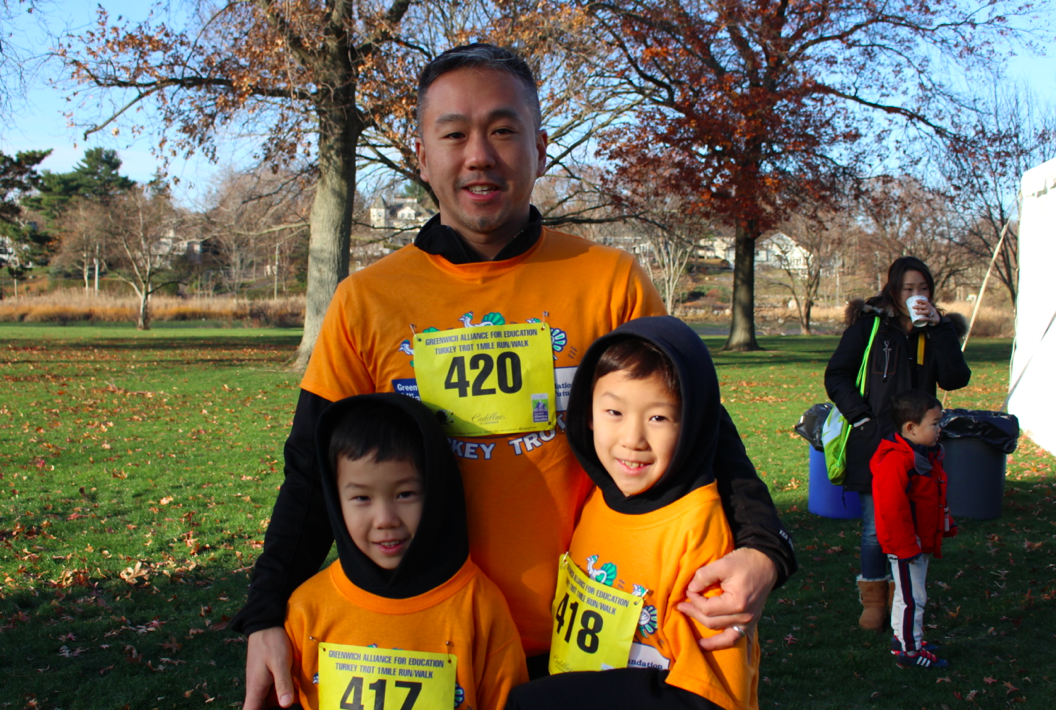 The Park family from Glenville were excited for their first Turkey Trot in Greenwich. Credit: Leslie Yager 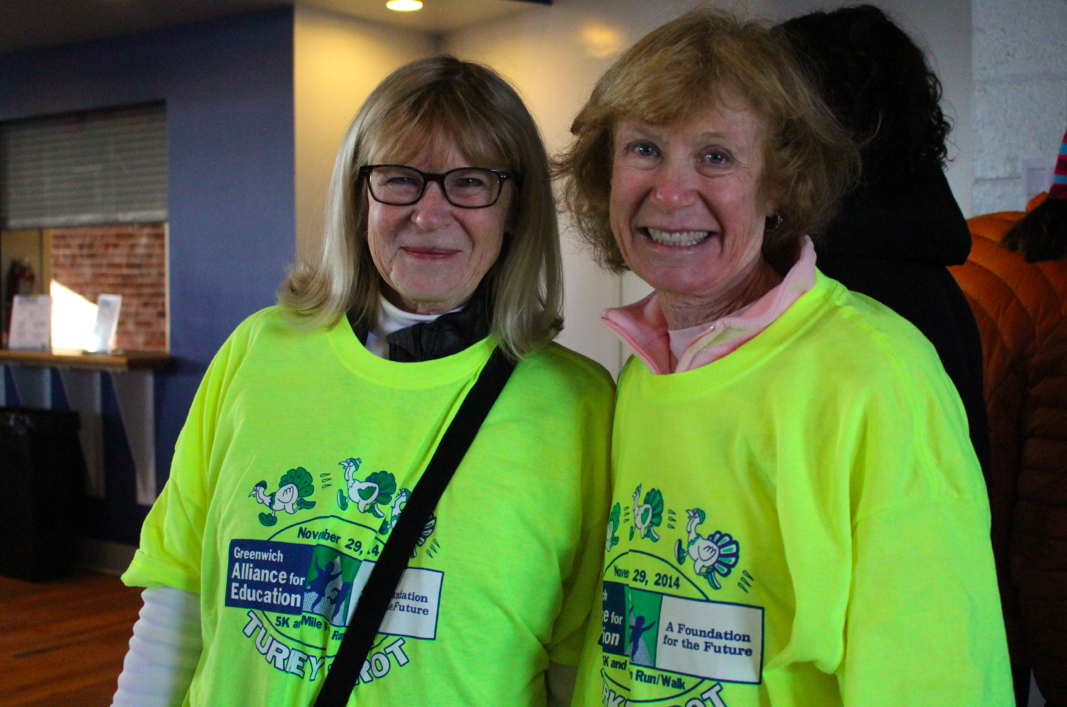 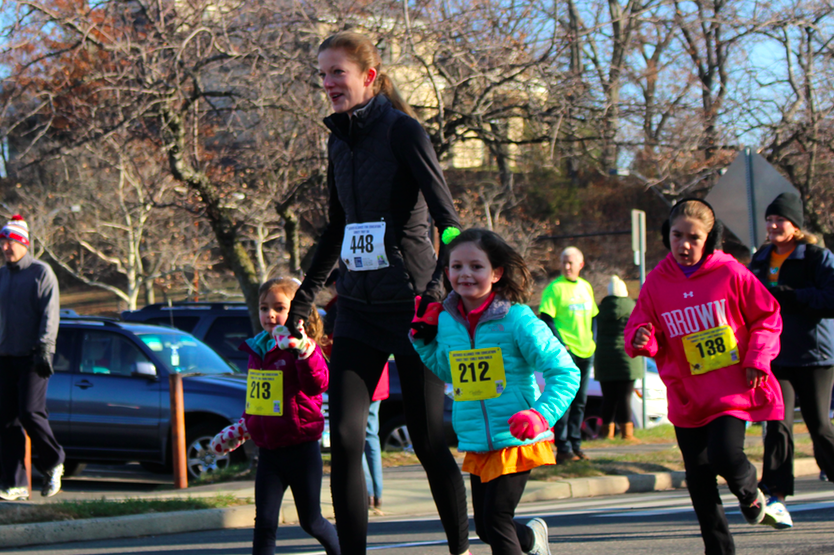 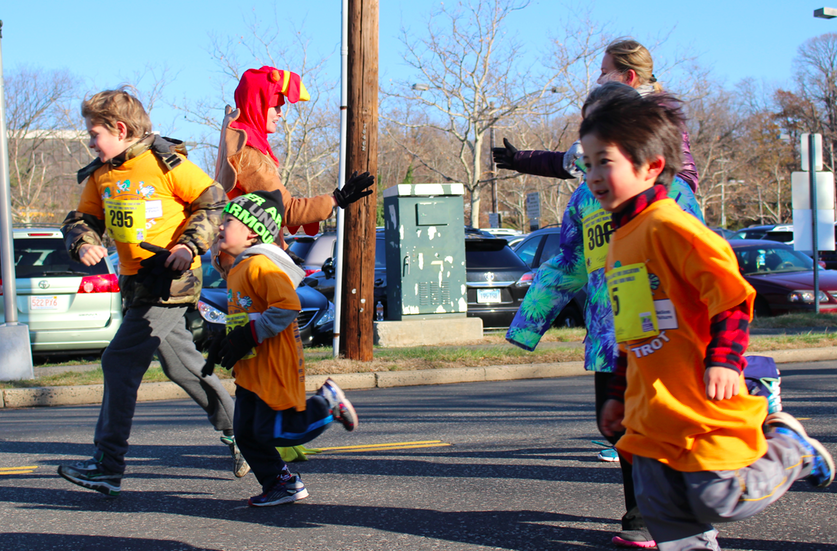 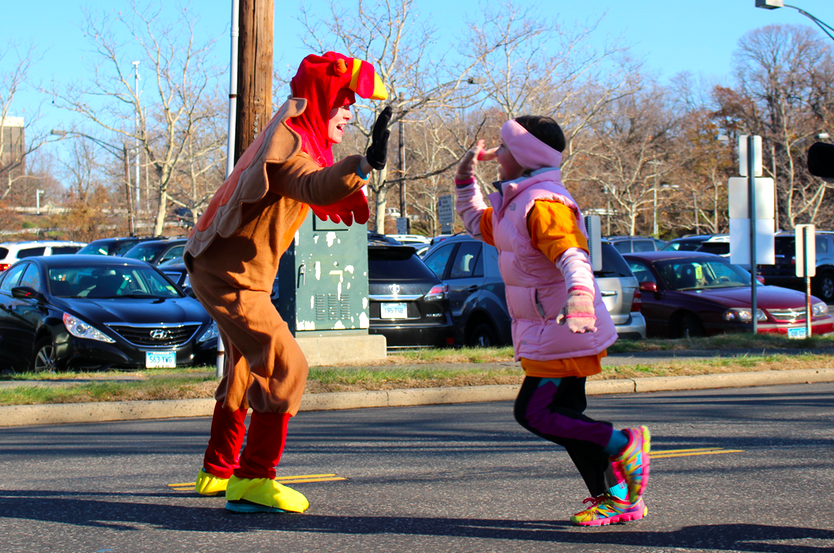 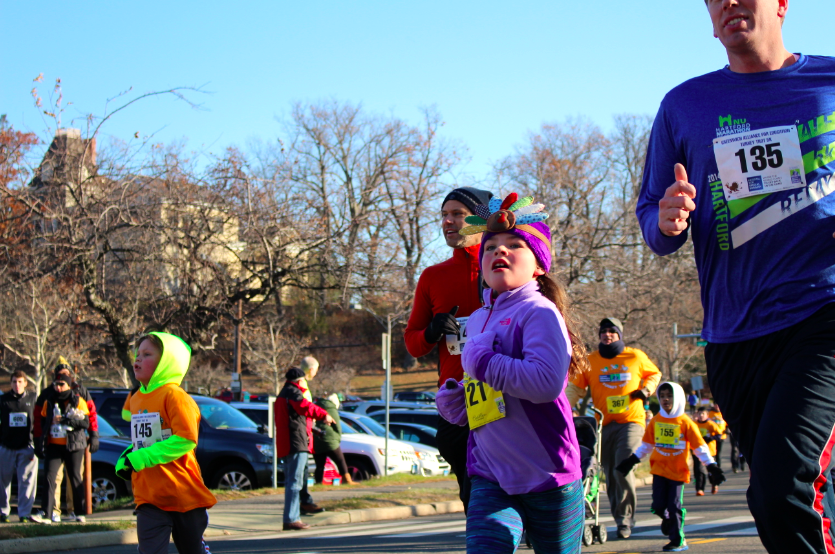 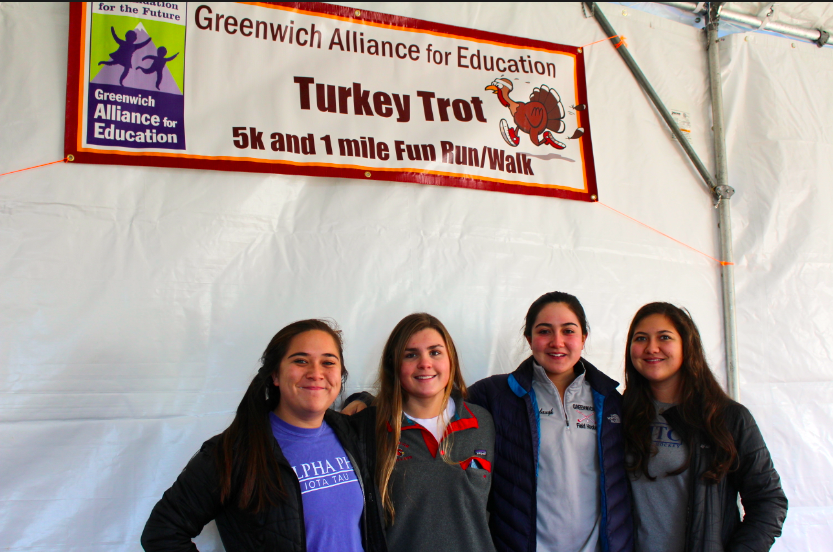 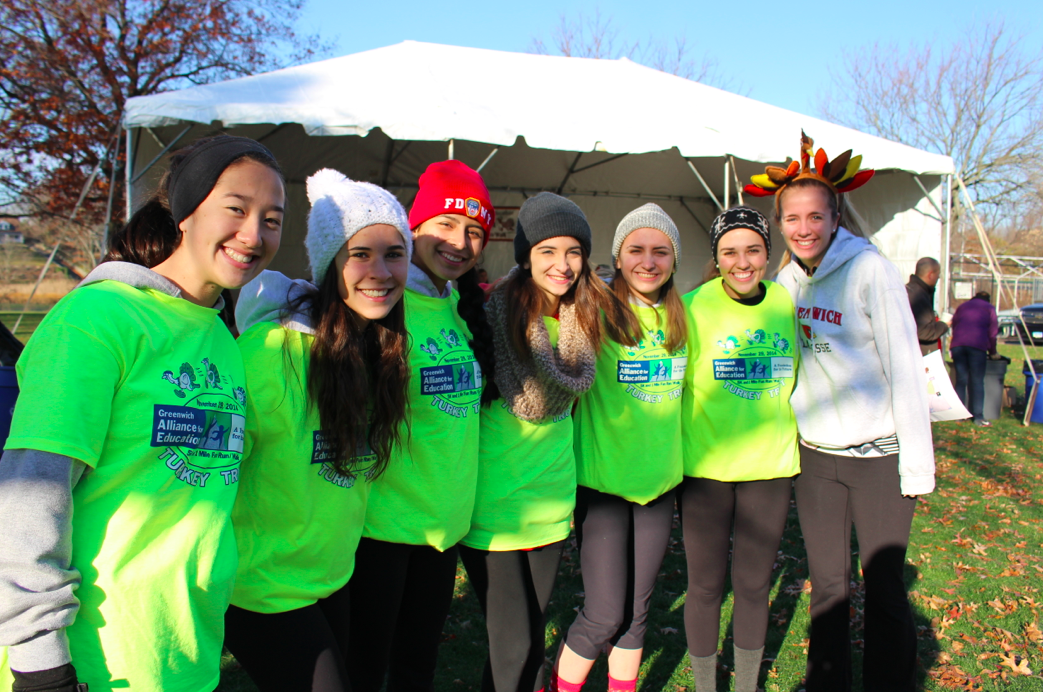 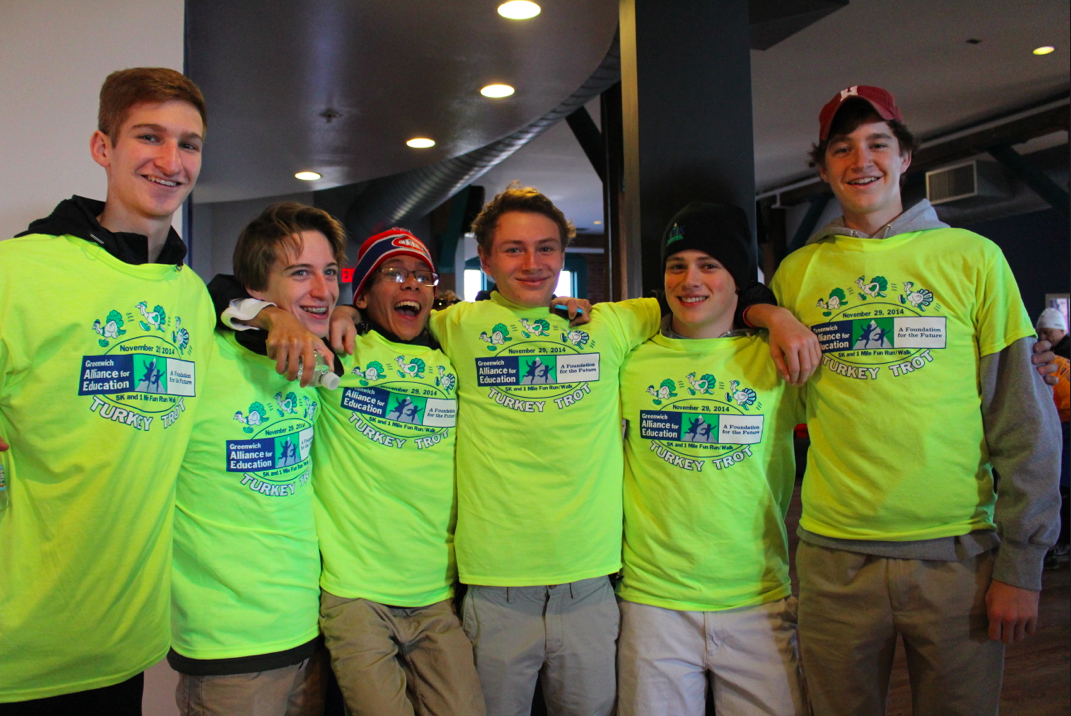 More information about Greenwich Alliance for Education  is available online, including the foundation’s early literacy programs for preschoolers and after-school and weekend programs.

Donations to the Greenwich Alliance for Education are 100% tax deductible. The Alliance is a non-profit and an approved 501 (c) 3 organization.