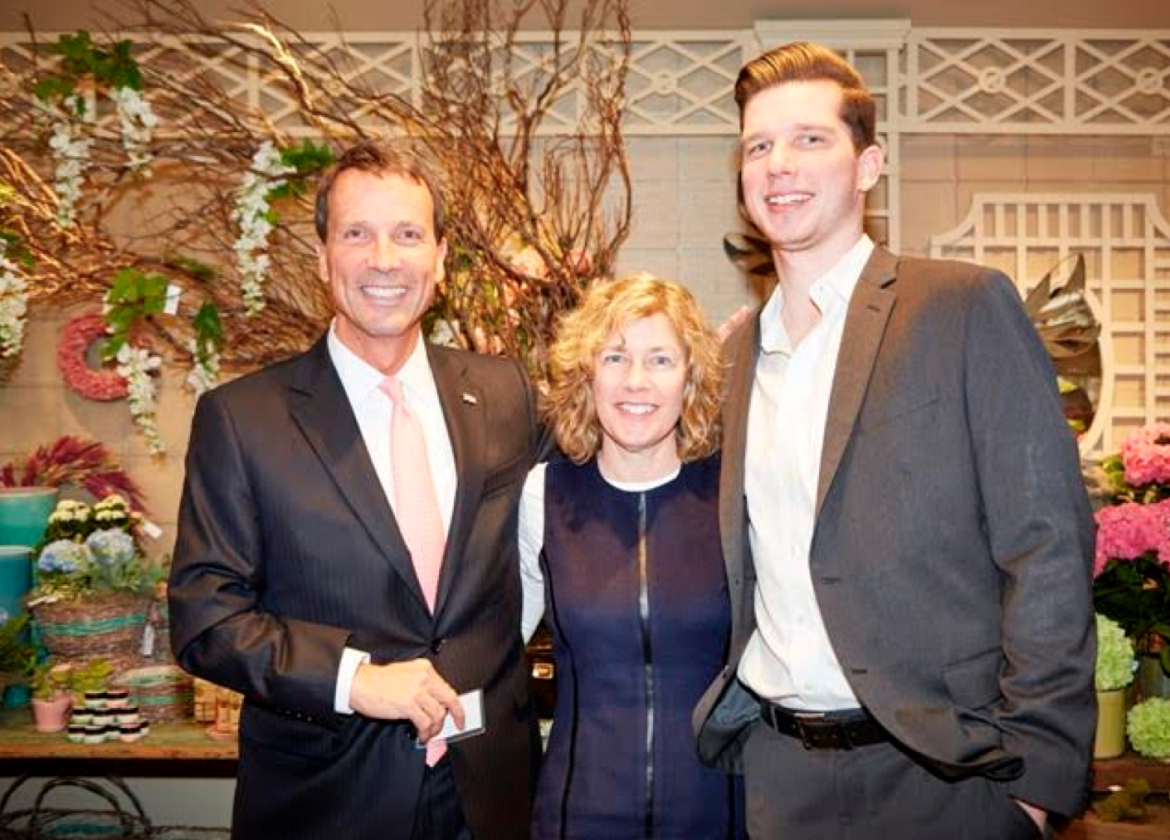 Town and State officials were in attendance including Peter Tesei, John Toner, Livvy Floren and Fred Camillo.  Rabin’s wife Lauren made an appearance at the event before attending the Board of Education meeting where she sits on the Negotiations Committee.

The Rabins have two adult children – Eric, who attended the event on Thursday night and studies at Tulane University, and Scott, a University of South Carolina alumn now at Morgan Stanley in New York City.

Rabin began working with Greenwich United Way in February, after the Board of Directors unanimously voted him in as the new CEO. His notable experience includes work in both the for-profit and non-profit sectors. Before joining Greenwich United Way Rabin was Vice President and founding branch manager at Webster Bank of Greenwich.

For more than 20 years Rabin has volunteered in the community and has worked with Byram Archibald Neighborhood Center (BANC), Greenwich Chamber of Commerce, At Home in Greenwich, Greenwich September 11th Memorial, Greenwich Youth Football League and Representative Town Meeting (RTM).

In his remarks, Rabin announced news related to the online image of the organization and explained his plans to grow fundraising and awareness for Greenwich United Way programs and agencies created in response to the Needs Assessment.

“Our new branding, logo and website will launch in a couple of weeks with our powerful new tagline: Local Insights. Lasting Results,” Rabin said.