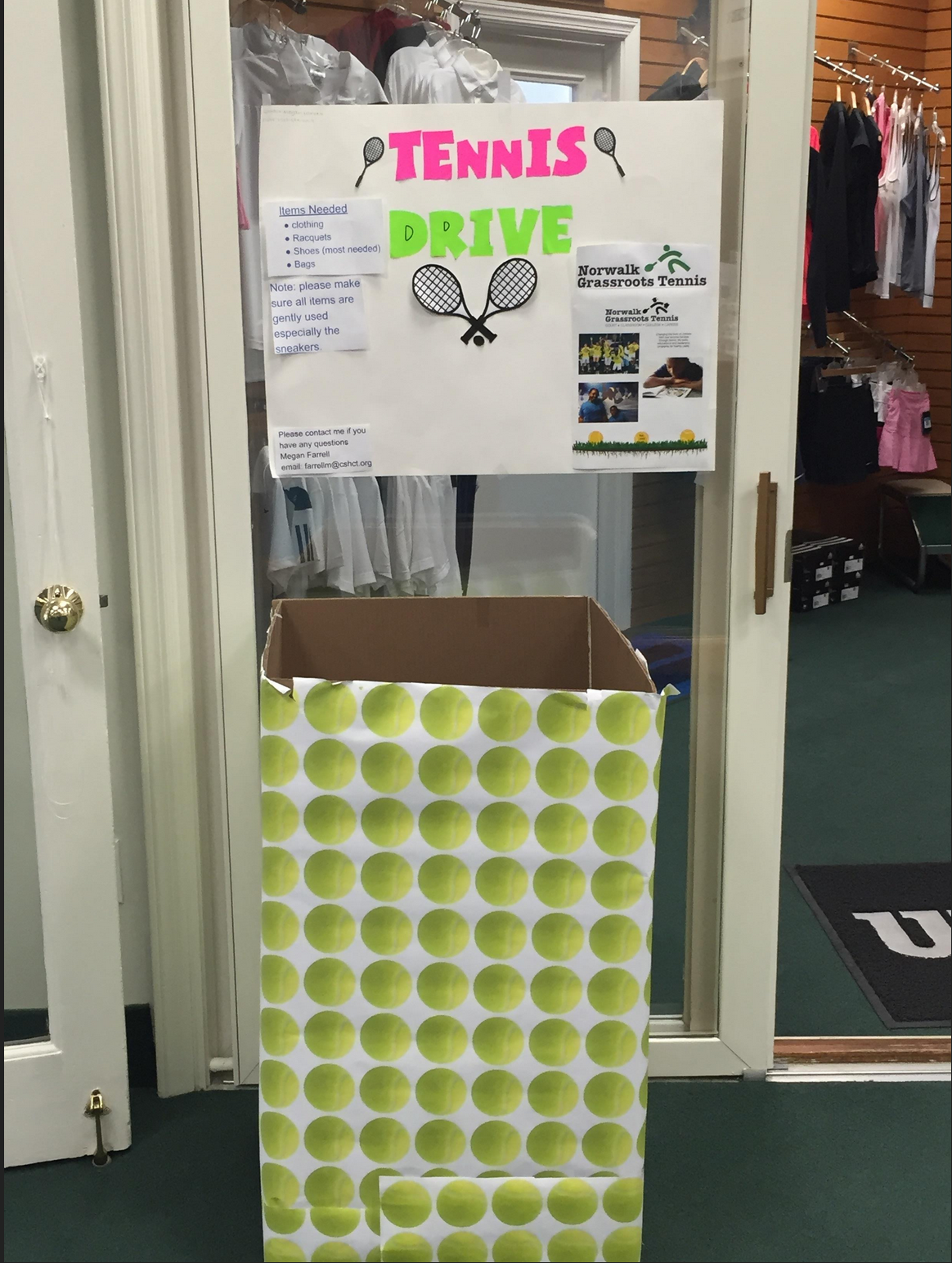 Megan Farrell, a Greenwich resident and an 8th grader at the Convent of the Sacred Heart, started playing tennis when she was four years old. So when she was assigned a project about helping others in her Theology class, Megan looked to her love of tennis for inspiration. Megan is running a Tennis Drive, with a collection box at the Grand Slam Tennis Club in Banksville, where she is collecting gently used tennis equipment, to be donated to Norwalk Grassroots Tennis.

Norwalk Grassroots Tennis, located at 11 Ingalls Avenue in Norwalk, CT, was started in 1995 by a group of enthusiastic tennis players who wanted to give those less fortunate than themselves an opportunity to learn the game. They are a nonprofit community organization dedicated to improving the lives of youths from broad socio-economic and cultural backgrounds. Norwalk Grassroots Tennis targets youngsters who are those living in and around the Norwalk Housing Authority, often from single parent households and often from environments that include drugs and violence. Norwalk Grassroots provides children a safe place where they are exposed to positive adult role models and opportunities for higher education.

“I am doing this project because tennis has given me so much confidence both on and off the courts. I want other kids to experience that confidence as well as have the necessary equipment to perform to the best of their ability.” Megan learned about Norwalk Grassroots through a family member who has been involved with the organization for years.

Donations of gently used tennis clothing, racquets, shoes, and bags can be dropped off in the collection box between the hours of 7am and 8pm at the Grand Slam Tennis Club located at 1 Bedford-Banksville Rd, on the Greenwich/Banksville border.

The drive will continue through April 15. All donations will be donated to Norwalk Grassroots Tennis.