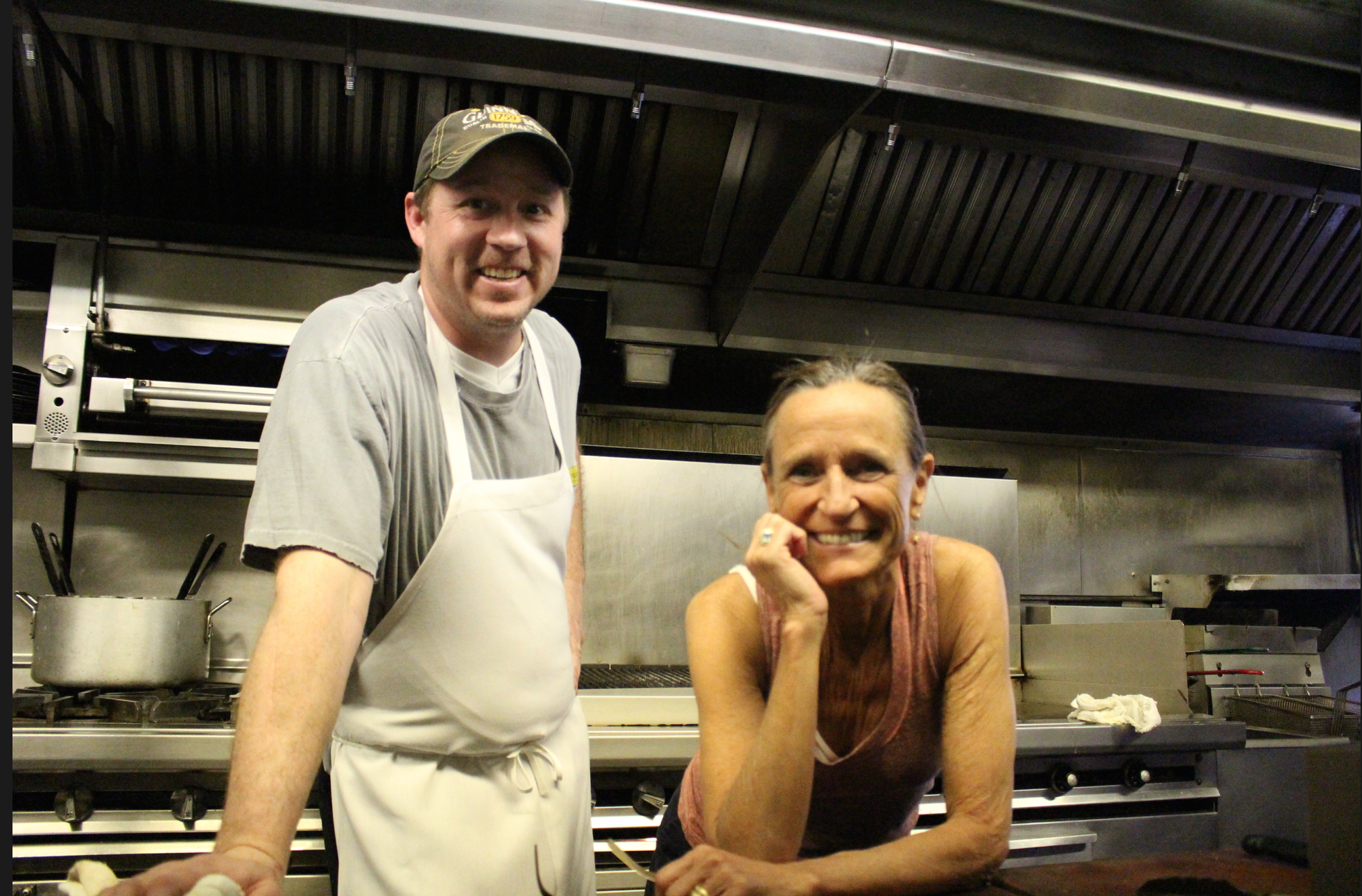 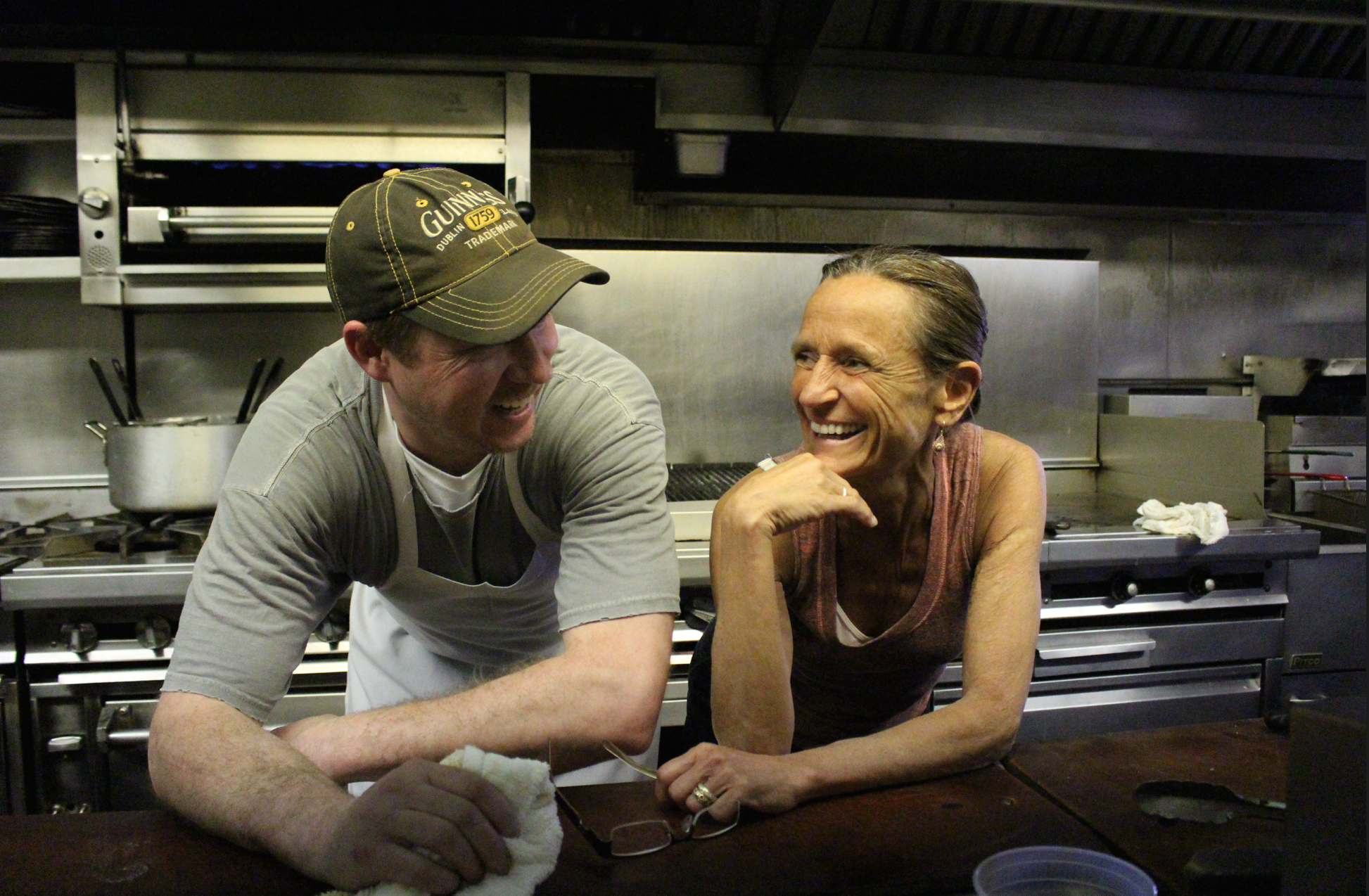 “I always worked in restaurants to earn spending money,” Teresa said on a recent warm  afternoon at Beach House Café, which she co-owns with Walter Miller and Phil DiStefano.

Tracing a thread through her years of restaurant work, the former teen waitress married musician Joey Bracchitta when he had regular gigs at Thataway Café.

While her name changed, Teresa’s passion for restaurants did not.

After working as a waitress while she attended Ithaca College “to pay for all the extras,” the Psychology major and Art minor made her way to Greenwich where her first real restaurant job was at Tumbledown Dicks in Cos Cob.

Another job she held in Greenwich was in the kitchen at the former  Cinquante Cinq which drew its name from its address at 55 Arch Street, just off the Ave.

After Tumbledown Dicks, Teresa stuck with Phil DeStefano who opened Sundown Saloon in the spot that once housed Casey’s, and before that, Mickey’s. She worked with DiStefano, becoming partners and opening Thataway Café a few doors down in 1989. Thataway Café, had a good long run at 409 Greenwich Ave, the site that was previously home to Nickleby’s.

“I love working,” Teresa said matter-of-factly. And therein may lie the secret to success in a very tough business. While casual restaurant mainstays in Greenwich, from Horseneck Tavern and Chopping Block, have vanished, and residents lament the proliferation of bank branches, it is still possible to throw together last-minute plans and bump into friends and neighbors at either Sundown Saloon or Beach House Café. 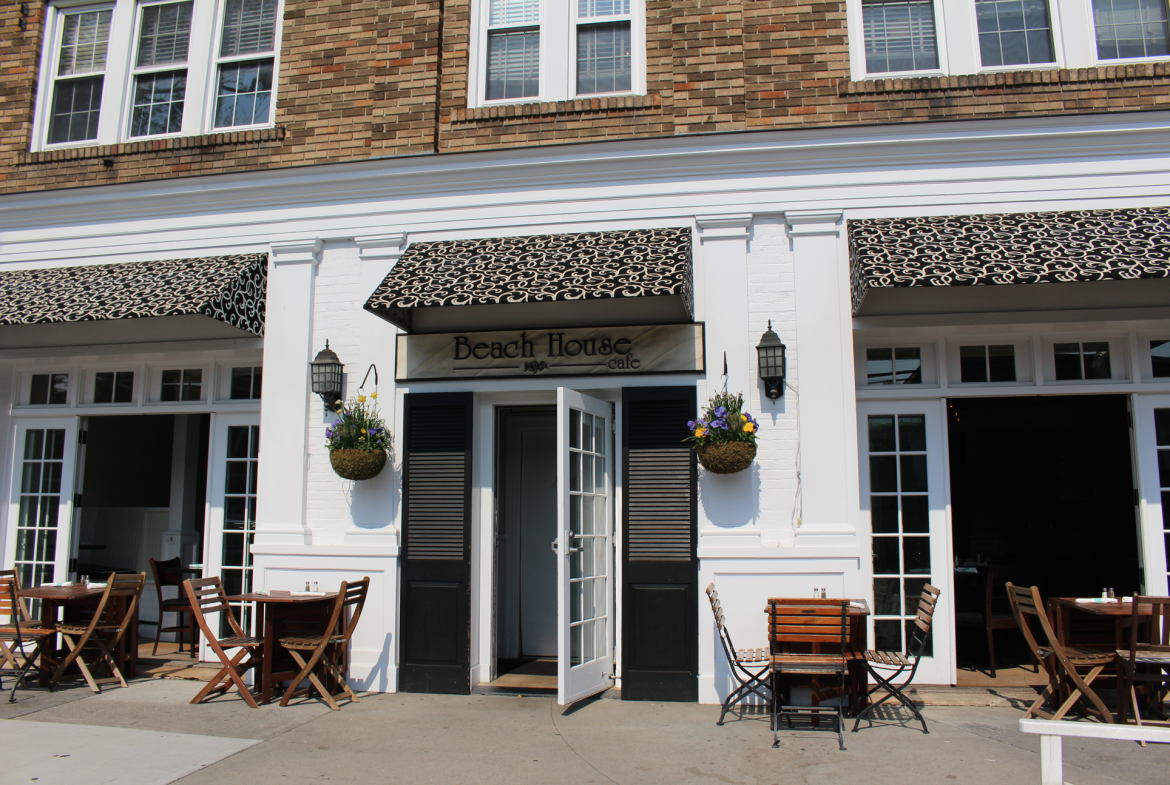 Loath to take credit for any of her success, she turns conversation to her business partners and the great team assembled at Beach House Café.

Of the restaurant business, Teresa says, “It’s all I know.” Along the way she met Joey Bracchitta, percussionist who had frequent gigs in the restaurant at night. These days he is a middle school music teacher at Brunswick. Teresa and Joey have three kids ranging from 17 to 23 that she refers to as restaurant brats.

She said hers is not the first marriage to spring from working at Thataway Café. After she rattles off Thataway weddings, including former hostess Amanda Venieri whose husband was then a bus boy, but she admits it was a sad day that the popular eatery closed in October 2011.

But, she said, it was not a surprise. “We always knew that space would eventually be developed,”  she said, referring to the patio area, where a building is under construction. “It’s sad. We were the only patio that big,” she said.

“The building had a separate lease from the patio space,” she explained. “It was a year-to-year lease, and after about 20 years we lost the patio space. To keep going without the patio wasn’t worth it. It was a huge part of the business,” she said.

Of the end of Thataway, Teresa said, “It’s sad. There’s not that many casual restaurants left in Greenwich.”

Asked to what she attributes the success of Sundown Saloon,  which she still runs with longtime business partner Joe Ribeiro, and Beach House Café, she doesn’t need to think. “It’s because we’re casual, and we’re friendly,” she said. 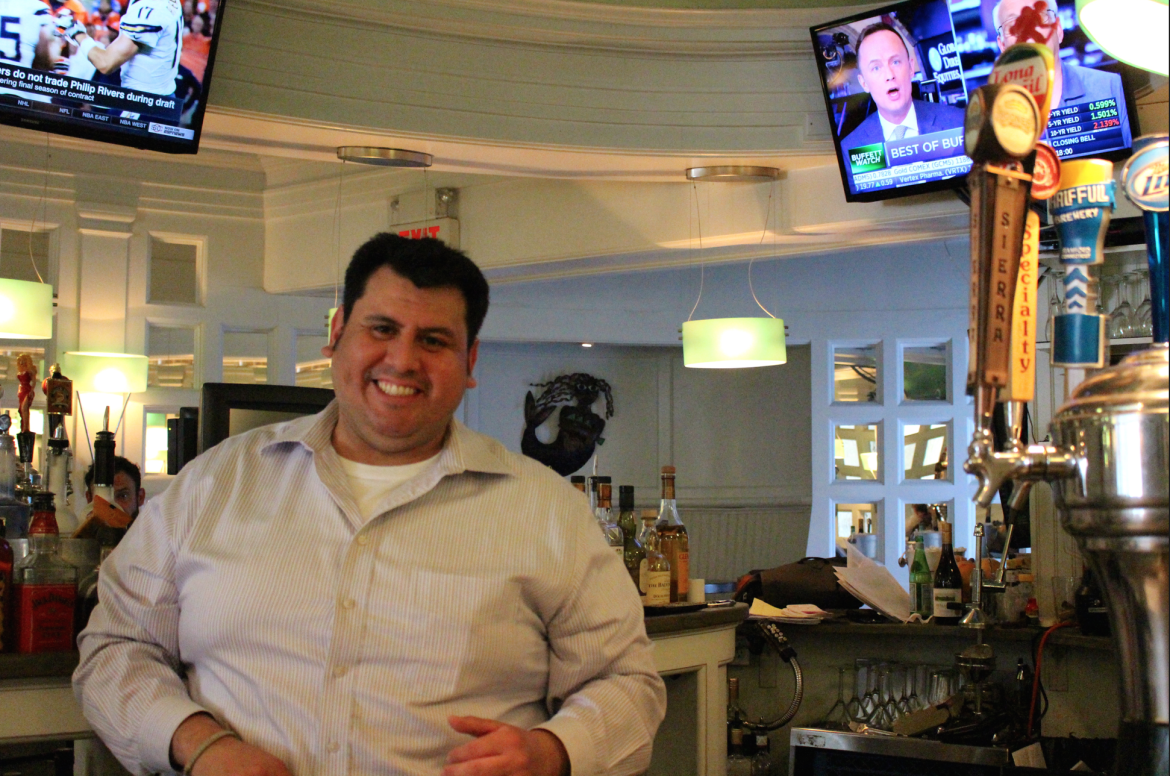 “We have great managers,” she said, introducing Ozzy Morales behind the bar. Ozzy started back at Thataway and has worked at Beach House Café since it opened in Old Greenwich 11 years ago.

“You have to be friendly to work here,” Teresa continued. “You have to like people to work here,” she said adding that is important to make everyone feel welcome. “There are restaurants that are pretentious. And some people like that. I don’t really get it, and I don’t want to be like that.”

And, obviously, it is key that the food is good. On that note, Teresa makes a beeline to the kitchen, where she introduces Peter Ward who we find tidying up between lunch and dinner shifts. Popular Beach House menu faves include fish tacos and lobster rolls.

Teresa, Ozzy and Peter all epitomize the success of Beach House Café. They are friendly and welcoming, and the food is consistently good. “This is our time,” Teresa said, gesturing to the outdoor seating on the sidewalk in Old Greenwich. Head to Beach House Café for some great sidewalk dining, or pick a cozy booth in the beach-themed restaurant.