UPDATE, Aug 15, 2017: Local rescuer Tina Aronson receoved word from a Riverside mom  on Monday night saying, she too had found a blue Budgie around the same time Jeffrey the friendly blue Budgie planted himself on the concession stand at Tod’s Point.

The second bird was found in the Havemeyer area, not too far from where Jeffrey landed.

The second bird, whose foster family is calling Josephine, has now joined Jeffrey in a spacious bird cage and both are waiting to see if their owner comes forward. 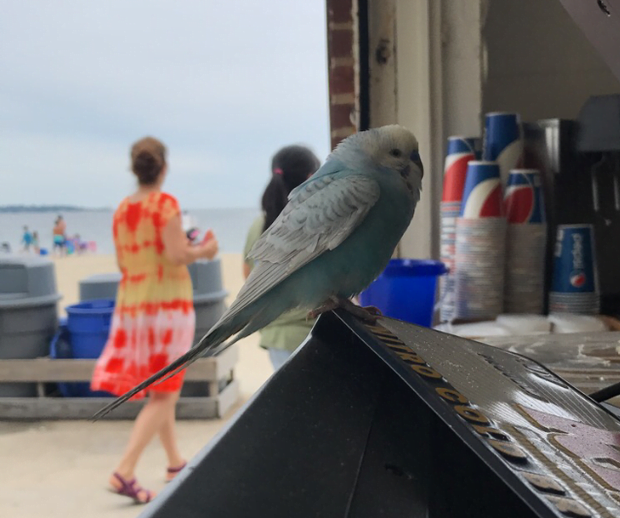 Concession stand workers noticed the bird was very friendly because he flew away and then returned, coming very close to the people in and around the stand.

While there are parakeets who make Tod’s Point their home, this Budgie, who concession stand workers decided to call Jeffrey, obviously had been someone’s pet.

A Budgie, short for Budgerigar, is a type of parakeet. They are a small, long-tailed, seed-eating parrots.

Then, volunteers from Pit Stop Rescue, a division of Cat Assistance, arrived with a small bird cage and Jeffrey hopped from the crate to the bird cage. 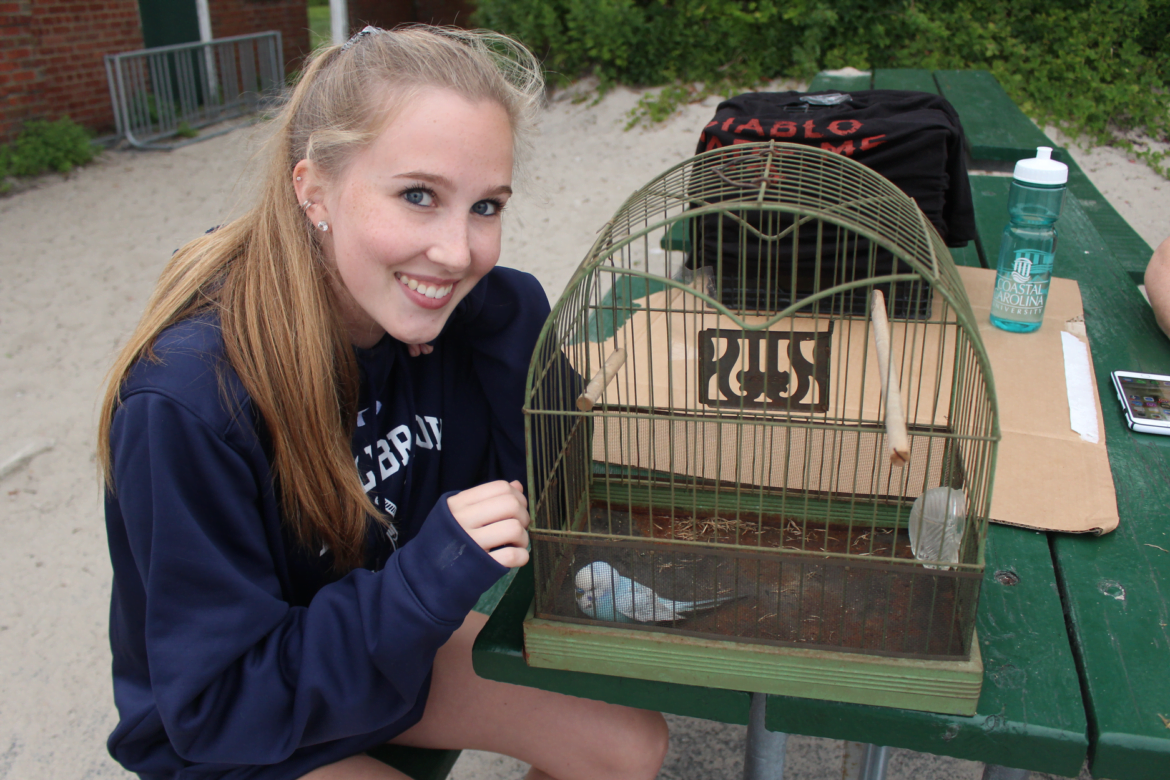 On the way to the pet shop for bird seed and a bigger bird cage, Jeffrey chirped happily. It wasn’t long before he ate a bird seed dinner and had a nice drink of water.

If by chance Jeffrey belongs to you email [email protected] 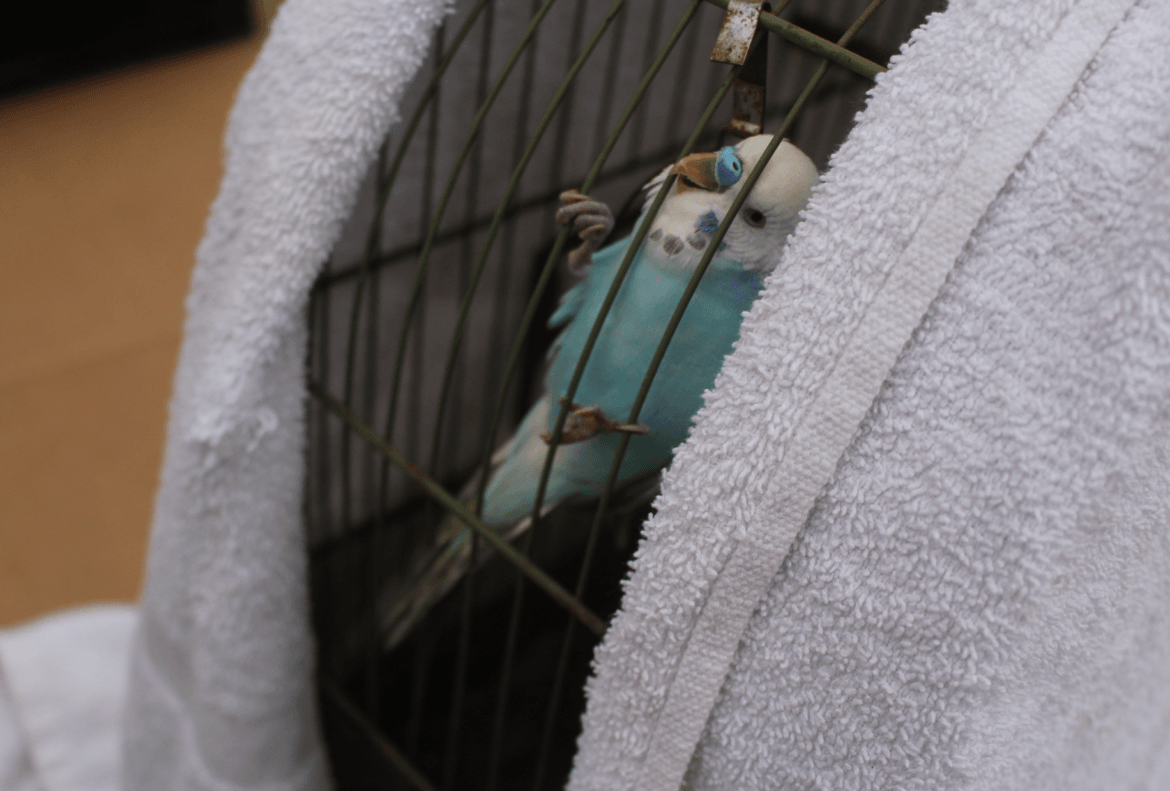