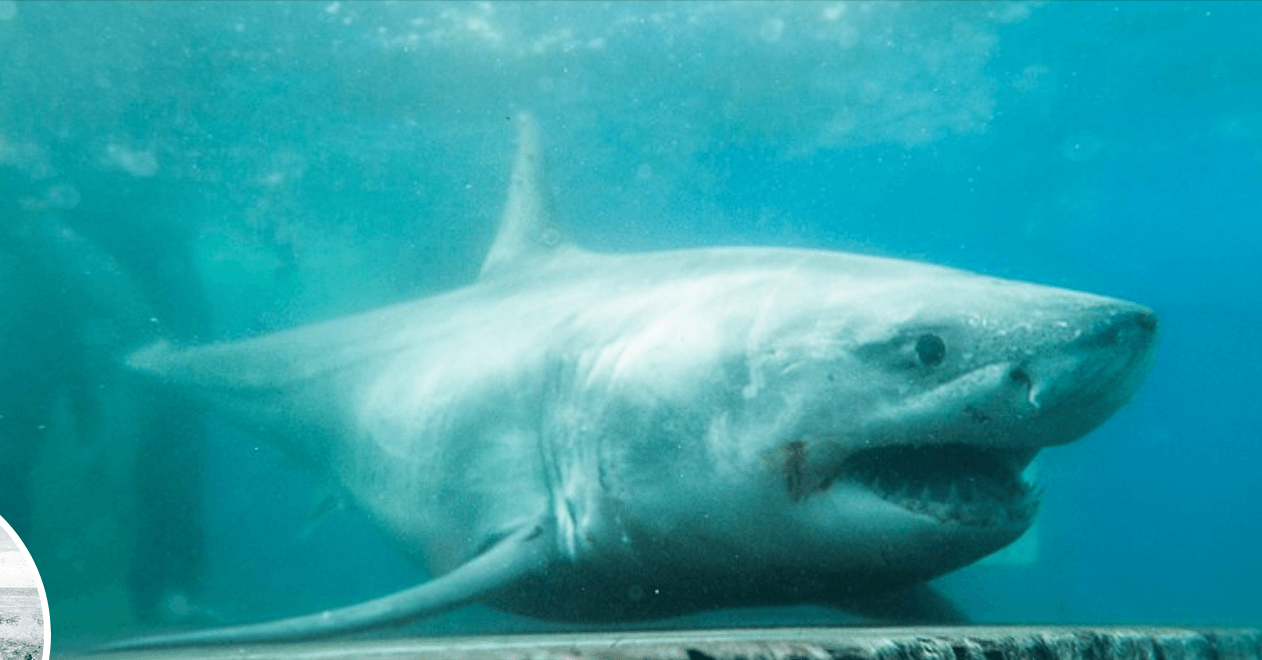 Be advised! For the first time ever, we are tracking a white shark in the Long Island Sound. 9’ 8” @GWSharkCabot is just off the shore near Greenwich. Follow him using the browser on any device at https://t.co/paqCMWe00M pic.twitter.com/td8e5eZUUY

It sounded like another sequel to Jaws, yet this time it is fact, not fiction.

OCearch, a research team, who tagged and located a great white shark named Cabot, aims to make scientific strides on the nature and the state of marine life both domestically and world-wide.

At approximately 10:50 am Monday, OCearch tweeted that “Cabot,” the 9-foot-8-inch Great White Shark had triggered their tracking system in Long Island Sound, located in the water between Tod’s Point and Great Captains Island.

“Be advised! For the first time ever, we are tracking a white shark in the Long Island Sound.” @GWSharkCabot is just off the shore near Greenwich. Follow OCearch using the browser on any device at https://t.co/paqCMWe00M pic.twitter.com/td8e5eZUUY

MacMillan said his concern was for kite surfers. “When they hit, it could sound like a seal,” he said.

Greenwich resident David McPherson said he was unaware of the sighting of the shark Monday afternoon as he was paddle boarding around the perimeter of Greenwich Harbor.

“Truthfully, had we known about the great white, it wouldn’t have changed our decision to get out on the water,” McPherson said in an email to GFP. “For all of the coverage this unique event is receiving, it is my hope that the shark’s visit says as much about the improved water quality, due greatly in part to organizations like CT Fund for the Environment/Save the Sound, than it does about large, scary things lurking in the deep.”

Ocearch.org,  the marine life organization that has been tagging and tracking the great white shark, issued an advisory on Monday that the nearly 10-foot-long, 533 pound great white shark, named after the explorer John Cabot, was spotted in the waters off the Greenwich coast.

Tracking by OCearch is done using GPS “ping” signals. The shark’s ping was logged around 9:00am Monday morning.

MacMillan said of OCearch that “They chase sharks for ecological reasons.” He added that typically the great white shark travels New Brunswick and Chesapeake, yet this is the first time a great white has been located in Long Island Sound.

Coincidentally, there is a shark exhibit at Bruce Museum currently on display.

“Maybe that’s why the great white is here, just to pay homage to his ancestors,” MacMillan joked, adding, “A boater reported seeing a large fin. Even porpoises don’t have that high a fin.”

Eleanor Dabney is a member of the GHS class of 2019 and will be attending the US Naval Academy in the fall.