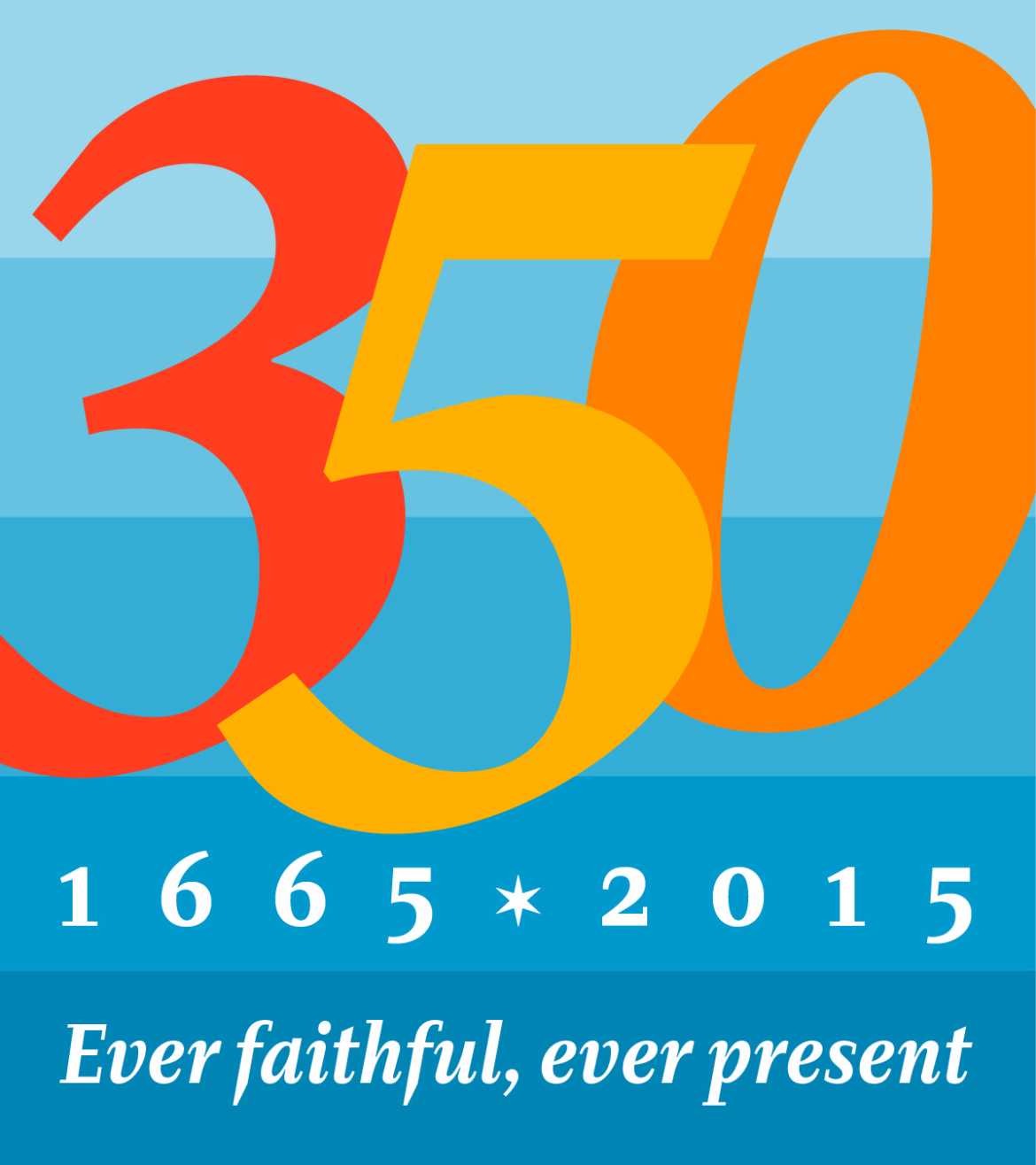 On Sunday, May 10, The First Congregational Church of Greenwich, the oldest church in town, will be kicking off a year-long celebration of its 350th Anniversary!

In the year ahead the church will “honor the past, celebrate the present, and lean into the future.”

In the beginning … On a summer day in 1640 a small group of families landed on what is now Old Greenwich, seeking to build a community in the uneasy no-man’s land between English New Haven and Dutch New Amsterdam. The Town of Greenwich dates its founding to when these first settlers “bought” land from the native people in 1640 and, so, the town is celebrating 375 years in 2015. Even though church services were held in the homes of these settlers in early years, it took another 25 years before the church and town were chartered by the General Assembly in Hartford, and Greenwich officially became a town.  “The First Church of Christ in Greenwich” was also established at that time. Today, after more than three centuries of mergers among churches seeking to be both united and unifying, it is part of the United Church of Christ and known as The First Congregational Church of Greenwich in Old Greenwich.

As part of this year-long celebration running from May 2015 to April 2016, First Church will be honoring its past, celebrating its present and leaning into the future. To honor its long and storied past the church will publish an update to its First 300 Years, published in 1967.  Church members are compiling memories from seniors and digitizing records and photographs. In partnership with the Town of Greenwich’s 375th Anniversary, the church will be kicking off an Old Greenwich neighborhood tour on Saturday, May 16 at 10 am. There will be a slide show and discussion of historical points of interest followed by a tour of the church’s stained glass windows that are related to the town’s history and people of note buried in the main cemetery, including the Binney Family.

“Celebrating the present” will include music, art, guest speakers, parades, and parties. The Brenda Stiers Memorial Lecture Series will be kicking off on Sunday, May 17 at 6 pm with a fabulous presentation by Dr. Maryan Ainsworth, Curator of European Paintings at the Metropolitan Museum of Art with a talk entitled “Saints and Relics: Cranach’s Saint Maurice and Luther’s Reformation” followed by a wine and cheese reception.

“Leaning into the future” will focus on making a difference both in the life of First Congregational Church and the wider world.  A capital campaign will make significant improvements in and around the church, and will also raise money for outreach to serve others in need in nearby communities and the world.  Serving others outside the congregation has long been a tradition of First Congregational Church and its members.  In fact, the legacy began as early as 1810 and flowered in 1852 when children in the congregation and Sunday schools across America contributed 10 cents apiece to build the missionary ship, Morning Star, to carry humanitarian aid across the Pacific.

First Congregational Church has been an integral part of the Greenwich community for 350 years and continues to serve it today.  Many local organizations meet in its buildings and use its facilities for gatherings and performances.  It is also a place residents of the community turn to in times of need.  For those without a church home, First Church provides a place for memorial services and weddings.  Since 1950, the church has hosted about 1600 weddings, 2000 baptisms, and 1900 memorial services.

First Congregational Church is open and welcoming to people of all ages, theological perspectives, and stages of faith development. The public is always welcome to all church events.

The First Congregational Church of Greenwich is located at 108 Sound Beach Ave., Old Greenwich (across from Binney Park). 203-637-1791, www.fccog.org. All are always welcome.