The Greenwich Boat Show is celebrating its 10th year. The boutique in-water show has built a reputation by offering a diverse selection of new power boats and yachts.

The show features sea trials on Long Island Sound for boaters, anglers and families. Expect 100 new boats representing 40 brands from 18 of the best dealers in the region. Also, on land, Lamborghini will return with two of their newest models.

This year there are two new dealers at the Greenwich Boat Show  – Ribcraft and Lekker Boats. 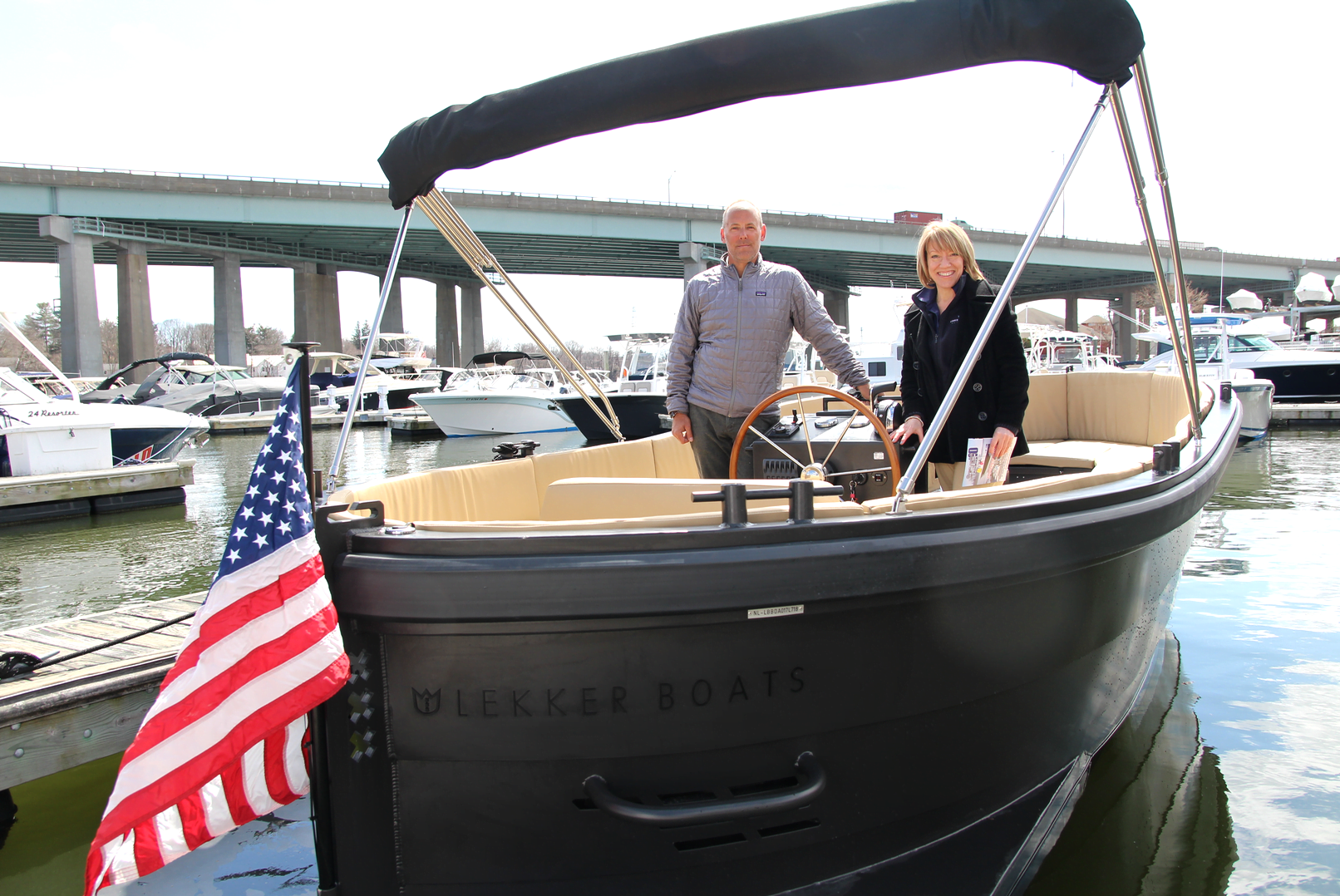 “They’ve been making these boats for four-and-a-half years,” Jackson said, as he pointed out the boat’s unique swim platform.

“Its design offers better stabilization and buoyancy,” said Ed Randall. “We can’t go anywhere without a crowd coming out and people asking, ‘What is that?’ We say, ‘It’s a Lekker from Amsterdam.'”

Randall said the boat at the show has a matte finish that took about three weeks to paint.

“It leaves you with a no maintenance hull. It’s not expected to look shiny. It doesn’t require waxing, buffing or polishing,” he said, adding that at the recent show in Atlantic City, the Lekker boat won Best Product.

“You build your own boat. We chose black, but they’re all made to order. One customer requested red, white and blue and another ordered racing green.”

Jackson described the Lekker boat as a Dutch canal boat married with an Australian life boat.

“It literally carries 16-20 people. We’ll get 40 knots out of her, and it handles really well. It’s a great cocktail cruiser, and, really, 90% of boating is social,” Jackson said.

Come see the Lekker boat at the Greenwich Boat Show this weekend! 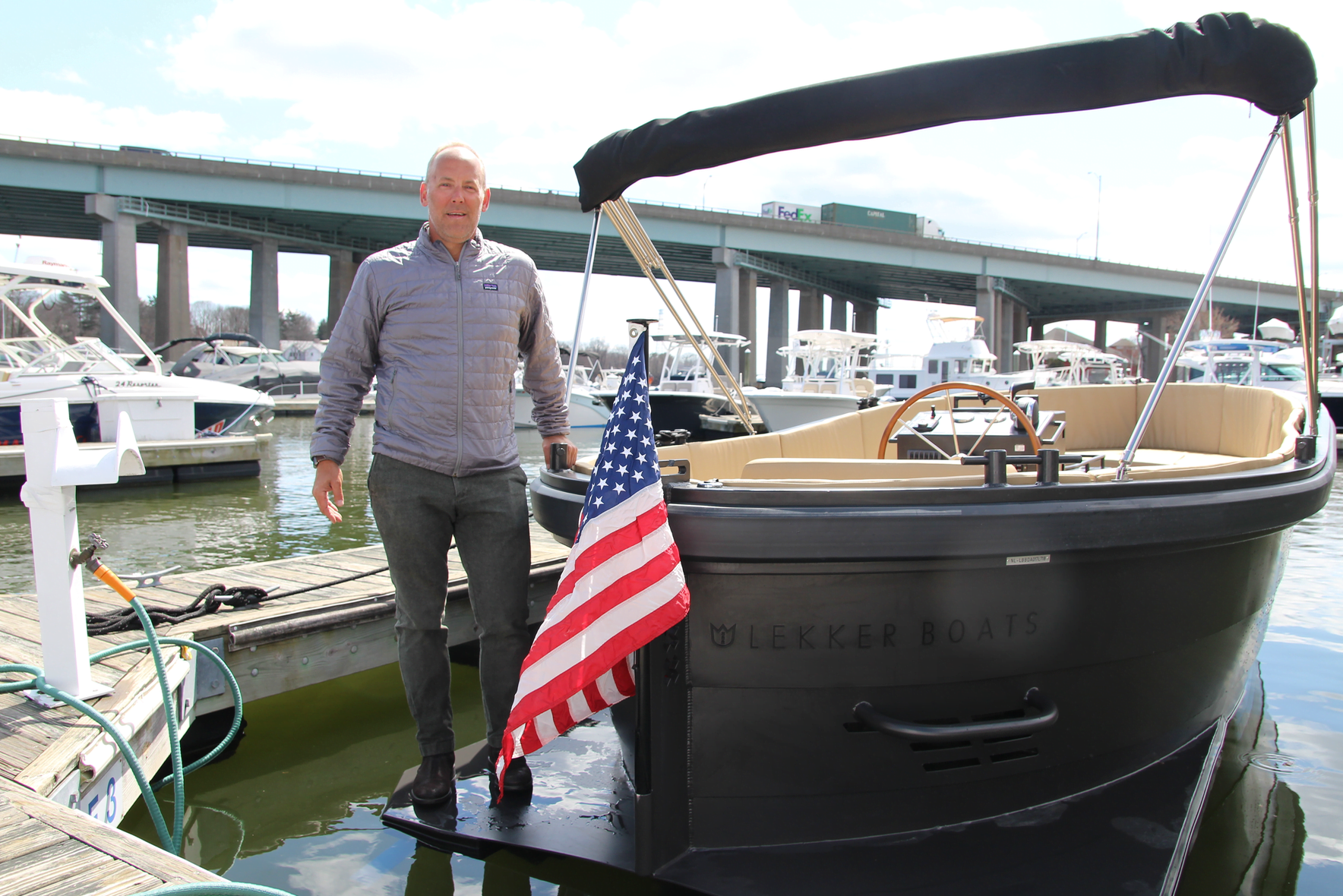 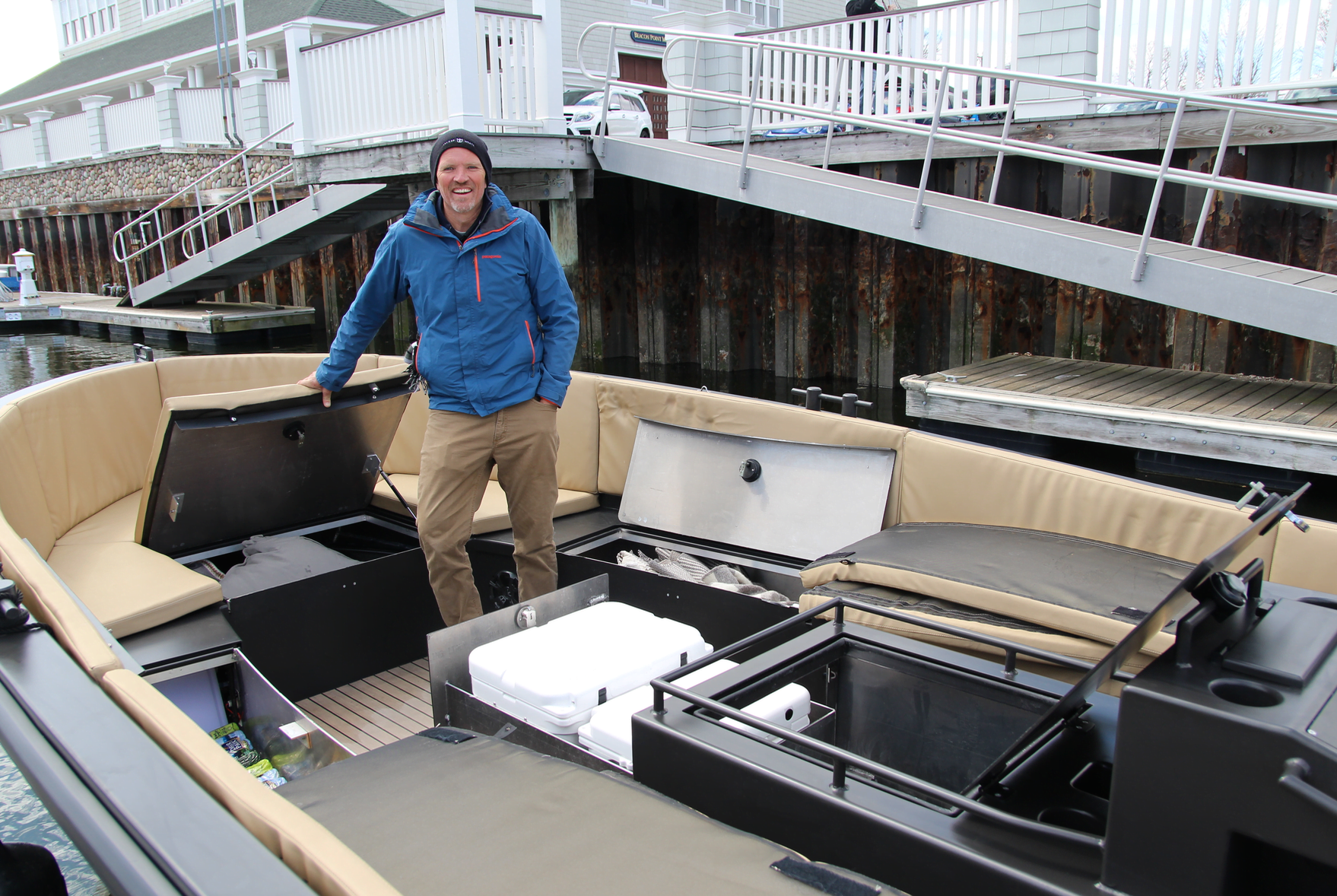 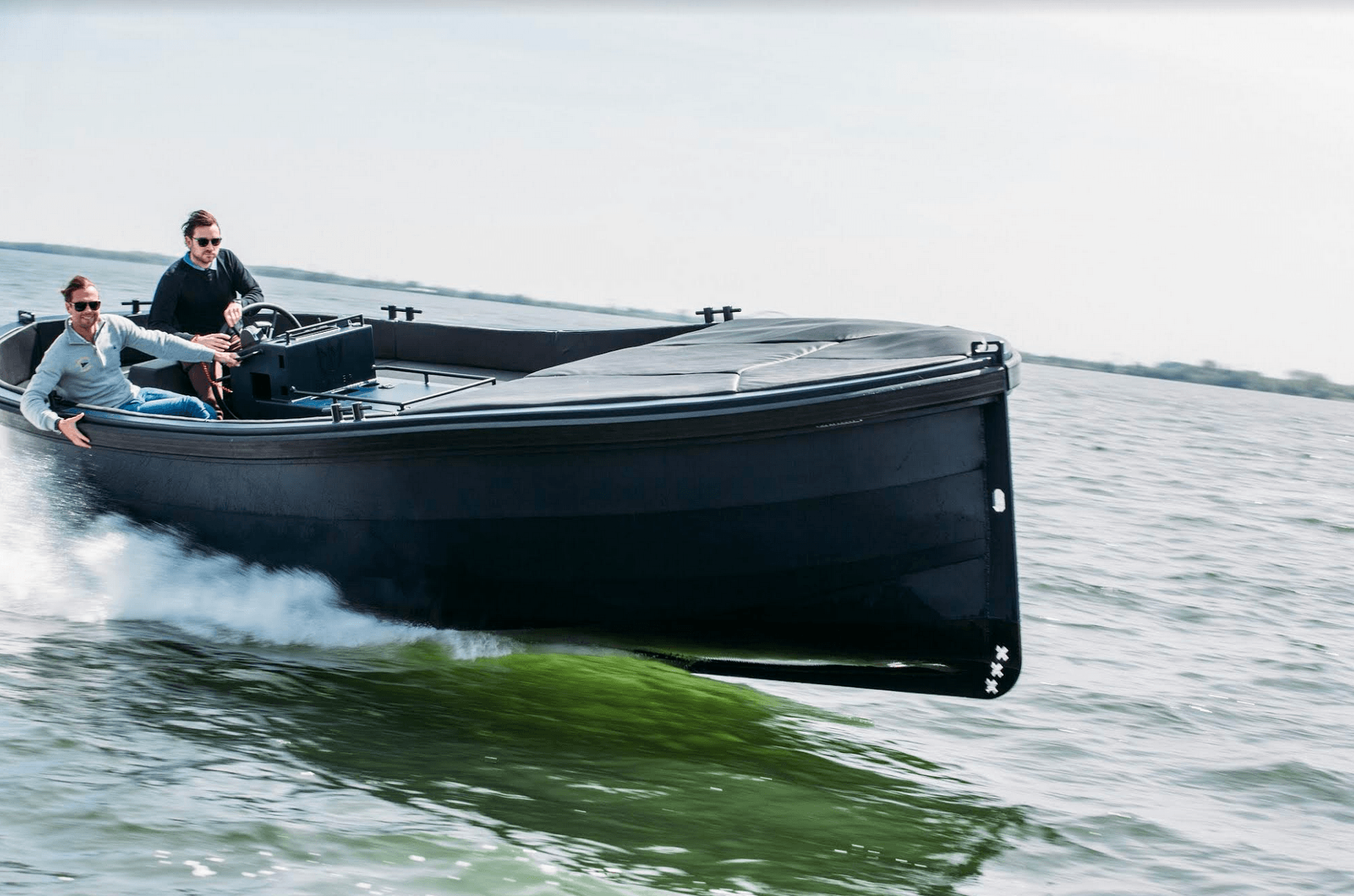 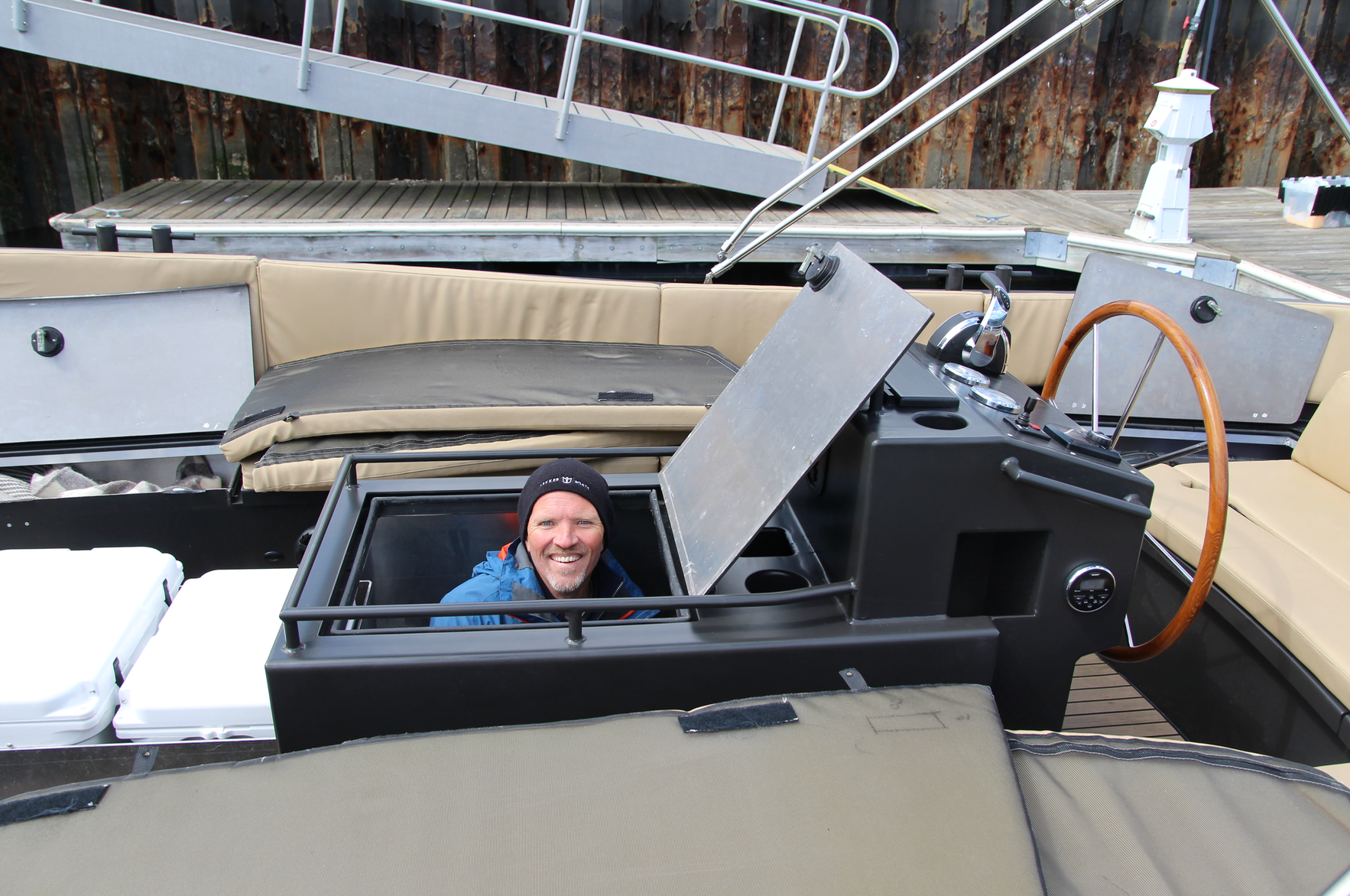 Ed Randall demonstrates the storage capabilities of the Lekker boat.