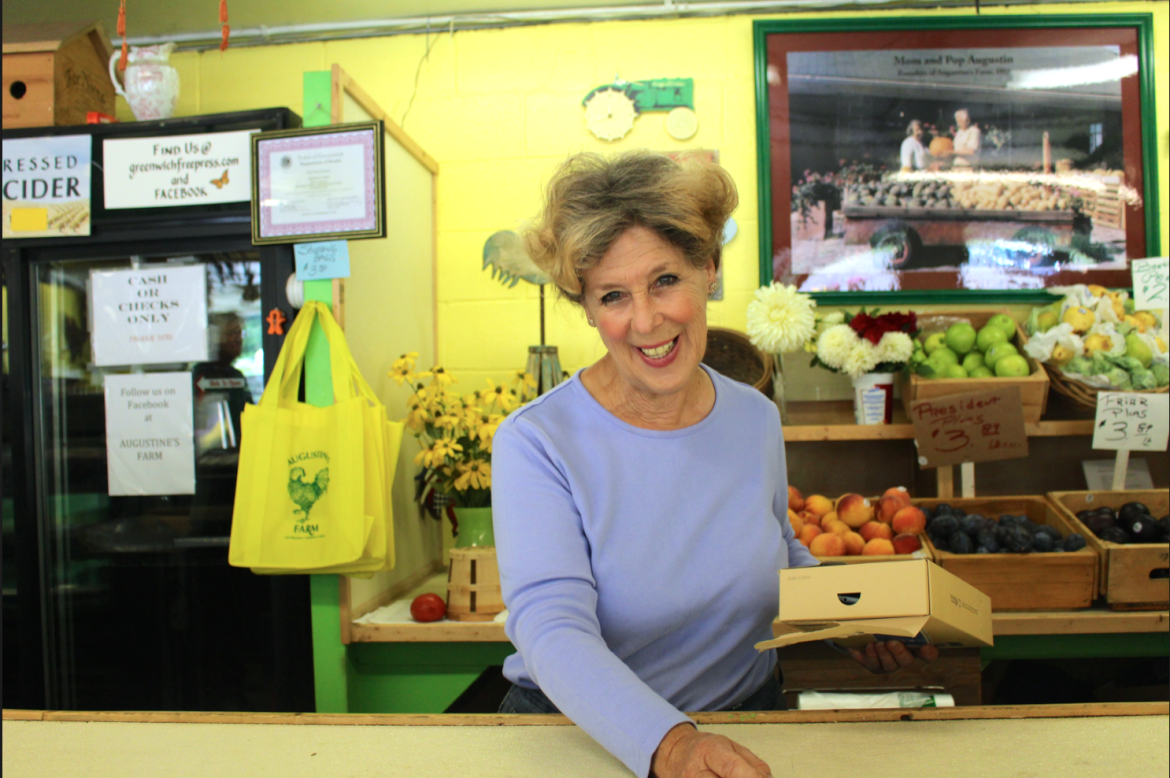 Augustine’s Farm was last featured on Aug 11, the day Farmer John and Scotty were about to plant a field of corn. In just a month, the corn has shot up and will continued to be picked daily for several weeks to come. 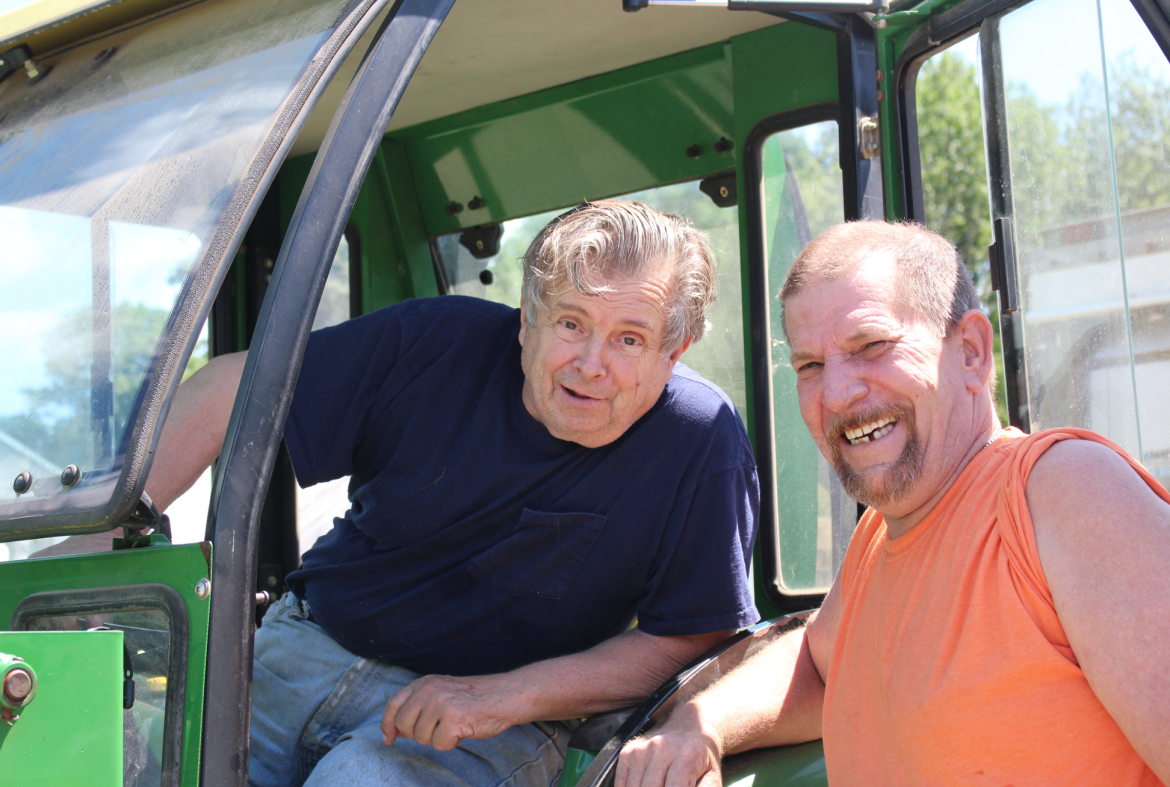 Farmer John and Scotty on Aug 11 getting ready to plant a field of corn. Credit: Leslie Yager 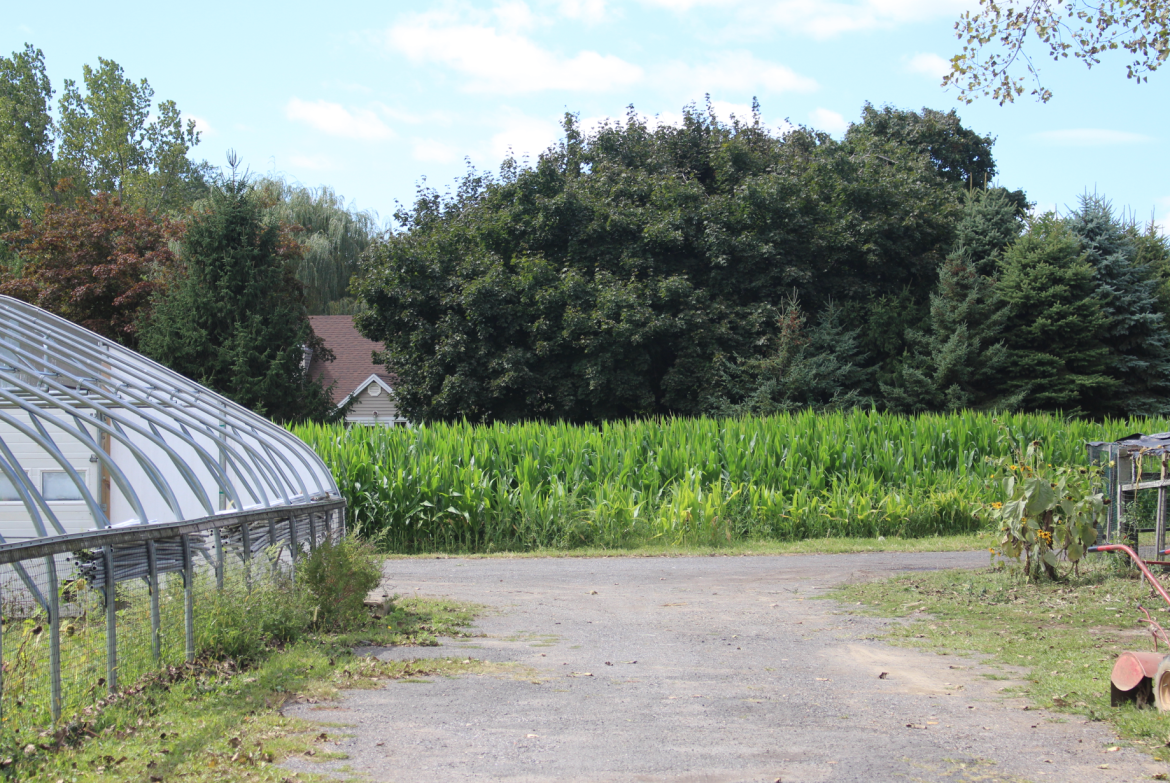 The field of corn behind farm stand after just one month. Credit: Leslie Yager

On Monday, the air was cool and the farm stand at Augustine’s Farm brimmed with fresh vegetables and fruit.

Farmer John rattled off a list of what’s available at the farm stand:

There are also brussel sprouts, grown right on King Street, and several varieties of cabbage including red, white and Savoy.

Though the Roly Poly squash is reaching the end of its run, there is winter squash, Delicata, sweet dumpling, acorn, butternut and white Patty Pan.

And delivered from Marlboro, NY, there are Macintosh, Red Delicious and Gala Apples. “The apples are small this year, but they are sweet and delicious,” Farmer John said.

“Maybe this week, if they color up a bit, I might pick a few pumpkins,” Farmer John said, adding that it felt a bit early to think about Halloween.

Hanging from a pole along the ceiling are bunches of stick garlic. “A customer came in the other day and asked, ‘Why is the garlic dirty?'” Farmer John said. “I told her, ‘Because the other garlic you’re used to buying is dipped in an acid bath.'”

Other vegetables that come in a variety of shapes and sizes include eggplants and peppers.

Behind the counter are so many varieties of peaches and plums, that it’s easy to get distracted and miss the stack of corn behind the register. 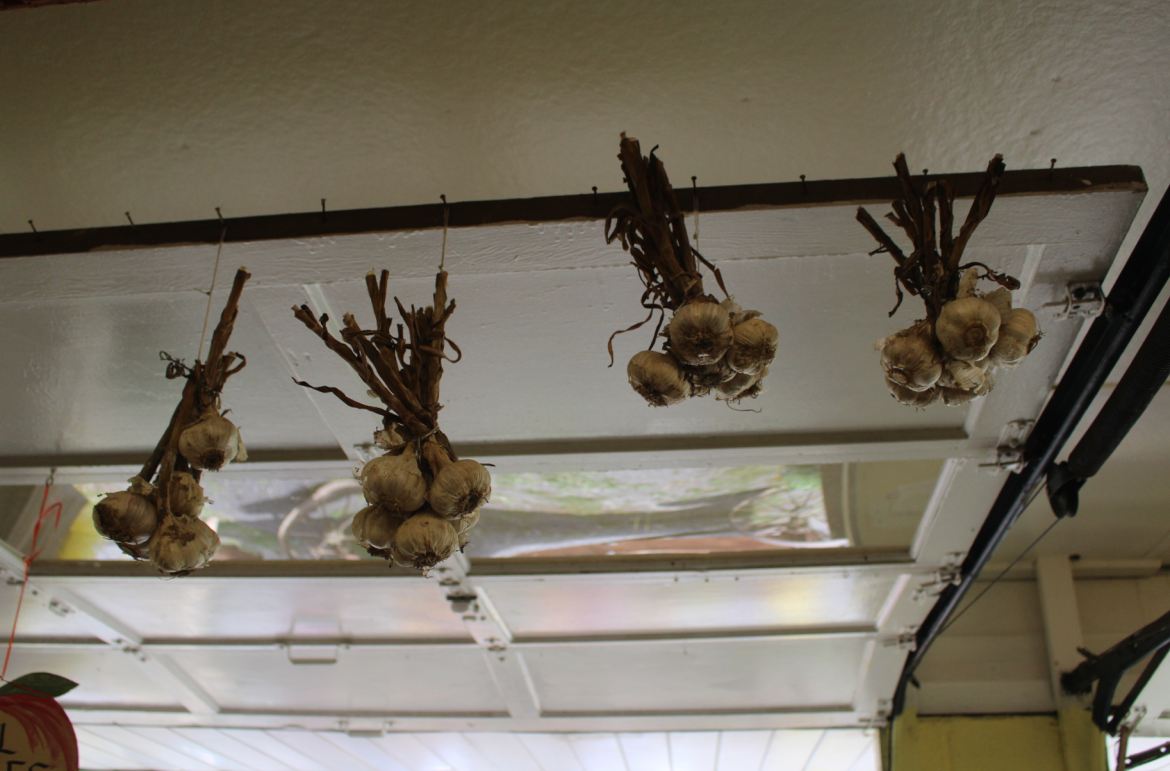 Stick garlic is dirty, which it should be. It’s grown in Greenwich and Farmer John said unlike what most people are used to, this garlic is not dipped in an acid bath. Credit: Leslie Yager 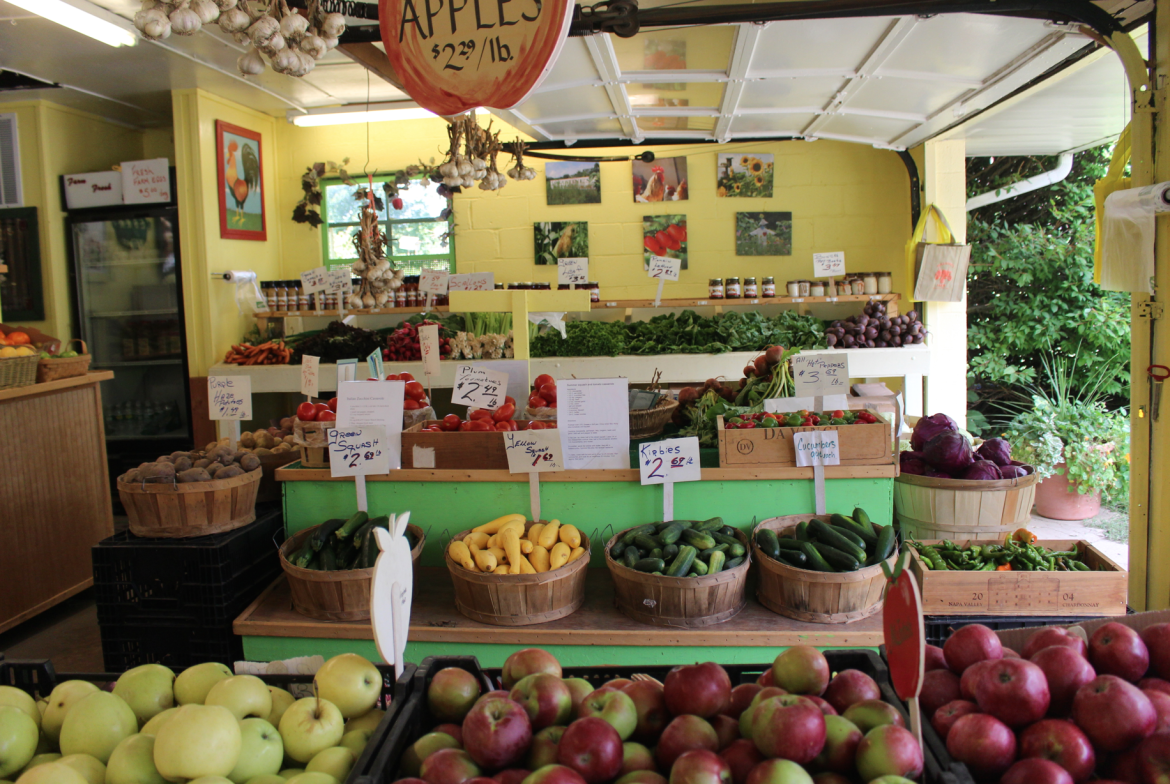 Fruits and vegetables at Augustine’s Farm in Greenwich.Credit: Leslie Yager 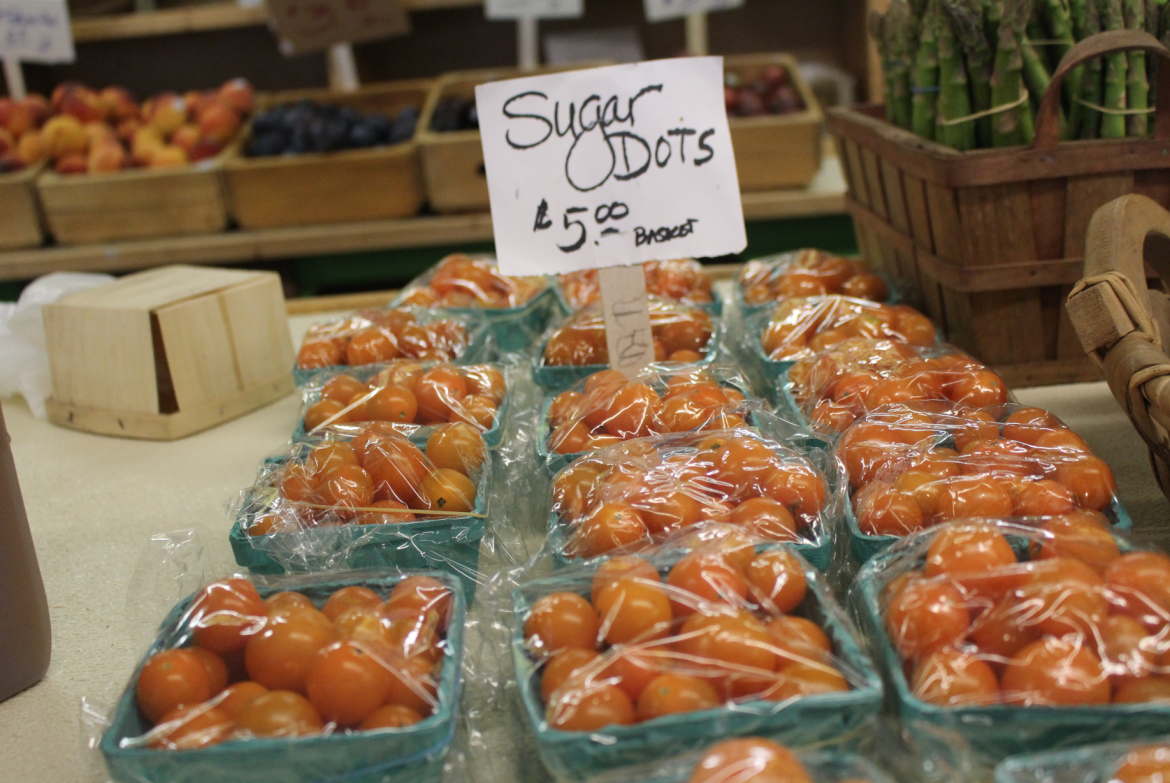 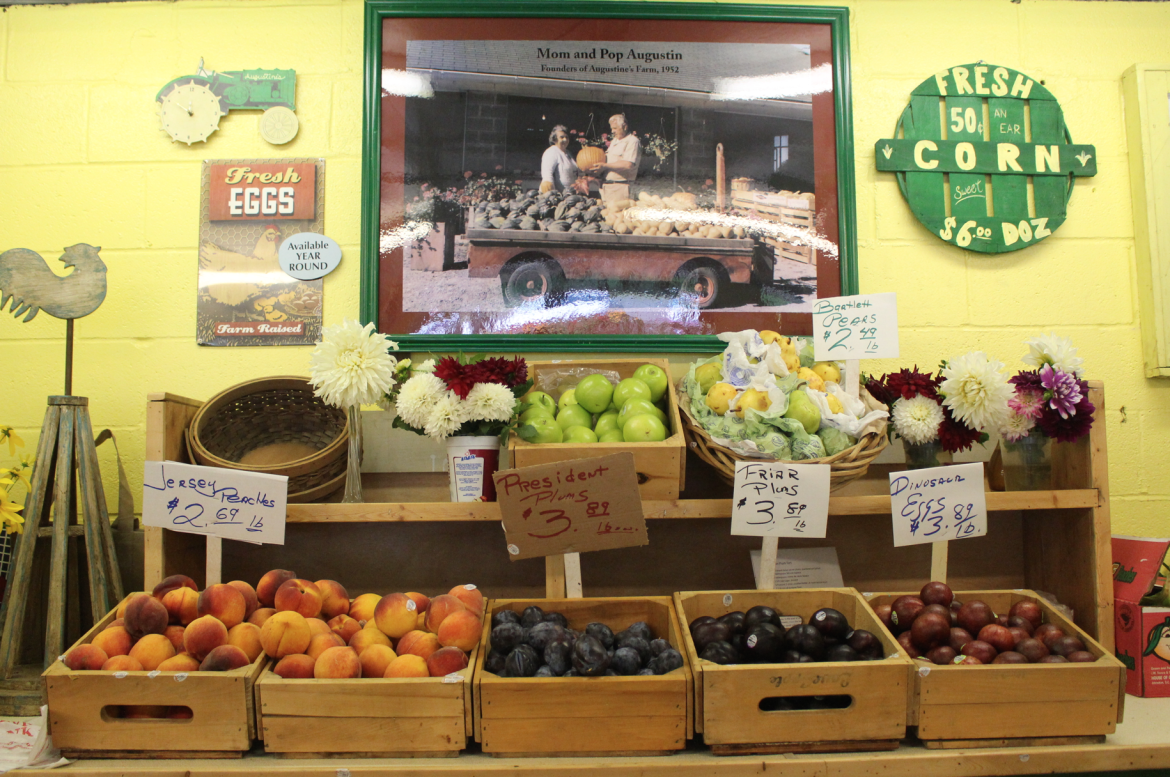 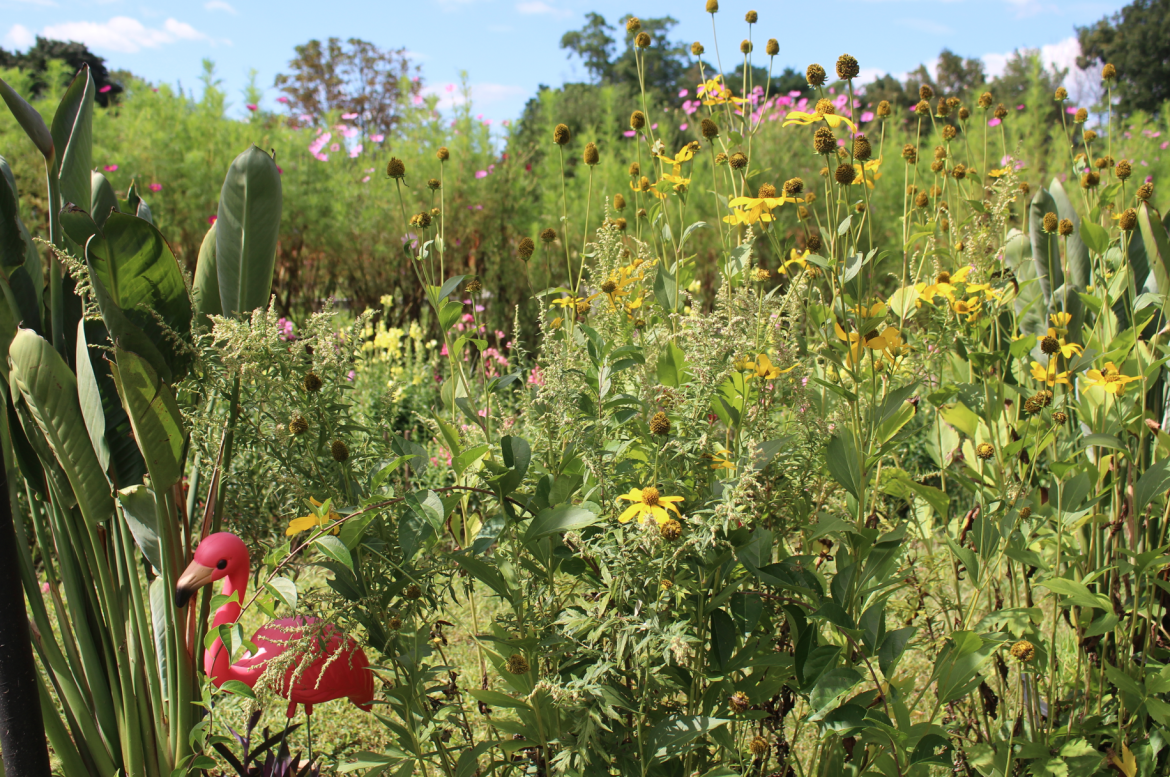 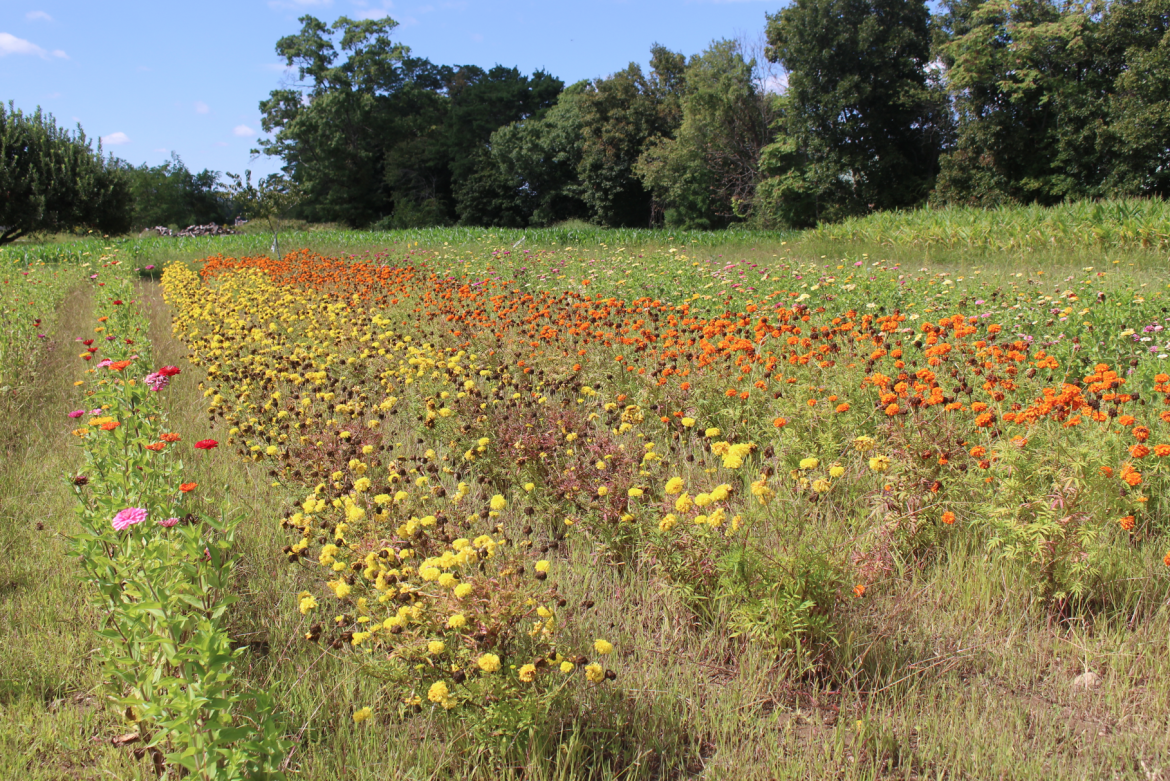 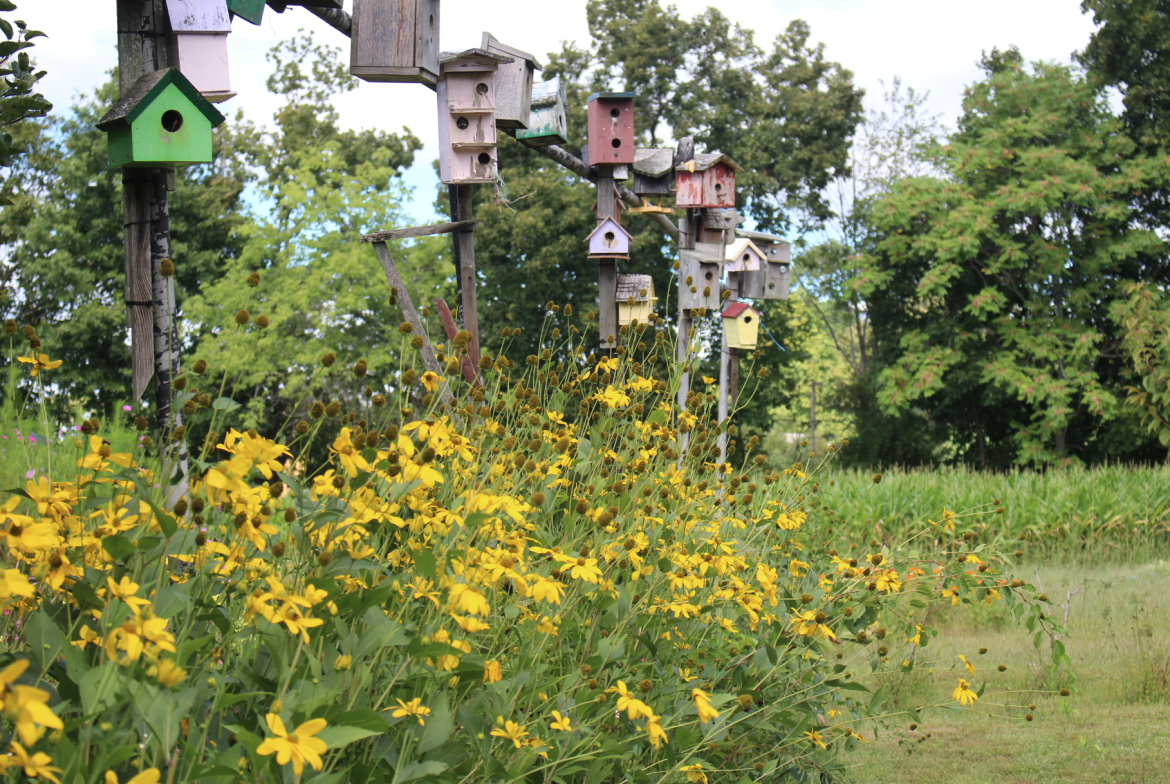 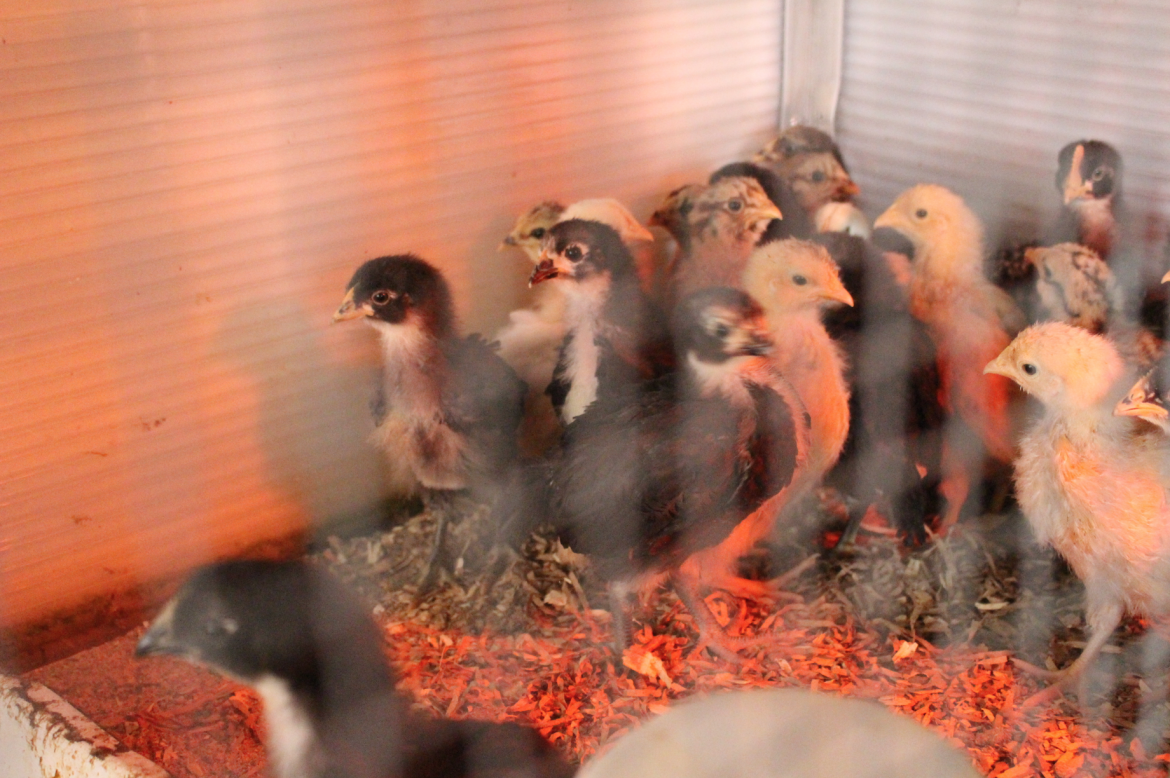 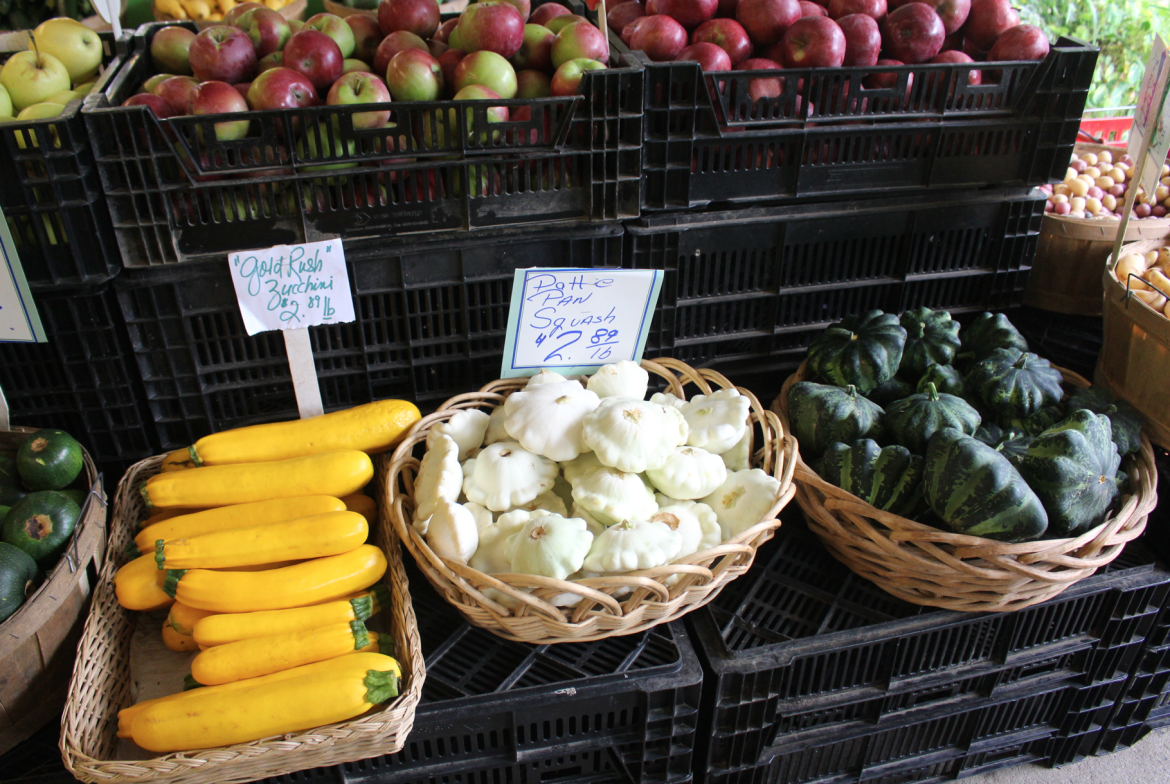 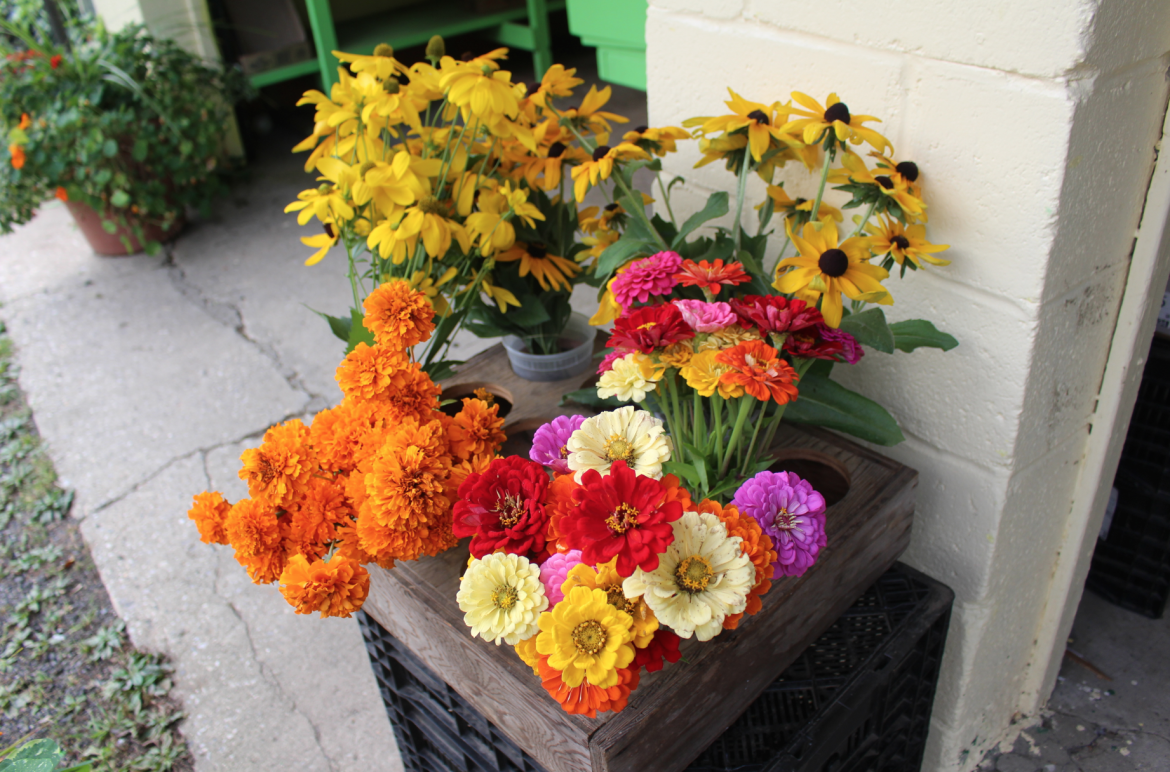 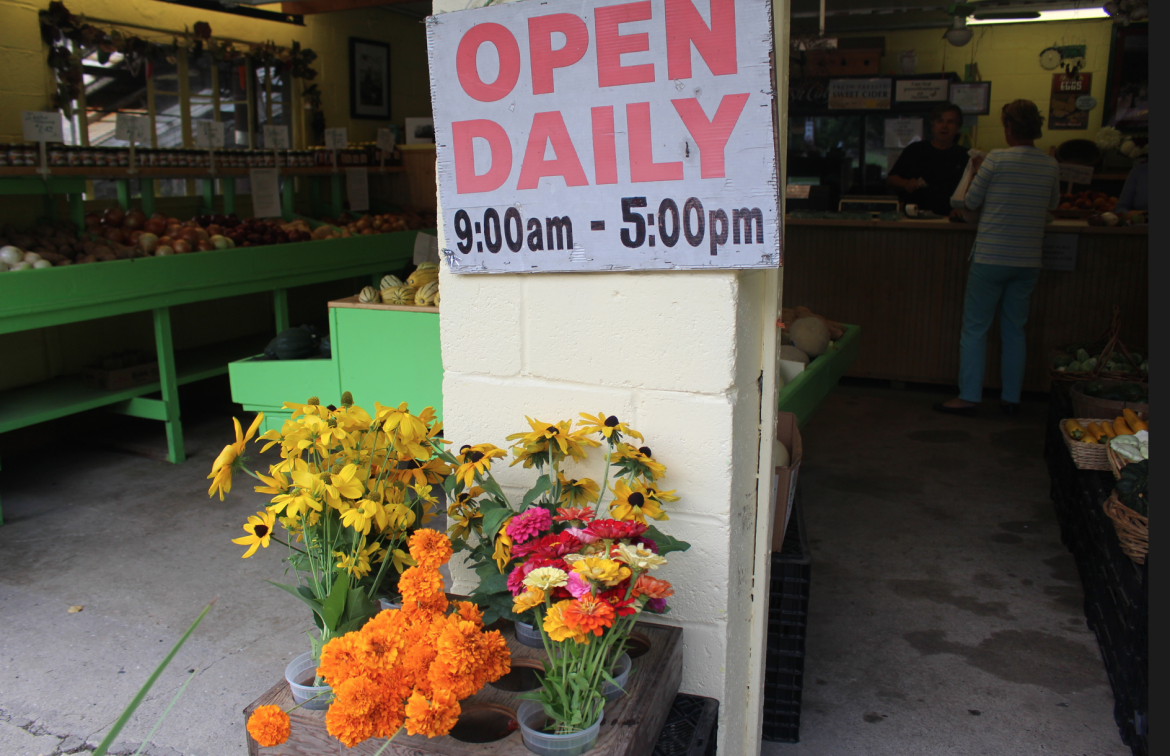