The Astronomical Society of Greenwich and Greenwich Library are pleased to have Dr. Chuck Hailey, Pupin Professor of Physics; Co-Director, Columbia Astrophysics Laboratory, Columbia University speak about his research, “Probing the Black Hole Population of the Galactic Center with X-rays.”

The talk is Sunday, Sept 23 at 3:30pm at the Cole Auditorium in Greenwich Library. 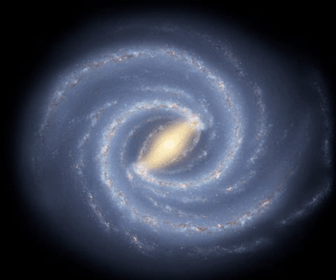 An artist\’s rendering shows the Milky Way where a supermassive black hole lies at the center. A dozen smaller black holes have now been detected, and a new study suggests the monster is surrounded by about 10,000. (Spitzer Space Telescope/NASA/JPL-Caltech/R. Hurt (SSC/Caltech)

The Galactic Center is predicted to contain enormous numbers of dead stellar remnants such as black holes, neutron stars and white dwarfs. Dr. Chuck Hailey will summarize what a variety of X-ray observatories, staring at the Galactic Center for long periods of time, have learned about these populations.

In particular he will address a great mystery; while the Galactic Center is theoretically expected to contain about 10,000 or more black holes, there has been virtually no sign of them. But evidence for such a population has recently been revealed through X-ray observations. Dr. Hailey will discuss the discovery and its implications for future studies of galactic stellar dynamics and gravitational wave radiation.