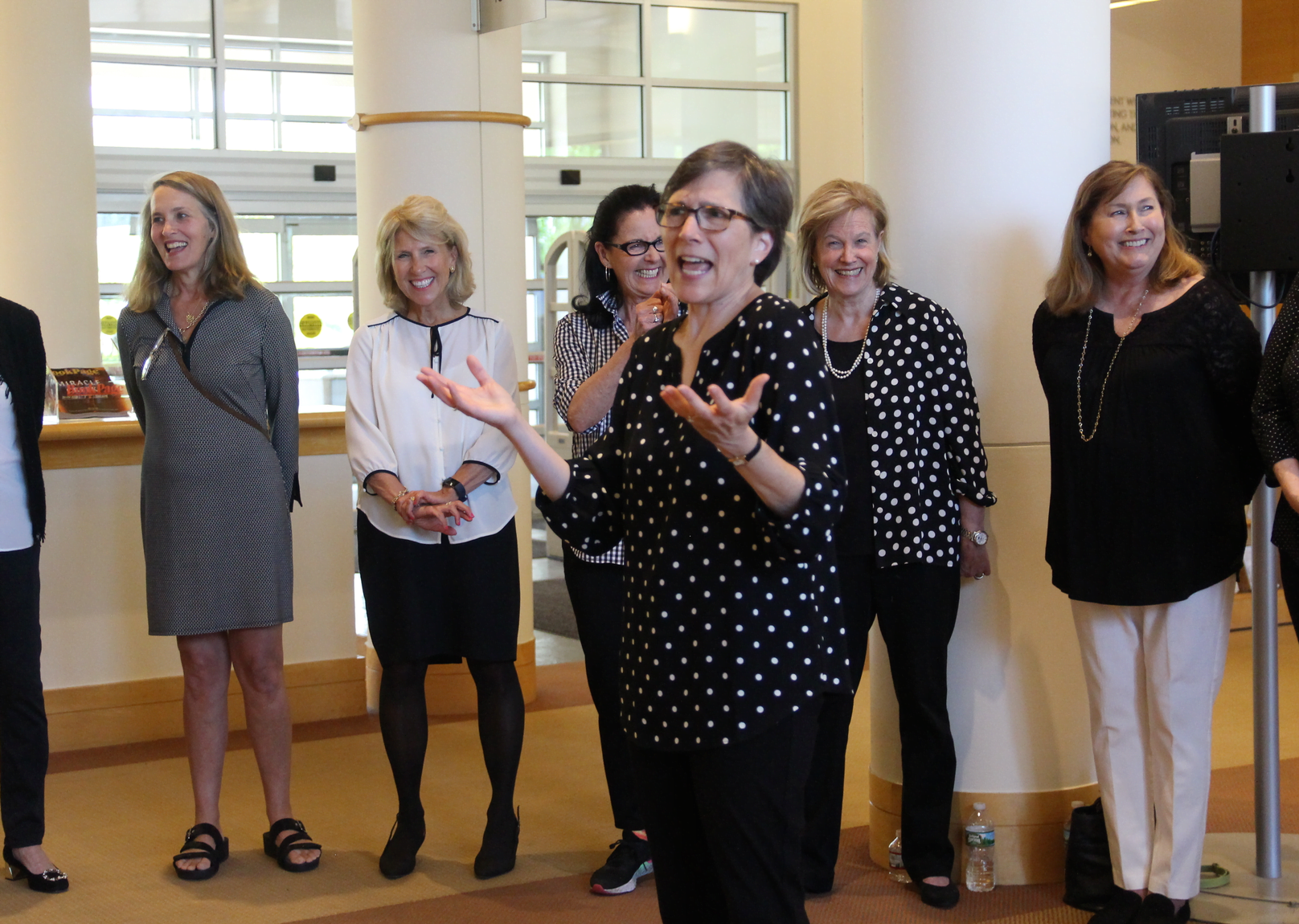 On Thursday afternoon the Grace Notes sang at Greenwich Library to commemorate the publication of an Oral History on the local volunteer women’s a cappella group.

The Grace Notes have embraced the concept of music as therapy. In fact, for over 50 years they have been inspiring, delighting and soothing audiences. Their talent and professional rigor have been enjoyed in a variety of venues, including hospitals, schools, nursing homes, private homes, and even, on Thursday the Greenwich Library.

Because, after weeks of rain, the skies finally cleared up, and the Grace Notes started their performance by singing “Blue Skies.”

After singing by the welcome desk the group performed on the second floor and in the children’s room.